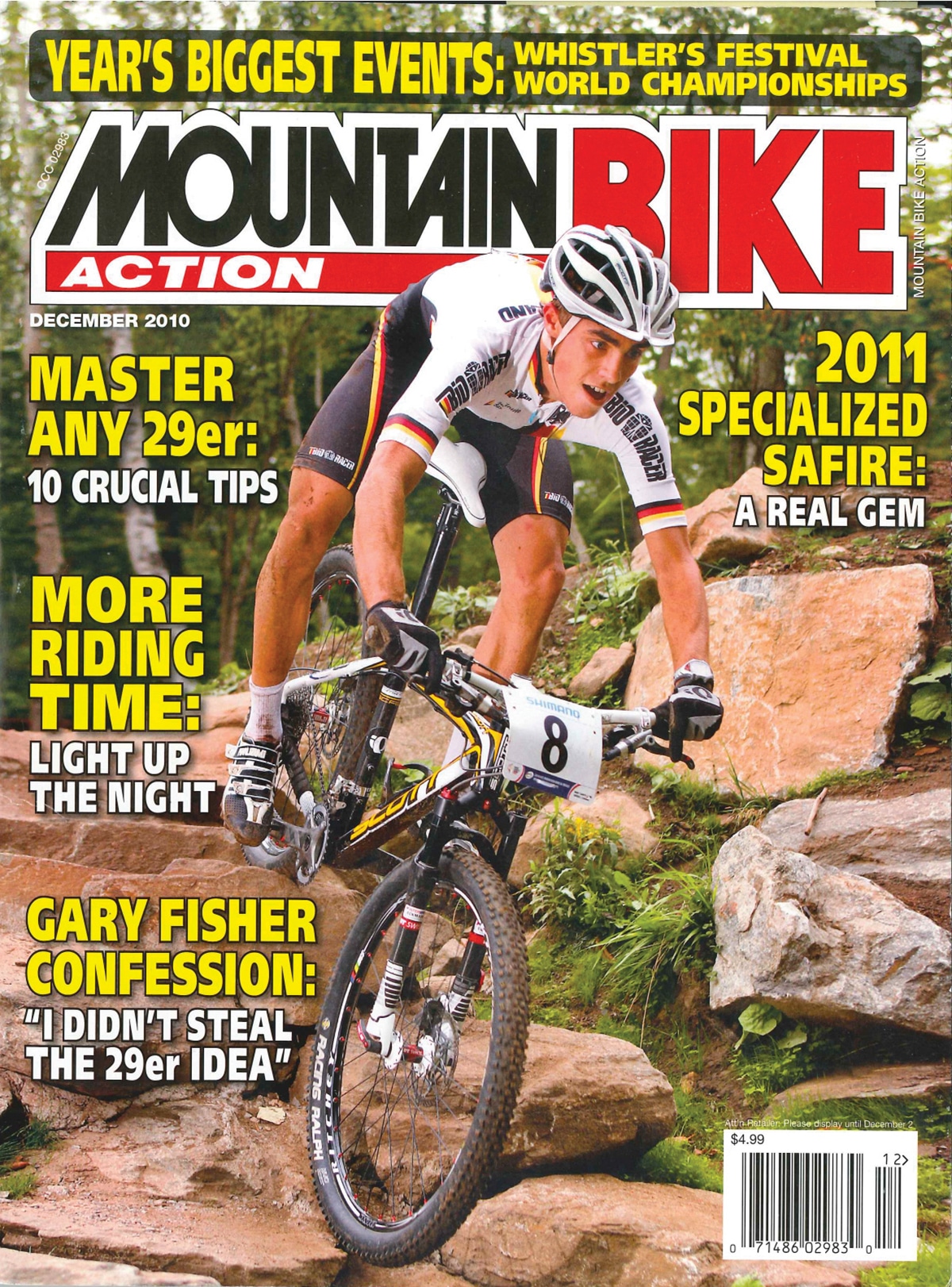 Ten years ago, most mountain bikes still had 26-inch wheels. Riders were still adjusting to the growing popularity of 29-inch wheels, and many were wondering if it would make sense to get a bike with the bigger wheels. We offered tips in that issue to guide readers in how to adjust to riding 29ers. Nevertheless, MBA had begun doing tests comparing the riding characteristics of 26-, 27.5- and 29-inch wheels in our magazine and finding that we liked the 27.5-inch size the best.

Now, as we near the end of 2020, it looks like the 29-inch wheel size is replacing the 27.5-inch size as the most popular wheel size among most mountain bikers, except for riders who like the more flickable feel of the 27.5-inch wheels for trail riding and jumping.

In the Worlds downhill, Australia’s Sam Hill won the men’s battle, while Great Britain’s Tracy Moseley took the women’s title. Aaron Gwin took an impressive fourth place among the men. At the time, Gwin was still a rising star who had yet to win a World Cup race, but that would soon change. The next year Gwin would win five men’s World Cup downhills and the series title. He’d win the overall World Cup series title four more times by the end of 2017. Still, by the end of summer in 2020, Gwin had yet to finish better than third in the World Championships, a feat he achieved in 2017.

On the other side of Canada, Anne-Caroline Chausson, who had won the UCI Downhill World Championship title nine times from 1996 to 2005, dominated the racing at Whistler’s Crankworx festival, winning the Garbanzo Downhill, the Air Downhill and the Canadian Open Enduro. In the men’s ranks, Chris Kovarik, Gee Atherton, Brian Lopes, Mitch Ropelato and Remy Absalon shared the glory in Whistler’s gravity racing.

Elsewhere in the issue, we interviewed the legendary Gary Fisher, who told us, “The U.S. will again be a superpower because of the high-school leagues.” He was working to build the National Intercollegiate Cycling Association (NICA) back then. Gary also talked about his work on electric bikes, which were already starting to catch on in 2010.