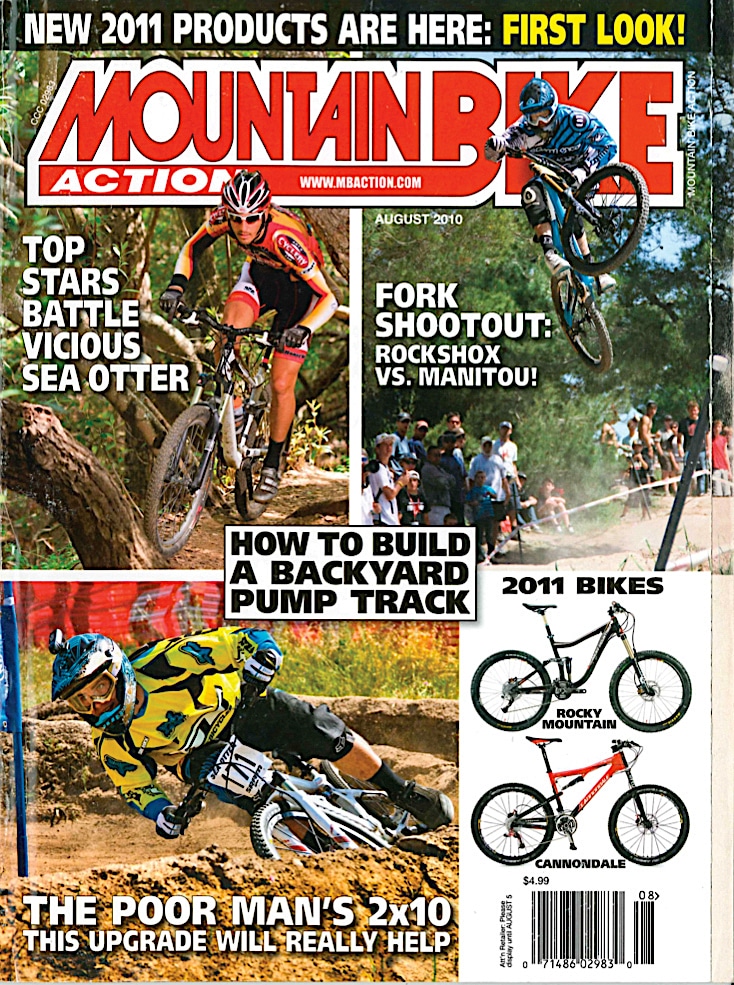 Our August 2010 issue shows how different the world was 10 years ago. The Sea Otter Classic was one of the biggest events of the year and appeared on our cover.

Of course, as we all know now, the 2020 Sea Otter Classic couldn’t be held in the spring this year due to the coronavirus pandemic. So, let’s have some fun looking back at the event from 10 years ago.

Sea Otter’s dual-slalom race 10 years ago was filled with superstars. The top two men’s riders turned out to be Mick Hannah, who won, and Aaron Gwin, who came in second.

It’s easy to forget that Gwin, who is best known for his downhill prowess now, was also a top competitor in dual slalom back then. Over the next nine years, he would go on to win 20 World Cup downhill races and five overall World Cup titles to put him one race behind Greg Minnaar for the most World Cup downhill wins in the Elite Men’s ranks in history. 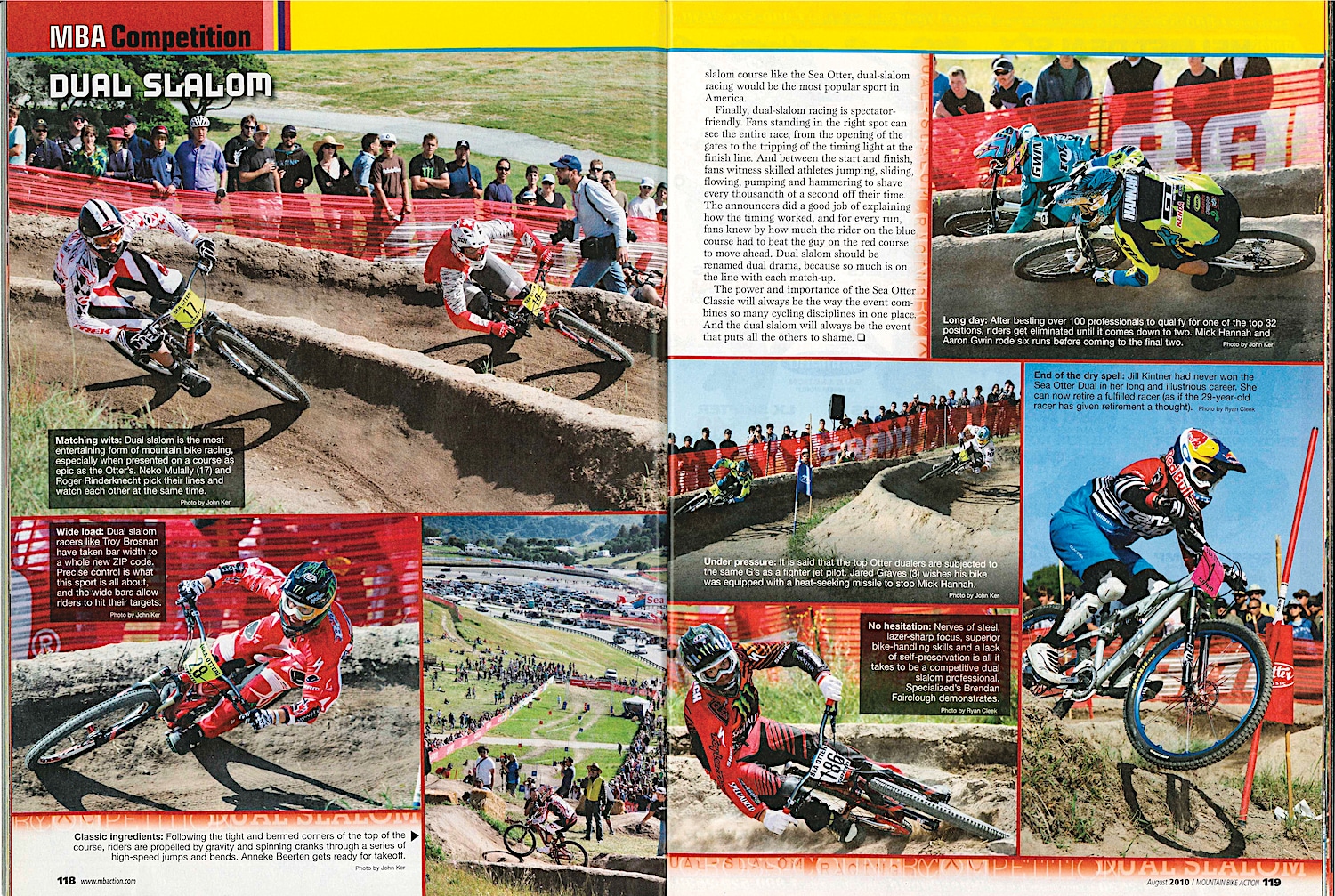 In the Pro Men’s Downhill at the 2010 Sea Otter, however, Jared Graves was the master of the course, as Gwin took second with Brian Lopes third. One of the standouts in the event was Dan Atherton, whose style landed him on the cover of our magazine that month. That’s Dan in the upper right section of the cover. While Dan’s siblings, Gee and Rachel, would both go on to be multi-time world champions in downhill racing in the next 10 years, it was Dan who scored a cover shot on our magazine.