Giro has partnered up with MIPS Technologies!

“Giro has long been an industry leader of helmet safety research, design, and testing,” said . “For several years we have collaborated with MIPS to validate and explore ways to further reduce rotational impact energy.  We feel that this slip-plane technology can offer reduced rotational impact energy transmission in certain impacts. That’s why we’re pleased to introduce MIPS-equipped versions of helmets for the urban, mountain bike, and road markets.”

Giro designs their helmet to reduce as much energy as possible while meeting and exceeding stringent safety standards. The goal of Giro’s MIPS-equipped helmets is to further reduce rotational forces. There are three main components to a MIPS-equipped helmet: the EPS liner, the Low Friction Liner and an elastomeric attachment system between them. In an impact, the elastomeric attachment system stretches to allow the EPS liner to rotate independently around the rider’s head. Although the system only moves a few millimeters, Giro believes, and claims, that helmets equipped with this technology can reduce the amount of rotational force that may be transferred to rider’s brain in certain impacts.

Giro will debut with MIPS models: 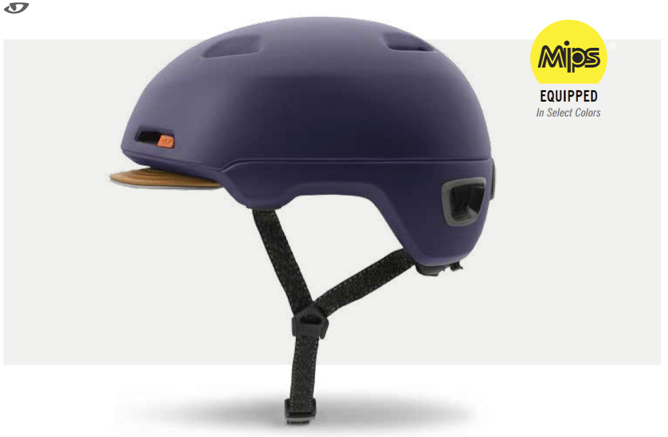 Low-profile shape with more coverage than traditional XC helmets, channeled vents that radiate heat up and out when you’re climbing at lower speeds. A single-piece In-Mold shell enhances durability, yet keeps weight to a minimum, and a rugged In-Form fit system offers one-handed fit and stability adjustment. The Feather offers delivers the same functionality as part of their Women’s Series Collection.

Slim design that combines impressive ventilation from 25 Wind Tunnel vents. Utilizes the adjustable Roc Loc 5 fit and stability system, and the lightweight and durability of In-Mold construction. The Sonnet offers delivers the same functionality as part of our Women’s Series Collection.

When are they available? Late Fall 2014.

Over the Hump – Grand Finale in OC