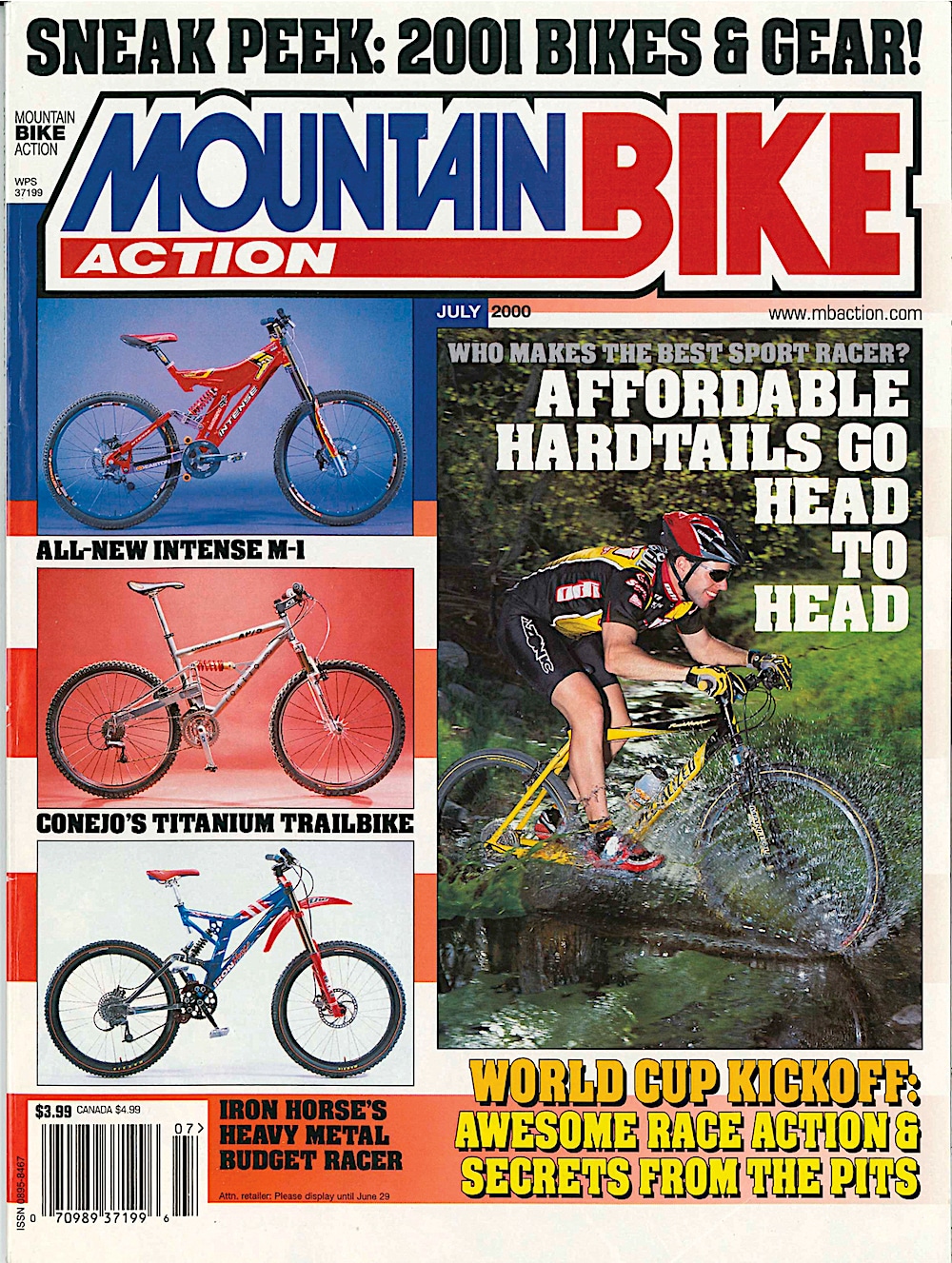 Our July 2000 issue is a reminder of just how much things can change in a few years. Back in 1999 Intense began offering downhill bikes with 24-inch wheels instead of the standard 26-inch size. It was a trend that had started with some smaller brands and one that seemed to offer a few benefits when compared to the 26-inch wheels.

Now, 20 years later, 27.5- and 29-inch wheels are the standard sizes, with 29 inches proving to be a little more popular right now; however, changes look to be in the works again. The hottest trend of 2020 has been to combine those two wheel sizes for downhill and enduro racing. Superstars Loic Bruni, Danny Hart, Martin Maes and Aaron Gwin have all been racing bikes with 29-inch front and 27.5-inch back wheels in the past year.

We’ll have to see what happens next. Most of the bikes on the market in 2020 come with either one size or the other. We wouldn’t be too surprised if the most popular wheel size changes again before another 20 years have passed.

Now that the 2020 Olympic Games have been postponed until 2021, it’s fun to look back and recall that 2000 was an Olympic year. The Games were still a few weeks away when we penned our July issue back then, but we were already studying the big races to see who looked the best for that year’s Olympics. Some of the biggest stars back then were America’s Alison Dunlap, Denmark’s Henrik Djernis, Norway’s Rune Hoydahl, Canada’s Alison Sydor and Australia’s Cadel Evans. As we now know, France’s Miguel Martinez and Italy’s Paola Pezzo would be crowned the Olympic gold medalists in 2000.

Elsewhere in our July 2000 issue, we offered a sneak peek at some tubeless tires that Specialized was racing at that year’s Sea Otter. The tubeless revolution was still developing back then, and we had no idea how far it would go. 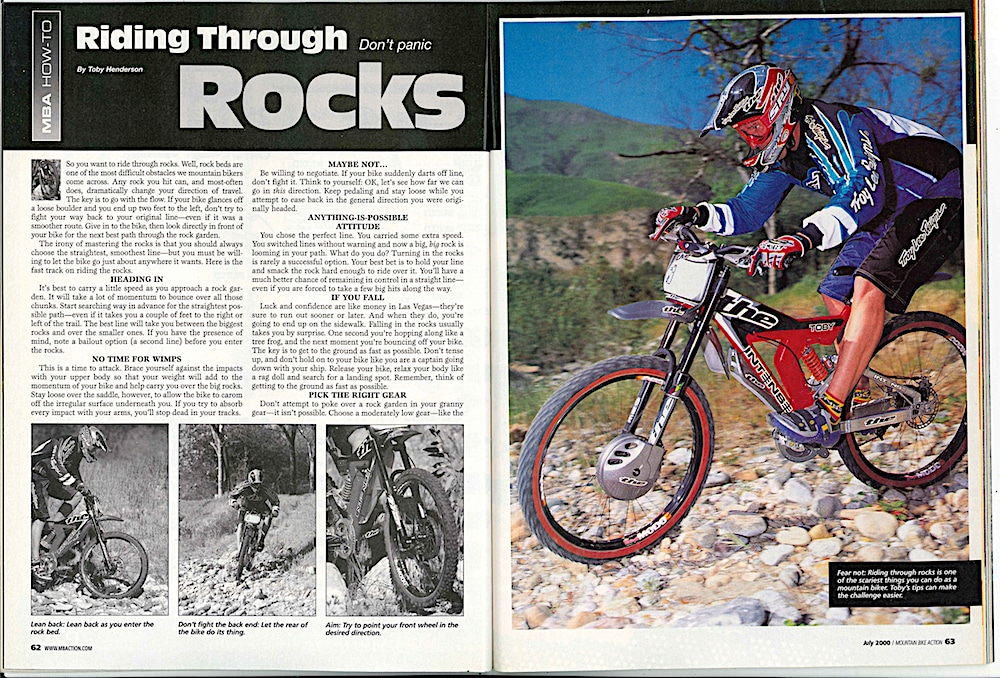 Also in that issue, we shared some advice for riding through rocks offered by downhill legend Toby Henderson. Here’s one of his tips: “Be willing to negotiate. If your bike suddenly darts off line, don’t fight it. Think to yourself, ‘Okay, let’s see how far we can go in this direction.’ Keep pedaling and stay loose while you attempt to ease back in the general direction you were originally headed.”

Here is another one of his tips: “Don’t attempt to poke over a rock garden in your granny gear—it isn’t possible. Choose a moderately low gear, such as the middle chainring and one of the two largest cogs, and always keep pedaling. You won’t need too much power, just a smooth application of leg pressure all the time to maintain your momentum. You will probably have to pedal even if your line is downhill.”

Toby ended his tips with this: “Warning: Falling on rocks is an easy way to get hurt. Wear safety gear, including a good helmet, gloves, and knee and elbow pads when practicing these tips. Remember, the best riders in the world will get off and walk through a technical section if they can’t see a line that will take them through safely.”