The Tennessee National was a huge success this weekend at Windrock Bike Park with 740 registrants across the Downhill and Enduro races. The mountain bike crowd was eager to get back to racing with all the heavy hitters making their way to the world-class bike park in Oak Ridge, Tenn. 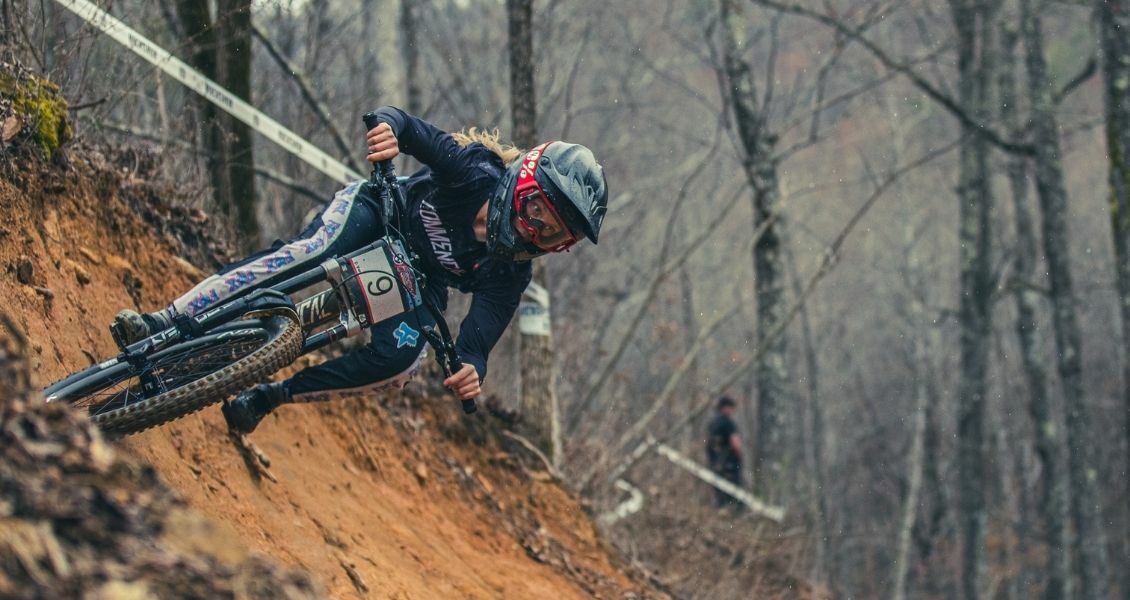 On Saturday the track was wet and muddy in true Windrock style. The Elite Men were blazing fast with Harrison taking the win only 0.08 seconds over Norton. 2020 National DH Series winner, Steven Walton (KHS Factory; Murrieta, Calif.), came in third showing he is on pace with the best downhillers in the country. The race favorite after Friday’s seeding, Luca Shaw, had a crash coming into the woods toward the bottom of the track ending his race run. Thankfully he is okay from the crash.

The Elite Women put on a show with 2020 event winner, Ronning, taking the win over Skelton. Mazie Hayden (North Claredon, V.T.) would finish in the same minute as Skelton rounding out the top-3.

New for the 2021 National DH Series, USA Cycling will also be crowning an overall series winner in the Junior Classes. Christopher Grice (Specialized Factory Racing; Pisgah Forest, N.C.) laid down a heater on Friday and never looked back grabbing the win in the Junior 17-18 DH Finals. Grice finished over 4 seconds in front of Keegan Rowley (Commencal USA; Channahon, Ill.) with Dean Lindsey (Pleasanton, Calif.) in third. Ella Erickson (Commencal USA; Hayden, Idaho) would take the overall points to lead for the Junior Women.

The team at Windrock knocked this one out of the park. We look forward to the next stop in the National DH Series at Mountain Creek Bike Park in Vernon, N.J.

Watch: Hans Rey’s Tips & Tricks – How To Conquer Those Stairs

Meet The Riders And Their Rides: Greg Minnaar