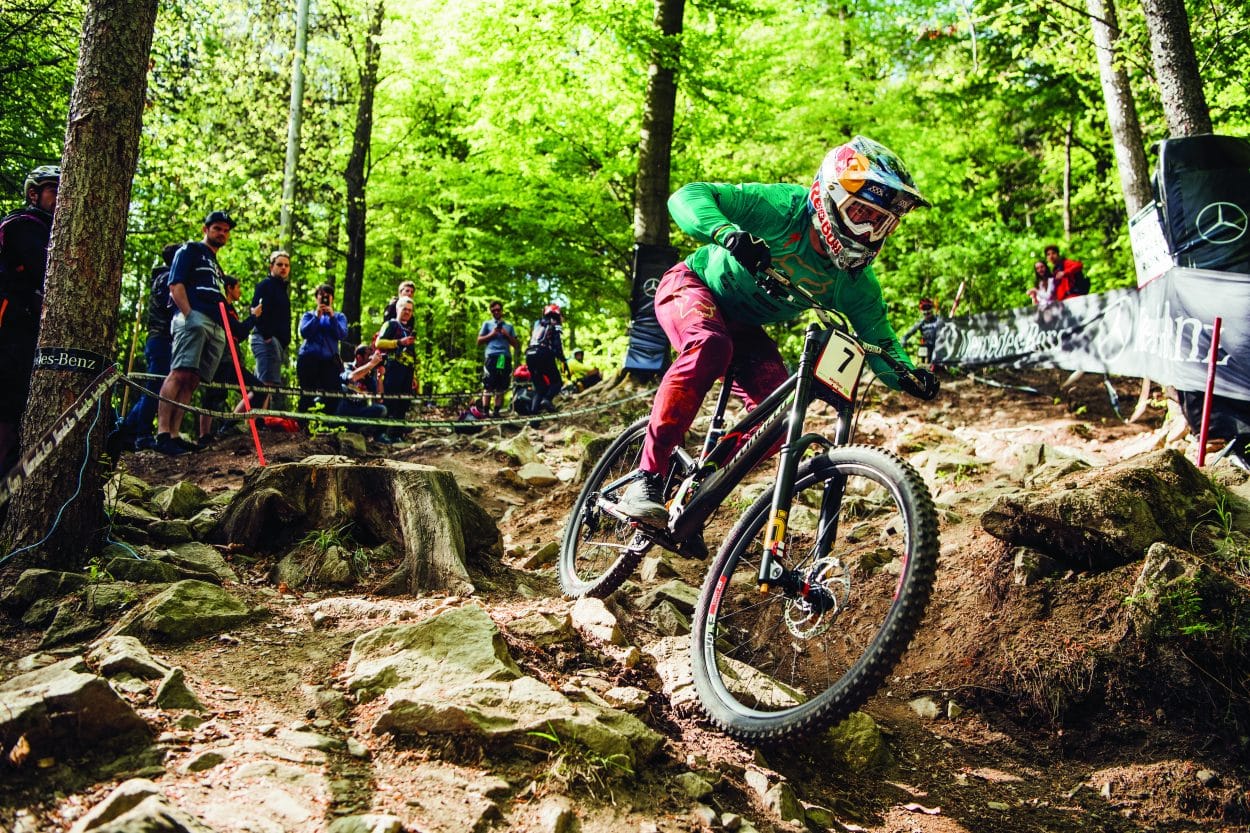 What may be the biggest news in mountain biking this year is that several of the top riders in the sport are now racing bikes with 29/27.5-inch wheel combinations.

The UCI’s 2018 downhill world champion, Loic Bruni, won the first World Cup this year using a 29/27.5 wheel setup on his bike. Last year Loic refused to race a new 29-inch downhill bike that Specialized had created for him. Not too long after that, Loic rode his 27.5-inch downhill bike to win the UCI World Championship. That seemed to have settled the issue of Loic’s ideal wheel size. The fact that many of his toughest competitors had switched to 29-inch downhill bikes and were dominating many of the World Cup podiums didn’t seem to faze him.

When Loic showed up with a 29/27.5 downhill bike and won the first round of the 2019 World Cup series, though, it was clear that major changes could be brewing in the world of mountain bike racing. Bruni’s World Cup win clearly established the validity of the 29/27.5 combination.

On top of that, two-time world champion Danny Hart finished right behind Bruni in 2019’s first World Cup race, and he was using a 29/27.5 wheel combo, too.

If any more evidence was needed that the 29/27.5 combination was working, Belgium’s Martin Maes won the first three rounds of the 2019 Enduro World Series using a 29/27.5 wheel setup on his GT Force enduro bike.

The idea of putting two different-sized wheels on one bike is hardly new. If you go back to the late 1800s, the old penny-farthing bikes of those days had front wheels around 5 feet tall matched with rear wheels that were closer to 20 inches in diameter. 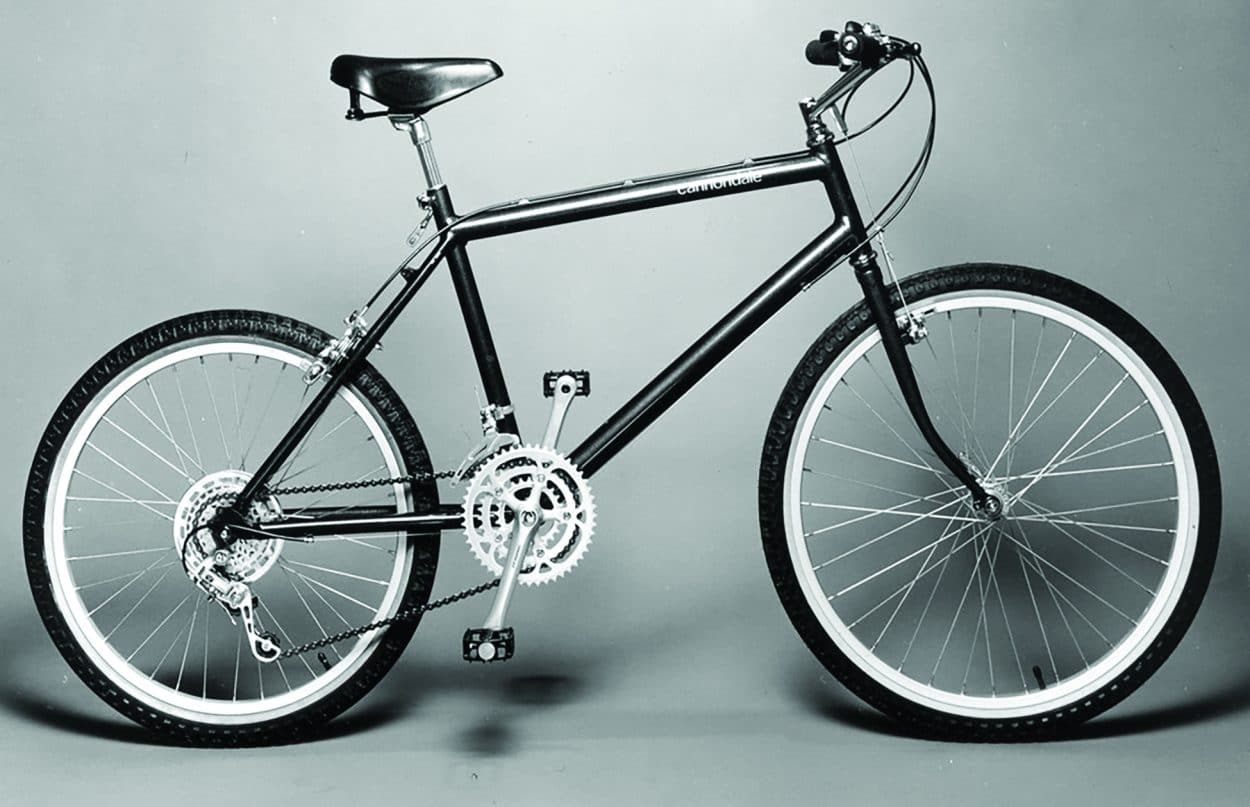 Cannondale came out with its first mountain bike in 1984 with mixed wheel sizes: a 26-inch front wheel and a 24-inch rear. Photo courtesy of Charlie Kelly

Nevertheless, until now, the concept of mixed wheel sizes has never really caught on in mountain biking, even though numerous companies have tried in the past.

In mountain biking, mixed wheel sizes have been tried off and on for at least 35 years, even if they’ve never caught on before. Back in 1984, Cannondale offered that company’s first mountain bikes with 26-inch front wheels and 24-inch rear wheels.

Even the first rear-suspension mountain bike of the 1980s, the Brian Skinner Descender, came with 26-inch front wheels and 24-inch rear wheels.

In 2007, former cross-country pro Travis Brown persuaded his bosses at Trek to offer a hardtail mountain bike with a 29-inch front and 26-inch rear wheel. The Trek 69er stayed on the market briefly, then disappeared.

At the 2015 Interbike show, Brent Foes introduced yet another mountain bike with mismatched wheel sizes. He called his new bike the Mixer. Still on the market today, Brent’s bike offers a 29-inch front wheel and a 27.5-inch rear wheel, just like the new bikes on the World Cup and EWS circuits.

While many people love the Foes Mixer with its two different wheel sizes, the concept has been slow to catch on until this year. Now Specialized, GT and Saracen (and probably a few others) have started adopting the 29/27.5 wheel combination for racing.

At this spring’s Sea Otter Championship, MBA got the chance to talk with Santa Cruz downhill pros Greg Minnaar, Luca Shaw and Loris Vergier, and ask them about their thoughts on the 29/27.5 wheel combination. Minnaar and Shaw told us they hadn’t tried it. Loris Vergier told us that he had tried using a 29/27.5 combination, but he didn’t think the mixed-wheel combo worked as well as his 29-inch setup. 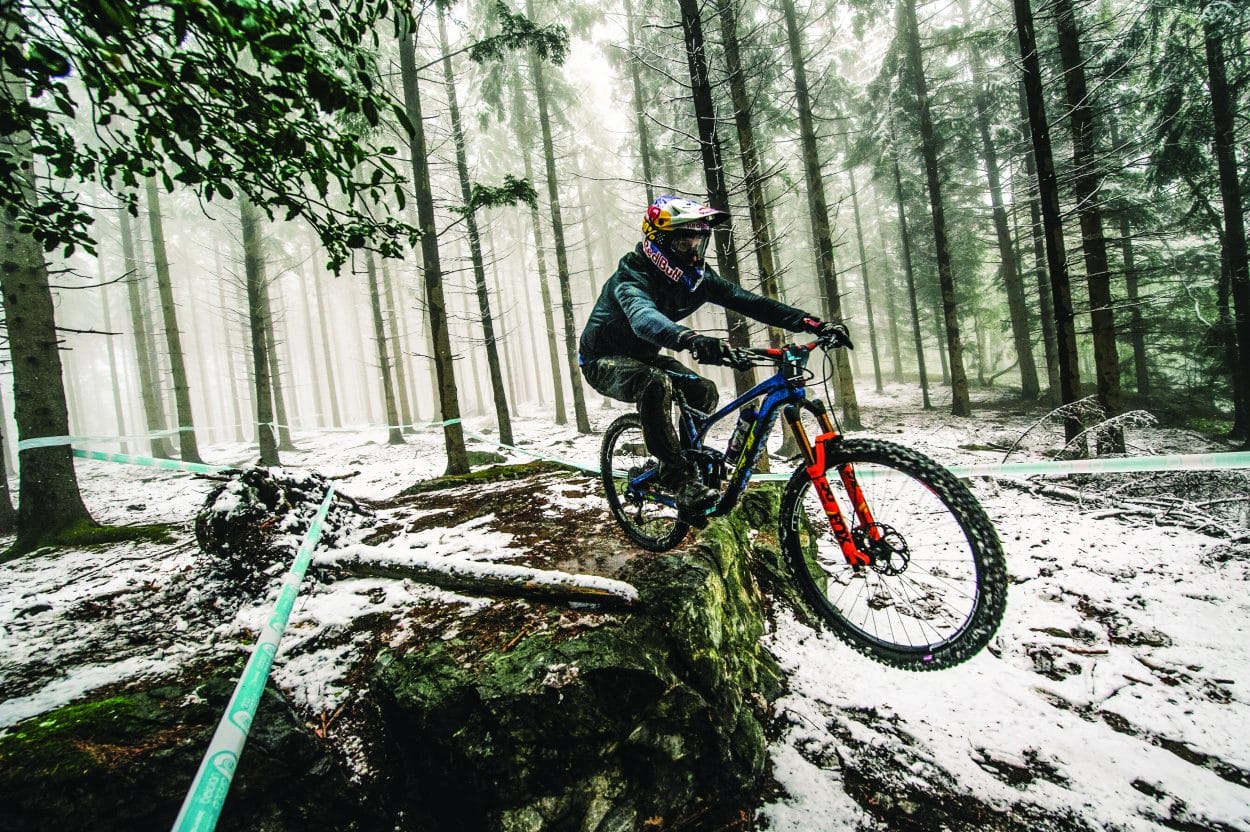 Martin Maes rode his 29/27.5 GT Force to win the first three Enduro World Series races of 2019. Notice how the smaller rear tire lets Martin get his weight lower over the back end of the bike when riding off drops or bombing down steep sections of trail. Photo by Olivier Baert/Red Bull Content Pool

MBA contacted Trek suspension expert Jose Gonzalez, and asked him if he and his staff had tried the 29/27.5 combination. They had tried the combination, Jose told us, but their riders felt that Trek’s standard 29-inch downhill bike worked better than the bike they built up with the mixed wheel sizes.

We also asked our contacts at Intense Cycles if they’d tried the 29/27.5 combo. The company already offers an e-bike with the 29/27.5 setup. What’s more, Intense founder Jeff Steber has also made some prototype mountain bikes that use the 29/27.5 setup, and he is planning on offering several models with that option (what he calls “279”) in the next few months.

Will the mixed wheel sizes catch on this time? That’s hard to say right now. If the sport’s top riders keep winning races with the 29/27.5 combination, the concept will likely start catching on with other top racers.

After checking with so many other companies on their thoughts about the mixed-wheel bikes, we finally called Brent Foes, the man who produced the original 29-/27.5-inch production bike, the Foes Mixer, to see what he thought of the new development. Brent was well aware of what was happening at the downhill and enduro races. 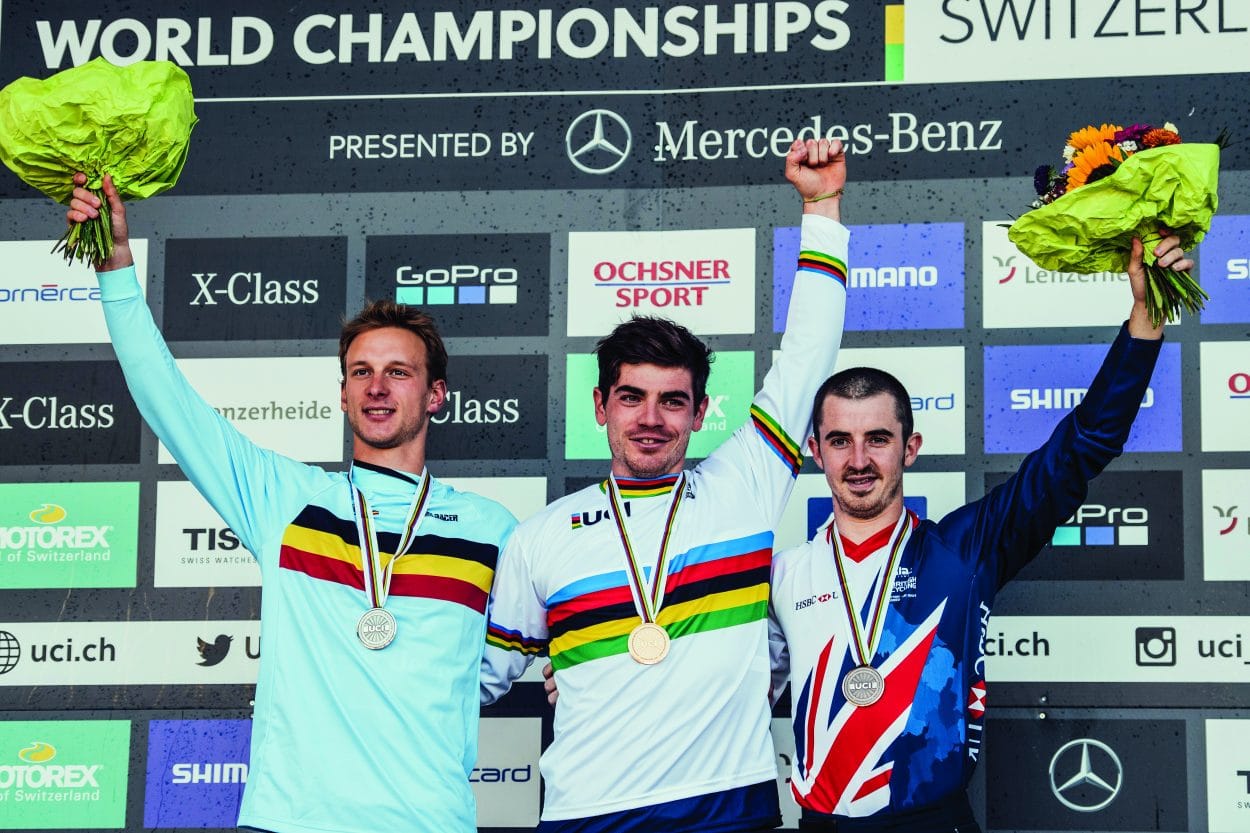 Says Foes of the 29/27.5-inch combination, “I think it’s going to become the new standard configuration.” Brent gave us nine reasons why he feels that way:

1 The front of the bike is lighter due to the fact that the front axle is higher than the rear axle.

2 Using a 27.5-inch rear gives you more room for seat clearance and a shorter chainstay.

3 The shorter chainstay makes the bike quicker so it accelerates faster.

4 The smaller wheel in the back lets the bike corner faster.

5 Cornering speeds are increased because both wheels are turning in two different arcs.

6 The combination of wheel sizes allows for better climbing up and around switchbacks.

8 The front feels planted and stable when cornering.

9 The larger front wheel will roll over stuff better.

“It can take a long time for things to catch on in the bike industry,” Brent told us. “I’ve seen a lot of stuff come and go. I’m a firm believer in the 29/27.5 combination. It’s not just another gimmick to sell more bikes. I think it’s going to become the new standard configuration. We keep making it because it works.”

Watch: Jackson’s Bike School – How to prepare for a downhill race!