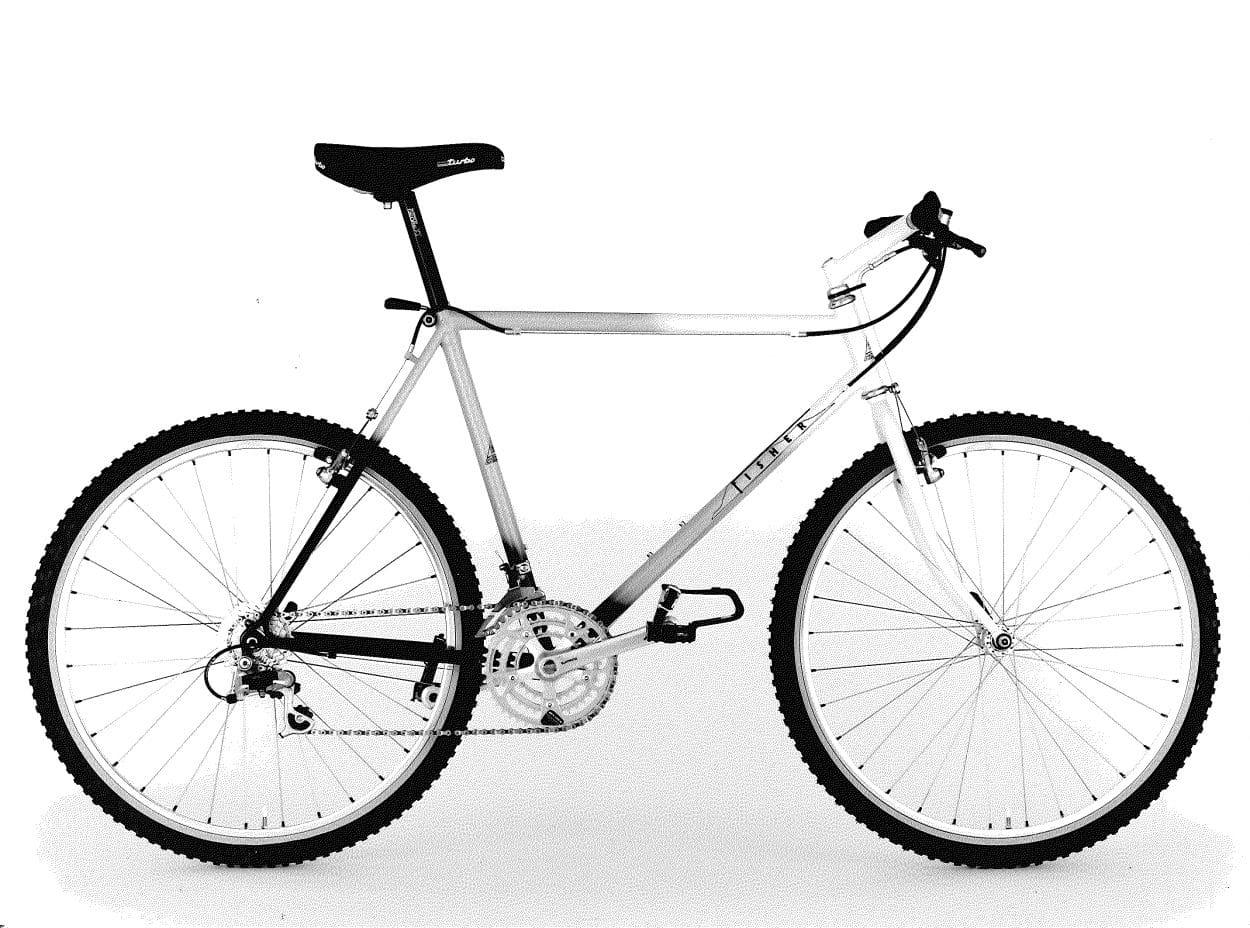 While checking through our June 1989 issue of Mountain Bike Action, we came upon the above photo of the Gary Fisher Pro-caliber, the bike which had won the XC European World Championship title the year before (that was two years before the UCI started hosting their own World Championships). The  Fisher Pro-caliber had no suspension, front or rear; the first Rock Shox forks would hit the market later in 1989. The Fisher’s drivetrain looks to probably be a 3×6 or 3×7, an option that was new that year. The toe straps on the pedals are another blast from the past. This consumer version of the Fisher Pro-caliber cost $1278 in 1989. 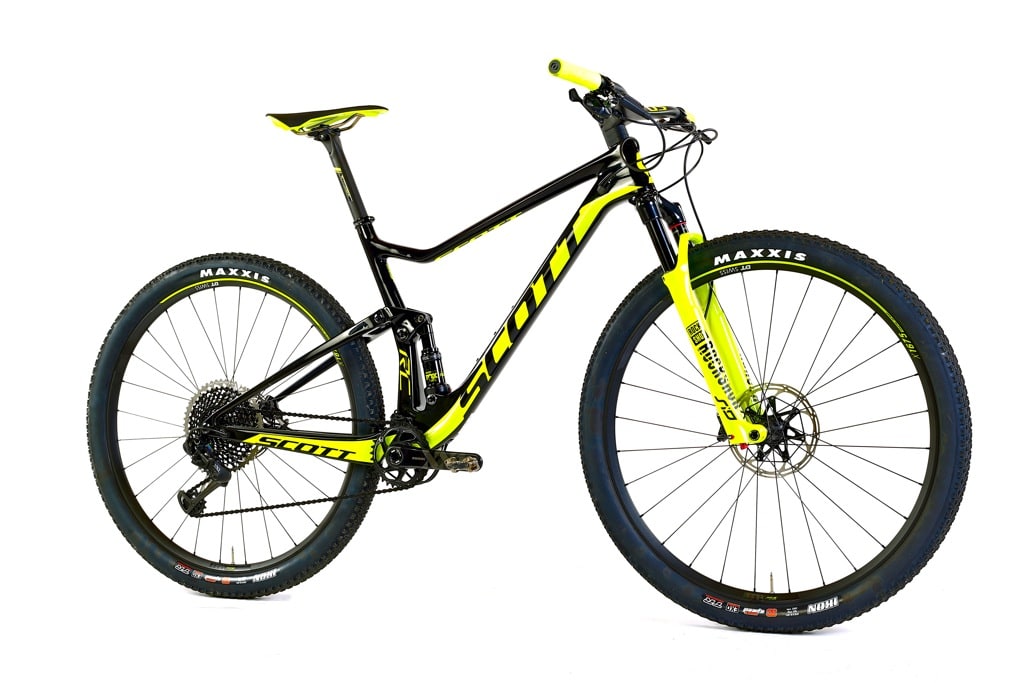 This bike is the consumer-priced version of the Scott Spark that Nino Schurter rode in 2018 to his seventh UCI Elite Men’s XCO World Championship title. The above version of the Scott Spark World Cup RC has a carbon fiber frame, full suspension, a SRAM 1×12 drivetrain, and disc brakes. This bike, at 23 pounds without pedals, might actually weigh less than the 30-year old bike above it. Nino’s title-winning bike had other niceties, including SRAM’s wireless 1×12 drivetrain and a host of other things to make his bike weigh just 21.74 pounds, with pedals, and a PTN foam insert in the back tire. Nino’s 2018 World Championship bike probably cost more than $12,000 the way it was set up, especially since his wireless drivetrain was a pre-production prototype, which probably put the actual cost up around $30,000.  The less-expensive version of the Scott Spark shown above, available this year, is priced at $6,200. (Watch for a test of it in our September 2019 issue of Mountain Bike Action.)