Complete results for the Men, Women, and Juniors, including the end-of-the-year standings 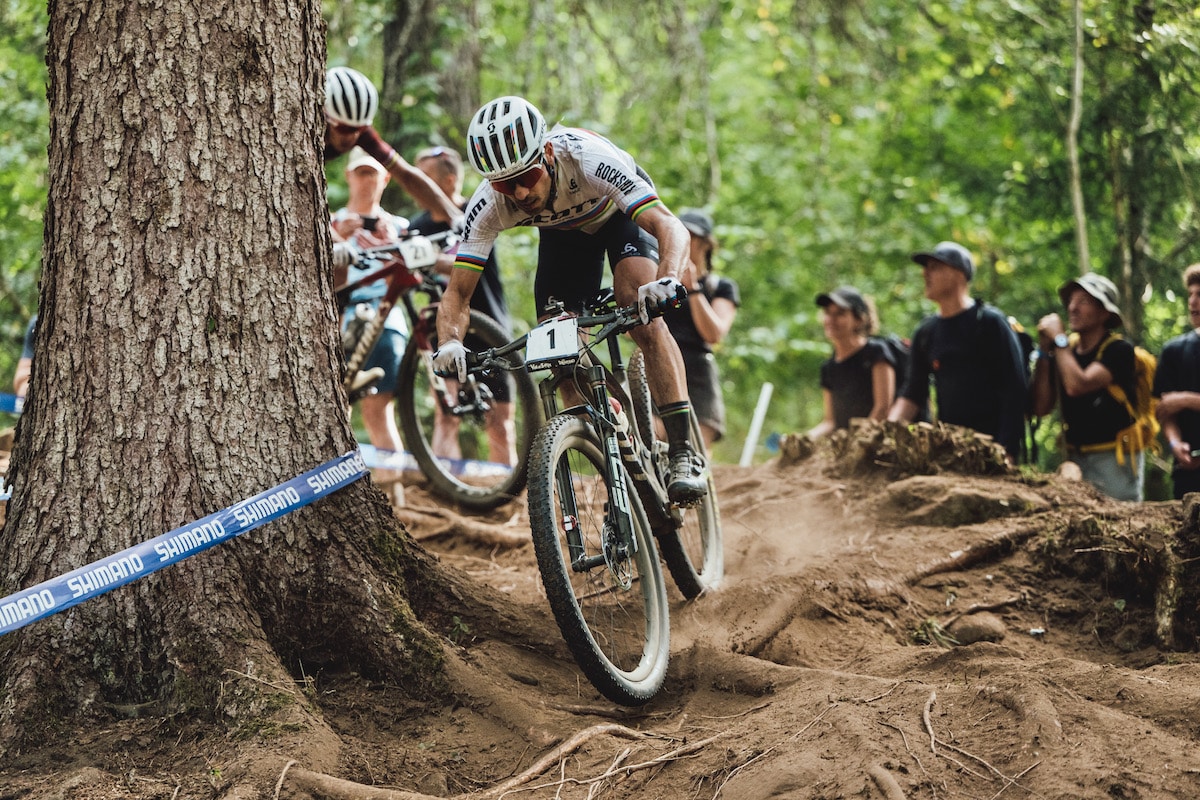 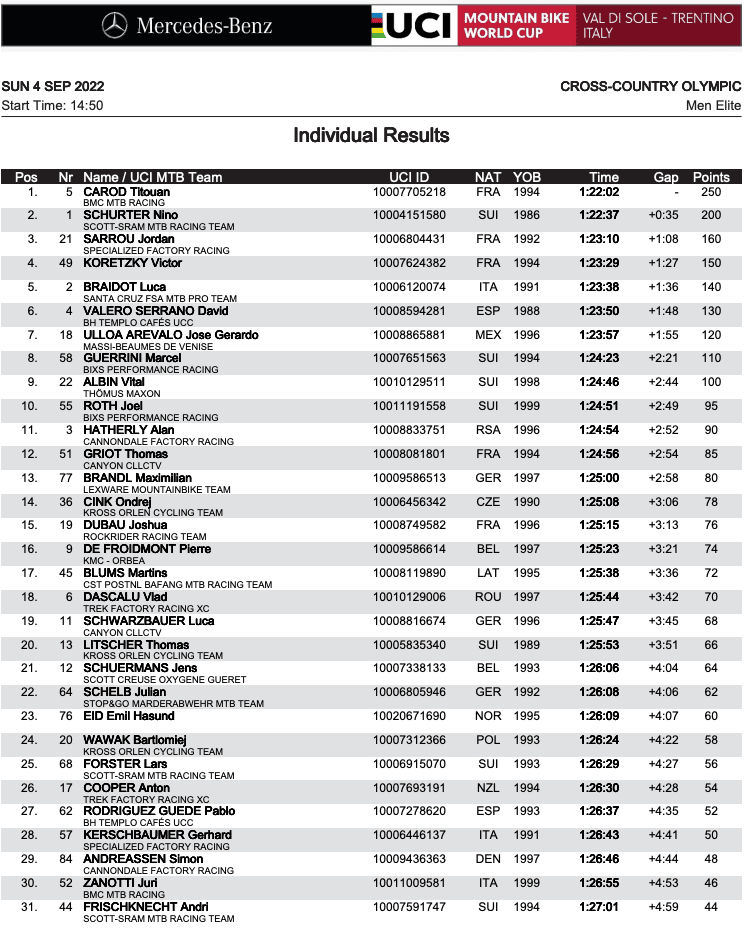 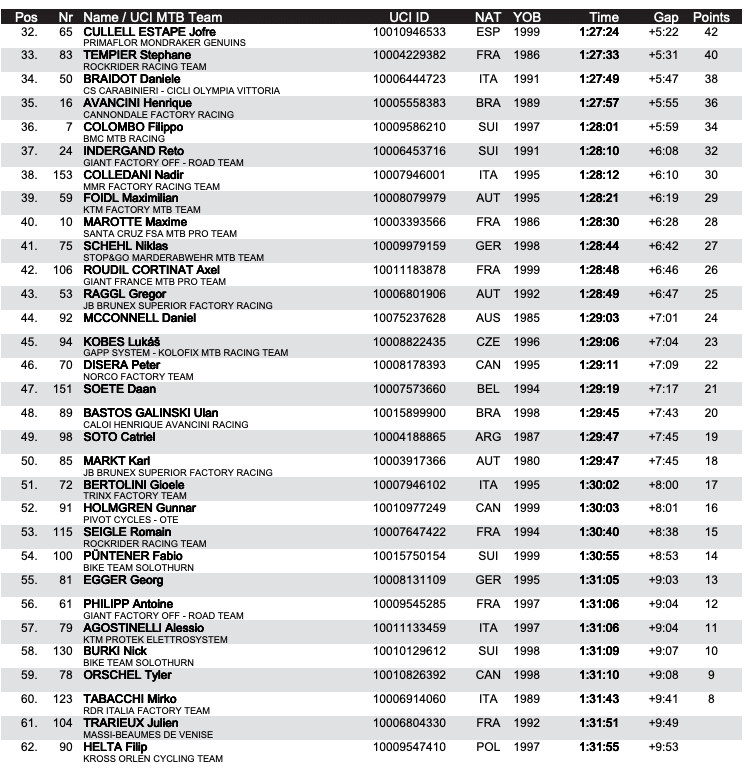 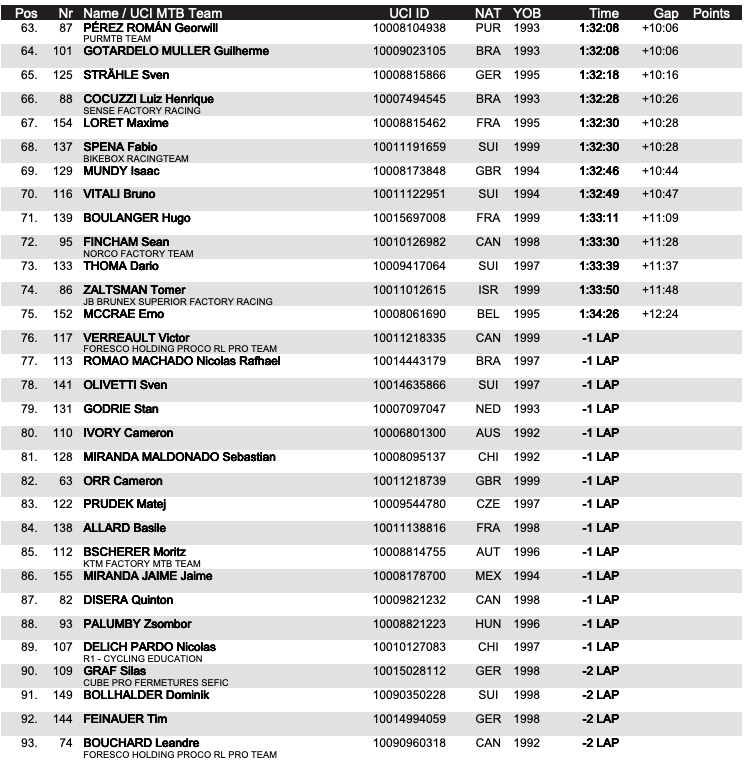 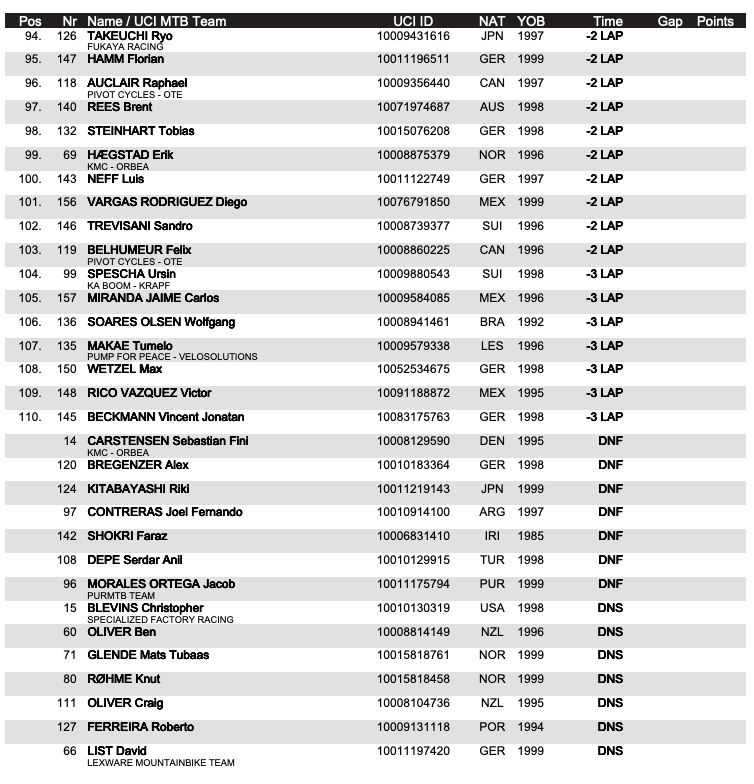 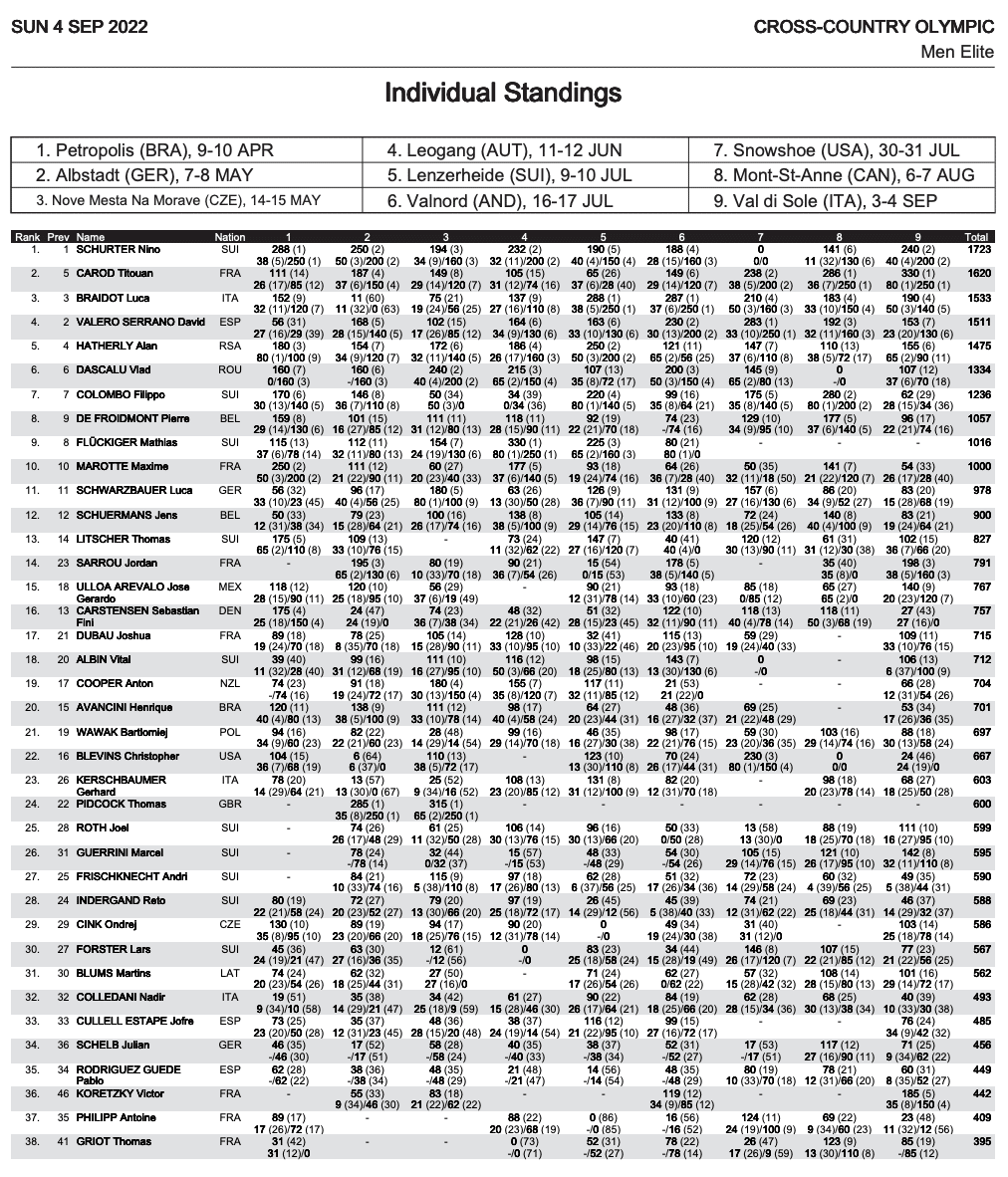 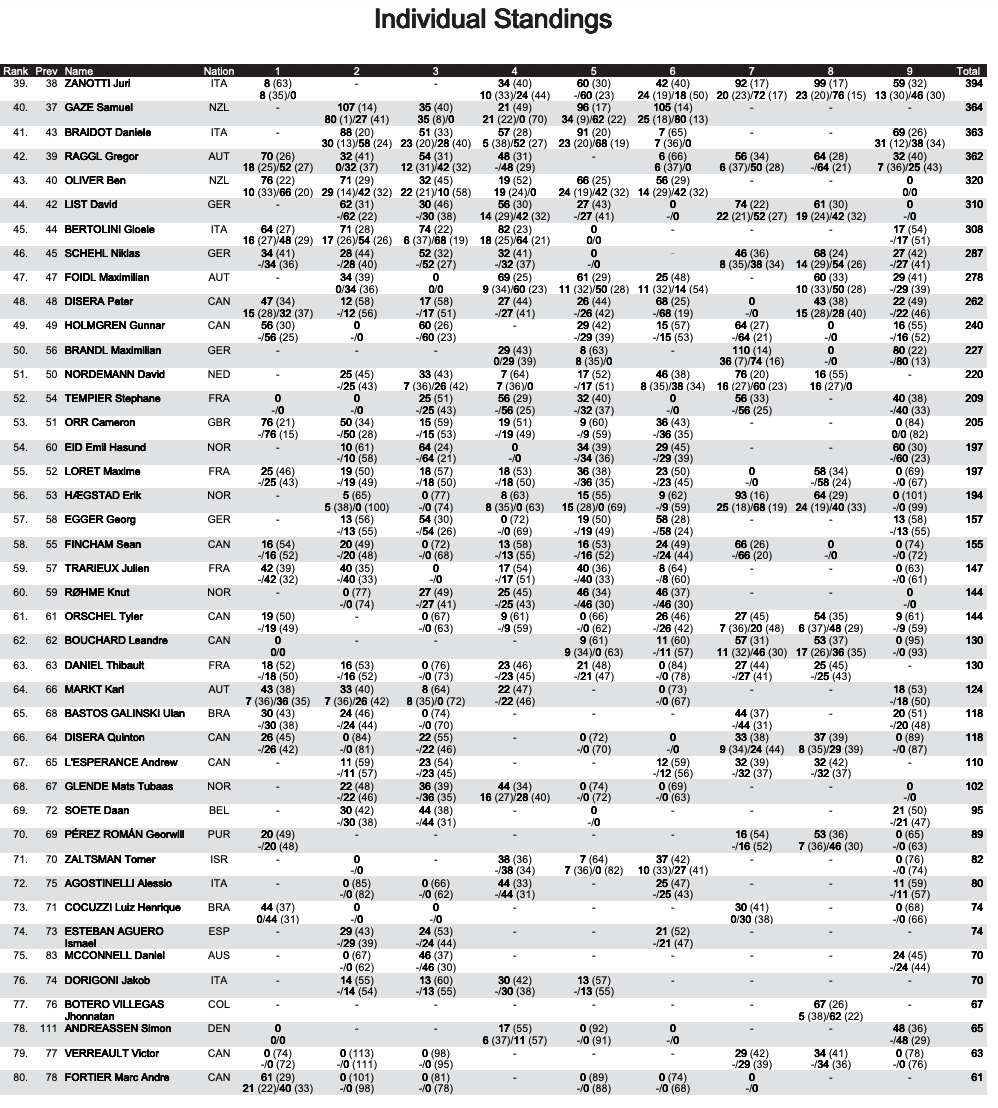 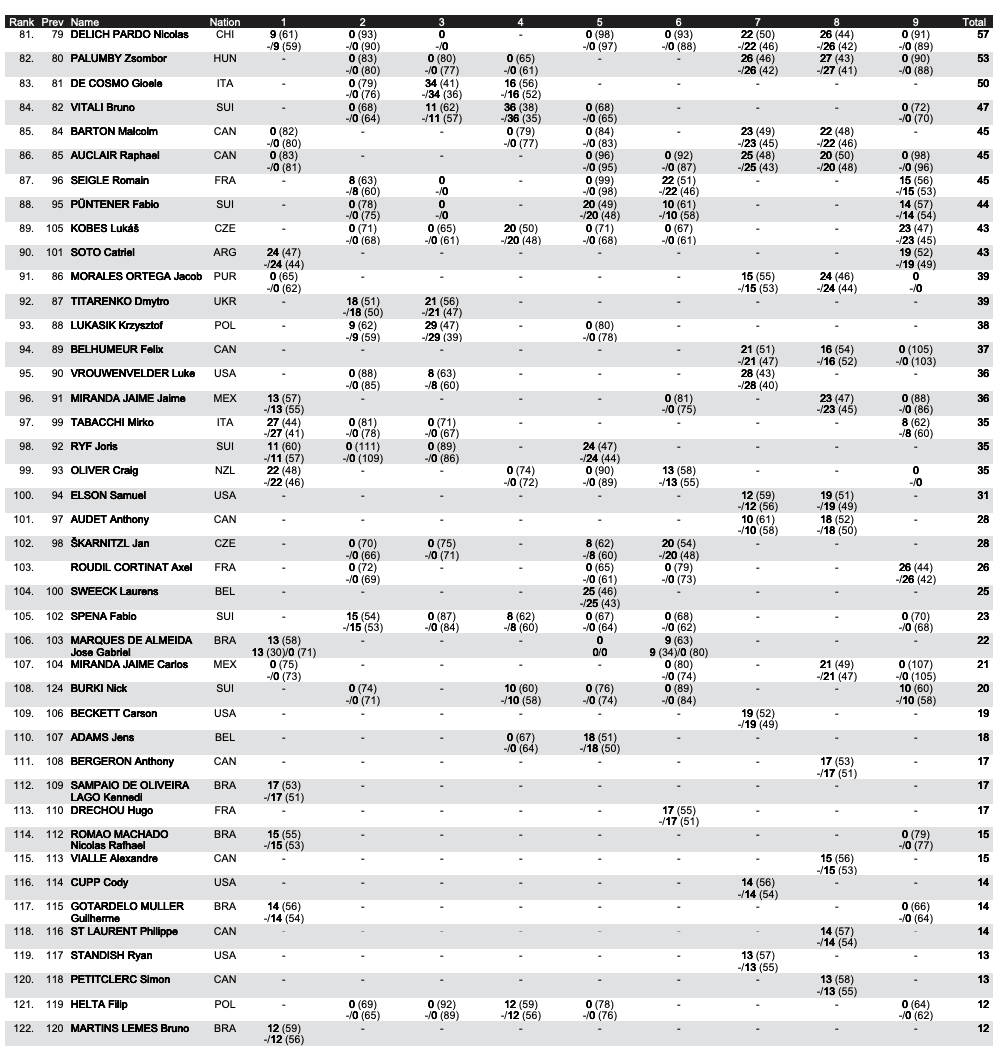 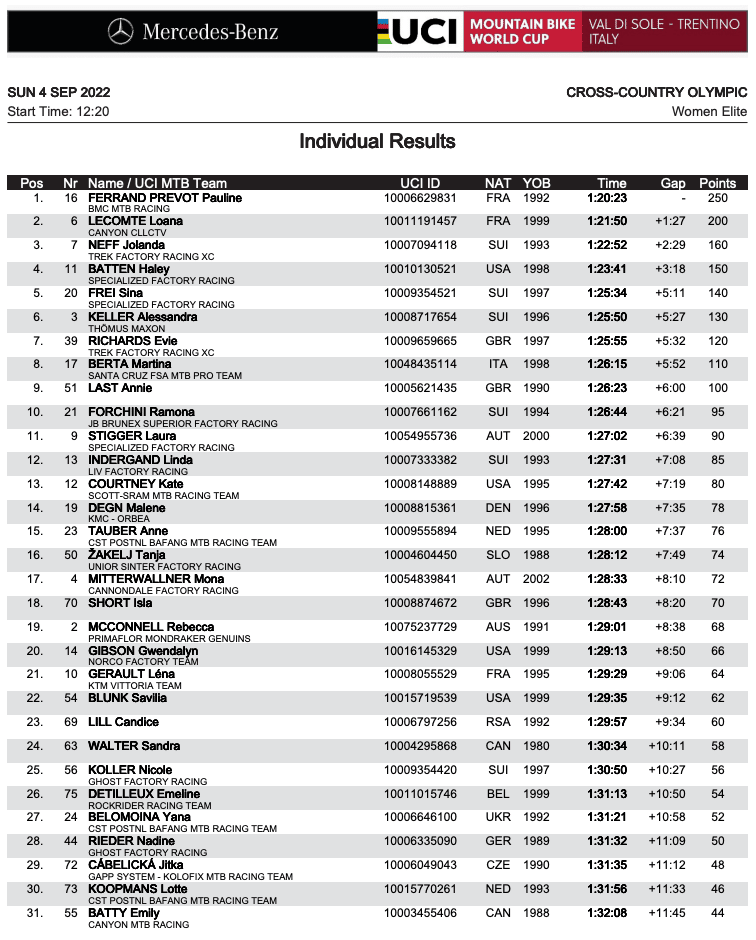 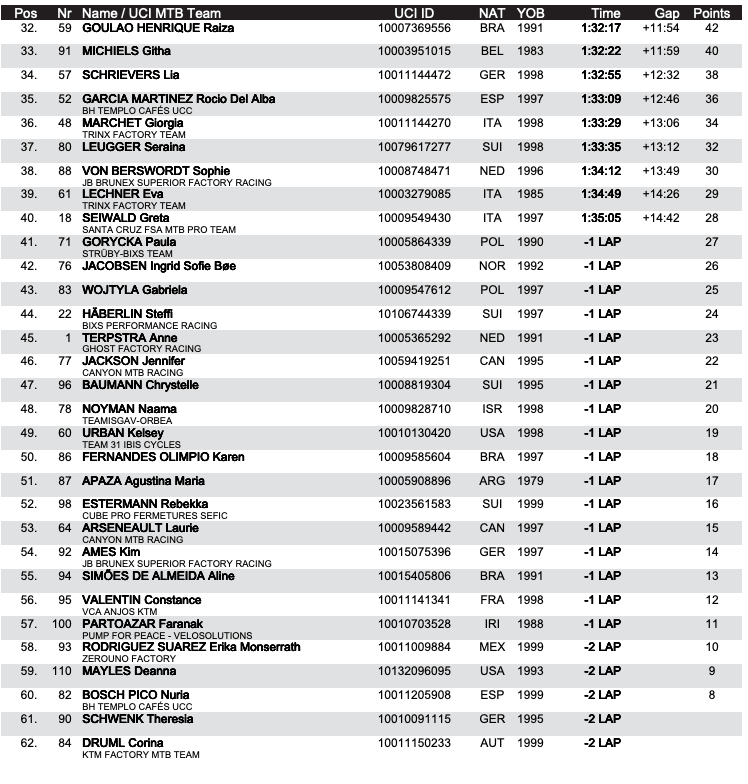 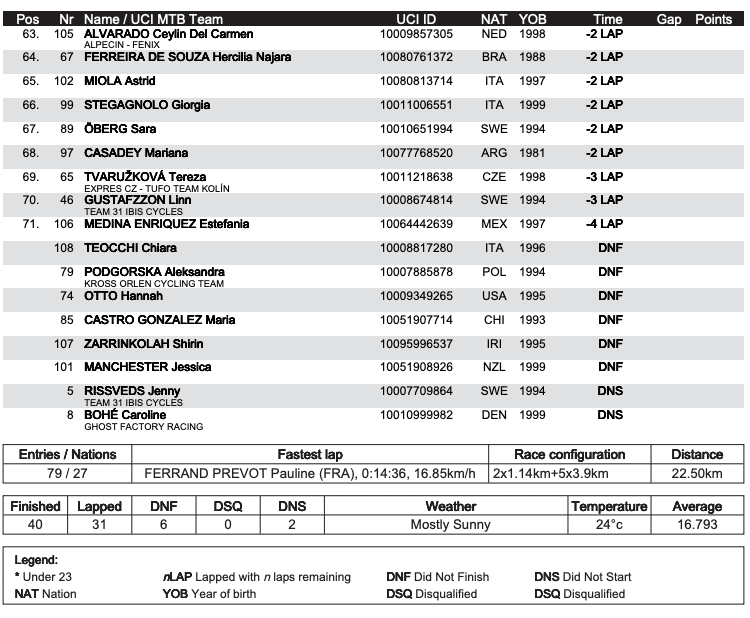 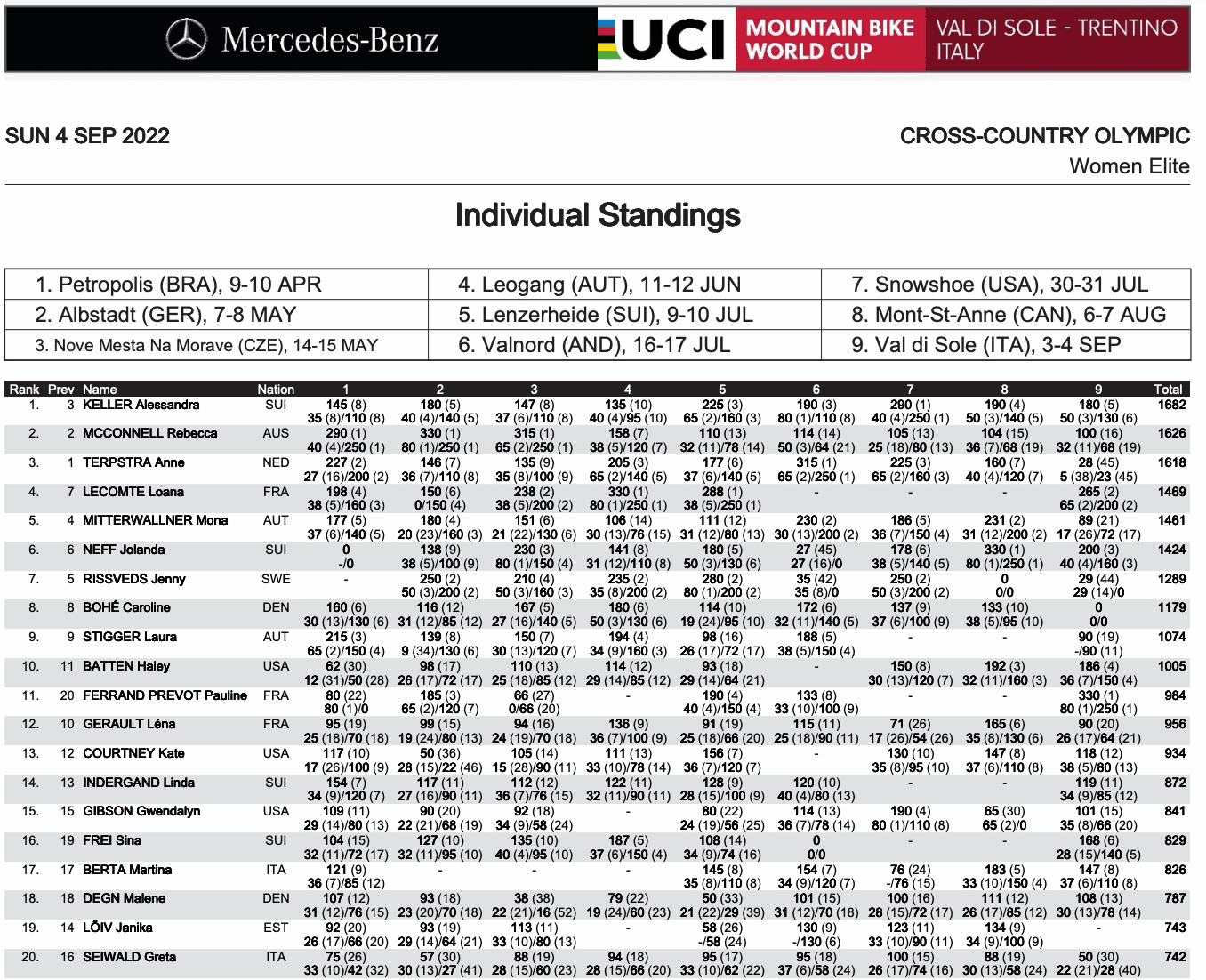 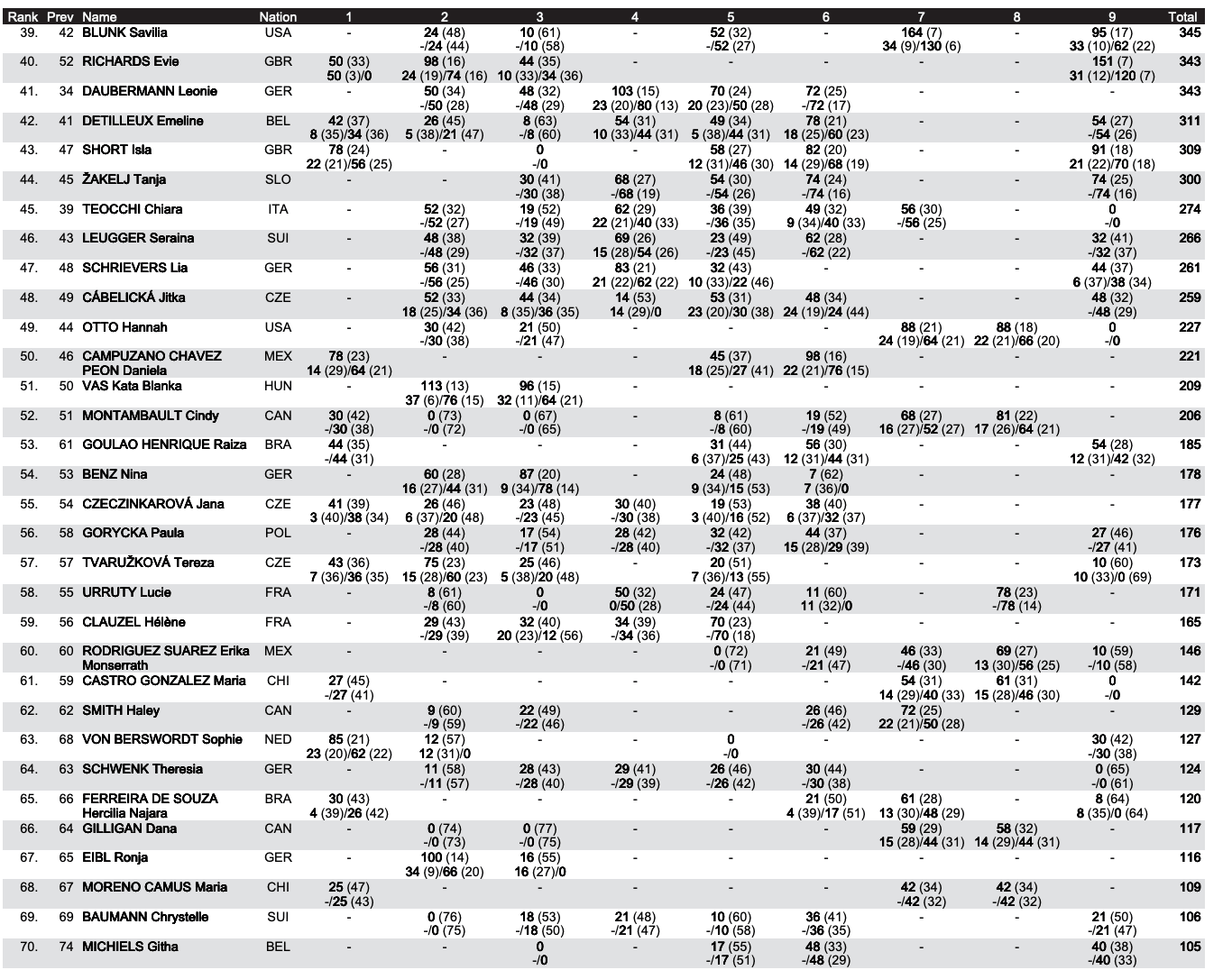 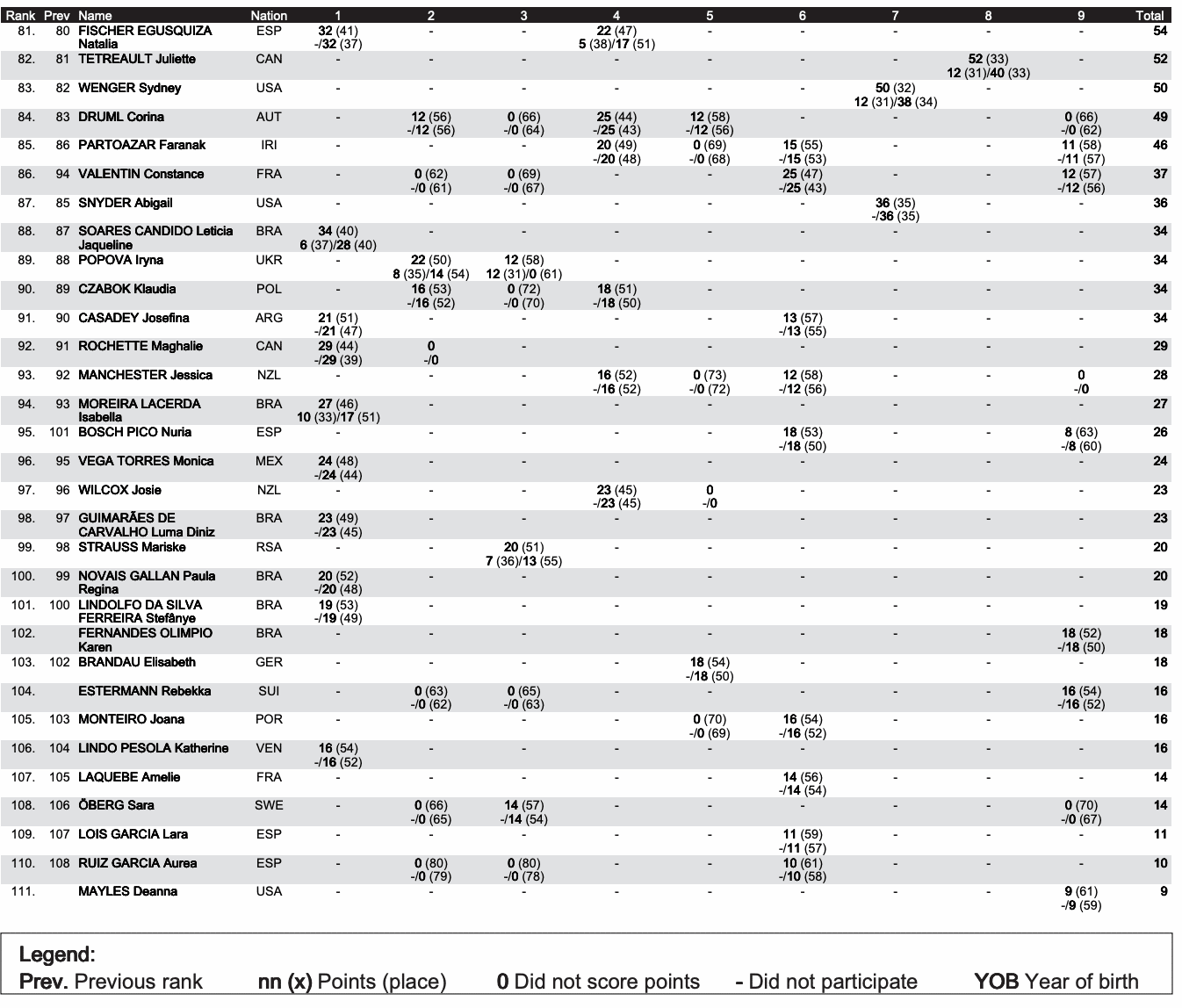 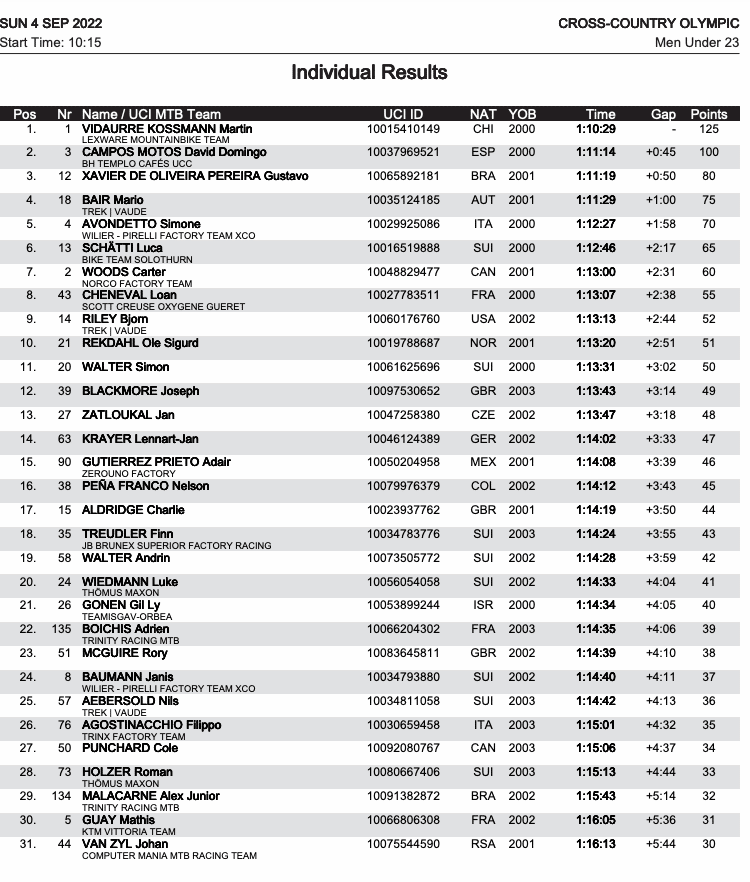 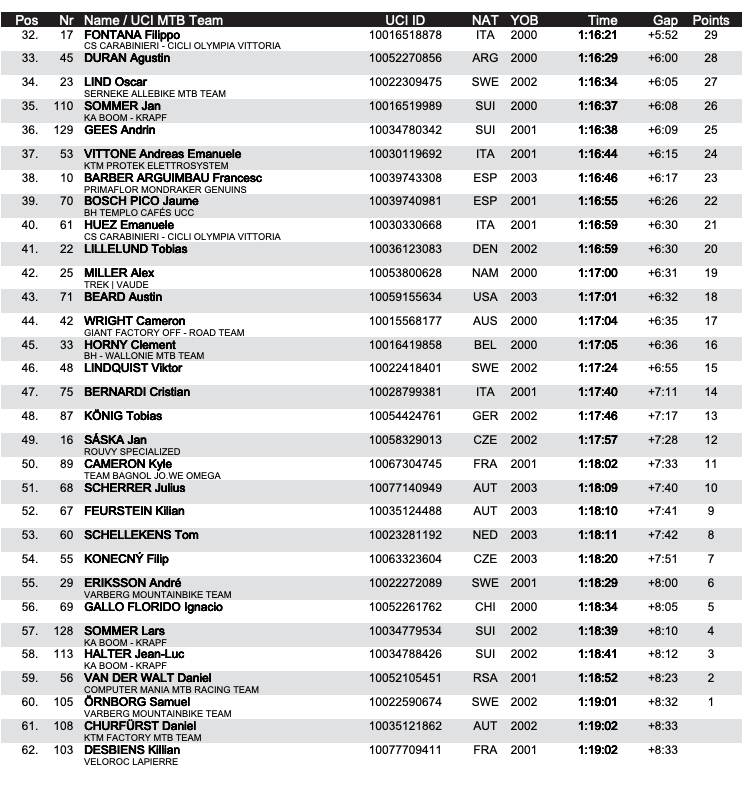 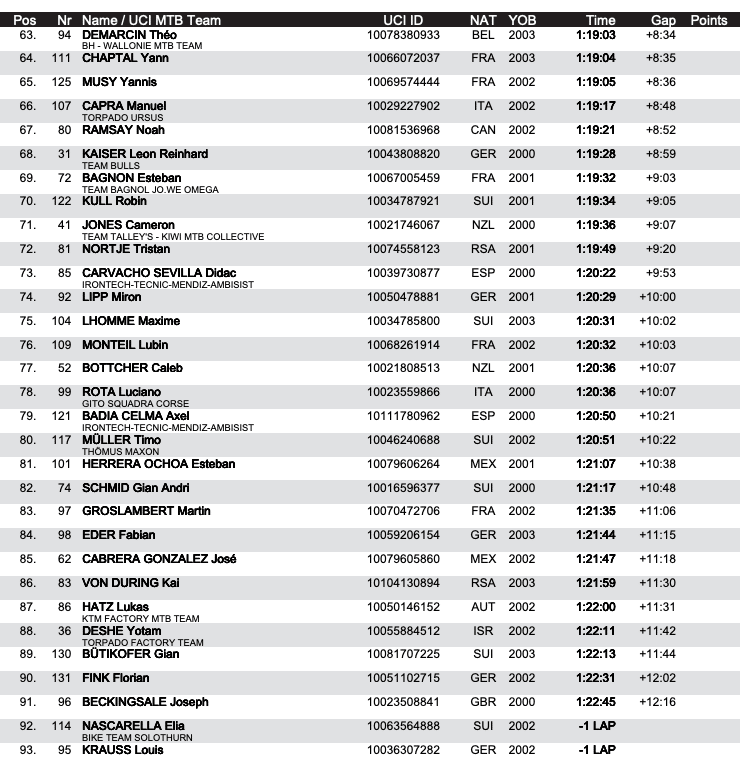 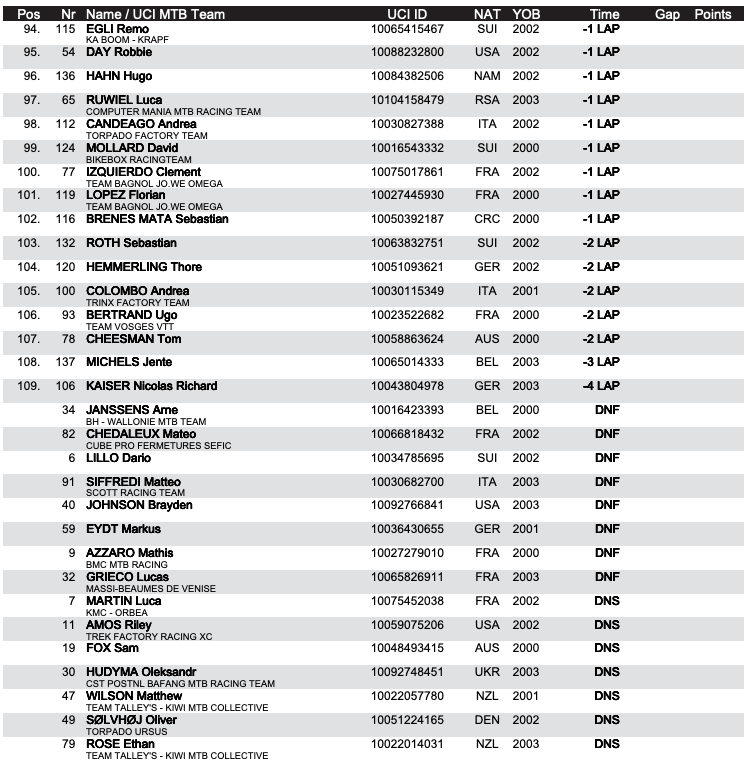 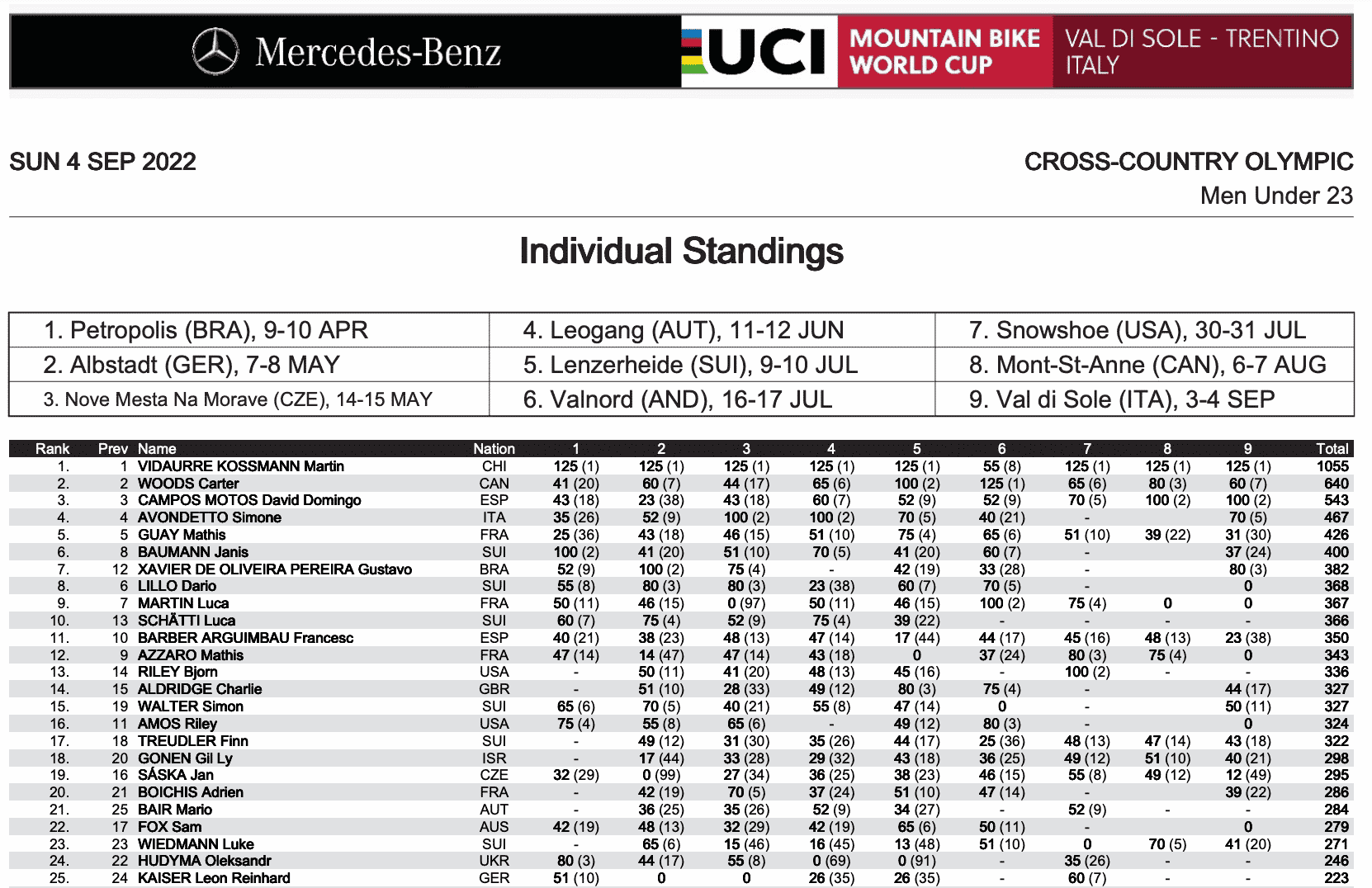 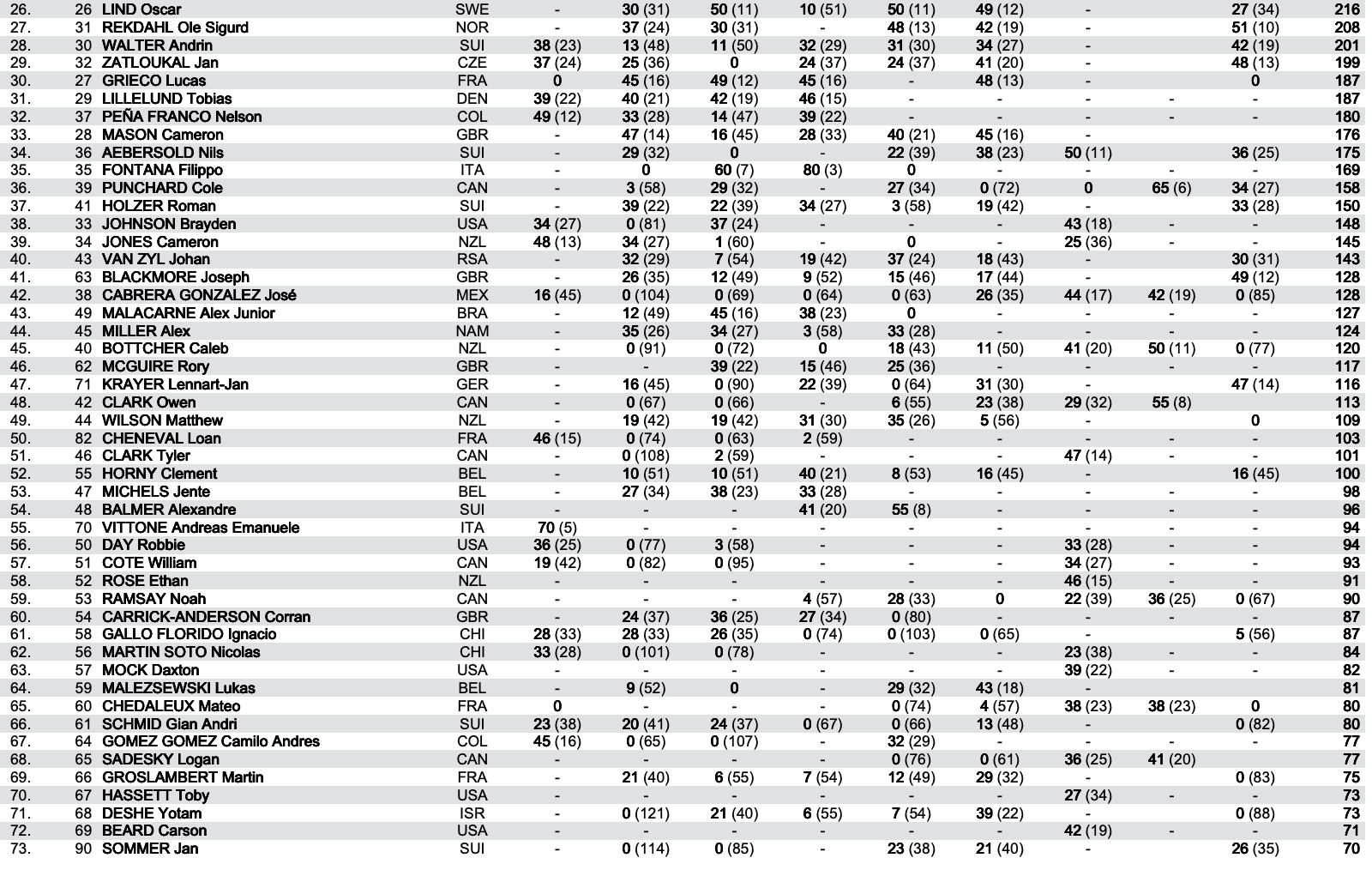 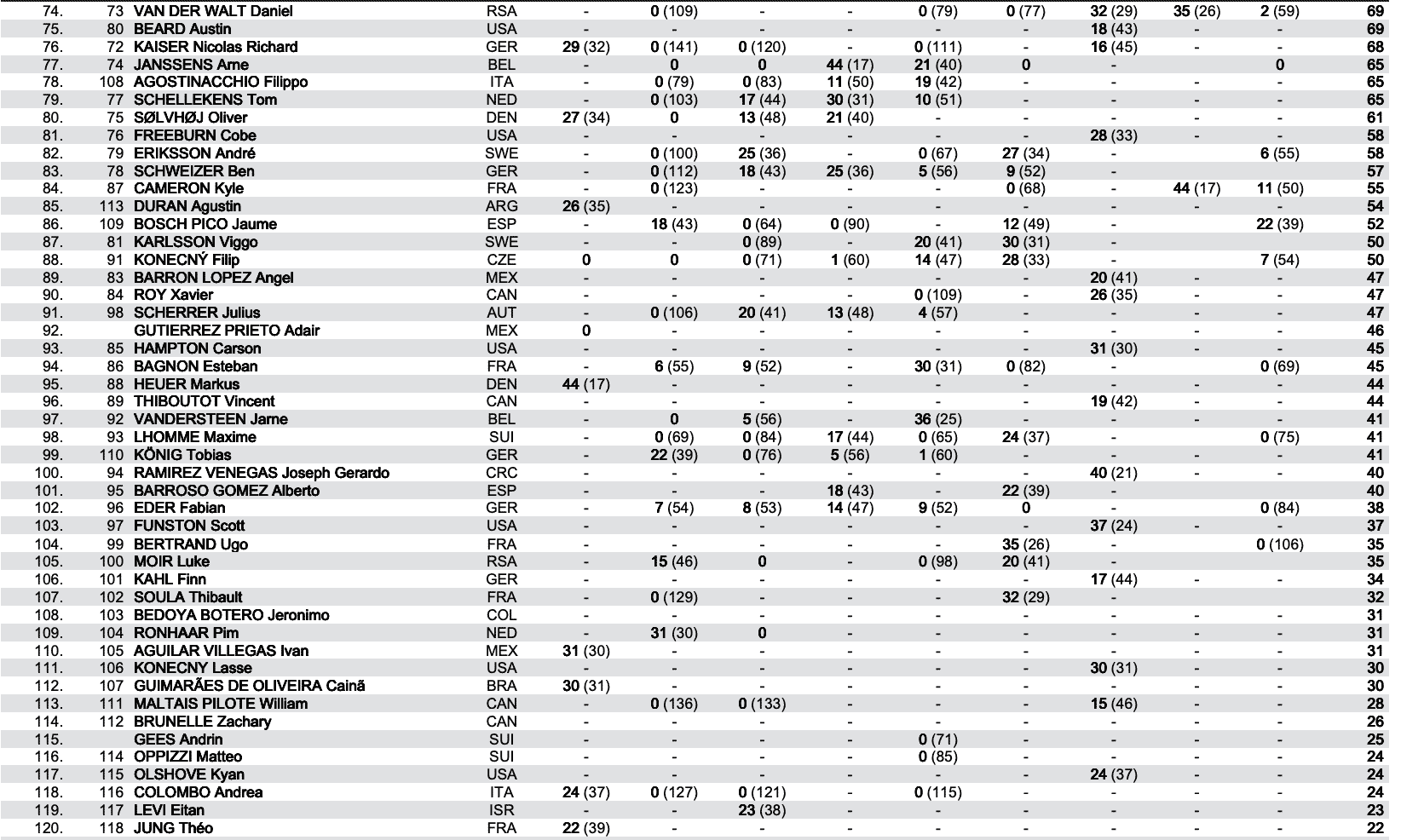 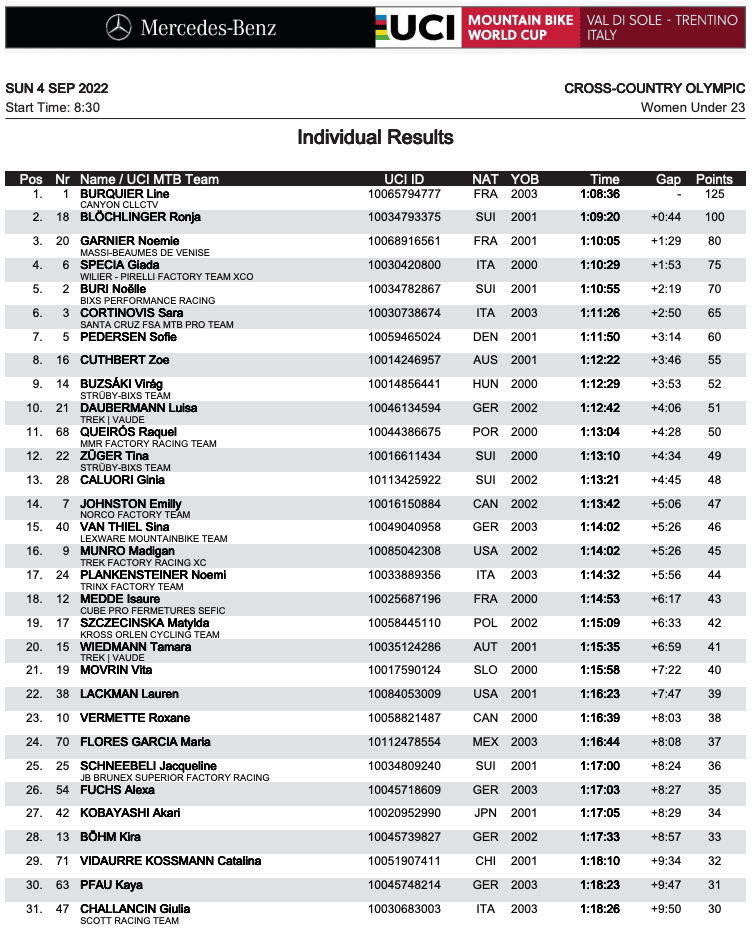 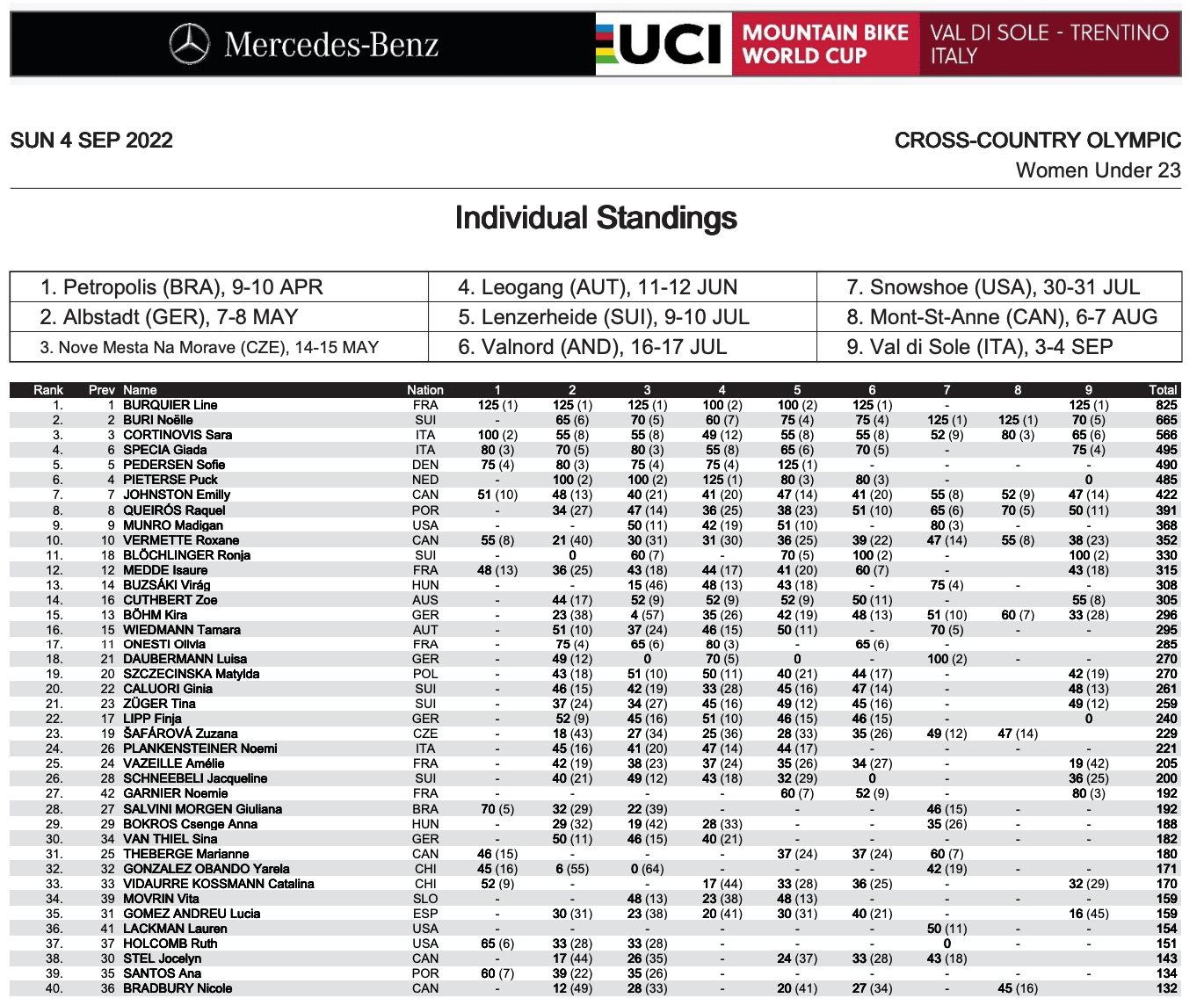 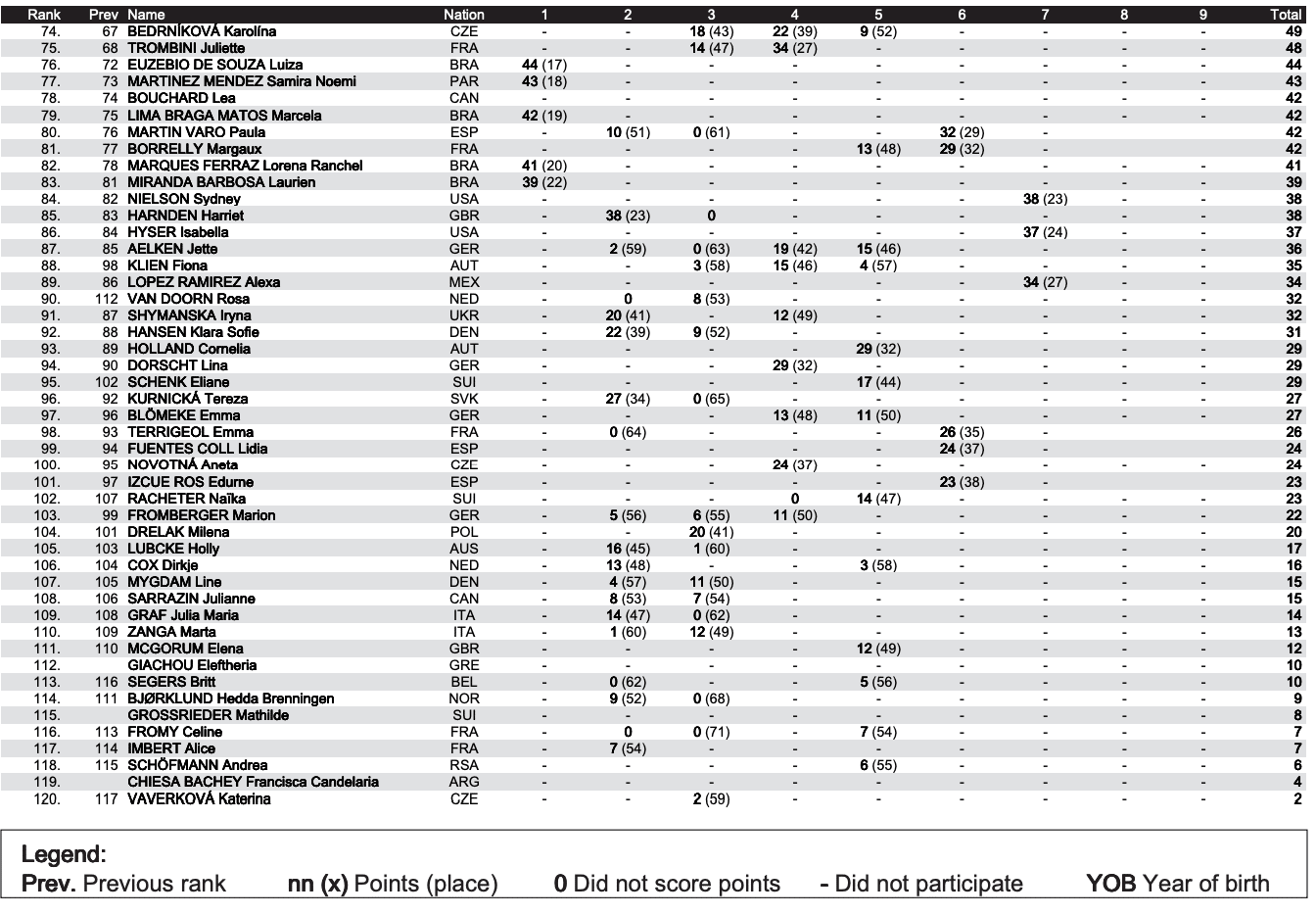