It was that on the last day of January this year when the sad news broke. Following thirty years of covering the sport of mountain biking in its most unique way, the east coast based mountain bike publication Dirt Rag threw in the towel.
Founded in 1989,  Dirt Rag had already been reduced to a four-times a year print schedule for 2020. Yikes! Without a doubt, of the many dirt bike mags that once existed, none remained as committed to celebrating the grassroots and countercultural connection to sport that Dirt Rag did. In recognition of the impact that Dirt Rag had on the sport, in 2002 current Publisher Maurice Tierney and his co-founder/former wife Elaine were both inducted into the Mountain Bike Hall of Fame.

I spoke to “Mighty Moe” a few days ago to offer my condolences and share some good stories about the many adventures and travails that we shared as fat tire journos. Below is an excerpt (from a longer interview and column that will be in the May issue of MBA) to both celebrate all that Maurice and his merry band of Dirt Raggers brought the sport over the last three decades, as well as mourn the passing of another institution of fat tire journalism.

It’s been awhile, how did it all begin?
After I saw an ad in Bicycling for a SuperGo Access bike, I ordered one and hadn’t even been riding it for a year when we came up with the idea to start a mag. I just had so much passion for the sport that I knew I wanted to be a part of it somehow. All we had was my camera, an ancient Mac computer and Adobe Page Maker to make it happen.
That first issue was only 16 pages and I had taken a prototype to some local bike shops and race promoters to try to get some advertising support which ended up paying for all the printing costs. That first issue was hand collated and had a $1 cover price. Well, one thing led to another and we decided to offer a yearly subscription of six issues for $6. We’d go to all the races in the tri-state races (Pennsylvania, Ohio and Virginia) and it was pretty well received so we were in business. 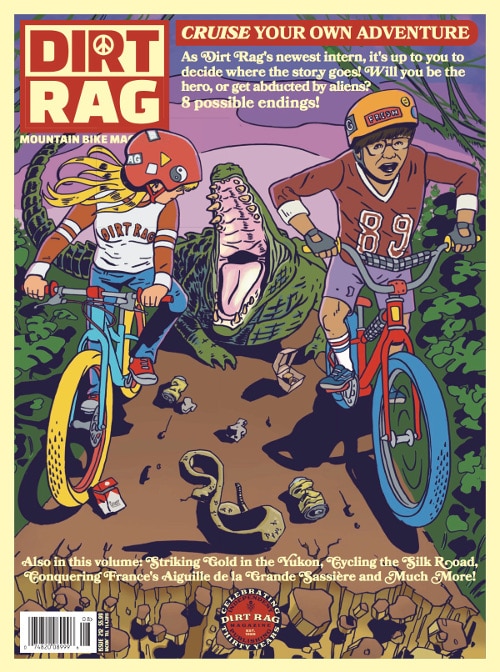 How did the legacy of illustrated covers start?
For the first issue we just used clip art because that was the program that came with the Mac. Eventually we learned how to put a photo on the cover, but then we also started getting submissions from readers which worked out in terms of creating our identity. Eventually though we had to start pandering to newsstand sales, so we went back to photos.
What was your impression of Mountain Bike Action  back then?
MBA didn’t really speak to our experience. Dirt Rag started out talking about local stuff and grew to include a whole east coast thing. But by the mid-90s we were trying to minimize that role because advertisers were less interested in a regional mag. We had to ride a fine line because the readers really appreciated our direction. We were like the alternative/punk rock version of what all the other mags wouldn’t do and maintaining a sense of that was important to me.
So when did you get a sense that the wheels were coming off?
In 2018 we had already reduced our frequency from seven to six issues and for 2020 the plan was to go down to four issues a year. It’s really simple, once the ad dollars started drying up, we couldn’t exist. Part of the problem, and really a bigger issue than just how it affected Dirt Rag, was that more bike companies think they can just hire PR firms to tell a story, and they can, but that’s not journalism. Money buys what it wants and with the PR firms, the bike companies are just buying positive words. As cool as being “disruptive” is supposed to be, I don’t think this kind of disruption is good and consumers should be wary about things like sponsored content and where they’re getting their information.
So, looking back, what were some of the high points?
That’s a tough one…I had a real good time at some of the single-speed worlds championships! I’m glad I was able to play a role in bringing some good people into the mag who later went on to work in the industry. I’ve been reading some of the social posts and it seems we made some kind of mark on the sport and in people’s lives. You know, even when you’re going bankrupt and someone says you changed their life, it makes it all a little less painful.
Any last words?
It’s a big world – ride it! 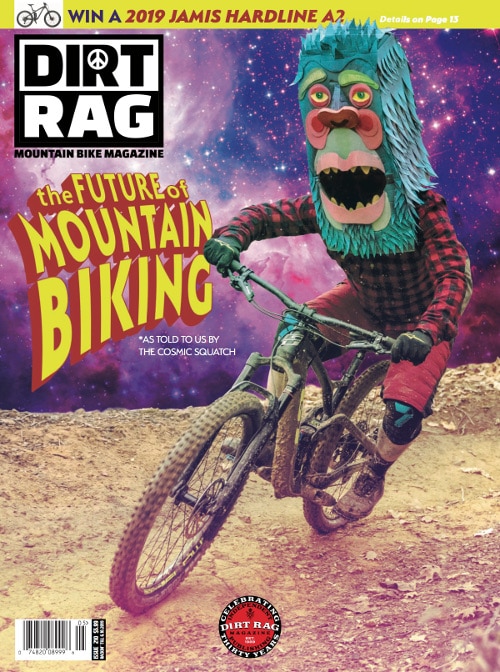