We had been hearing about this for weeks, maybe even months. We had even questioned Aaron Gwin himself about the matter. He had told us he couldn’t reveal any information about his plans for 2019 until the end of January or he would stop receiving money from YT, who had been his sponsor for the past three years. Neither could Intense share such information—until January 23rd, that is.  Intense had told us weeks ago that the 23rd was the day the  new team info would be released. Sure enough, right after midnight, Intense broke the news on their website. Then, at 1:35 a.m., Gwin shared the following news on his Facebook page:

“Ohhh man this has been hard to keep quiet these past few months! Intense Factory Racing for 2019 and beyond!!! So happy with what we’ve built, lookin forward to the future with my crew! Jack Moir – athlete @nekomulallyIntense Factory Racing Intense Cycles USA, Inc. @2wheelntodd @missyzincky John Hall @brock_knowmad @tomahawk174 @sa_yates”

There had been speculation that Gwin might try riding a downhill bike with two different wheel sizes on the same frame. The UCI recently had changed their rules to allow such bikes in the World Cup series and the  World Championships. What’s more, Intense came out with an e-bike recently which combines a 29-inch front wheel with a 27.5-inch rear wheel.

We asked Intense spokeswoman Jennifer Gabrielli a few weeks ago if Intense was coming out with a downhill bike with the two different wheel sizes on the same bike, and Gabrielli (the wife of Intense founder Jeff Steber) told us they weren’t.

We have since learned that Gwin —along with Australia’s “Shark Attack Jack” (Jack Moir) and America’s 2018 National Downhill Champion, Neko Mulally—will all be racing  Intense M29 downhill bikes. 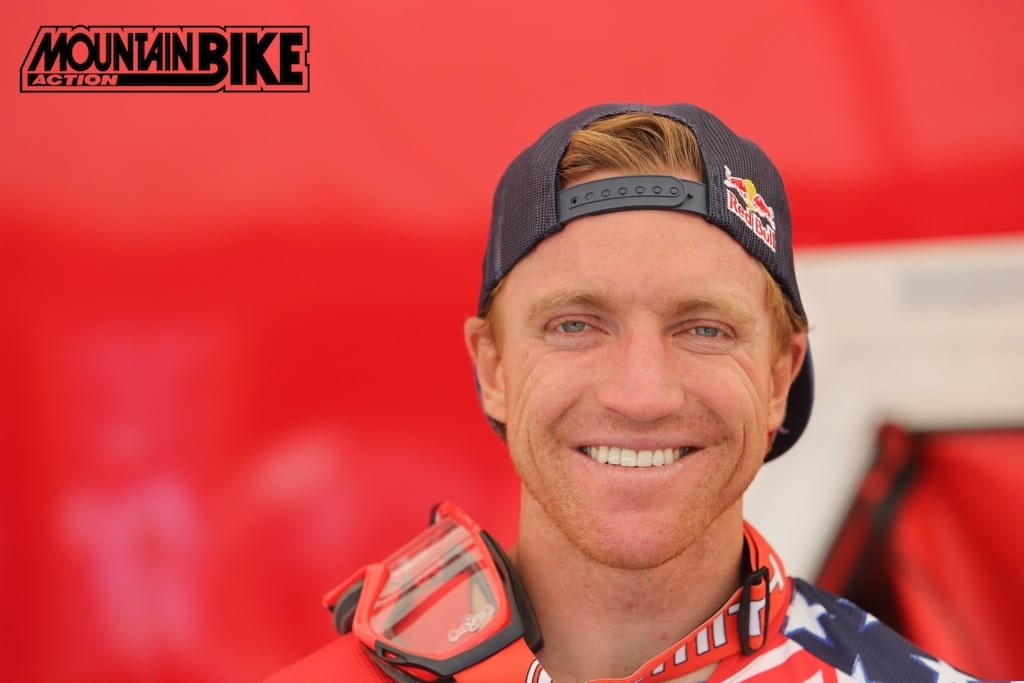