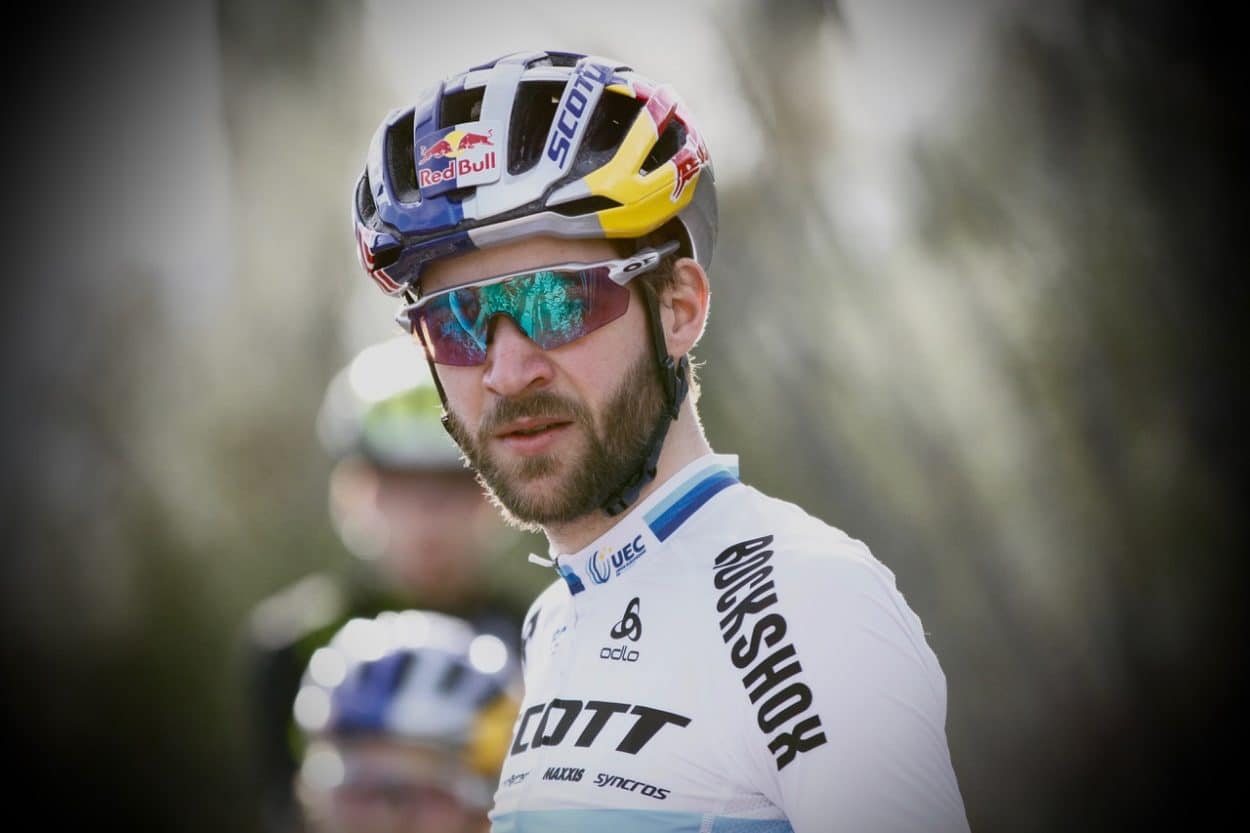 The 2017 Absa Cape Epic champion, plus reigning World and Olympic XCO Champion, Nino Schurter will return to the race in 2019 – with one aim. To regain the title he was forced to concede in 2018. Aiding him in this quest is his new partner Andri Frischknecht, and the supporting team, DSV / SCOTT-SRAM, of European Champion Lars Forster and Gert Heyns. 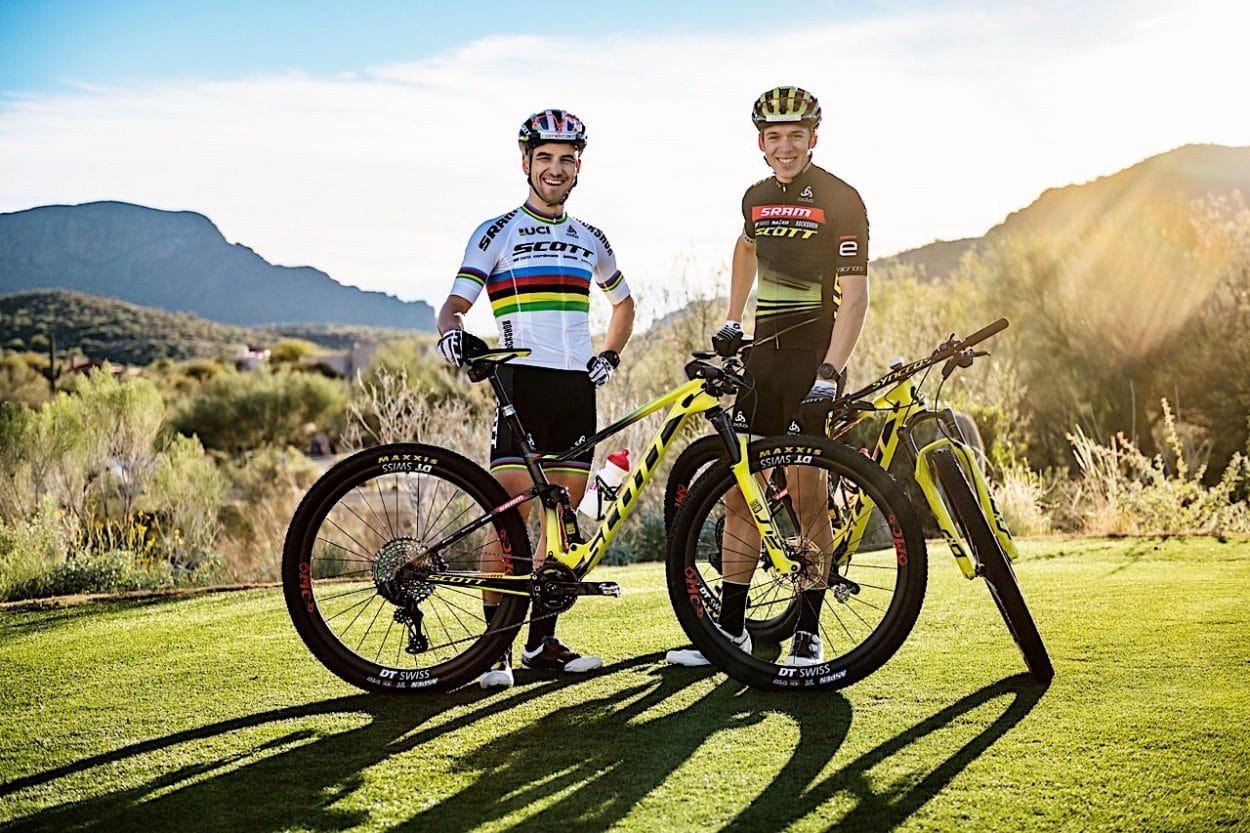 Schurter’s title defence was over before it really began in 2018. Matthias Stirnemann, with whom Schurter won the 2017 Absa Cape Epic, started the race with an illness. Though the pair placed fourth in the Prologue, one second faster than eventual race winners Jaroslav Kulhavý and Howard Grotts, their race effectively ended halfway through the opening marathon stage. By the end of the stage they had lost over twenty minutes to their general classification rivals. Schurter’s dream of becoming the first rider to defend the Absa Cape Epic crown since Christoph Sauser in 2012/2013 was over. 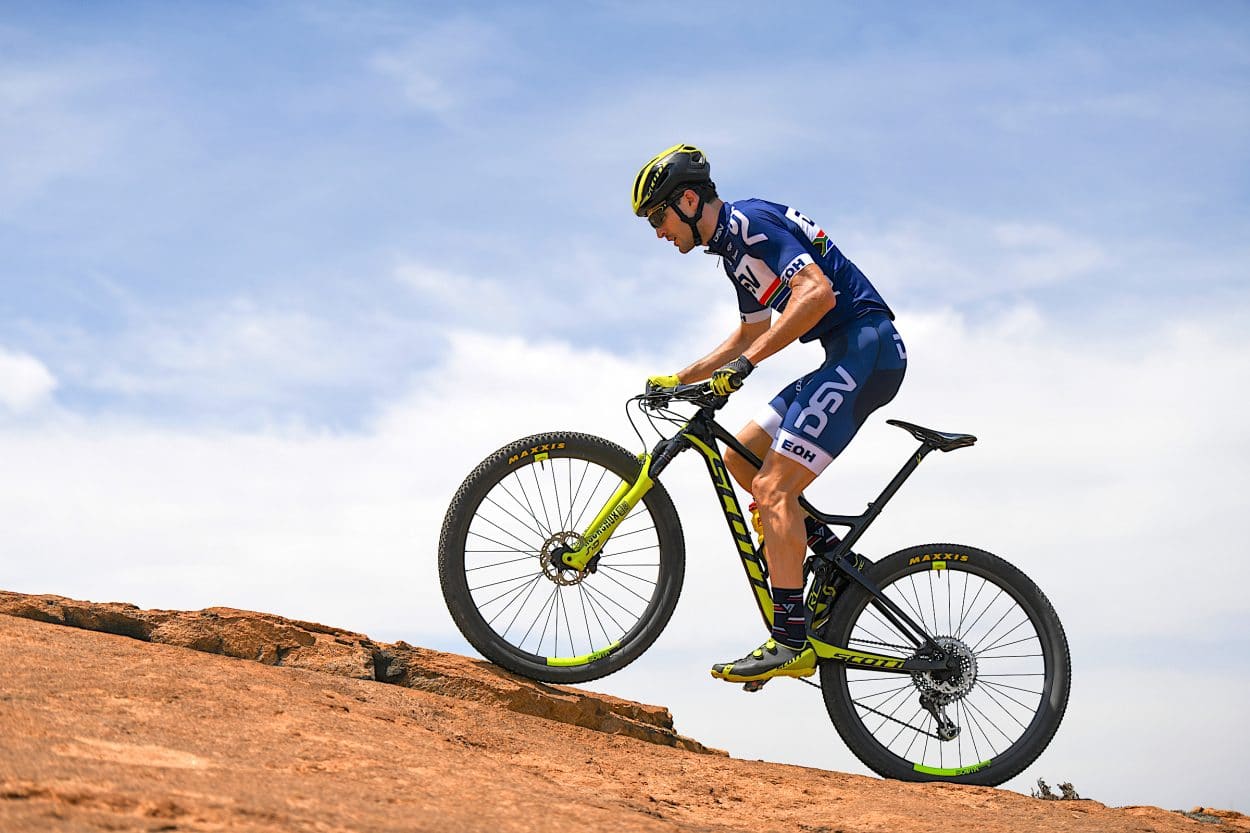 In 2019 he will line up alongside Swiss Epic champion Frischknecht for his sixth Absa Cape Epic. Despite having won virtually every major title in the sport his motivation still burns as bright as ever. “I still love racing – I still love to challenge myself. This hunger of racing at my best is not any smaller than years ago” the seven-time XCO World Champion stated.

Both he and Frischknecht are pragmatic about the lessons they can take from the 2018 race, where Frischknecht crashed out during Stage 3. “The lesson was an Absa Cape Epic can go all directions. To the good and to the bad” Schurter reflected. “Illness, mechanicals and injuries is not something you can 100% avoid, you can only try to limit the risk” the Swiss star reasoned. 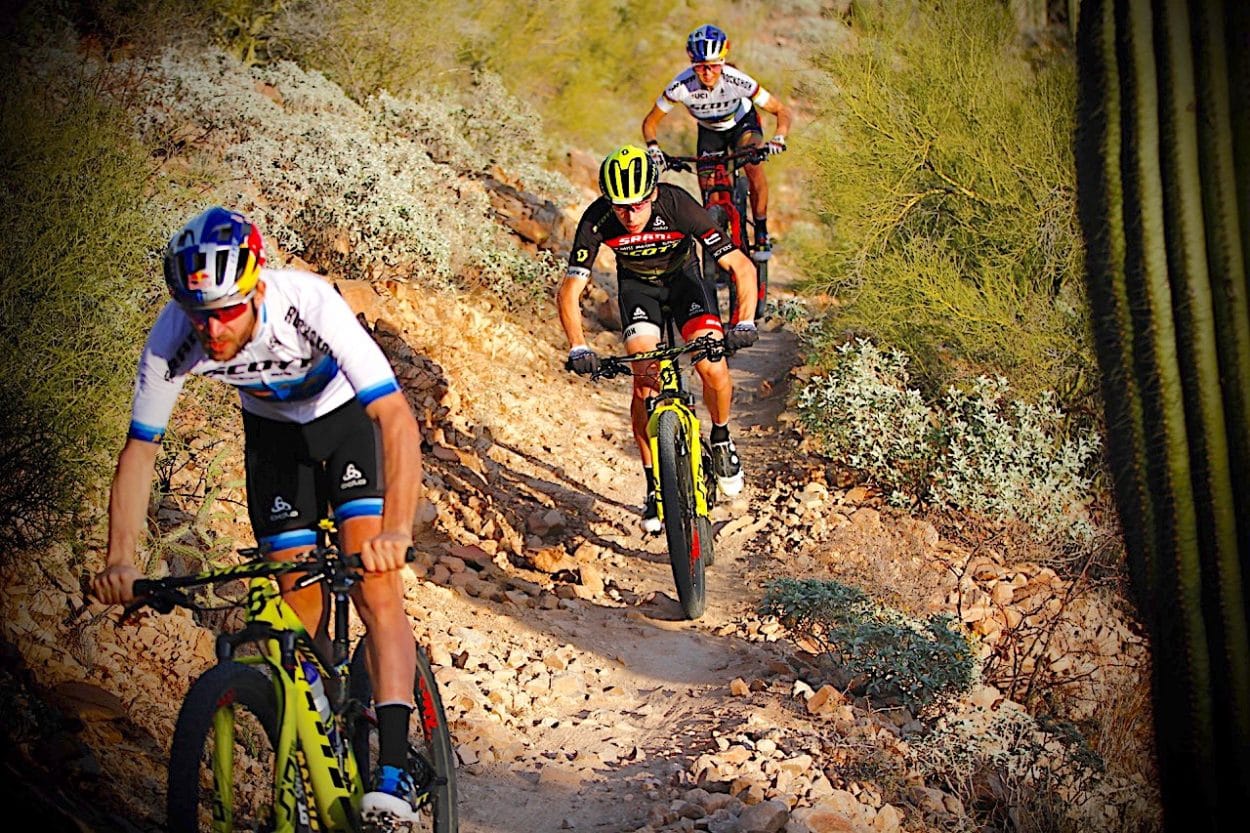 “It was a bummer [crashing out in 2018] for sure, but anything can happen in the Absa Cape Epic” Frischknecht added echoing Schurter’s sentiments. The 24 year old was quick to shift the focus to this year’s race however: “For me a dream comes through competing the Cape Epic with my mentor Nino Schurter. I’ll give it 110% and see this as a great opportunity to show what I’m capable of.”

Aiding Schurter and Frischknecht in their bid to regain the title for SCOTT-SRAM are Forster and Heyns. The pair will be riding in the colours of DSV / SCOTT-SRAM as the South African Marathon Champion’s sponsors are also represented on the team’s jerseys. It will be Forster’s Absa Cape Epic debut, but in Heyns he has one of South Africa’s most talented riders to help bridge the divide in experience. “I heard a lot of great stories about the Absa Cape Epic”, Forster said. “I’m super excited to finally be at the start line of the world’s most prestigious stage race”

Fortunately, the European XCO Champion’s anticipation for the race does not purely involve expecting to suffer. “I‘m looking forward to race through some beautiful scenery and shred some nice trails too,” he smiled. With Heyns at his side, he should be able to find moments aplenty to enjoy, especially on the technical descents, amidst the suffering. 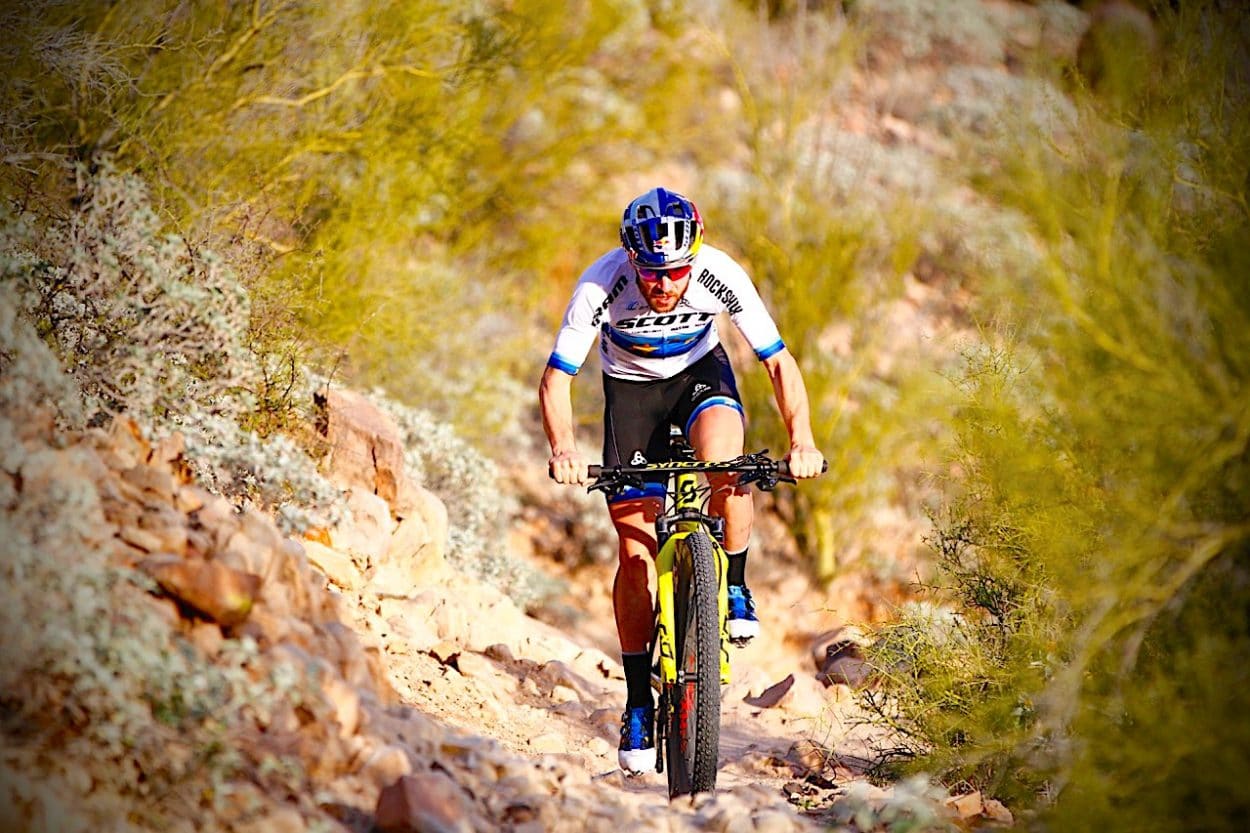 “I am a much more complete racer than back in 2014, when we won the final stage, Absa African Jersey and finished 6th overall. I have matured a lot as a rider in the last few years and can’t wait to race in this prestigious event again.” Heyns revealed. “Although the competition has definitely increased every year, I am confident that if everything falls into place, a podium finish would not be impossible. But our main objective for the race is to support Nino [Schurter] and Andri [Frischknecht] in their quest for victory. It has been a few years since I last started the Absa Cape Epic, in 2016. It was a year that was full of drama; I had to withdraw from the race due to illness while leading the Absa African Jersey classification. Over the last few years I did not have a team mate with whom I could compete in the event, so I opted to rather focus on my studies during that period,” the DSV rider said.

The partnership of SCOTT-SRAM and DSV is a special collaboration arranged for the 2019 Absa Cape Epic by two top former professional cyclists: Thomas Frischknecht – mountain biking legend and owner of SCOTT-SRAM, and Malcolm Lange of Lange Sports – multiple South African road and track champion and owner of DSV Pro Cycling. Heyns stated: “A few months ago we got a call from Thomas Frischknecht, the manager of the SCOTT-SRAM team, asking whether I would be interested in teaming up with Lars Forster for the Absa Cape Epic. There is no doubt that Lars is an amazing athlete and definitely a rider that’s up for the task of competing at the sharp end of the race. I feel very privileged to have been granted this opportunity and I am very thankful for how accommodating everyone was in making this collaboration between SCOTT-SRAM and DSV work.”

In 2016 the Cape Epic PTY (ltd) was acquired by the IRONMAN group, part of the Wanda Sport holding company. In terms of IRONMAN’s strategy, the Cape Epic will be the pinnacle event of a world series in which stage races around the globe offer qualifying slots for the South African race.

Stand up and Shred Harder