YOUR PARTNER FOR ALL RIDES, ALL THE TIME, ALL DAY 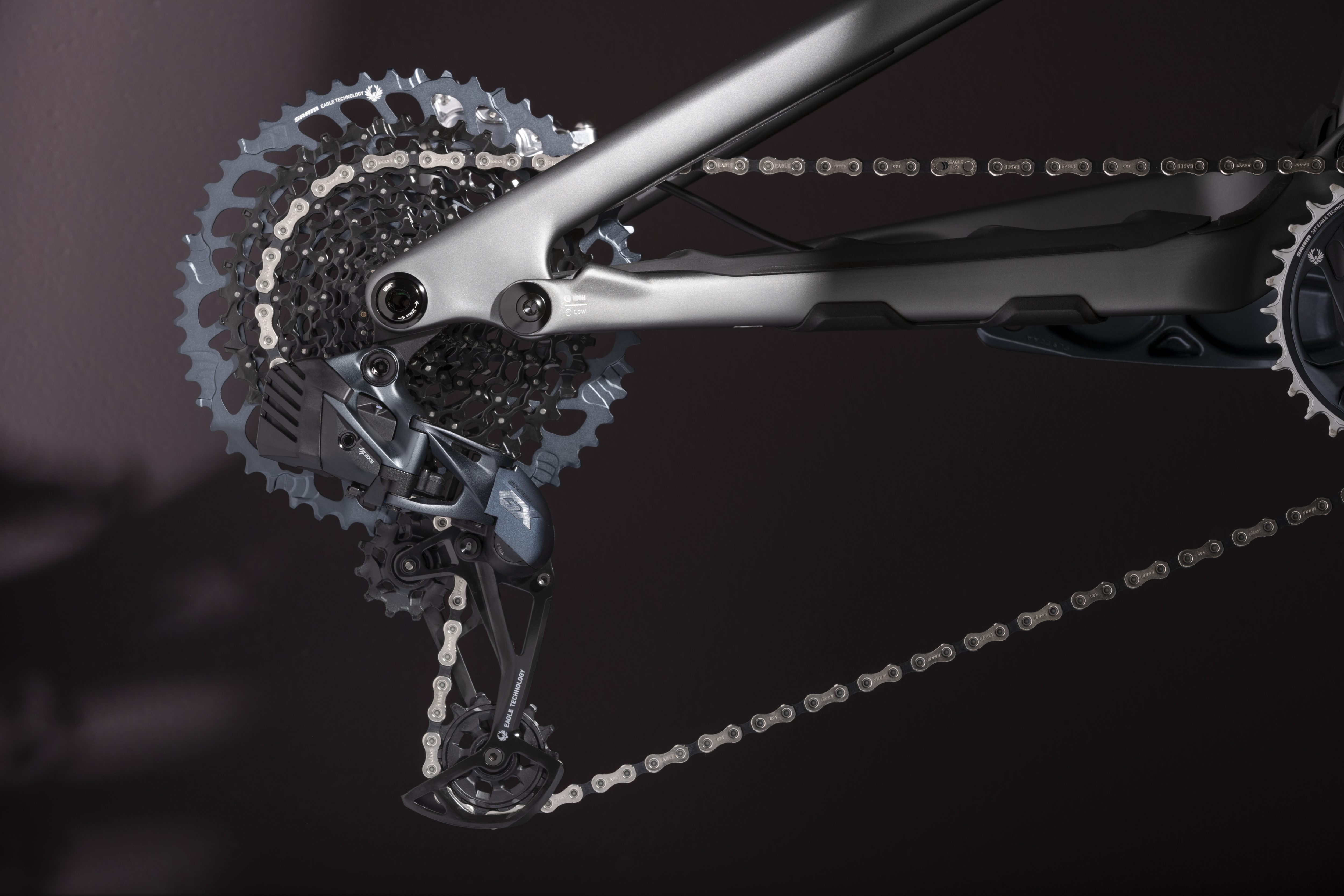 SRAM has proven the reliability of their AXS wireless shifting technology and continues to steal the hearts of us bike nerds. Now, SRAM has launched a more rugged option for the Eagle AXS family without having to choose the very top-of-the-line option on the market. The new GX AXS features the expanded 520% range (10-52t  cassette) seamless compatibility with the rest of the 12-speed Eagle ecosystem and still has the ability to be customized with the AXS app.

The design is intended to be shifted under load, over the roughest terrain, uphill, without changing your grip on the bar. There is no cable, housing, or wires to manage the opened-up design. The controller now features a more ergonomic touchpoint that makes shifting simple. The system is also customizable to your preferences, allowing you to choose which button does what through the AXS App.

Now, the GX AXS upgrade kit is available as an entry point into a wireless drivetrain. The best of it is that it is compatible with any of the SRAM Eagle family of cassettes and crank arms. This upgrade kit will allow riders to experience AXS without needing to buy an entire groupset (provided a rider already is using Eagle products). No matter if you are looking to upgrade your ride, get rid of an additional cable,  or increase performance, you will surely have a GX AXS upgrade kit on your list. Rightfully so, as we think this will be a game-changer to our industry. Likely, we will begin to see this on entry priced point bikes as well.