Am I A Fat Biker? 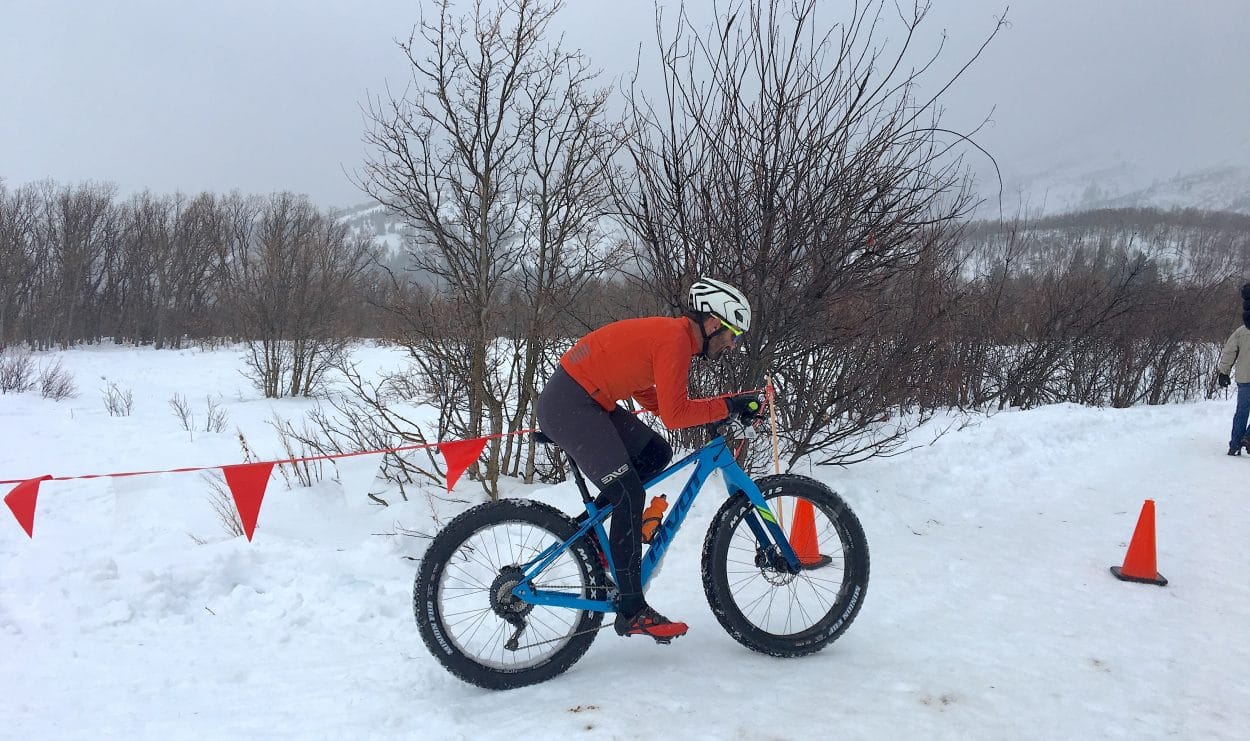 I’ll be the first to admit it; I didn’t like fat bikes. Granted, I had never ridden one, but that didn’t stop me from forming an opinion, and a negative one at that. The idea of an uber-fat-tire bike that looked heavy and sluggish seemed ridiculous. Mind you, I lived in Southern California and far from the terrain fat bikes are ultimately designed for.

This past October I made the move from Los Angeles out to Utah just in time for the “winter of the decade,” as the locals tell me. My normal routine of riding my bike nearly every day throughout the year changed quickly once the first snow fell and my fellow co-workers traded their bikes for skis, while I just became more sedentary. One day during a hike on the Shoreline trail, a singletrack that runs for dozens of miles along the base of the Wasatch range from Salt Lake City north to Ogden, a fat biker passed me, and that’s when it set in that I was missing out. The answer was to go fat. 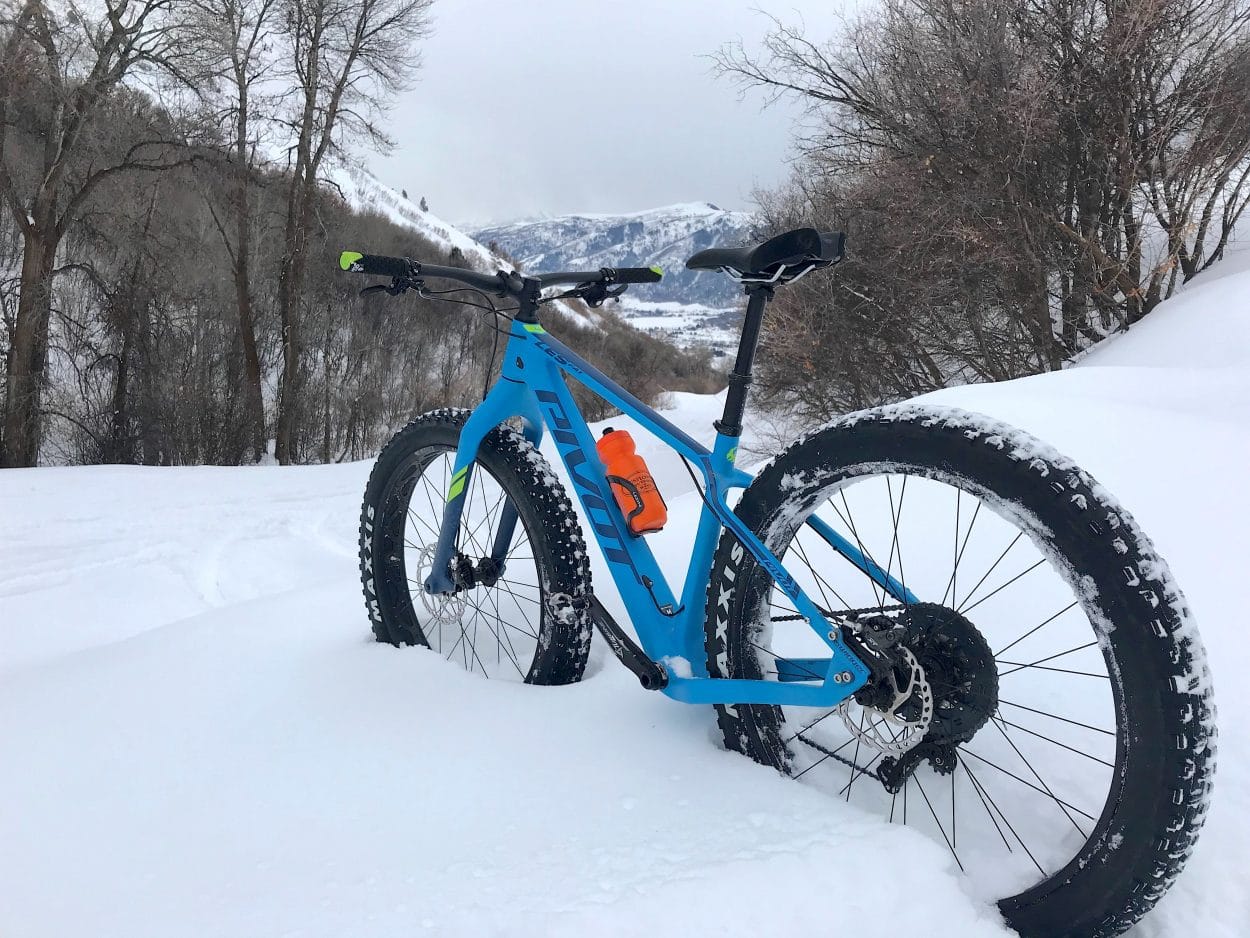 The antidote to the winter blues. Pivot LES Fat

There are obviously a lot of options out there for fat bikes, but the Pivot LES Fat was most appealing because of the performance Pivot is known for and its light weight compared to everything else I considered. I didn’t want a bike that would simply be a good utilitarian option; I wanted something I could line up at any fat bike race on and know that my equipment was competitive and versatile enough that I could go from 1x to 2x or even change wheel sizes on the off chance I might do some crazy event in Alaska.

Everyone had told me that fat biking didn’t feel like riding a real bike, so I was expecting an uninspiring first outing once my Pivot arrived. All I can say is that those who told me that must have been on the wrong bike. Riding in snow is obviously going to be slower than in the dirt, yet being able to get out on trails that were completely off limits to anything other than a fat bike was an incredible experience. 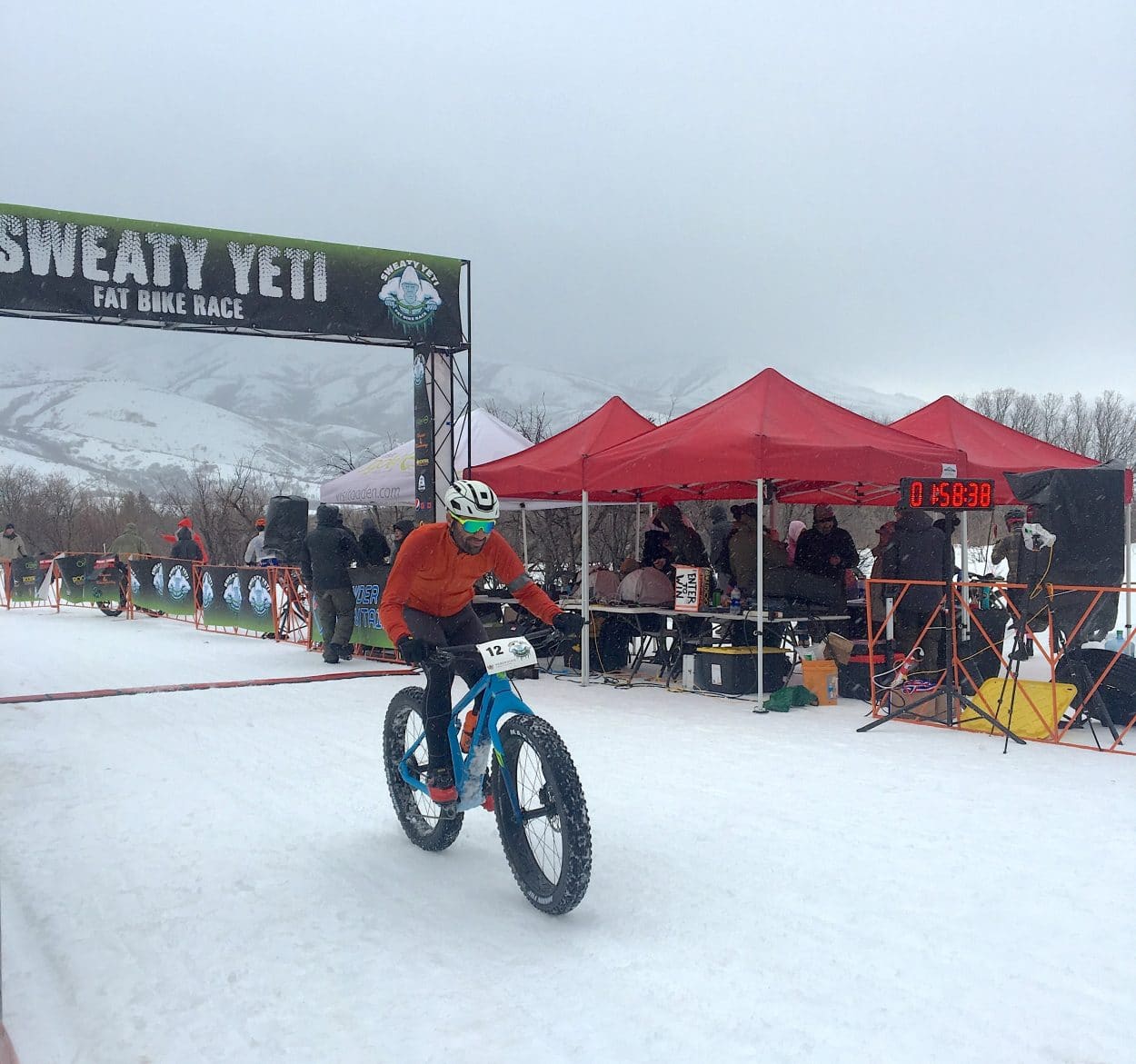 I had heard all about how the Q-factor of a fat bike would be so hard to get used to and that the frame geometry was never quite right, so I planned to ease into things and just use it on the five-mile, icy, bikepath commute to work. Two days of doing that and it felt so much better than anticipated, so I threw in a lunch ride on snowy trails to see just how bad the handling really was. I was obviously doing something wrong, because the LES Fat felt quick on the twisty trails, and I didn’t experience anything like the tepid handling I was anticipating.

One week later and I was doing my first race, the Sweaty Yeti, in Ogden where I learned a valuable lesson: it’s all about the tire pressure! Slushy conditions and tire pressure in the 12-psi range in the Maxxis Minion FBR 27.5×3.80 rubber made for a challenging day trying to hang with more experienced riders. After stopping halfway through to lower my tire pressure, I was able to enjoy the second half of the race much more and actually stay on the groomed trail. I took that knowledge into my second race a few weeks later up in Sun Valley, Idaho, at the Snowball Special. Bringing the pressure down to 6 psi made all the difference, both in terms of handling and enjoyment factor.

Even though my racing is probably wrapped up for the winter, the rides I have planned in remote areas where I’ll rely on snowmobiles for pack are going to provide me a cycling outlet until the spring thaw, which is still months away. The LES Fat has allowed me to do everything I was hoping it would. It is the highest-performance bike I could ask for when lining up at a race, and even more important, it will open doors to vast opportunities for winter adventures that wouldn’t otherwise be available to me. I will surely put all three water-bottle cage mounts on the LES Fat to good use. Instead of dreading the winter, I think I’ve found my new sunshine. 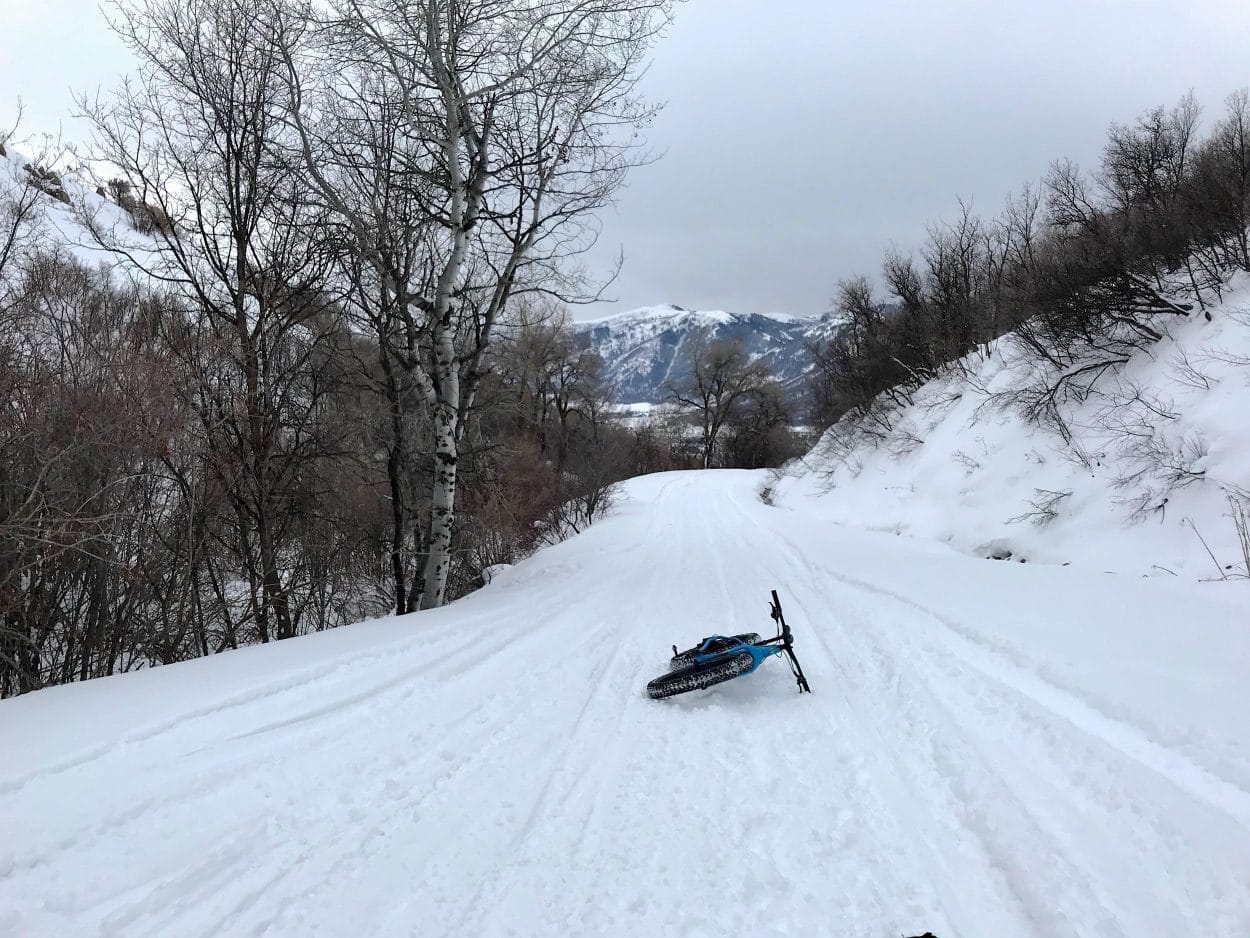 Editors note: The name Neil Shirley might ring a bell if you’ve been a reader of our sister publication, Road Bike Action, where he held an editor position from 2010 to 2016. Before Neil joined Hi-Torque Publications, he raced professionally for 10 years. That time was divided between seven years on the road and three years racing on the dirt. Neil was well-regarded as the fastest guy in our office, next to Sean McCoy. Neil would put the hurt on all of our staff during our lunch rides and was regarded, “the guy to beat in town”. He later moved on from the magazine to pursue a new career. Neil journeyed from sunny California out to Utah just last year and quickly found himself buried in snow and jonesing to ride. His curiosity for fat biking was piqued when he realized it was his only way of getting out on a bike. We called our friends at Pivot, who graciously set up Neil with the all-new Pivot LES Fat.