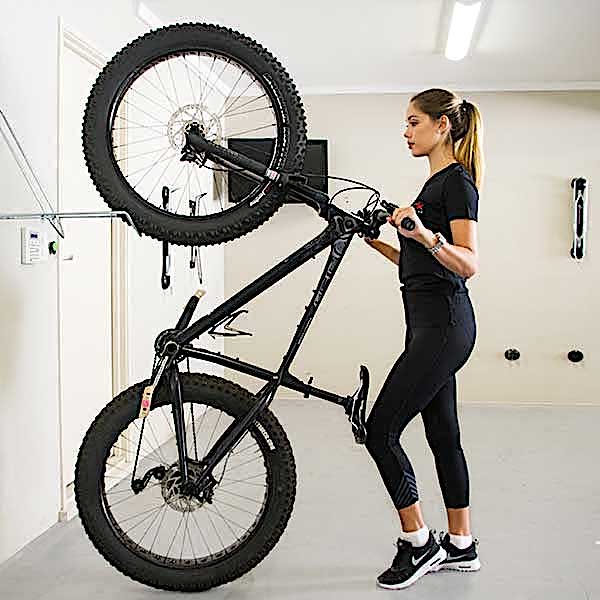 Q: I’ve always hung my bikes in the garage by their wheels. It’s just what we do, right? But I’ve always wondered, is there any long-term effect from this? Now that I’m a proud owner of a brand- new Spot Mayhem 27.5+, I’m wondering if hanging it by either the front or rear wheel puts unwanted stress on the suspensions or rims.

Been a faithful reader since 1990! I just love this publication and wish you guys a good 2018 riding year!

A: First off, congrats on the new bike. The guys over at Spot are putting out some really sweet bikes these days. Hanging your bike by its wheels doesn’t put any extra stress on the suspension or rims. You may notice that your brakes feel soft after hanging the bike from air collecting in the line, but your bike was designed to handle way more abuse than being suspended in mid-air by a tire hook. It’s best to hang your bike vertically on a wall with the front wheel up. This will allow the oil in your fork to work its way up and help keep your suspension lubricated.

NO WHEELS FOR A TOUGH GUY?

Q: I keep on having to buy new wheels. It’s true that I’m above the average in weight (230 pounds) and quite aggressive on a bike, but I either solve this problem or I’ll give up the sport and go back watching TV from my couch.

A: Let’s try to keep this and all of the guys with the same problem on a mountain bike. Robert didn’t tell if its a taco-wheel problem or if he was literally breaking his rims. Taco wheels happen mostly when landing sideways, and you can reduce this risk by choosing more robust rims assembled with the highest spoke count and spoke tension. We’re talking about at least 24–27mm inner width and 32 spokes not thinner than 14/15G. Spoke tension should be no less than 180 pounds on the less-tensioned sides (they’re not all equal). And contrary to what people think, J-bend spokes are better than straight pull in this case, having flange centers more distant. For the same reason, Boost wheels are stronger, but you need a Boost fork and frame too. Our favorite spokes are made in Belgium by Sapim. Great steel indeed. And speaking of assembling, the wheels should have a three-cross to avoid overlapping spokes in the last cross, as well as brass nipples only, making it much easier in case you need to true them again.

If instead, a biker tends to easily break rims when hitting big and square-edged obstacles, probably he has all of the wrong equipment and settings. Of course, suspension is of great help, but then you need tires with robust casings and an air pressure high enough to damp the impacts. The smartest thing is to use an insert inside the tires. There are many on the market now, and the last one we tested with great results was made by CushCore. The cost, weight and the way they assem- ble and disassemble the tires is a challenge, but they deliver what they promise, which is more cushion and support, most often saving your rims and your wallet.

ASKING FOR A DIRECT VERDICT

Q: I’m sick—sorry—to talk of this, so please just give me a one-only-word answer to my question—29- or 27-plus- inch? 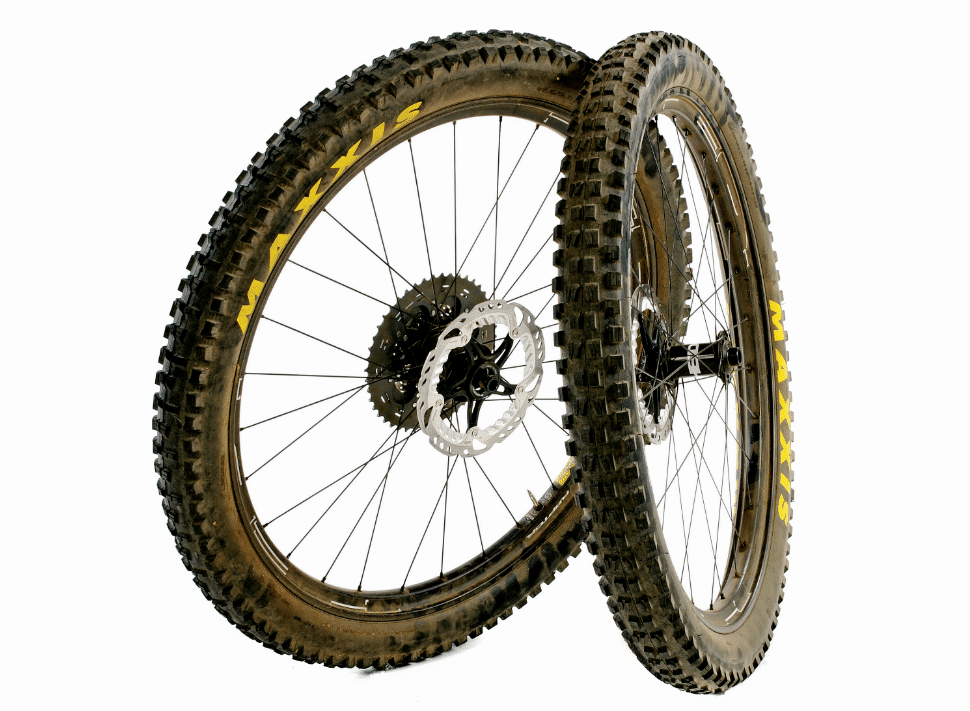 A: 29! We would like to add that on certain bikes, like a hardtail, they are meant to just go out and have fun. And having a slacker head angle and a longer-than-average suspension fork, we like the 27+ wheels a lot. Generally speaking, though, we think that the extra comfort and grip of a 27+ tire are not enough to convince us to pass on the more precise handling we get with a 29-inch. Speaking instead of all of the bikes that are claimed to be universally assembled with either of those wheel sizes, this is true only with a 3.0- inch width in the 27+—unless the frame has special dropouts to compensate the difference.

Bernard Kerr is back with Summertime Living…