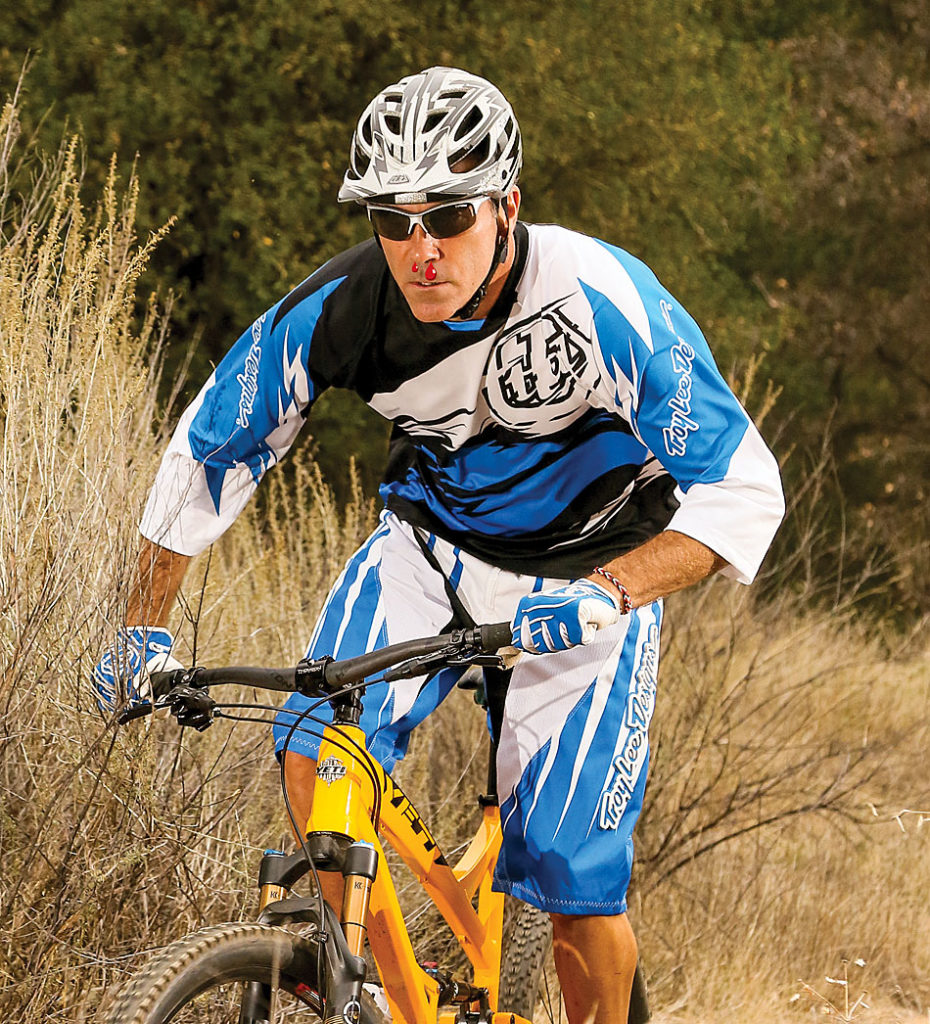 BLOOD ON THE TRAIL

Q: My nose bleeds when I ride my mountain bike. Do you think it could be my suspension?

—Bailee, whose jerseys all have red stains

A: We’ve never heard of a suspension setup being so jostling that it causes a nosebleed. In fact, mountain bikers lived without suspension bikes for many years without issue, so that rules it out entirely. This sounds like a medical issue. It’s possible you’re riding in dry conditions, which could be causing it. If this is happening every time you ride, though, it’s probably time to see a doctor.

DEPENDABLE IS THE NAME OF THE GAME

Q: I have a GT Avalanche 1.0, and I’m looking to change the fork. It’s running a RockShox Judy, and it’s starting to knock a little bit. I want something that’s depend- able but also doesn’t break the bank. I also need help with the derailleurs and shifters. It won’t change gears anymore. Should I start with changing the derailleur and go from there? It is currently a Shimano XT.

—Ezio, who wants a shocking answer

A: The Judy should be a solid fork as long as it hasn’t been run for a ton of miles without service. If you’re having problems with “knocking,” the solution could be as easy as an oil-change service with a diagnosis. Sometimes things can come loose internally, and it may be as easy as taking it apart to see what’s going on.

As for the drivetrain issues, the first thing we’d check is the alignment of the derailleur hanger and pulley cage. If those are straight and looking good, check the cables and housing. Most shifting problems can be solved by simply replacing those with fresh ones. Your Shimano XT stuff should be solid and likely doesn’t need
to be replaced unless it is worn out from many miles or damaged and bent. Start with replacing the cheap stuff first, then replace other parts if necessary. 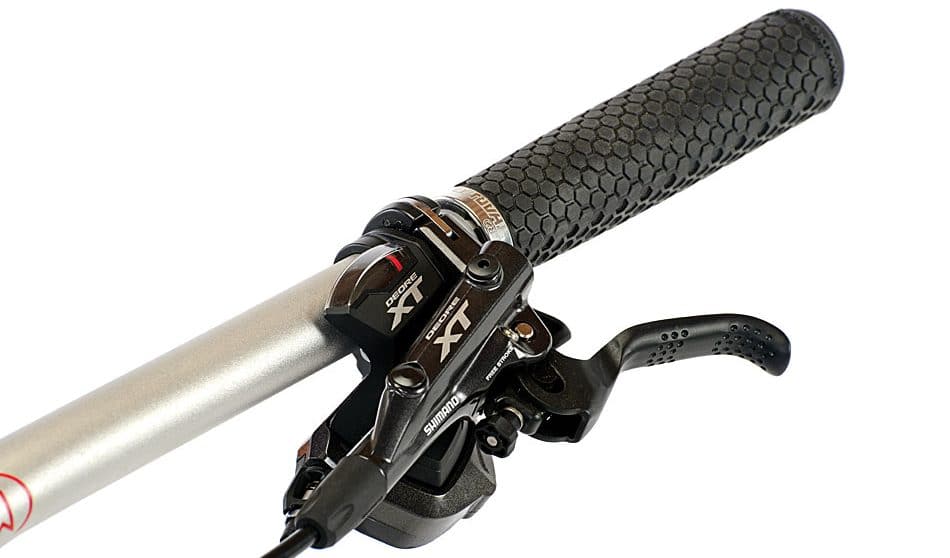 Q: I currently have older Avid Elixir 1 brakes on my 2010 Kona Dawg Deluxe with 180/160-millimeter rotors. I’m con- sidering upgrading the brakes to Shimano, as the Avids aren’t quite enough some- times. I live in Raleigh, North Carolina, where it’s flat, and the Avids are plenty for my local riding, but I travel to Pisgah about once a month where better brakes would be nice. I also plan to ride some of the nearby downhill parks once or twice
a year. Would the SLXs be an upgrade over my Elixir 1s? Would the SLX or XT be enough power for the occasional downhill run, or should I look at getting the Zees. Right now I have found a good deal on all three models, with the XT being $28 more and the Zee being $84 more than the SLX for the set.

—Travis, who needs to keep it under the speed limit 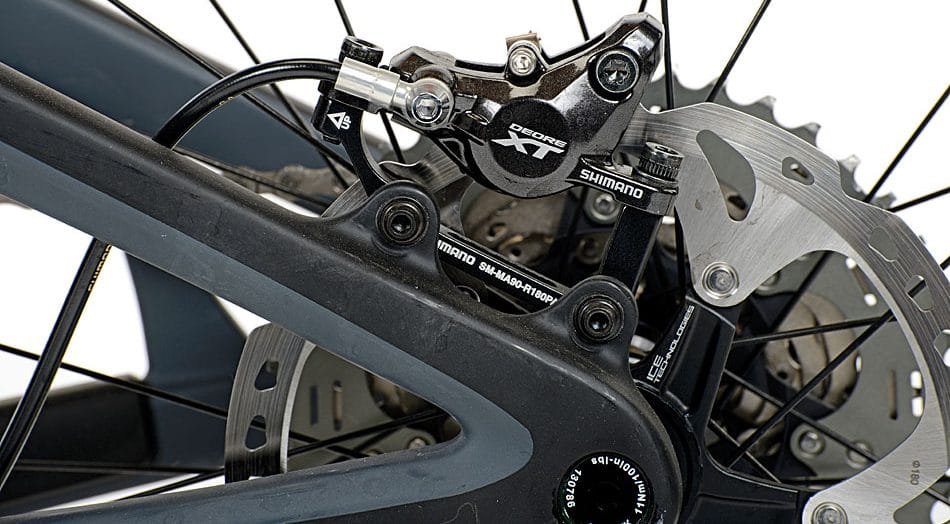 A: All three of those brakes have solid power, and all have a somewhat similar feel. The SLX brakes are not quite as adjustable but deliver the best bang for the buck in the group. The XT brakes are slightly more adjustable but don’t neces- sarily deliver more power than the SLX brakes. If you’re really looking for extra power, we recommend going for the Zee brakes, which have a four-piston caliper, or going with either the XT or SLX brakes and then upgrading the stock brake pads to the metal ones. The metal pads use a material pad compound that is slightly noisier but will deliver more power and will have a more on/off feel where the power will come on more quickly.

Have a question for the MBA crew? You can send your brain busters to [email protected].

Photo of the Day: Danny Lupold