Meet the Riders and their Rides – Peter Disera 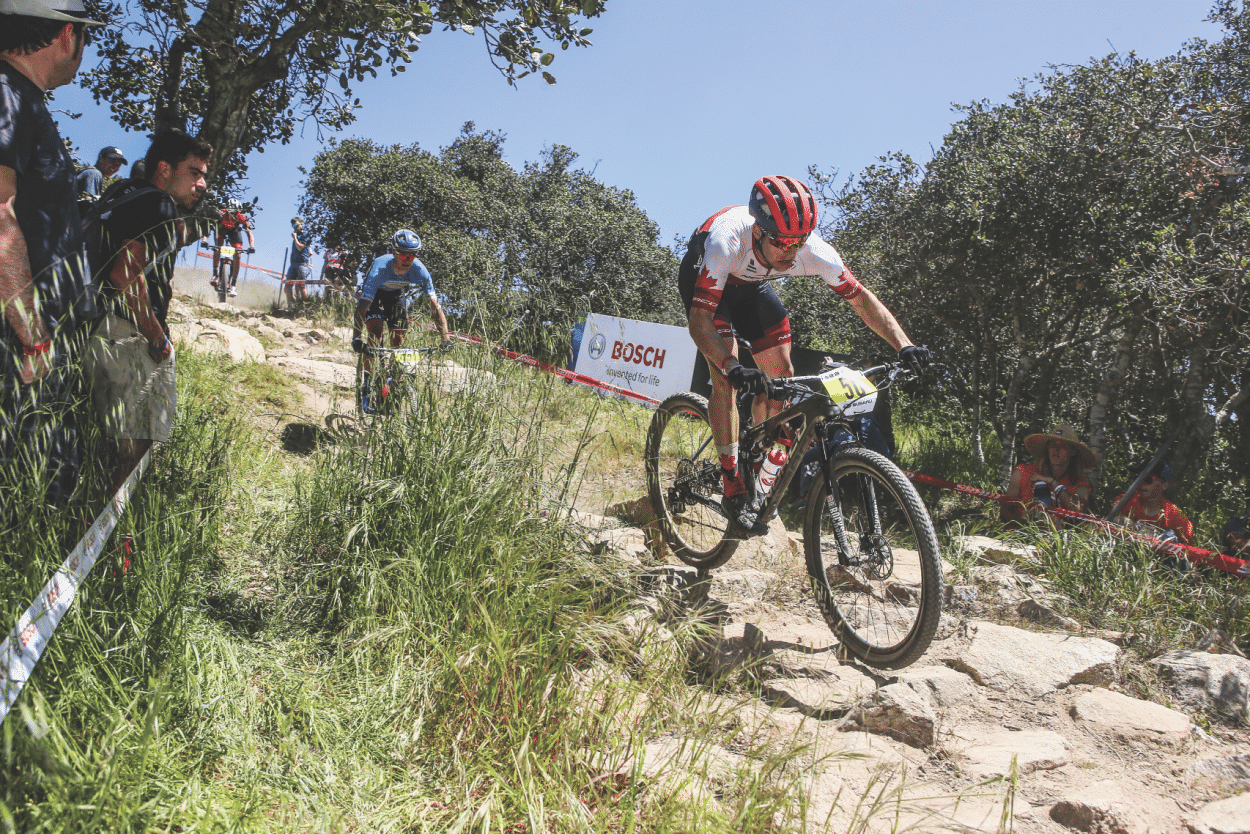 Norco’s Peter Disera wasn’t even supposed to have been in the race when he won Canada’s Elite Men’s National Championship last year in the pro cross-country division. Peter was only 22 at the time and should have been racing in the U23 division, but he decided to move up and join the elite ranks a year ahead of time so he could compete against the top XC pros in Canada. With his win of that Elite Men’s National title for Canada, Peter elevated himself to the top ranks of the sport.

Peter: I grew up in Bradford, Ontario, where I would play on the local ‘dirt jump’ on my Canadian Tire bike. I think my bike was worth $150 back then. When my family moved to Horseshoe Valley, Ontario [Canada], that is when cycling really took off. With Hardwood Ski & Bike so close, it was easy to get hooked.

Peter: My mother has always been involved in the ski industry and is currently the Ski School Director at Snow Valley (where we learned to ski). My father is a front-of-house audio engineer. Essentially, when you go to a KISS concert, he makes sure it sounds good for you. He never got caught up in the fame, but he’s worked with some cool people.

Peter: As a kid I always rode, but it wasn’t until 2007 at a local weekly race that things really kicked off.

MBA: When did you first start competing in events on a bike, and what kind of bike was it?

Peter: Hardwood Ski & Bike Wednesday Night Weekly Race in 2007, and I rode an Infinity. I desperately wanted a bike with disc brakes by the end of that year.

Peter: I don’t recall, but I finished second in the weekly series that year in my age group.

MBA: What have been your best competition results on non-mountain bikes?

Peter: I dabbled in road and cyclocross after I started mountain biking. I managed a few national champion results. For example, I was junior cyclocross, individual time-trial and crit national champ, as well as XCO.

Peter: I don’t recall my very first race, but my first provincials I was fourth.

Peter: I have been national champion a few times in a few disciplines, but most recently in Elite XCO as a U23 racing up an age class. Internationally, as a junior, I won the Mont-Sainte-Anne World Cup and placed second at World Championships that year in South Africa (2013). More recently, I managed to snag a spot on the podium at the World Cup in Albstadt, Germany last year.

MBA: What titles have you won (or come close to winning)? What years did you win them?

MBA: Do you have any other kind of career training?

Peter: I was a ski instructor throughout high school, so I worked towards my certification. By the end of that career, I was one of the most requested instructors. Five-year-old kids were my primary clientele.

MBA: Did you earn any awards, in sports or academics, while in school?

Peter: I have been on the dean’s list a few times throughout my academic career. In 2014 I was inducted into the Barrie Sports Hall of Fame for my performance at Worlds in 2013.

Peter: Besides playing intramural soccer while at school, all the other sports I partake in are usually a form of cross-training, and I don’t compete in them. Let’s just say that I am a terrible cross-country skier, an activity that makes for good training but would be horrible for racing.

Peter: Cycling wasn’t a family affair. For those who do not know my younger brother Quinton, he’s an accomplished professional mountain biker as well, but, contrary to popular belief, our parents were not cyclists until we became involved with the sport. They very quickly took up the support role as our careers began, and we owe a lot of our success to them. Mom now enjoys getting out on her mountain bike as much as possible, but Dad sticks to his motorcycle. 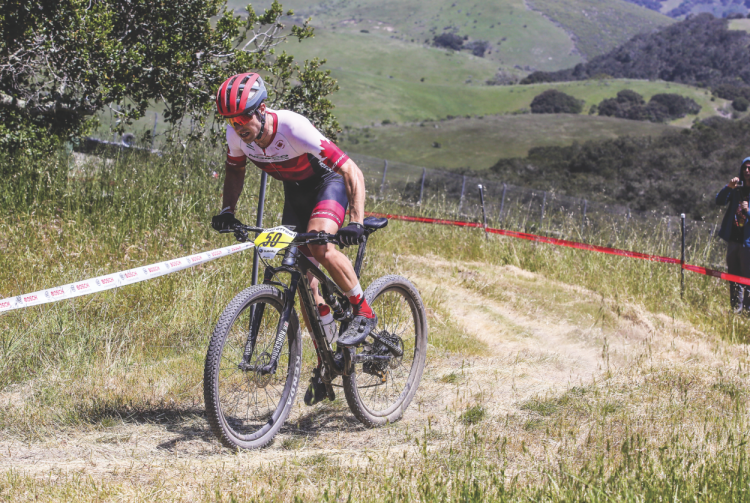 Heroes: The pros who took the time when I was a junior to teach me how to not be a junior. They put me on the track to success.

Favorite hobbies: Baking (and eating it), music, playing with our cat, being outside

Most embarrassing moment: Messing up podium presentations—more than once

Always takes on a trip: Headphones

What you would be if you were not a racer: Rally car driver. Someone would need to sponsor me though.

“I love this bike because it’s so durable, nimble and fast. Whether I am blowing my legs off on a rough, nasty climb or sending it down a gnarly rock garden, I know my Revolver will get me through it.”

“Love this fork for the weight and performance it provides. The charger provides great handling while under heavy braking.”

“I will often run this setup with the Kozmik in the front and Saber in the rear, as it is the perfect mix of light weight, good traction and fast rolling.”

“The smooth modulation of Level brakes makes them incredible to ride. Additionally, they’ll stop you really quick—good for times when panicking is appropriate.”

“The Descendant riser bar is stiff and sturdy. For how I ride, I wouldn’t want to be on any other carbon bar. “

“SRAM Eagle has really opened us up to running bigger chainrings. This enables racers to have that extra gear in a sprint or an open downhill section without sacrificing cadence on steep climbs.”

“I love the durability and the feel of the M1T pedals. They are easy to clip in and clear mud well.”

[How often do you change it?] “Depending on the number of key races, usually four to five times a year. The team mechanics will usually refresh the whole bike three times a year.”

“Crisp. SRAM Eagle executes shifts with flawless performance in all my races.”

“Nah, but note that I also do not run a chainguide.”

“Seatposts are something you should never have to worry about, and with Truvativ, I don’t.”

“No special touches; we just keep it real.” 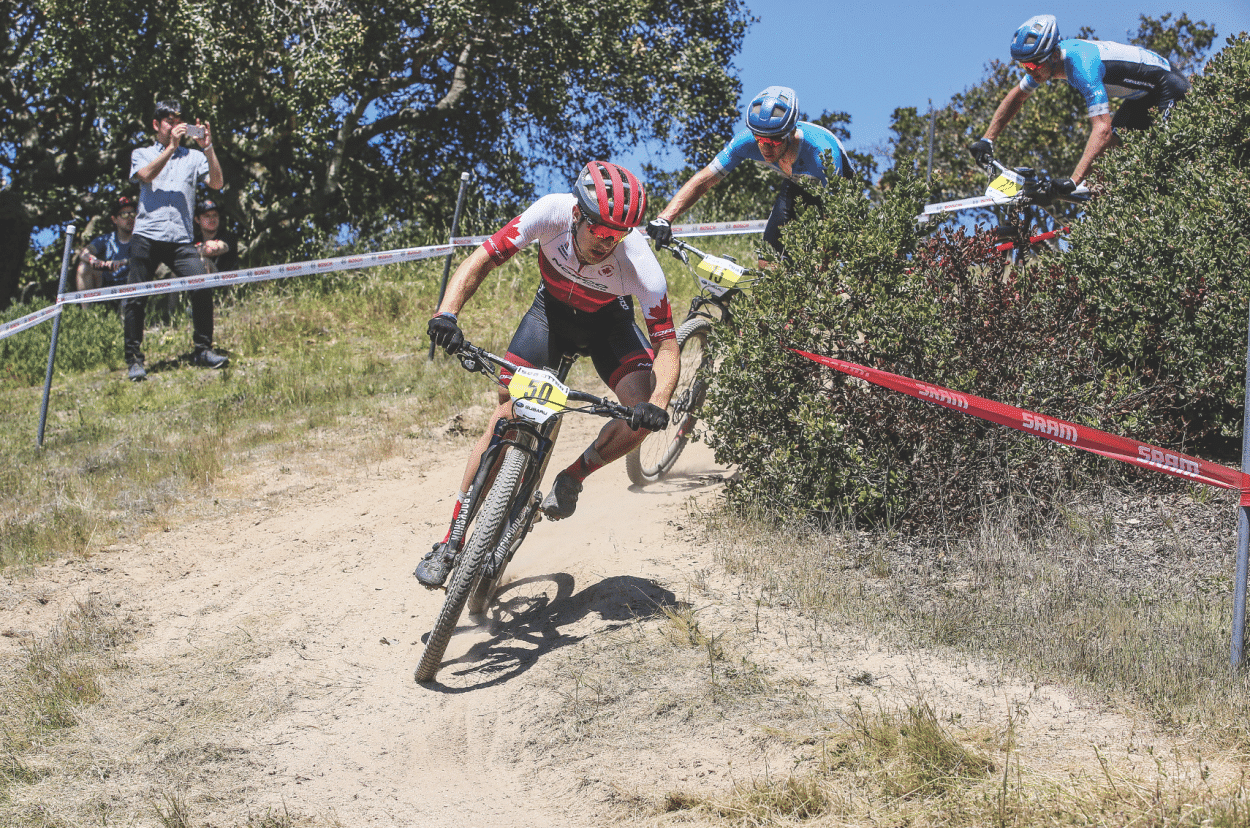 Throwback Thursday: 13 Years Ago in Colorado