Austrian and Frenchman both triumph at Snowshoe in thrilling World Cup downhill finale.

Vali Höll and Loïc Bruni held their nerve at the final UCI Mountain Bike World Cup downhill event of the season at Snowshoe to win their races and claim thrilling 2021 overall titles. 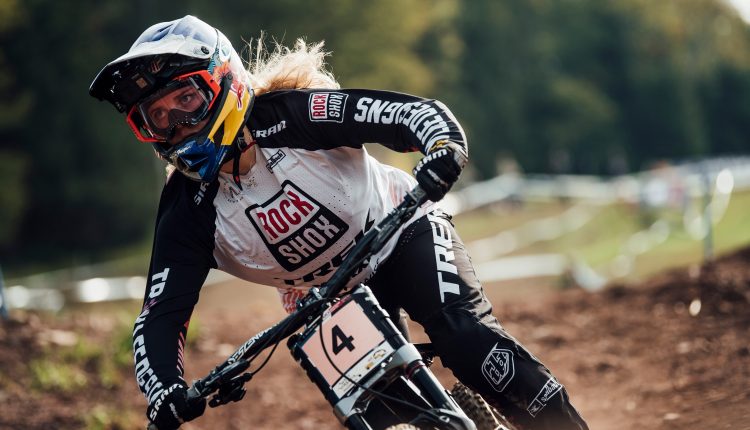 (Valli Höll, on her way to the win on Saturday at Snowshoe, West Virginia. Photo by Bartek Wolinski/Red Bull Content Pool)

– Austrian teenager Valli Höll had triumphed in Wednesday’s first Snowshoe race to boost her chances of the title in her first elite season, while Frenchman Loic Bruni came second that day to inch closer to a second overall men’s title.

– On Saturday in West Virginia, Höll watched as Swiss rider Emilie Siegenthaler signed off her professional career with a quick early time before Great Britain’s Tahnée Seagrave laid down her marker.

– Seagrave went fastest by a huge 16.748 seconds, which would be enough to land her in fourth spot at the end of the day, with German Nina Hoffman also able to lay down a second race run good enough for fifth.

– Höll was up next and quick through the top jumps en route to the 3:39.679 fastest time of the day with Switzerland’s Camille Balanche capping her best World Cup season after another solid run.

– France’s Marine Cabirou – the 2019 Snowshoe winner – was up by 0.849 seconds at the fourth split, but could not carry that advantage through to the finish as compatriot and fastest qualifier Myriam Nicole looked to have done enough for the title until just after the final split where she washed out on the open pedal section to lose time and hand Höll a maiden title.

– Höll, 19, said: “What just happened? I was like, ‘I would be happy if I get a top-five result’ and this was totally unexpected. My first World Cup season was a bit harder than expected, but I just kept going.” 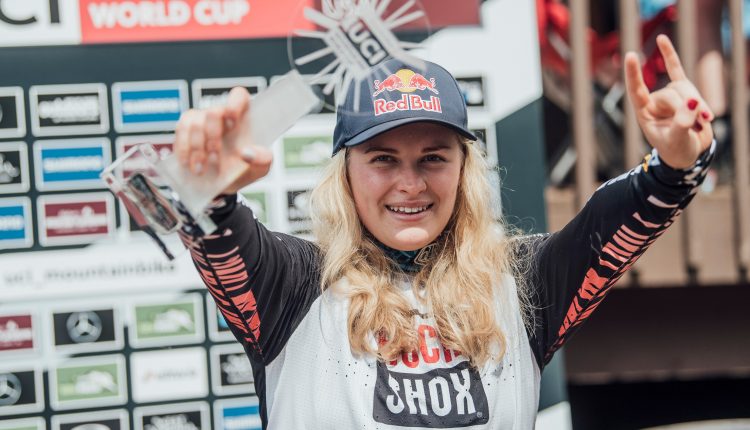 – In the men’s race, Spaniard Angel Suarez laid down a scorching race run to post 3:14.010 and set what would be a longstanding benchmark time with Wednesday’s winner Reece Wilson putting him under pressure until a bent chainring caused his chain to fall off before the flat pedal section.

– Next on the track was Frenchman Amaury Pierron – the 2018 World Cup champion – who, after a crash in practice on Monday, had been fighting pain all week, but he still delivered a brilliant run which got him fourth.

– American home favorite Luca Shaw then backed up two strong qualification runs in Snowshoe to grab his first World Cup podium in three years, much to the delight of the local fans packed on course.

– With France’s Thibaut Daprela out after breaking his thumb and undergoing surgery on an open fracture to his fibula following a big crash in qualification, compatriot Loris Vergier was the most likely candidate to take the overall title; however, he lost his line and went off track to dash his hopes.

– Australian Troy Brosnan went fastest with just two riders to go, and with Canadian Finn Iles crashing in his run, it was left to Bruni to put it all together under pressure to conjure up a run for the ages to nick the win by 0.421 seconds and take his second overall UCI MTB World Cup title. 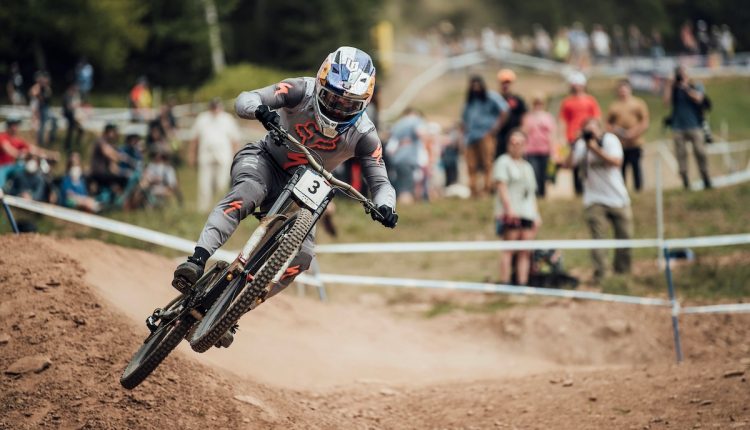 – Four-time world champion Bruni, 27, said: “At the start, I was like ‘Let’s just enjoy it’. I had nothing to lose. I didn’t crack and I gave everything I had. I am so happy. I felt it was doable, even though it was a long shot. I am over the moon. It was not easy, but we never stopped believing.”