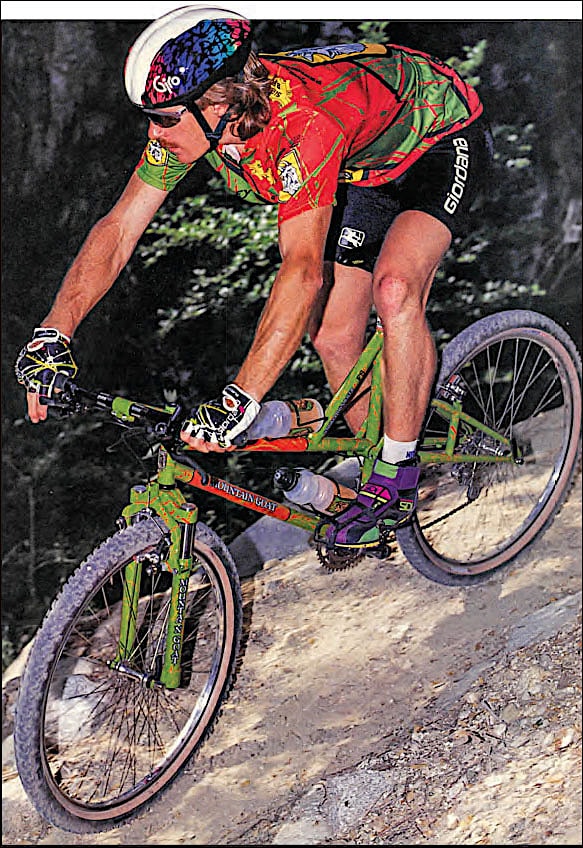 Setting aside its reputation for attempting to take over the world, Facebook has served a consistent and useful purpose for fans of vintage mountain bikes. Along with all the cute kitten and “man bites dog”-type posts, there are always photos of old mountain bikes that tug on my back-in-the-day heartstrings. The aptly named (public group) Vintage Mountain Bike seems to be the most active group of fat-tire sentimentalists (aka “old bike freaks”).

The level of passion and knowledge displayed on the VMB page is impressive. It’s funny to see which bikes have ended up finding a place in the history books. Most popular seem to be those that span the decade from 1985 to 1995 when some of the most extreme fat-tire experiments and leaps in development were taking place. The comments posted represent the interests of every type of old-bike freak—from original owners and restorers to speculators and active riders.

Of them all, I’m struck most by the latter two groups. The speculators draw my ire with repeated inquiries focused on price. To be sure, prices for old bikes have been on the rise, but how silly to see people curious only about the value of some nondescript dumpster find. While there are many bikes out there that have sentimental value, few have any actual market value.

As for the group that actively rides old bikes, although I’m happy to see them getting back out on the trail, I don’t share their desire to ride triple chainrings and V-brakes. The zeal of the vintage riders reminds me of an adage coined by Jody Wiesel, who is the editor of our sister magazine Motocross Action. Jody has tested every MX bike made since the mid-’70s, and despite several of his peers being part of an enthusiastic vintage community, Jody was quick to quip, “I didn’t like riding the bikes then, why would I want to ride them 40 years later?”

As someone who has ridden and tested his fair share of bikes from 1986 on, I get Jody’s point. While there are a wide variety of old bikes that I truly enjoy seeing restored, the thought of riding them does not spark any similar level of enthusiasm.

Back in 1992 MBA tested the Mountain Goat Whiskeytown FS. The bike was a production version of a bike that I’d first seen in the pits at Mammoth Mountain some months earlier. Mountain Goat was a back-in-the-day NorCal brand founded by Jeff Lindsay who was reknowned for his beautifully crafted hardtails. Painted up in Mountain Goat team colors, the test bike was spectacular to look at—but not so spectacular to ride.

The bike was originally designed by Mountain Goat employee Brian Hall for his engineering master’s degree project at Chico State University. It looked odd and spindly, but like so many other pioneer suspension bikes of the day, it was unique.

As a production bike, the FS was made with Tange Prestige tubing and weighed 27 pounds. The frame that sold for $1785 included a suspension fork, and for an additional $367, it came complete with a Shimano XTR drivetrain.

As with so many other early full-suspension bikes, the Mountain Goat designers had yet to decipher the effects of pivot placement and chain torque on the suspension. Borrowing from the oval motion of Shimano’s infamous elliptical chainrings, the bike suffered from a suspension ailment we referred to as “bio-pacing.”

“Having ridden the bike just 15 feet in the parking lot, we felt there was something wrong with it. One rider related the story of how a stranger rode up from behind and asked if the FS had elliptical chainrings because the test rider’s body was moving in such a strange manner.”

“While there are a wide variety of old bikes that I truly enjoy seeing restored, the thought of riding them does not spark any similar level of enthusiasm.”

Beyond the bio-pacing issues, the bike also suffered from a lack of lateral rigidity. “Test riders complained of back-end wobble whenever they attempted direction changes in rough terrain.” 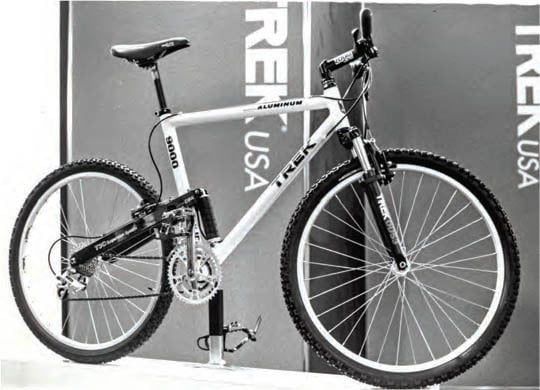 Of course, as history as proven, ill-handling mountain bikes are not the sole property of small brands who lack access to finance and testing. Coincidentally, the Mountain Goat test was in the same October 1992 issue where we panned the Trek 9000 with one of my best test-ride metaphors: “The ride could best be compared to throwing a leg over a mechanical bucking bull at the local cowboy saloon. The Trek is not a bike for bumpy singletrack, but if you insist, it’s best that you bring along your chaps!”

That bike test remains one of the clearest examples of MBA’s legacy of not mincing words when it came to reviewing bikes from brands that advertised with us. Those words  also necessitated a big MBA/Trek follow-up meeting at the Interbike trade show. To say that the atmosphere was tense would be an understatement. Thinking about all the old bikes we have tested  and how they’ve shaped the course of the sport (for better and worse), it makes you wonder which of today’s bikes might become famous – or infamous –  decades from now.