Down The Trail: 10 Years Ago In MBA

Ten years ago, when MBA’s April 2010 issue came out, mountain bikers were divided over the choice between 26- and 29-inch wheels. The bigger wheels rolled over things more easily, while the 26-inch wheels were quicker to accelerate, more playful and easier to maneuver. People were slowly moving to the bigger wheel size, but it took an in-between “Goldilocks” size to speed things up, and our April 2010 issue offered our first of three shootouts that included that Goldilocks size. 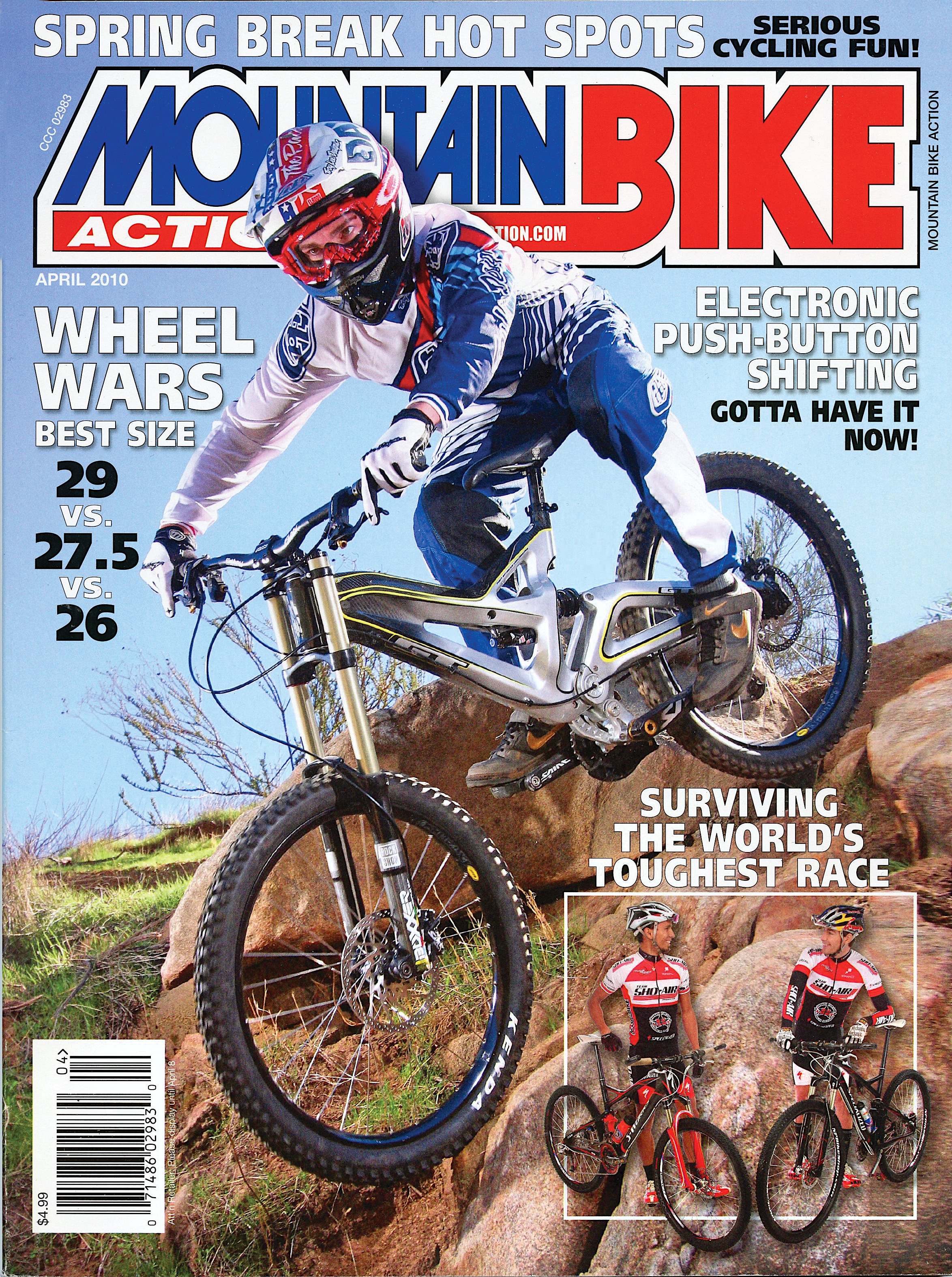 Ten years ago KHS Bicycles was offering its aluminum hardtail bikes in 26- and 29-inch sizes, as well as another model that came with 650b wheels. Most people had no idea exactly how 650b wheels compared to the other sizes. It was obvious that they were bigger than 26-inch wheels and smaller than 29ers, but how much so was anybody’s guess.

Eventually, MBA’s John Ker decided to get out a tape measure and measure the three wheel sizes to find out how the sizes compared. Our tape measure showed that the 26-inch wheel—with the tire mounted on the bike and fully inflated—stood almost exactly 26 inches tall from our workshop floor to the top of the tire. The 29ers stood 29 inches tall when measured the same way, and the 650b wheels measured 27 1/2 inches tall.

KHS was happy to let us try all three of its hardtail bikes with the different wheel sizes so we could find out which one we liked best. As it turned out, each wheel size had its pluses and minuses. Our test riders found that the 26-inch bike worked best at some things, the 29-incher proved best at other things, while the 27.5-inch bike seemed to be the best at a couple of other things.

In the end, we never did name a winner in that comparison. We said that it all came down to rider preference, and it depended on what kind of riding you wanted to do with the bike; however, in the months that followed, we did two more shootouts of bikes, including all three wheel sizes, and in both of those shootouts we found that we liked the 27.5-inch size the best.

In the end, as we said 10 years ago, the best wheel size for a rider still comes down to rider preference, but it did seem like our review of the three different wheel sizes and our preference for the in-between 650b size helped trigger the industry shift to 27.5-inch wheels. Then, a few years later, the trend towards 29-inch wheels took over. Most of today’s riders seem to prefer 29-inch wheels to the smaller options.

With so many changes in the last 10 years, it will be interesting to see what the next decade will bring.