If you’re new to the sport of mountain biking, you’re destined to feel silly, weird or awkward as you embark on your new journey. And you know what? That’s okay. It’s important to embrace these feelings and remember these moments as you advance your skills and become a better mountain biker. Everyone has a starting point, and everyone goes through the same growing pains. Yes, even the top pros once had to learn the basics.

It wasn’t until I tried to take up a new sport myself that this lesson was relearned. A few years back I entered into the world of motocross, thanks to the help of our sister publications Motocross Action and Dirt Bike magazines. I quickly related to our readers entering our sport for the first time, as I, too, was once again a beginner. In fact, I never realized I had taken the skills I had developed riding a mountain bike for granted until I pushed myself to learn a new skill set. 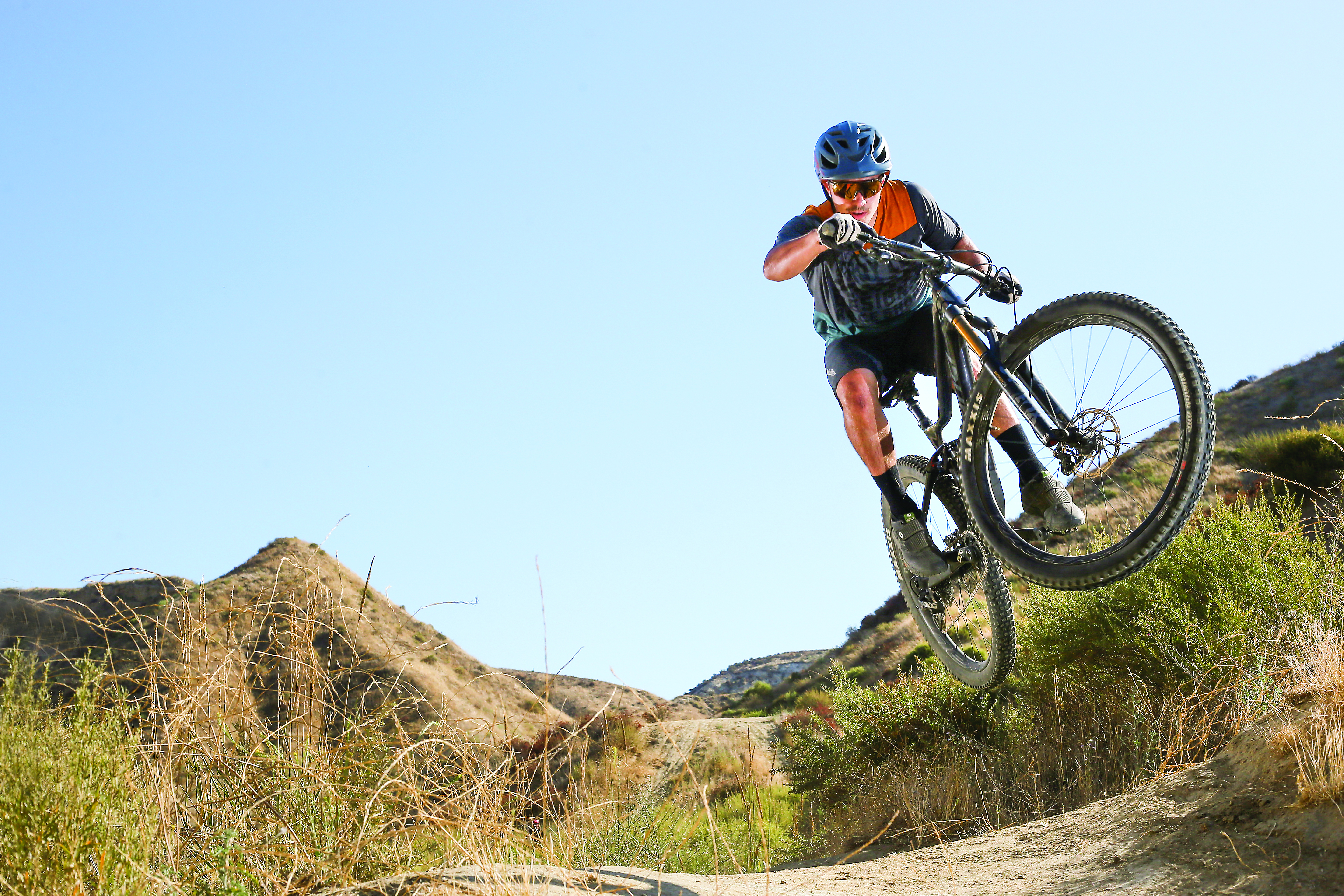 Similar to the way a mountain biker must quickly learn proper trail etiquette, motocross riders need to know the fundamentals of a track. Out on the track, riders must be aware of the flagger who communicates over the sounds of roaring engines with different-colored flags. The first time I saw a blue flag, I had no idea what that meant until a pack of riders blew past me at a rate of high speed, spraying me with clumps of dirt and rocks. I soon learned that a blue flag is the way the flagger communicates that a rider is about to be passed. That moment taught me that I needed to educate myself before going back out on the track. Since then, I never ignore a flagger standing trackside—for my safety and the safety of others.

Another thing I quickly learned was that the basic riding fundamentals I’ve used for years riding my mountain bike have very little carryover to my dirt bike. Mountain biking encourages a wide squatted stance over the bike, while motocross requires the rider to squeeze the bike with his knees. The reasoning for this is the motocross bike’s heavier mass, whereas a mountain biker easily outweighs his bike. These extreme differences in weight and, of course, power forced me to forget everything I know about riding and relearn a new approach. I’m sure this is true for skiers or even road bike riders entering the mountain bike world. While a sport might seem similar, it often requires a slightly different technique and muscle group to master it.

The moral of this story is that no matter what skill level you’re at, you once had to start as a beginner. So, when you see a new rider doing something silly, awkward or weird, remember that you were once awkward, too. And, for all you new riders out there feeling like the sport isn’t for you, I strongly encourage you to stick with it. Those climbs will get easier, those descents will seem less scary, and before you know it, you’ll look back and be grateful for the new skills you’ve developed. Let’s all get out on those trails, have a blast and not take our riding too seriously.