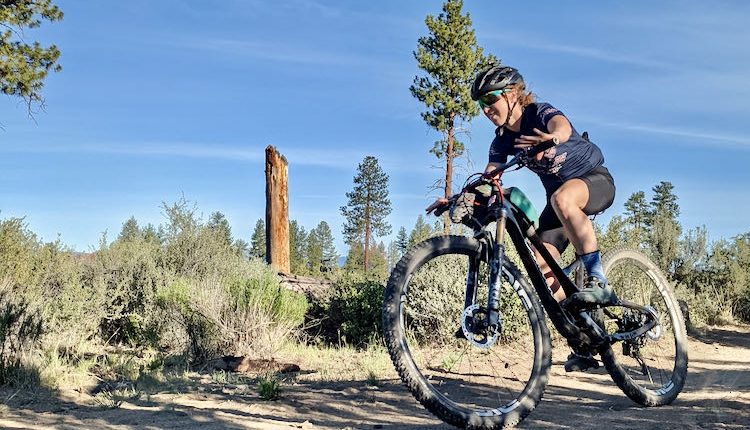 Bend, Oregon (July 15, 2021) — Just weeks after her team became the first-ever female-dominated team to podium in a World Series expedition adventure race, Chelsey Magness of Team Bend Racing was at it again, this time in the 24-Hour MTB National Championships where she not only won the women’s race by roughly three hours, she also finished 5th overall.

Many years after she last attempted a 24-hour race, which she also won, she blew away the competition in her return to the sport, employing her incredible mental toughness and uncanny ability to maintain a fast pace over many hours (and days!). Chelsey finished 20 laps of the 11-mile course, which features over 800 feet of climbing per lap, three more laps than the next-placed woman and besting the previous record by two laps.

Along with her prowess in long-distance racing, she also gives credit for her success to two other factors: spot-on crew support from her husband Jason; and a new prototype bike her TBR team is test-riding in collaboration with renowned bike-designer Tony Ellsworth, which she describes as “simply the best bike I’ve ever ridden!” The Tony Ellsworth Truth model will be the team’s new bike and will be in limited production soon.

Jason – who provided invaluable support for his wife – also knows a thing or two about ultra-endurance racing and is fresh off his own athletic triumph, despite his continuing recovery from hip replacement earlier this year: He and another TBR teammate won the human-powered division of the WA360 boat race – where all manner of non-motorized crafts race around a 360-mile loop in Puget Sound over the course of 3-5 days. His vast experience with ultra-endurance sports was integral to Chelsey’s success in Bend. 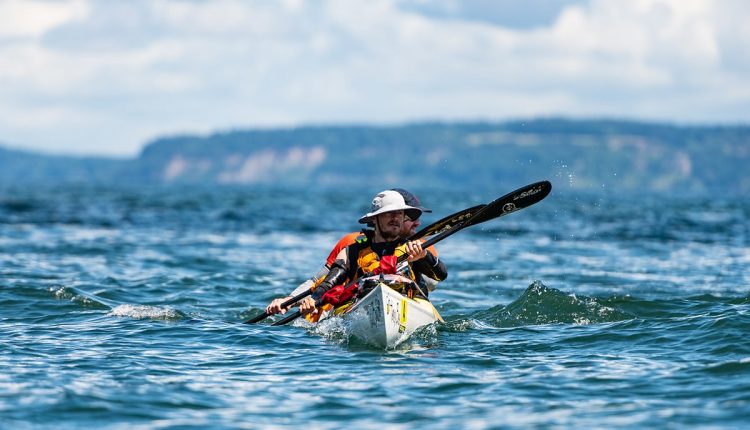 Jason Magness is a champion kayak racer,  too.

“After I got the race jitters out in the first couple laps, I started to settle in and get into my pace and the flow of the race. The course was technical and quite challenging at times, and that helped keep me engaged the whole time,” says Chelsey. “But I couldn’t have done it without Jason: Every time I came into the pit, he handed me food and salt, poured ice cold water on me, and handed me a new bladder or whatever else I needed. I imagined I was a machine and he helped keep my engine running smoothly! Between my amazing new bike and even more amazing hubby, I had everything I needed to succeed.”

The two have been on a tear this season, between the above race results and other incredible athletic accomplishments on their own, and they’re not done yet: Next up for Chelsey will be an attempt at the Fastest Known Time (FKT) on two sections of the notorious Oregon Timber Trail. She’ll be shooting for under two days on each section. She was hoping to attempt the whole trail, which runs 670 backcountry miles across the state from the California border to the Columbia River Gorge, but fires have closed some sections. Later in summer, she’ll race 24-Hour Worlds in Australia in September – assuming it’s not canceled due to Covid – and she’ll compete in AR Nationals and Worlds.

Jason will be equally busy, with upcoming races including AR Nationals along with Expedition Canada, North America’s biggest race. He’ll finish out the season racing with Chelsey at AR Worlds.