Brad Copeland is 2018 Cross-Country World Champion Kate Courtney‘s mechanic and he’s devised what might possibly be the best dropper post system on the planet.

You can replicate Kate’s setup using these three items: 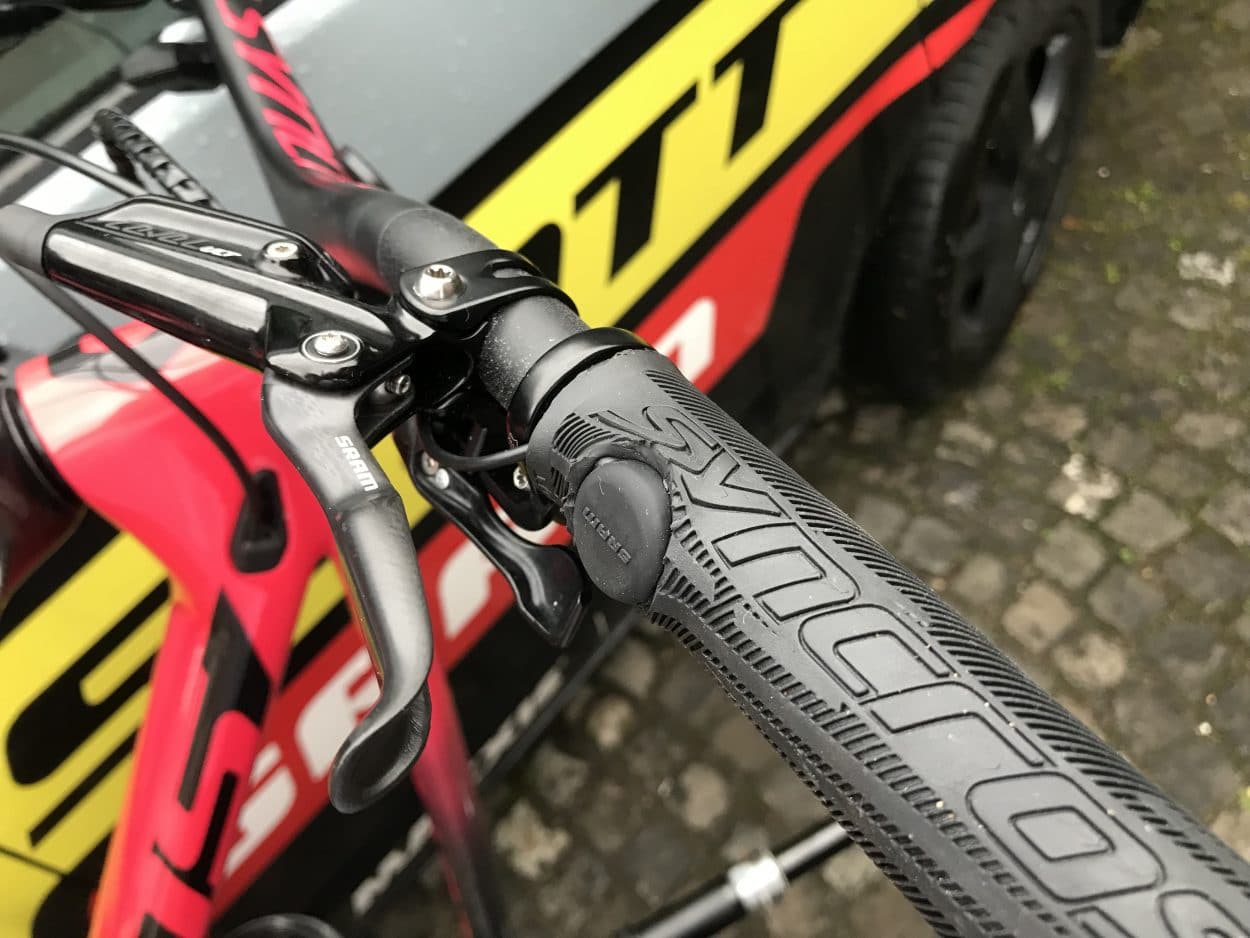 SRAM eTap Blip button is integrated into the grip

Here’s the rundown from Mr. Copeland, himself:

Accommodating Kate Courtney’s small hands when setting up her cockpit controls has been a game we’ve been playing for years—from cutting grips shorter to modifying clamps to advancing brake pistons to shorten the effective throw of the lever, we have come up with many clever ways to tailor the fit of her bike so its operation is effortless and intuitive.
This year, we began riding Scott Bikes, which added a new wrinkle to our game: the TwinLoc suspension controls used to adjust the suspension performance using a thumb-actuated lever on the left side of the bar. There is an option to mount the lever over the top of the bar to accommodate a dropper post lever for the thumb under the bar; however, with Kate’s short thumbs the throw of the lever was too long for her to push it all the way to full lockout without taking her hand all the way off the grip. She could only make full use of the under-the-bar TwinLoc lever. This presented a dilemma because she also uses a dropper post nearly full-time. 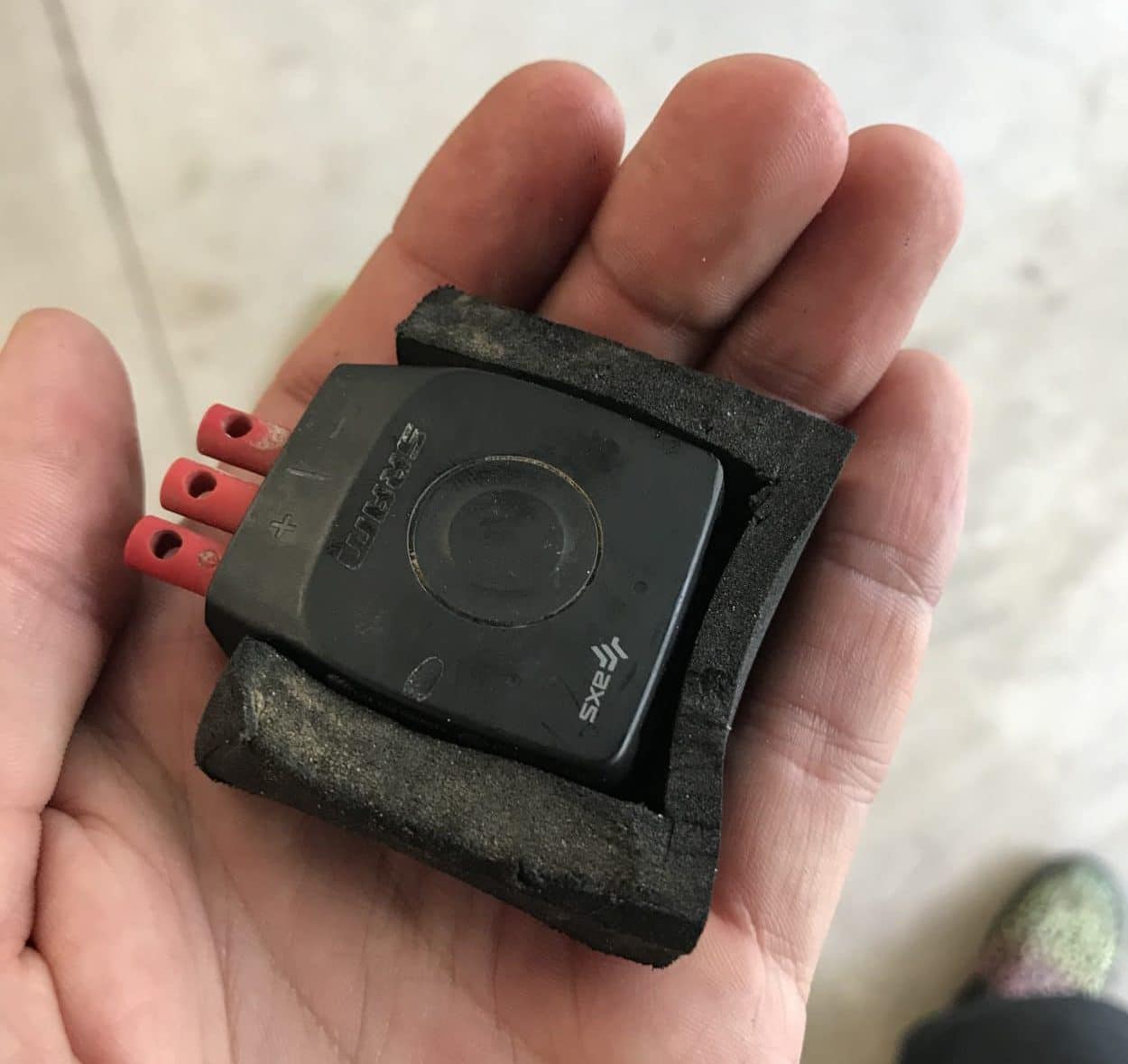 SRAM’s eTap AXS BlipBox is used to transmit the signal from remote button to seatpost
The new wireless electronic SRAM AXS Reverb dropper post switch mounts in a conventional style and is also thumb-actuated, so we had to get a little creative. With a bit of iterative testing, we found a placement for a SRAM eTap Blip button (from the eTap Red Road/Triathlon groupset) that suited her, and by cutting a hole in the grip we were able to install it so all she has to do is tap the button with her index finger and the rest takes care of itself. 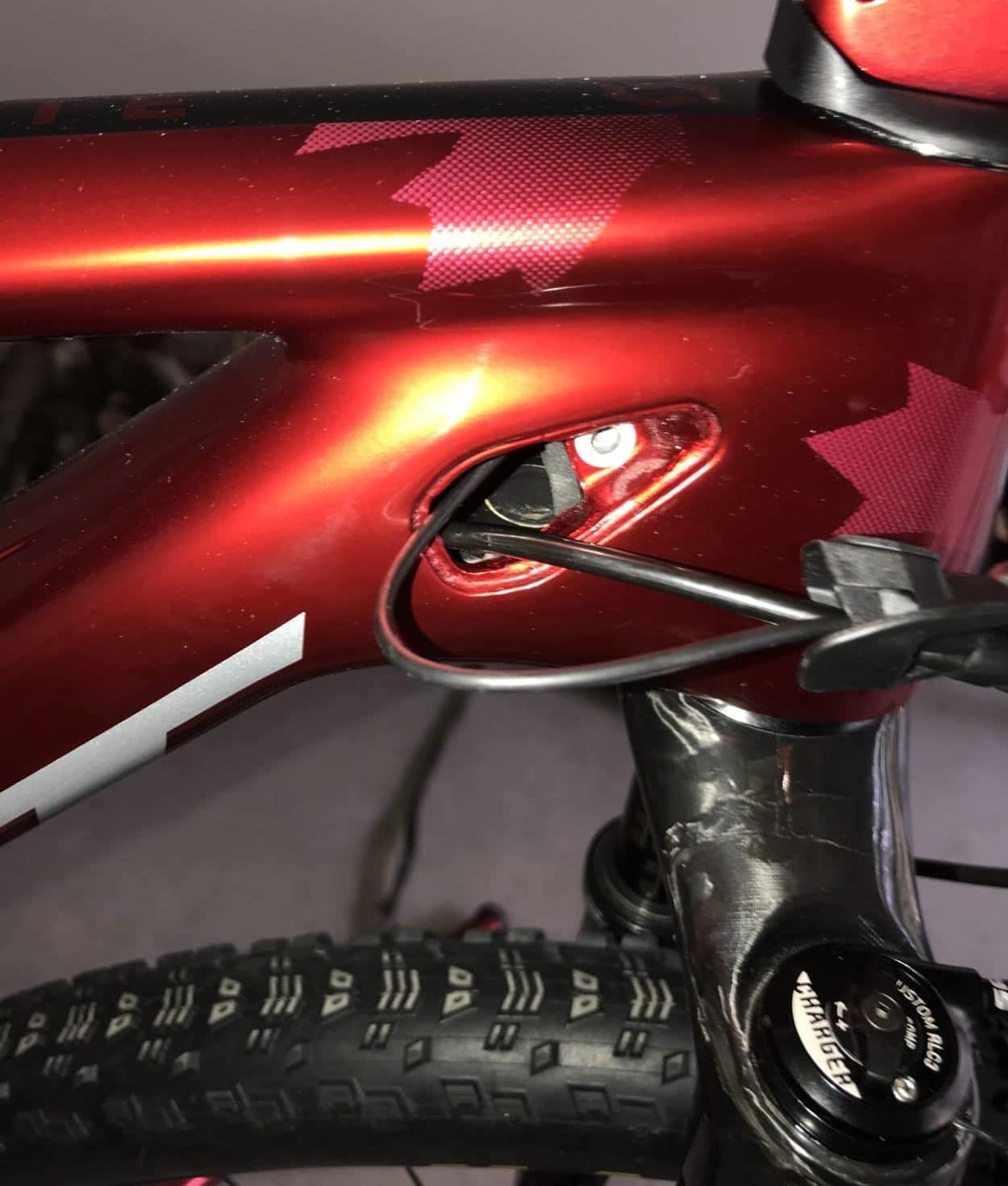 SRAM eTap AXS BlipBox is mounted inside the downtube
By simply pairing the wireless sending unit (called a SRAM eTap AXS BlipBox)—which I’ve hidden inside the downtube of the frame—to the seatpost we now have a great solution that has been working flawlessly for her all season. By simply removing the fork, the BlipBox can be wedged in to the very top of the down tube behind the head tube of the frame, I make a little foam cradle for it—and stuff a little piece of foam above it—so the BlipBox does rattle or move around. Ultimately, the button on the BlipBox can be accessed with your pinky finger when the cable entry port is removed so the seat post can be easily programed/paired without too much disassembly. 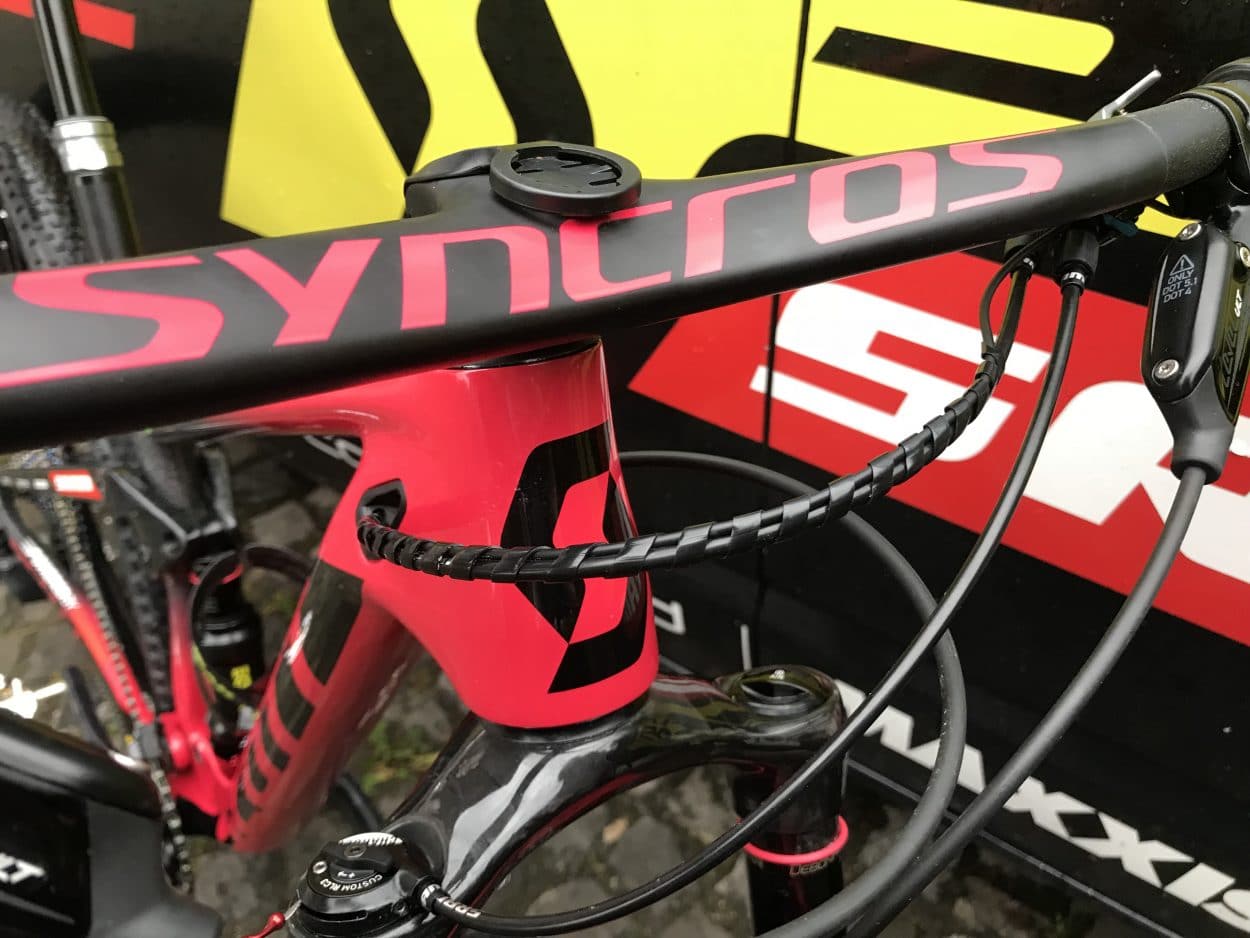 The finished setup is seamless, err wireless
The electronic revolution has opened up many new possibilities like this and offers riders a whole new level of control and customization to further tailor their bikes to more perfectly suit their individual tastes and preferences.

How To Go Tubeless