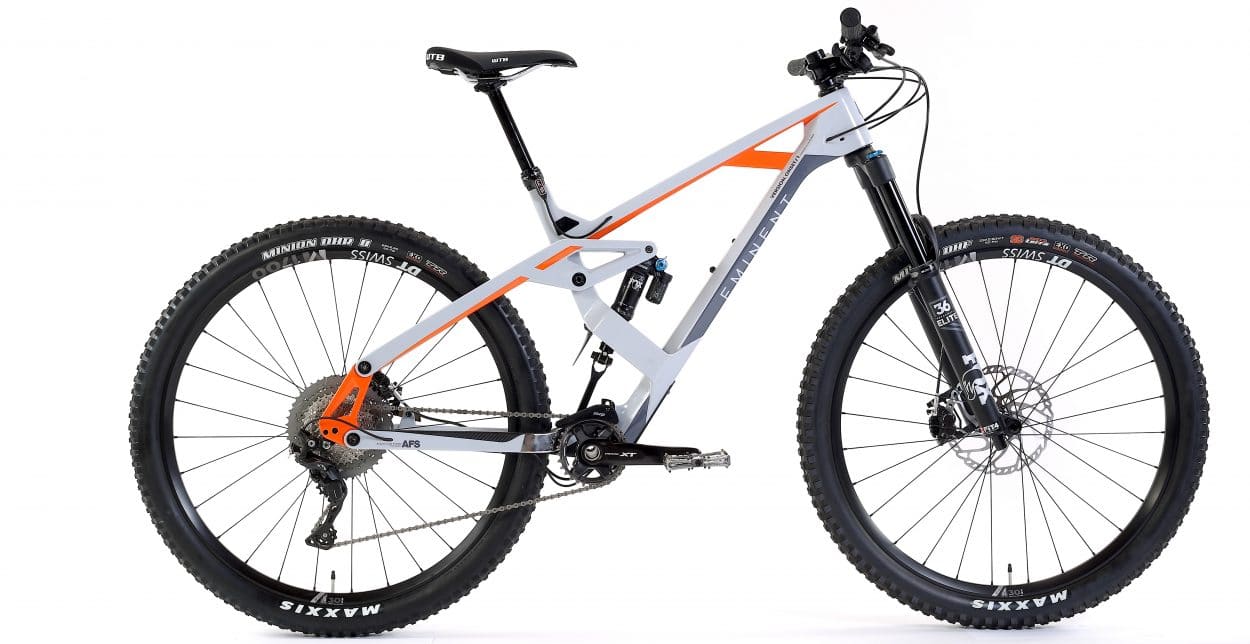 Before Jeff Soncrant founded Eminent, a San Diego-based mountain bike company, he spent his time further north in Santa Cruz, testing every bike he could get his hands on. Jeff, an avid rider with a passion for gravity and a mechanical engineering degree, became disappointed with the performance of bikes on the market. So, after a few years of prototyping, designing and dreaming, Soncrant launched Eminent Cycles in 2017. Sticking to his passion, the company’s first bike was an enduro sled with 27.5-inch wheels and an ample amount of travel to handle rough trails while retaining a playful attitude. That first model was known as the Haste. Eminent, after finding some success with its first bike, began chasing the next developing category in mountain biking and launched a 29er with two different travel options. Those offerings include a 120mm- or a 140mm-travel trail bike named the Onset. This month we grabbed the grips of Eminent’s new 29er in its long-travel platform to find out whether or not this small brand has what it takes to live up to its promise of offering performance and design at a value price.

The Onset is attention-grabbing, thanks to its sharp lines and square tubing, which give the bike an aggressive look unlike any other on the market. The bike features guided internal cables, a wedge-style seat tube clamp, downtube protection and angular contact bearings. Due to the shock tunnel, Eminent opted to run an externally routed dropper post with a few inches of exposed housing before routing it internally through the top tube. This design makes the post easier to adjust and service, but isn’t as sleek as other internally routed dropper options.

Touching on the bike’s geometry, the 140mm-travel model offers a 66-degree head tube angle combined with a comfortable reach and fairly short chainstays. Eminent’s founder, Jeff, told us that balance was the main focus of the Onset’s design, offering riders a centered feel for enhanced comfort and control. 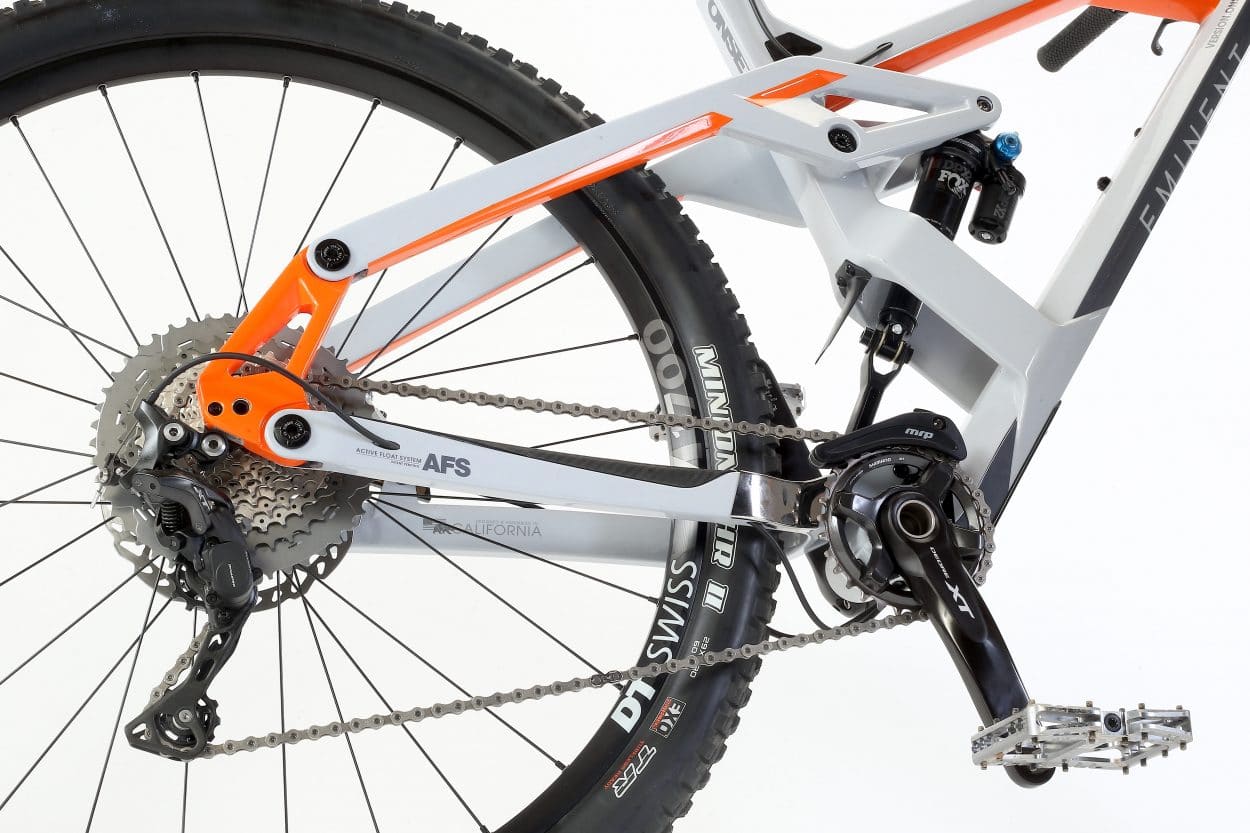 Eminent offers the Onset with 140mm of travel in three different build kits, ranging in price from $4200 to $6300. Each model comes equipped with a Shimano drivetrain, Fox suspension and DT Swiss wheels. We tested the midrange Onset with an XT-level drivetrain and brakes, along with Fox Performance Series suspension. The build kit left little to be desired—from the quality Maxxis rubber to the Lizard Skins grips with custom Eminent logo. 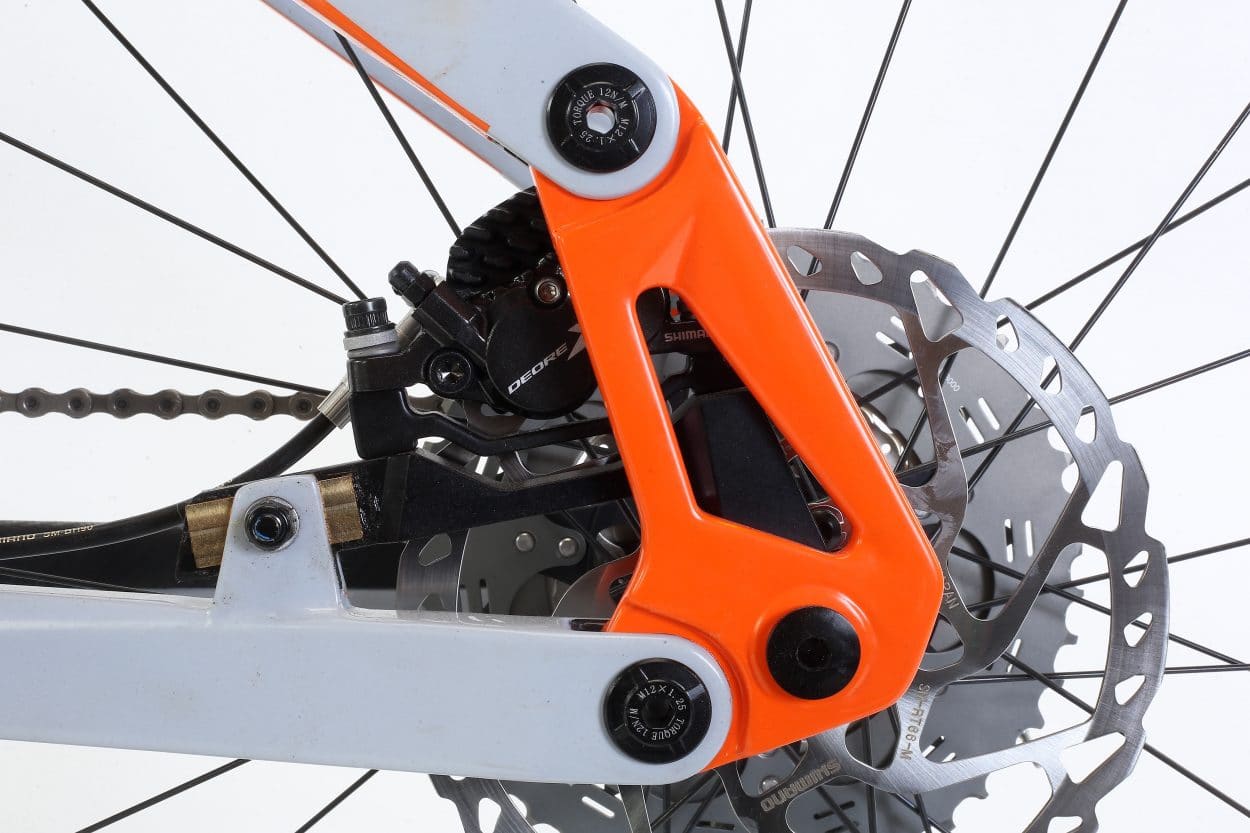 Throughout our testing, the component spec continued to impress. Our shifting was spot-on. Our four-piston brakes provided strong bite, and the Pro Taper handlebar offered a motocross appearance. 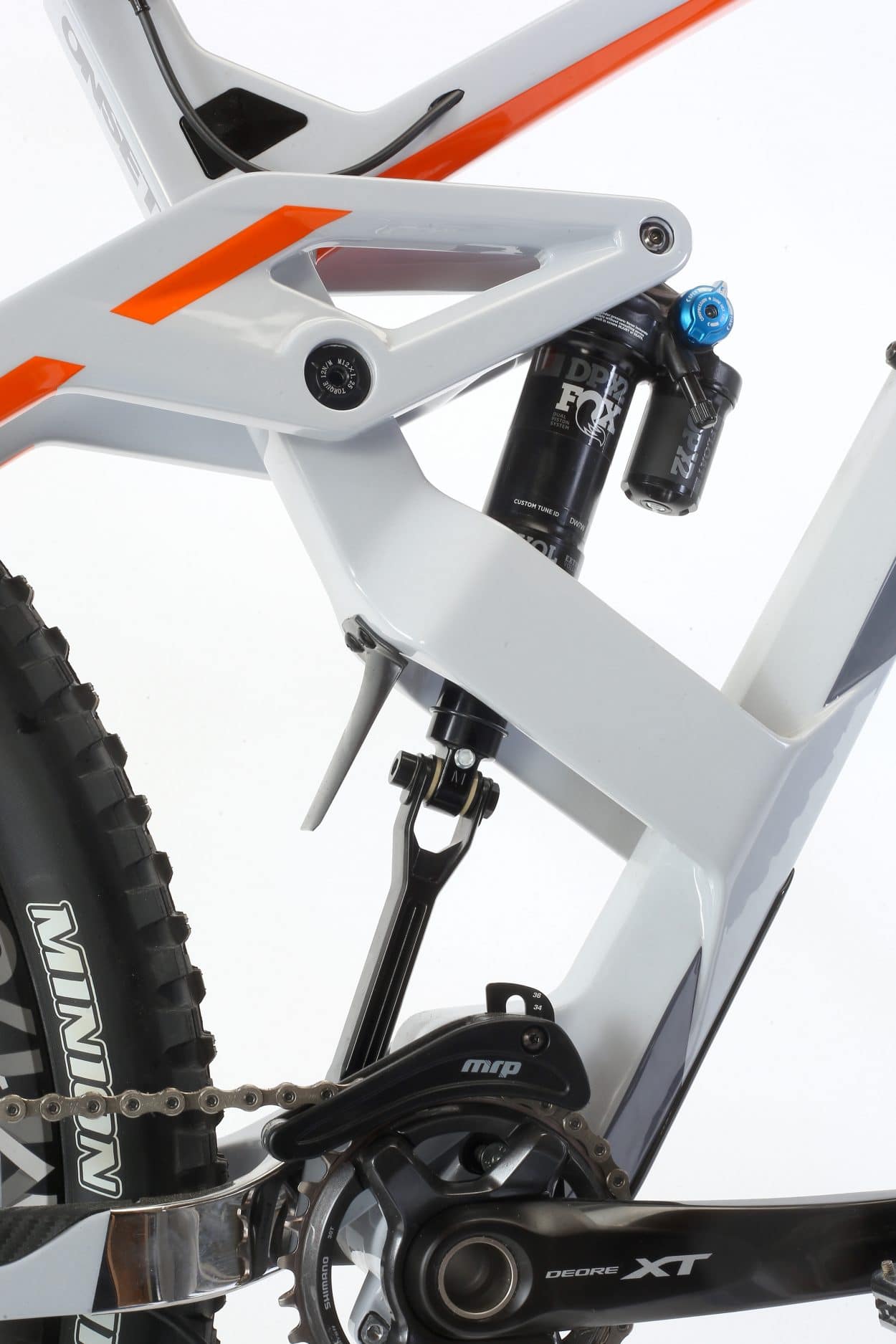 The suspension is eye-catching with its four-bar linkage design and floating shock, which Eminent calls AFS (Active Floating Suspension). The four-bar linkage pays homage to Mert Lawwill’s early designs with Gary Fisher, Yeti and other brands. But with modern kinematics, carbon technology and a stiff thru-axle, the Onset brings that classic design into the modern area.

The Onset’s long arm extending off the shock allowed Eminent to offer this bike with a 1:1 response ratio. This basically means that the shock can easily be set into motion no matter what trail you are riding. As we pushed into the shock, it delivered a smooth and predictable feel, gluing itself to the trail. We settled on 30-percent sag in our shock, which gave us a nice balance between small-bump compliance and the ability to handle bigger hits. It didn’t matter what obstacle we faced, the AFS suspension system soaked up the trails with ease. 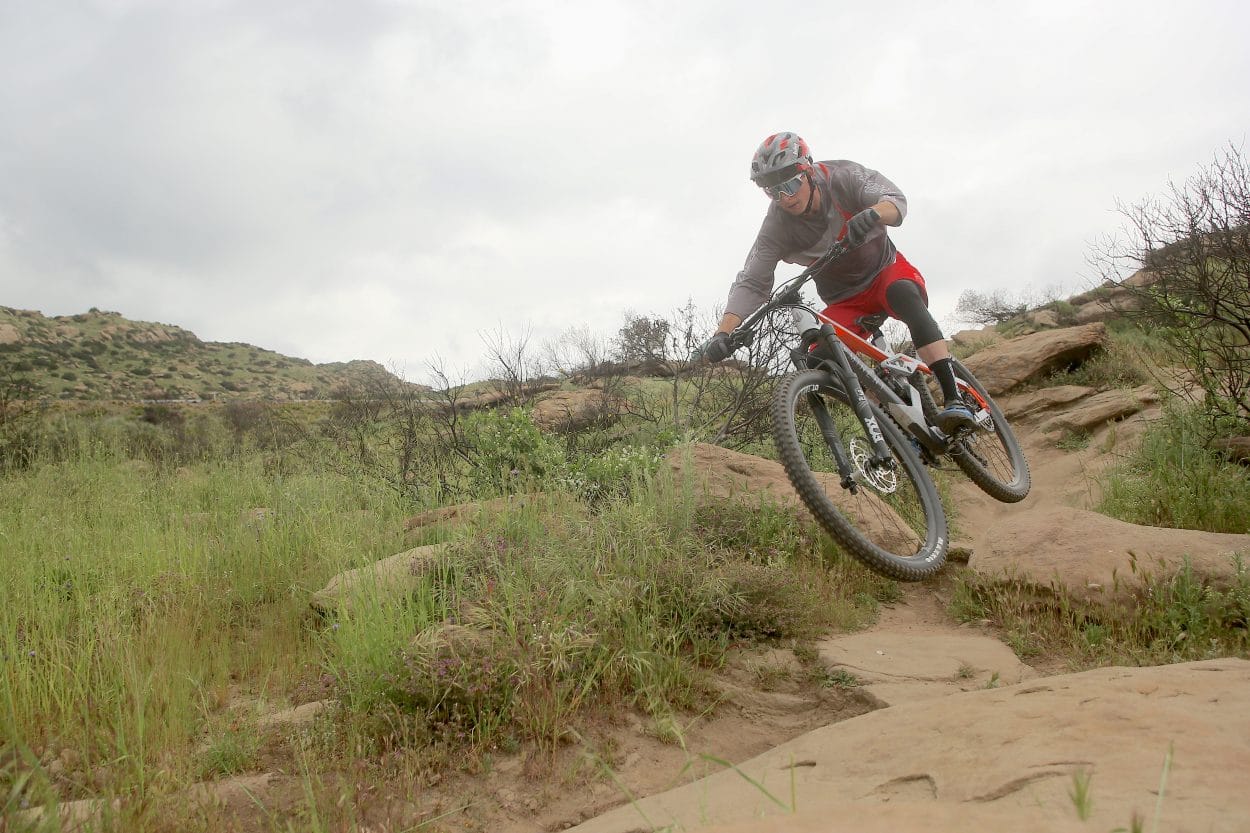 Climbing: After Eminent launched the Haste, the company knew the next bike in the lineup needed to be one that equally balanced climbing and descending prowess in an effort to please trail riders. The Onset is just that bike. The stiff and efficient pedaling platform powers up the trails with speed and agility. We were impressed with the Onset’s performance whether the trails had technical lines or long and steep climbs. This machine’s ability to maintain traction is where a lot of its climbing performance comes from. It also bucks the modern, long, slack and low trend with a balanced feel for a well-rounded ride. 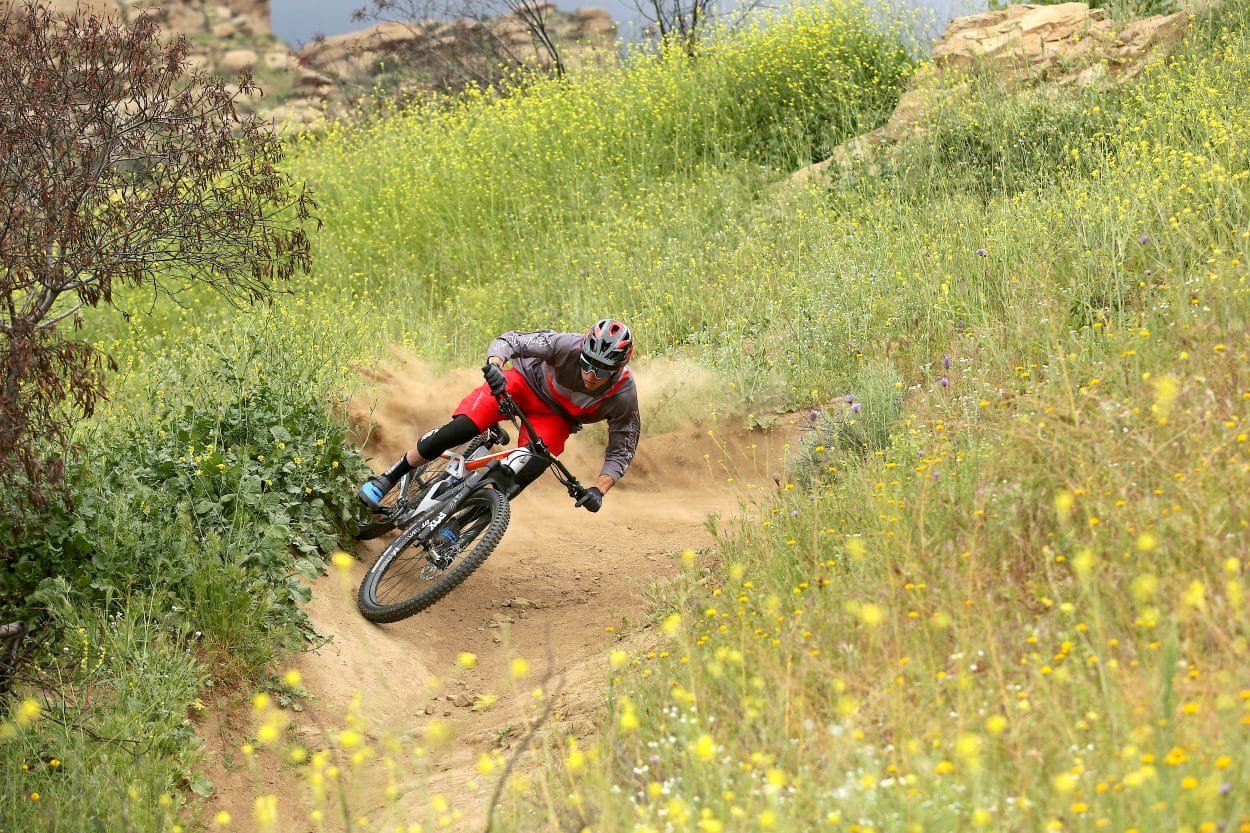 Now don’t get us wrong; the Onset still offers a modern design; it’s just not as overboard as other brands have gone in an effort to build bikes for all-out straight-line speed. The Eminent shines on twisty descents filled with tight switchbacks and technical terrain. This bike is no slouch when the trails speed up, thanks to its stiff rear end and active suspension. This is the kind of bike that glues itself to the ground and holds on to whichever line its pilot chooses.

Riders who enjoy the feel of a bike with a lot of pop won’t find that on the Onset. Instead, they will find a bike that’s predictable and confident in any situation. The Onset is built for riders who want to maintain momentum by skimming over the trails with traction and control.

Another feature that sets the Onset apart is its braking performance. Eminent mounted the rear brake on an independent track designed to better isolate braking forces. On the trail, it does that well, providing easy-to-control braking forces, ultimately resulting in more speed. 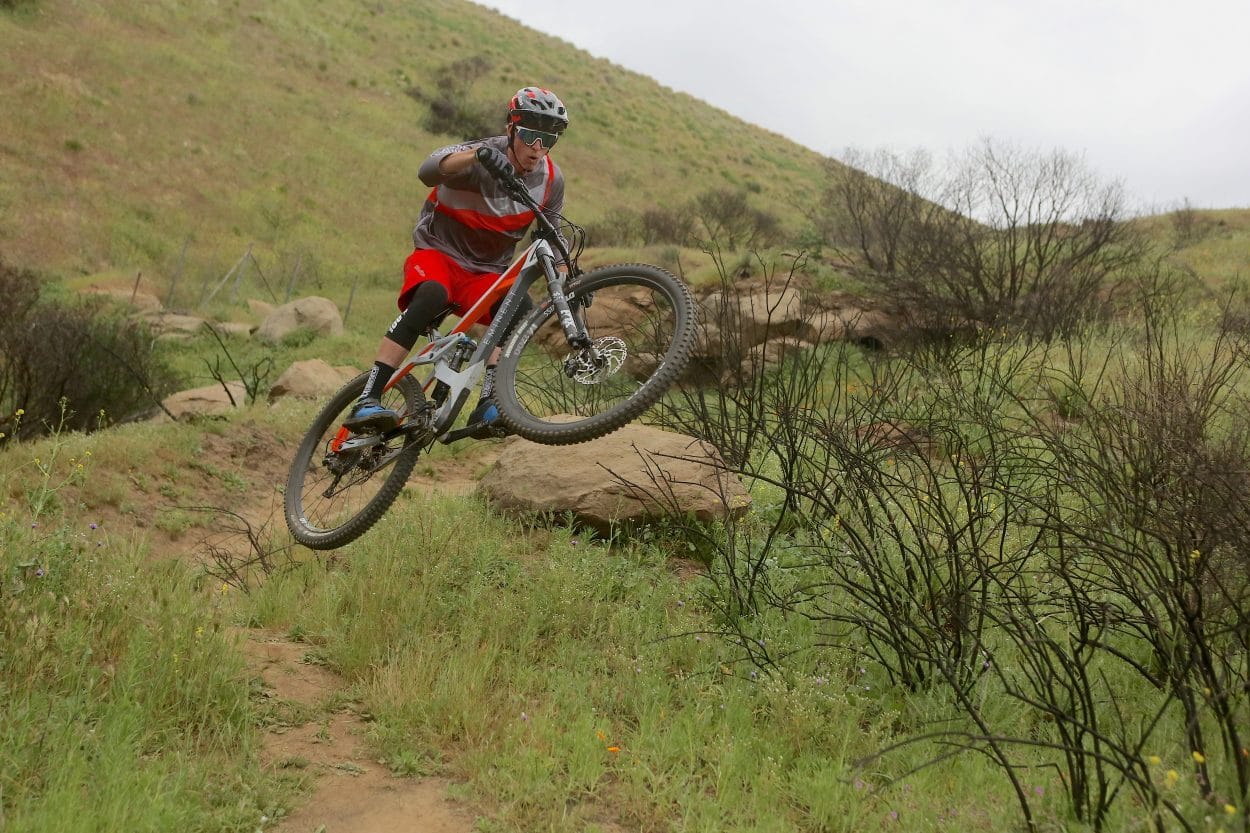 Every year it becomes less and less necessary to modify a new bike. Right out of its cleverly crafted box, the Onset is ready to rip. We had to set the tires up tubeless, but that’s an easy task most touch point of our test rig was to our liking. The grips and saddle offered all-day comfort, while the XT brakes provided power with ease of modulation. The narrower 2.3-inch rear tire was also a welcome change from the wider treads we often ride, and combined with the stiffness in the rear end helped our Onset snap around corners and blast up climbs. Some riders might want to add some customization, but on a performance level, we see little need for upgrades. 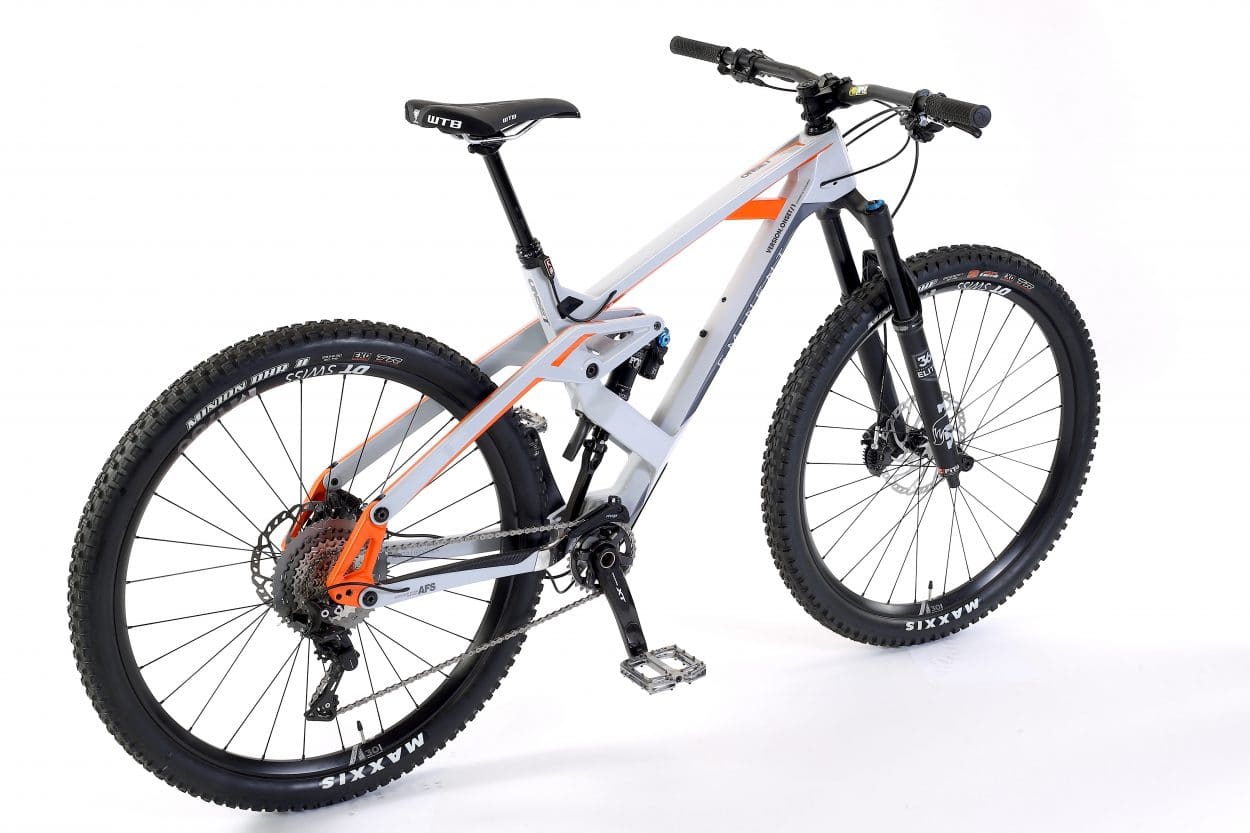 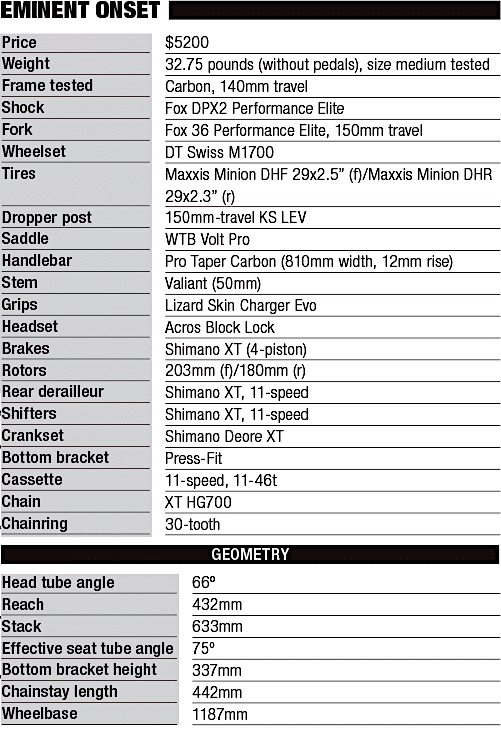 It continues to surprise us that new brands are jumping into such a competitive market; however, Eminent’s approach helps separate them from other newcomers. With their unique frame shape, well-designed suspension layout and exceptional value, these bikes are hard not to take seriously. Eminent offers bikes through a network of bike shops as well as a direct-to-consumer model. Eminent prides itself on its packaging and even includes some extra goodies. In the box, you’ll find a shock pump, a multitool and even a torque wrench.

The Onset is ideally suited for a rider looking to enjoy the entirety of his or her ride. It’s a well-rounded bruiser with the ability to tackle a wide range of trails. Want to strap on the extra gear and go for the tougher line? The Onset is ready. Want to enjoy a mellower trail with breathtaking views and lung-busting climbs? The Onset can handle that, too. If there’s one word that describes the Onset, it would be balanced. eminentcycles.com

Mountain Bike World Cup Returns to Les Gets in France