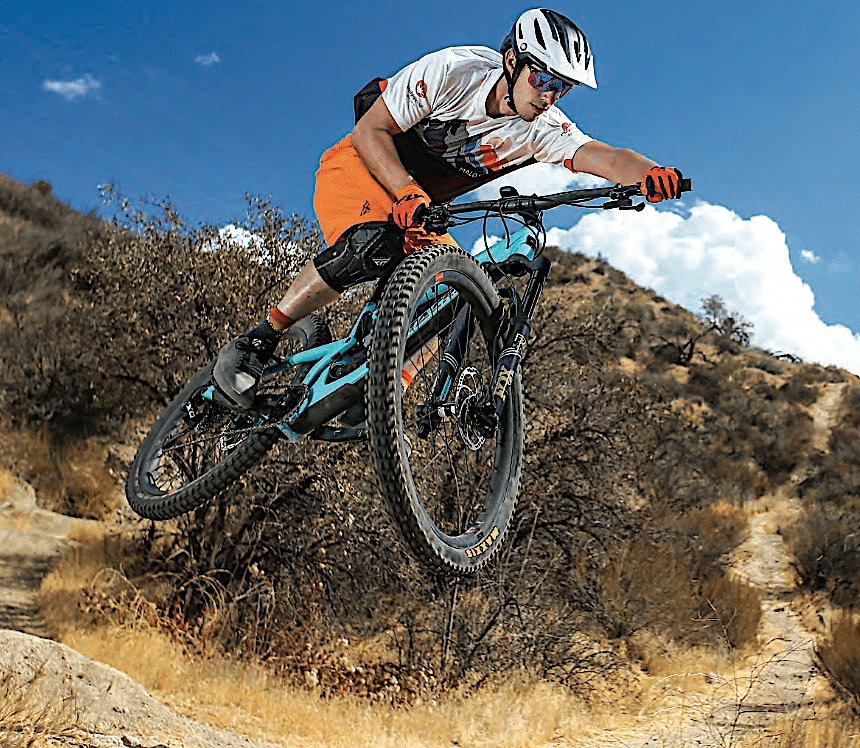 In 2013 the in-between wheel size known as “27.5” was shaking up the mountain bike market unlike any other wheel size that had come before it. The new Goldilocks size held a high promise of balancing agility and rollover, so when it was time for Santa Cruz to launch a new versatile trail bike, the 27.5-inch wheel size was the obvious choice. The Bronson was soon born, and it featured 150mm of travel—10mm longer than the Blur at that time—and featured a slacker head tube for more aggressive riding.

The Bronson name is actually derived from the street name where Santa Cruz’s old headquarters was originally located. With a nod to Santa Cruz’s roots and the industry’s most talked-about wheel size, the Bronson grew into the well-regarded bike it is today.

The Bronson received updates in 2016, but it wasn’t until 2018 when the Bronson’s styling and geometry really began to get shaken up. The all-new Bronson was drastically redesigned with a new lower-link-mounted shock, which mimics the new Nomad, but in a shorter-travel package.

We got our first look at the all-new Bronson when we headed up to Santa Cruz’s headquarters for a pre-release shred-fest on some of their finest trails. We later received our own test mule and have been pushing it to its limits on local trails, as well as on a recent trip to Park City, Utah. Now the question lies, is the all-new Bronson as groundbreaking as it was when it came out in 2013? Well, let’s find out and see.

The Bronson prides itself on its versatility. It’s a bike that continues to use the Goldilocks wheel size and pairs it with 150mm of travel. While this bike is more aggressive in its third generation, it’s still designed to explore new trails without being limited to a shuttle vehicle. That being said, the Bronson does come with a shuttle guard, hinting at its ability to shred downhill trails. The Bronson is rarely outgunned, unless your local trails look more like a World Cup downhill course. If a balance of climbing prowess and descending capability is what you’re looking for, the all-new Bronson is likely made for you. 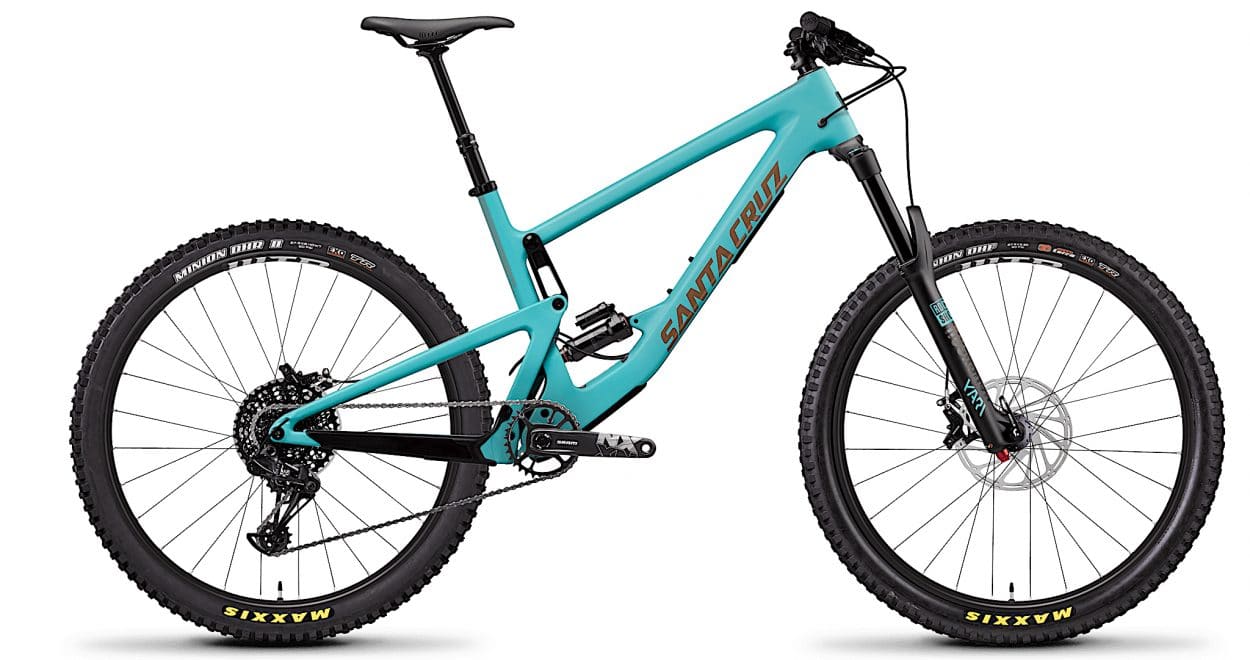 Santa Cruz offers the Bronson in both aluminum and carbon models, vastly ranging in price from $3500 to $9900. Our top- tier carbon frame with an XO1 build kit retails for $7000 before upgrading to Santa Cruz’s Reserve carbon wheels, which are completely assembled in-house. The Reserve 30 wheels will add $1200 to your total cost.

The Bronson’s most noticeable change is its new lower link and dual uprights on the rear triangle. The new linkage allowed Santa Cruz to give the Bronson a more linear feel, aiding in small-bump sensitivity while retaining a supportive mid-stroke and progressive bottom-out. Adding an additional upright to the rear triangle enhanced the bike’s ability to track the trails and provides additional stiffness when throwing the rear end into turns.

Along with these changes, the new Bronson’s reach grew by 15mm per frame size and lowered its standover by 10mm. The seat tube was pushed 1 degree forward to aid in climbing and was shortened by a full inch to allow the use of a long-travel dropper post. The Bronson has a threaded bottom bracket, internal cable routing, the ability to run a bottle cage inside the frame and a rear shock cover for added protection. 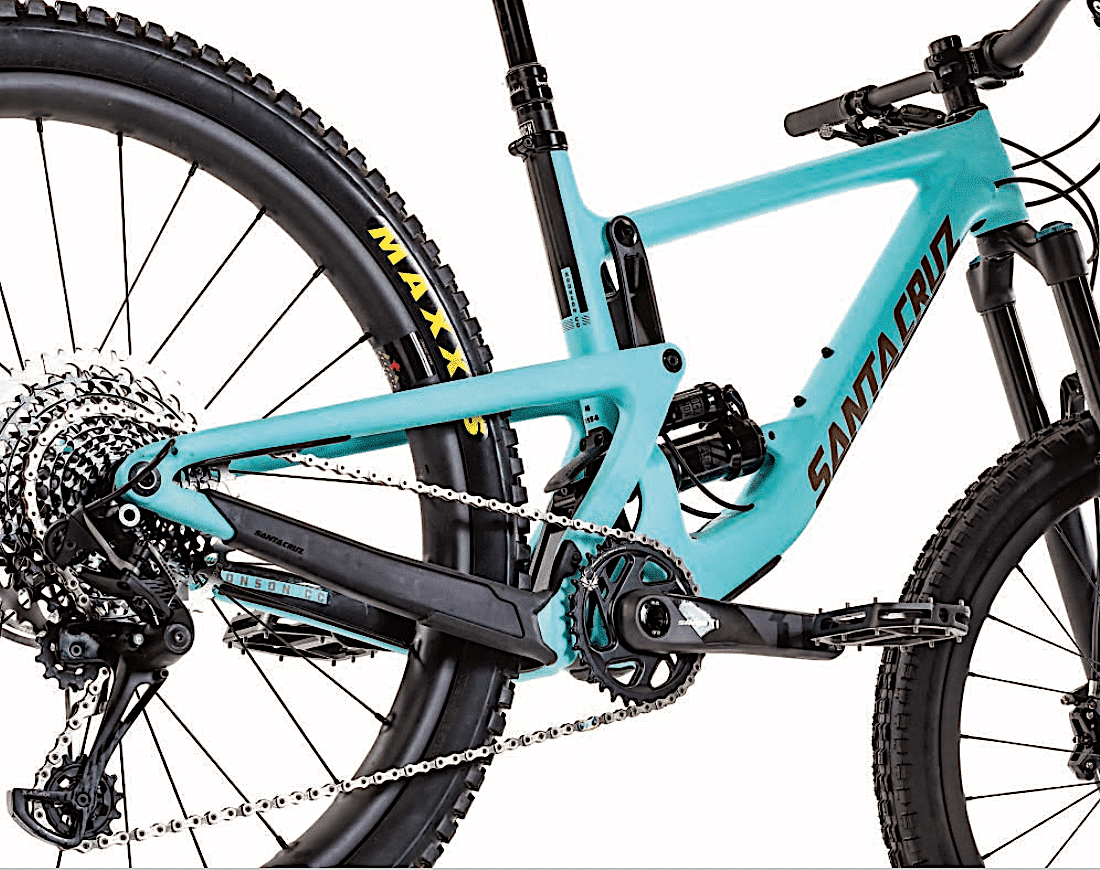 Our Bronson Carbon CC frame came with a high-level SRAM XO1 build kit sitting just behind the SRAM XX1 and Shimano XTR builds. Although our bike wasn’t the most expensive, it still boasted a top-dollar price tag but offered a quality list of components that would suit the needs of many elite riders. Our test rig featured Santa Cruz’s in-house carbon wheels, a Fox 36 Performance Elite fork and a RockShox Super Deluxe shock. A Santa Cruz carbon handlebar, along with a Race Face stem, completed the cockpit. SRAM brakes and a RockShox dropper post rounded out our build. Last but not least, burly Maxxis rubber wrapped our wheels, ensuring maximum traction. 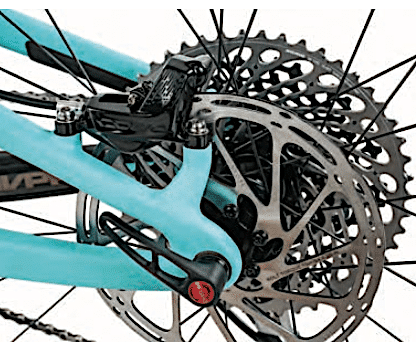 Setting sag: The Bronson’s new lower link places the shock just above the bottom bracket area. This design was carried over from the new Nomad, bringing a linearly progressive leverage ratio to the all-new Bronson. With the new design, Santa Cruz was able to offer a leverage ratio that feels smooth and predictable throughout its travel. There’s no harsh ramp-up at the end or oversensitivity at the beginning of the stroke.

We opted to run 25-percent sag in the rear and set our fork to 20-percent sag. We followed setup suggestions to find a base tune but quickly found ourselves running a few extra clicks of rebound up front and reduced the rebound in the rear by one click. We then backed off the compression on our fork a few clicks to better match the sensitivity of the rear end.

Moving out: The Bronson received an updated geometry that’s longer, slacker and lower than its previous iteration. It then gained a stiffer rear end, thanks to the addition of a second upright on the rear triangle. The all-new suspension platform continued to change this bike’s feel; however, the roots of the Bronson remain the same—it’s still a bike designed to be as versatile as possible, whether dancing down some gnarly tech or blasting up a steep singletrack.

Climbing: The low-link design may have first been seen on the Nomad, the Bronson’s older brother, but don’t let that fool you into thinking that it’s a platform purely built for descending. The Bronson’s suspension is surprisingly efficient. In fact, our testers never felt the need to reach down to adjust the compression setting, which was a good thing, as the low-mounted shock requires a rider to really reach for that lever. The Bronson isn’t a bike that blows you away with acceleration but manages to translate power to the ground well, keeping a steady pace up the trails. 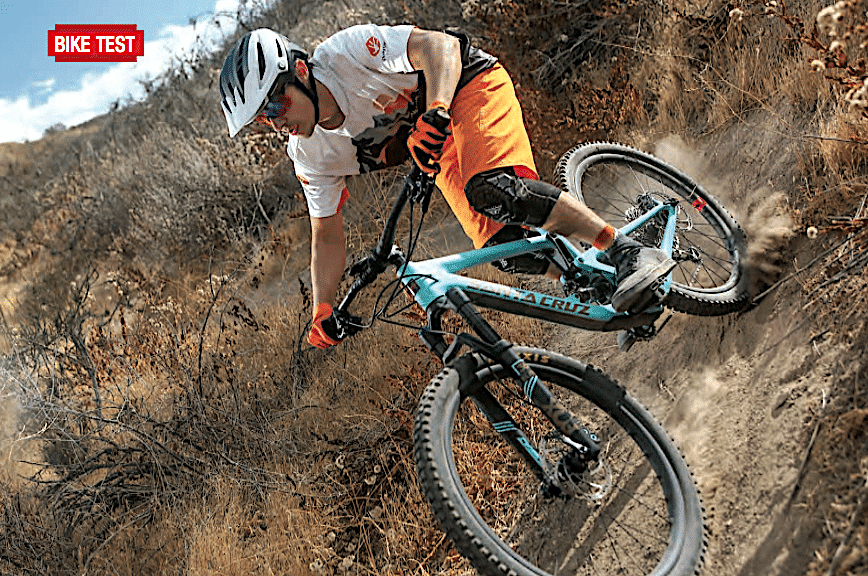 Cornering: The Bronson loves being snapped around the trails, thanks to its stiffer rear end, carbon wheels and updated geometry. It whips around singletrack effortlessly, and our riders noted that the Bronson feels predictable and planted when diving in and out of turns. A lot of this feel had to do with the suspension having a straighter curve through its travel that doesn’t ramp up and feel harsh towards the end of its stroke. 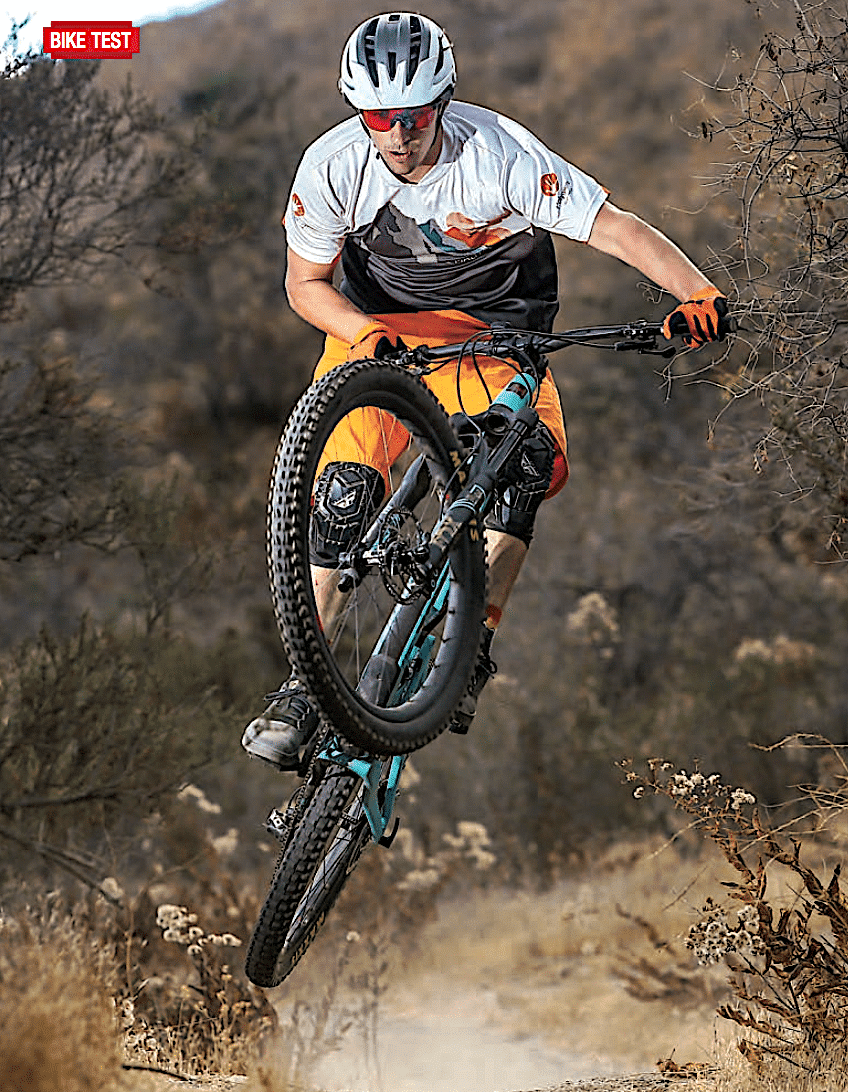 Descending: Versatility is key, but descending is what the majority of riders live for. While the Bronson is surely capable of making its way to the top of the trail, it’s the way back down when the bike truly comes alive. The combination of 150mm of travel, 27.5-inch wheels and a stout frame with a modern design all come together to make the Bronson an absolute weapon during the descents. Riders will need to spend some time dialing in their suspension setting to unlock this bike’s full potential, but once you’ve found the sweet spot, this bike is a serious ripper.

Santa Cruz offers a range of build kits to suit most riders’ needs, and while the lower-end models may need a few upgrades later down the road, the top-end bike we tested is ready to shred right out of the box. Set this bike up tubeless, perfect your suspension settings, and get out and ride. It’s really as simple as that.

We’ve seen many riders convert to 29-inch wheels lately, and while we have grown fond of modern 29ers, there’s something about 27.5-inch wheels that brings out the kid in all of us. The Bronson CC is ideally suited for riders who enjoy playing around on the trails. It changes directions with ease, hops over obstacles like a rabbit and is an all-around fun bike to ride. www.santacruzbicycles.com 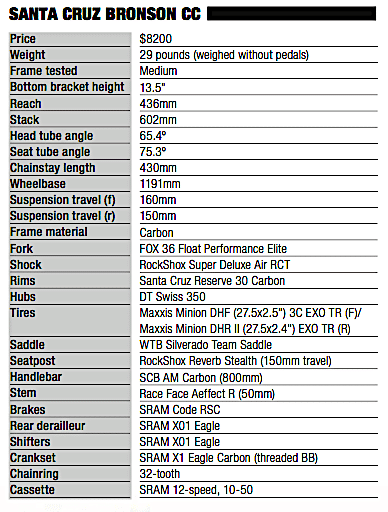