After the past two weekends of racing in Fayetteville, Arkansas, three riders have emerged at the top contenders in the battle for the remaining slots for the U.S. Olympic mountain biking team. 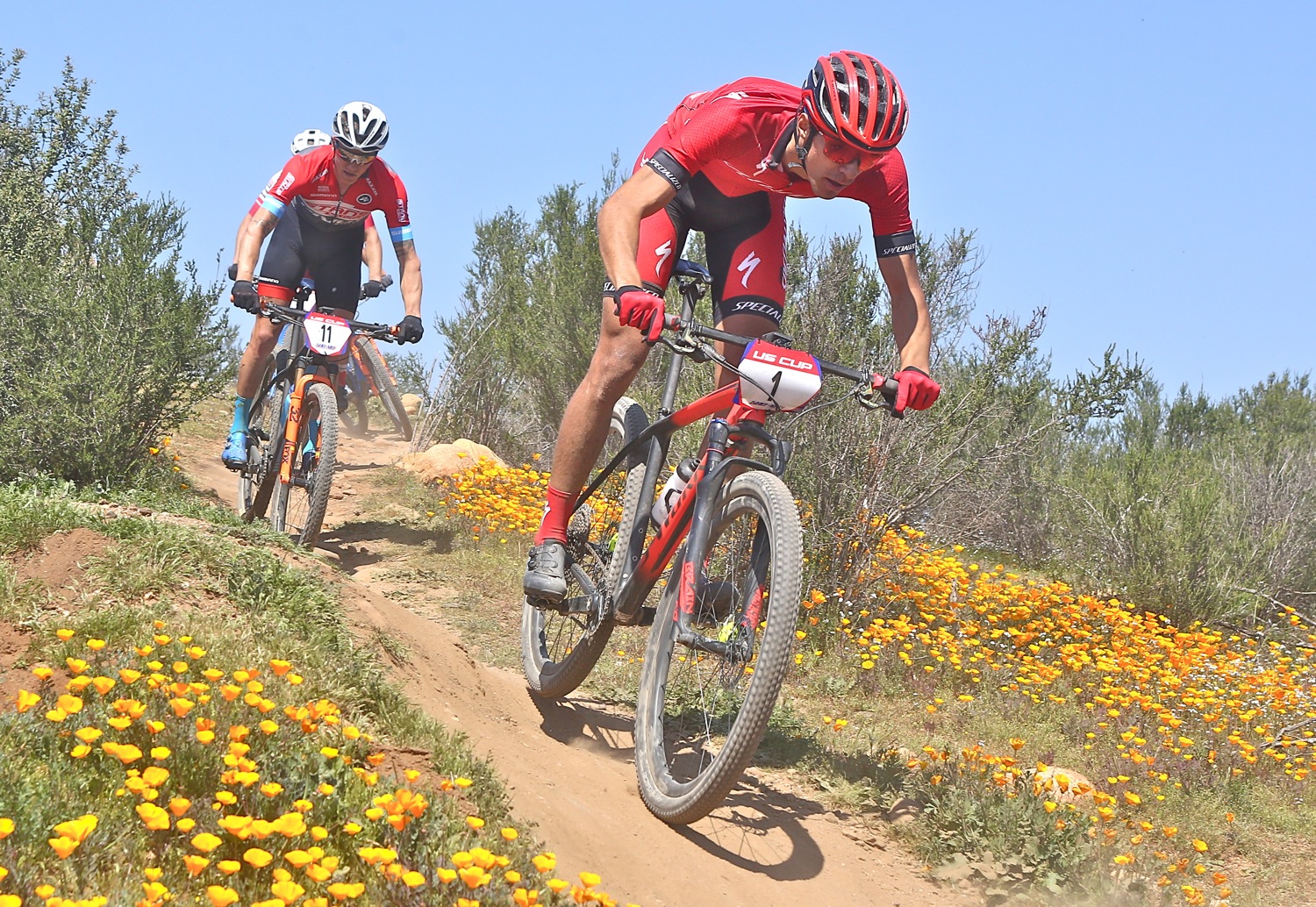 Shown here at Vail Lake, California, in 2019, Christopher Blevins (right) and Keegan Swenson (11) look to be the top contenders for the one slot open on the U.S. mens’ Olympic mountain bike team. 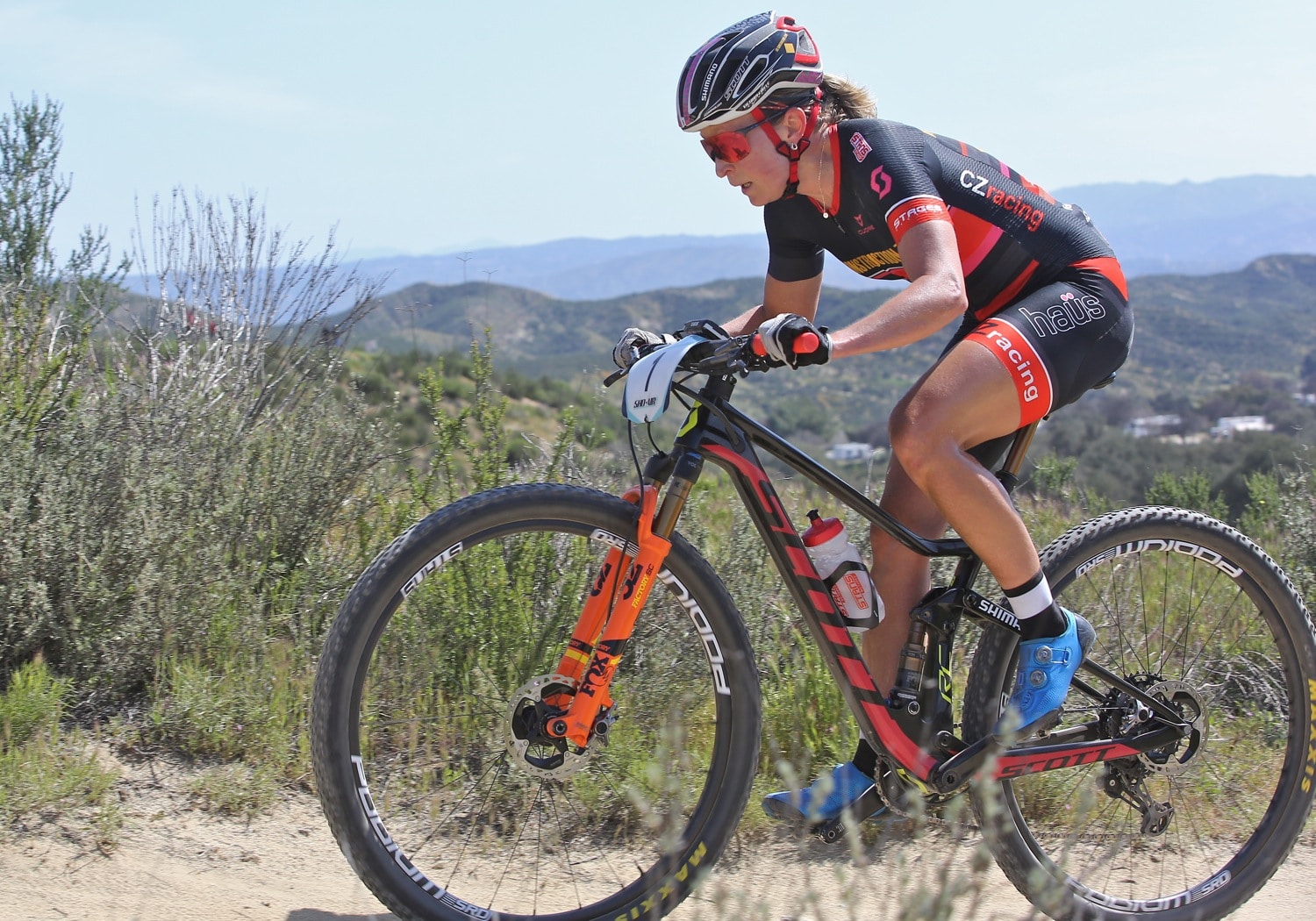 Erin Huck (shown here at Vail Lake in 2019)  looks like she may be joining Kate Courtney on the U.S. Olympic team this summer.

Kate Courtney, who took fifth in the UCI World Championships in 2019, has been said to be guaranteed a slot on the American women’s Olympic mountain biking team. That leaves one slot open for another U.S. woman, and right now it looks like Erin Huck has the best shot. Erin won the second of the two races in Fayetteville. She took second place in the first of her two Fayetteville races, but she was only beaten by a rider from another country.  (Check the attached results to see who it was.) 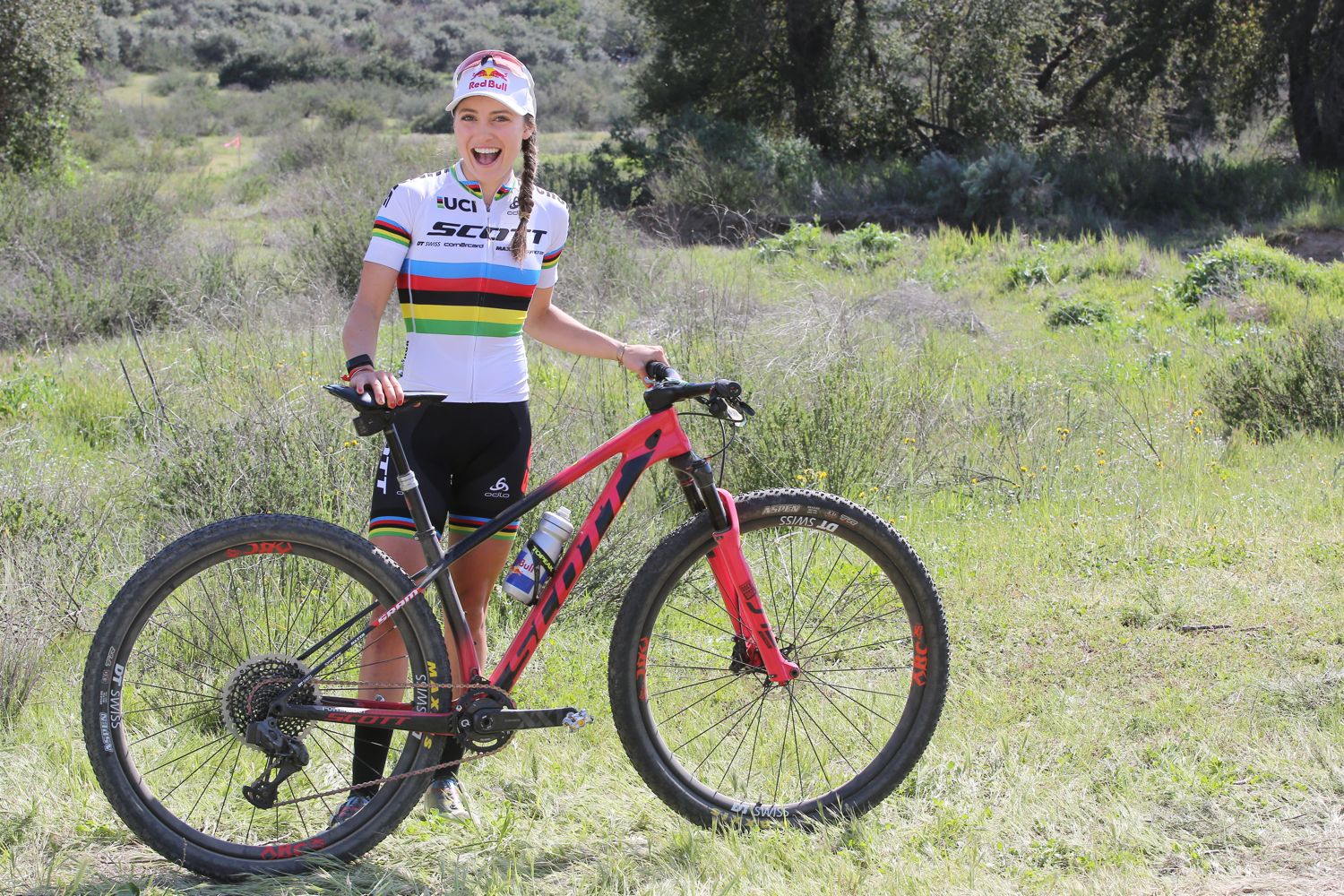 Kate Courtney was wearing the rainbow-striped world champion’s jersey as the 2018 Elite Women’s XCO World Champion when we photographed her (above) at Vail Lake, California, in 2019.  Kate was  racing in Europe instead of competing  in the two Fayetteville races. Apparently, she’s working to get ready for the upcoming World Cup competitions and the Olympics in July.

Among the men, Christopher Blevins and Keegan Swenson appear to have the best shot of  earning the one spot allowed for America’s top male rider in the Olympics (America’s women get two slots in the Olympics because the American women have done better internationally than the men, and that distinction earned the women a second Olympic slot).

Blevins and Swenson only raced one of the two races in Fayetteville together. Blevins beat Swenson in that race by a mere 0.19 seconds, so it’s hard to predict what will happen in any additional match-ups they might have in the next few weeks. We’ll be interested to see what happens when World Cup racing resumes in the weeks ahead.

The reason that Blevins missed the second Arkansas race was because he flew to Europe after the first Fayetteville  race and competed in Europe to better prepare for the international competitors he’ll be facing in the weeks leading up to the Olympics. We expect that whichever of the two, Blevins or Swenson, does better in the next few races, that rider will get chosen for the U.S. Olympic team

Check the results below of the top 15 riders in the Elite Men’s and Women’s XCO (Cross-Country Olympic) races at the two Fayetteville, Arkansas, events. 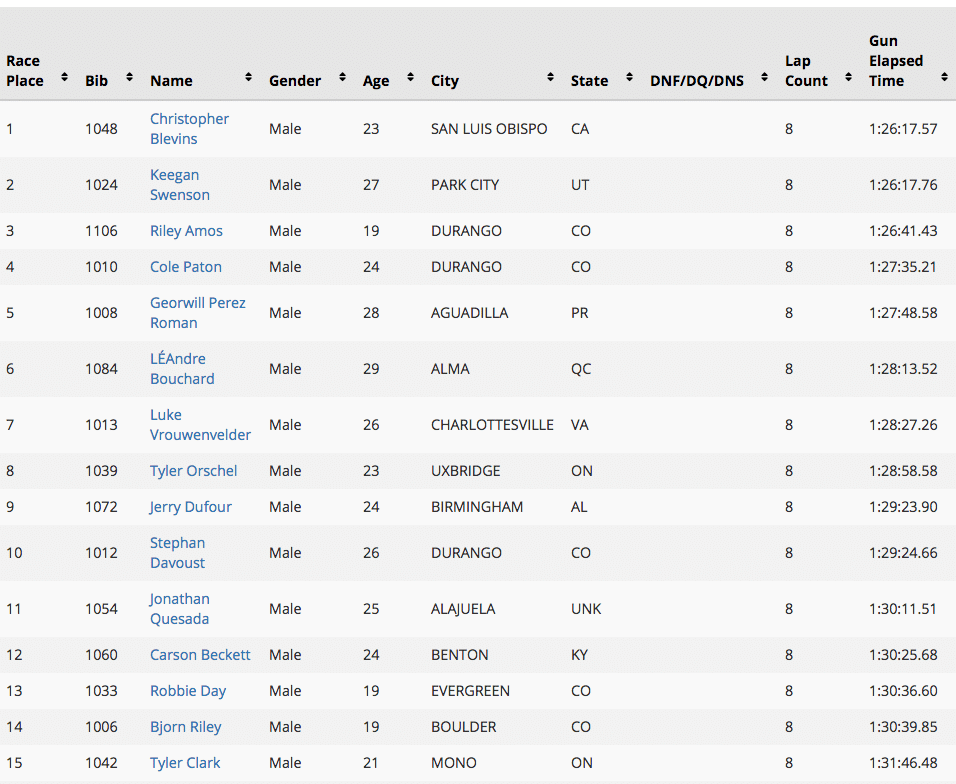 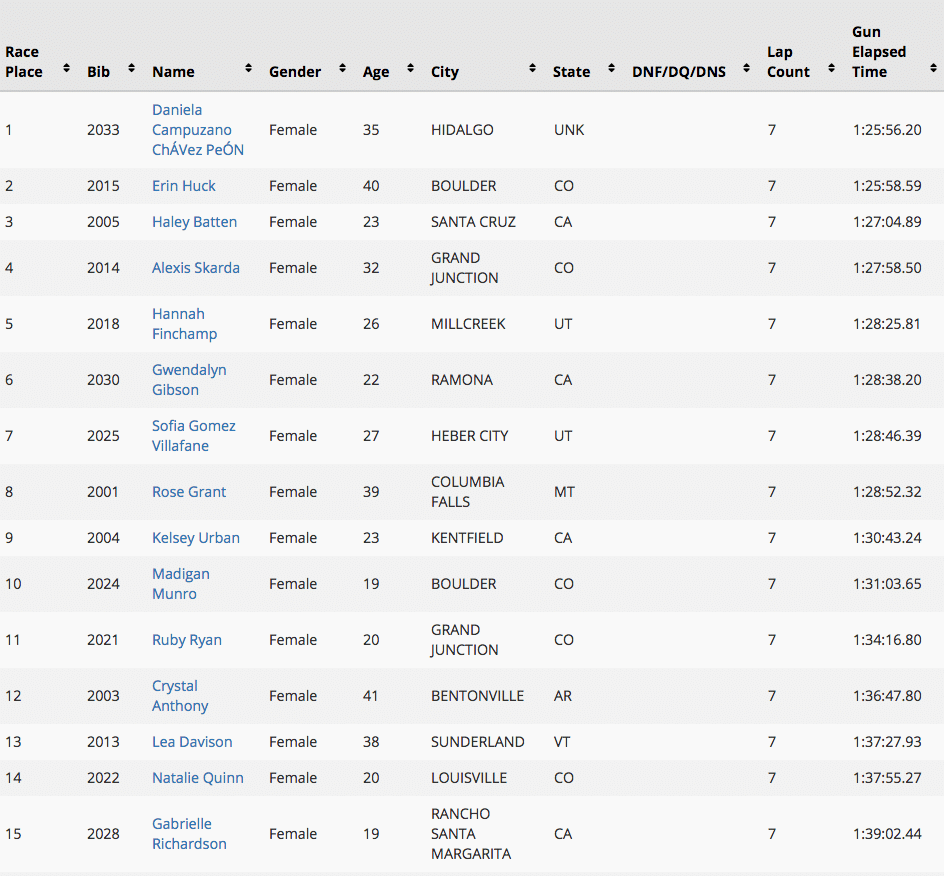 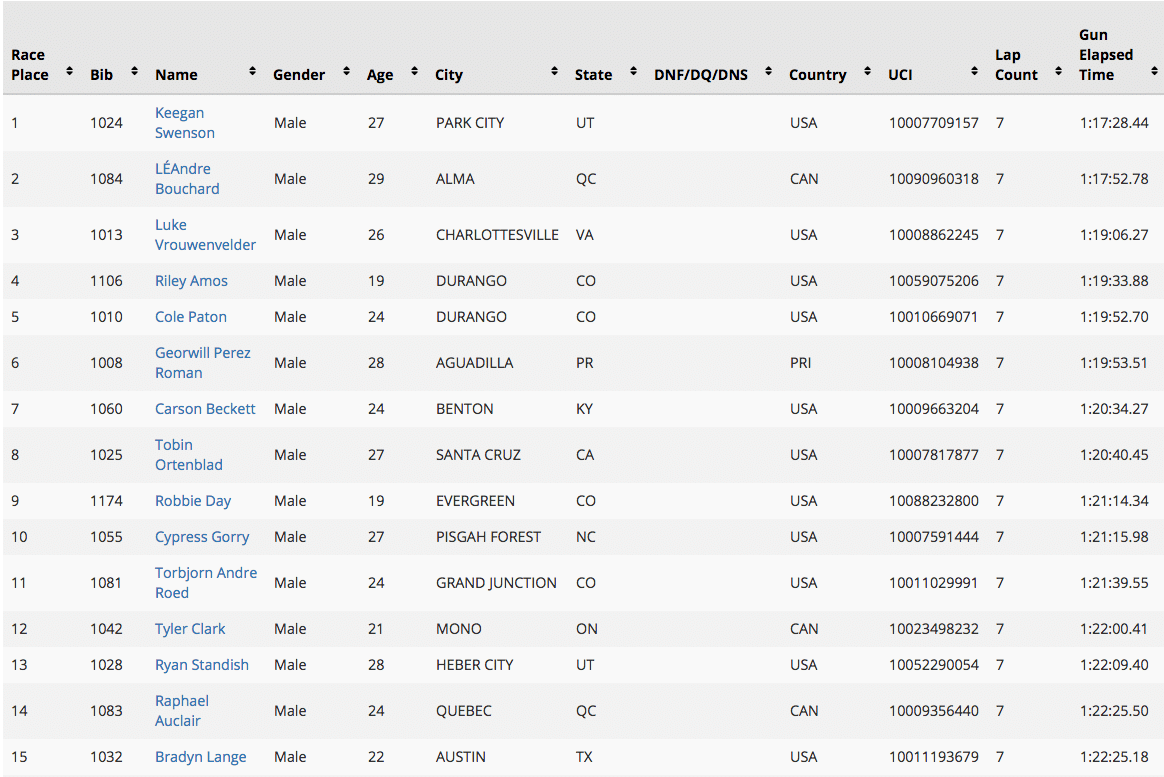 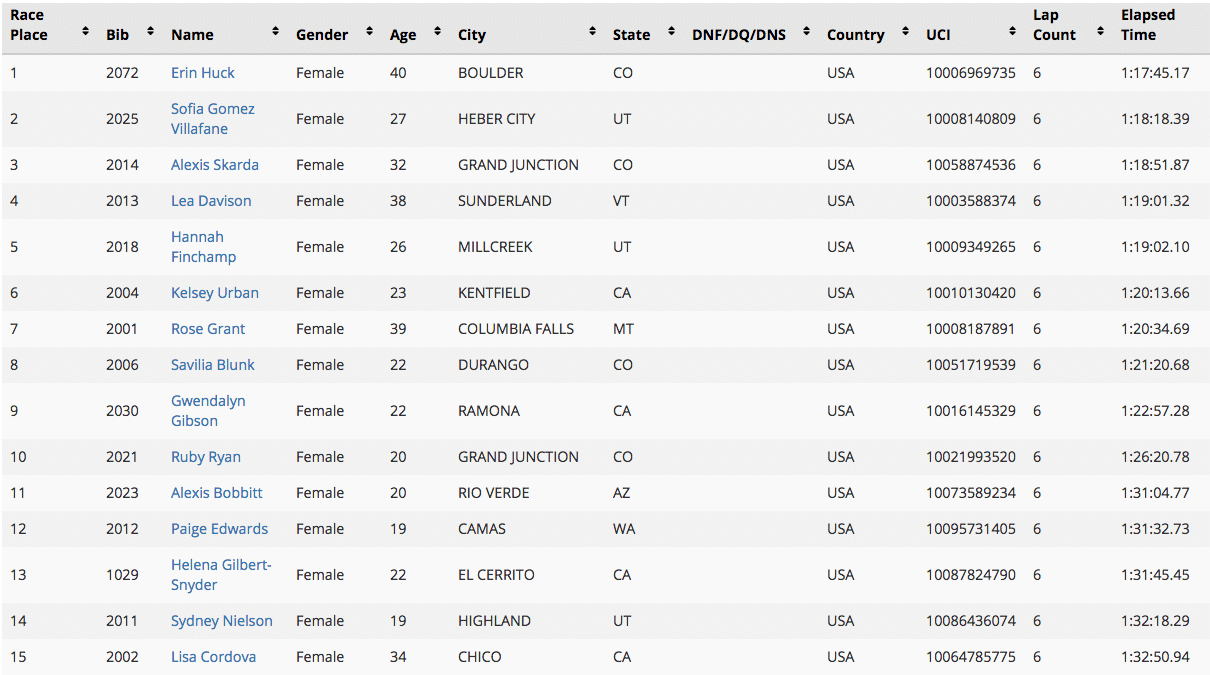 If you want to check the results for the other classes, click here: https://uscupmtb.com/index.php/results/