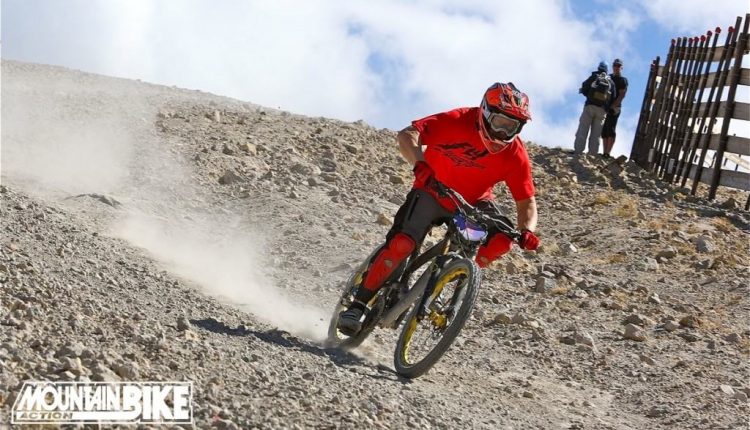 ABC is excited to announce the launch of President of Box Toby Henderson’s new venture, American BMX Company (ABC), co-founded with Canadian entrepreneur and ex-BMX Racer Marc Côté. Côté, who has an extensive background in robotic engineering as well as film and television production, raced BMX in his youth and sought out Multi-Champion BMX and MTB Racer Henderson a couple of years ago when he wished to get involved in the bike business. Together Côté and Henderson acquired and relaunched the BMX brand“Race Inc.”, designing innovative frames for BMX racing bikes equipped with BoxComponents. ABC, parent company of multiple yet-to-be-revealed brands, including Race Inc., developed by Côté and Henderson, will offer a broad range of bicycle components and accessories featuring a blend of modern technology and retro design. With this new alliance, Henderson’s primary goal remains to bring more innovation to bikes and components alike. “With ABC, I can create way more for BMX. Côté’s expertise in engineering, videography, and computer graphics will be a tremendous advantage. 3D animation and VFX is something that BMX currently does not have the expertise to do, but it is something we need in the future,” Henderson said. The partnership of industry veteran Henderson and the ABC team presents a promising opportunity for ABC and Box to strengthen each other’s foundations and expand their respective reaches in the BMX industry. ABC will provide Box with a new avenue forgetting its components on top-quality bikes along with substantial technical resources while Box will supply OE parts for ABC frames and lend the company’s knowledge of advanced bike component technologies such as Oversized. “With influence in both ventures I am able to create with fewer restrictions. Frames can be conceived to accept new component sets, and components can be birthed knowing they have a purpose-built frame waiting for them,” Henderson exclaimed. Box will be a significant component supplier for ABC’s line of racing and retro bikes, complementing the company’s frames with modern, innovative BMX parts. “I would have gotten involved with the retro scene ten years ago, but I didn’t believe it had legs at the time. Now it’s here, and it’s here to stay. The retro world is ready for more advanced bikes that are stiffer, stronger, and faster. We want to bring modern bike technology to retro BMX and racing,” said Henderson. Henderson, whose BMX career dates back to the sport’s beginnings, will serve as the bridge connecting the old school and new school crowds. For Henderson, the move also represents the next chapter in his life-long passion for BMX, to which the former professional racer still has so much more to give. “I do everything I can within Box to create the best BMX components, but I want to use my 30 years of experience riding a bike to create new things. I have a lot more to give to the cycling industry as a whole. As a veteran rider, I know what everything should feel and ride like,” Henderson added.

Henderson, the founder of Box, Toby Henderson Enterprises (T.H.E.), and multiple other bike brands, raced BMX professionally for nearly a decade,  spanning the 1970s and‘80s, winning scores of titles and achieving legendary status before making a successful transition into mountain bike racing during the 1990s. Throughout his racing career, Henderson also honed his technical and business skills, developing his very own products including the ‘Henderson Hauler’ and more than one signature mountain bike. After two decades in competition, Henderson retired his racing gear and started his first company, Toby Henderson Enterprises (T.H.E.). Within a year, Henderson established himself in the industry as not only a racing legend but as a business visionary. Now, Henderson is ready to branch out once again and apply his knowledge and creativity to a different aspect of BMX. In the latest news, ABC recently secured rights to the Cook Bros. Racing brand. “I don’t want to say too much, but we have a lot of ideas in store. We already have a full line of retro-mod components in development. Weaving together retro and modern elements is a formidable task, but I know we can do it, and I’m excited to unveil our innovation” said Henderson. Côté’s and Henderson’s combined skills, knowledge, and business expertise, should provide for a spectacular partnership and creative future.