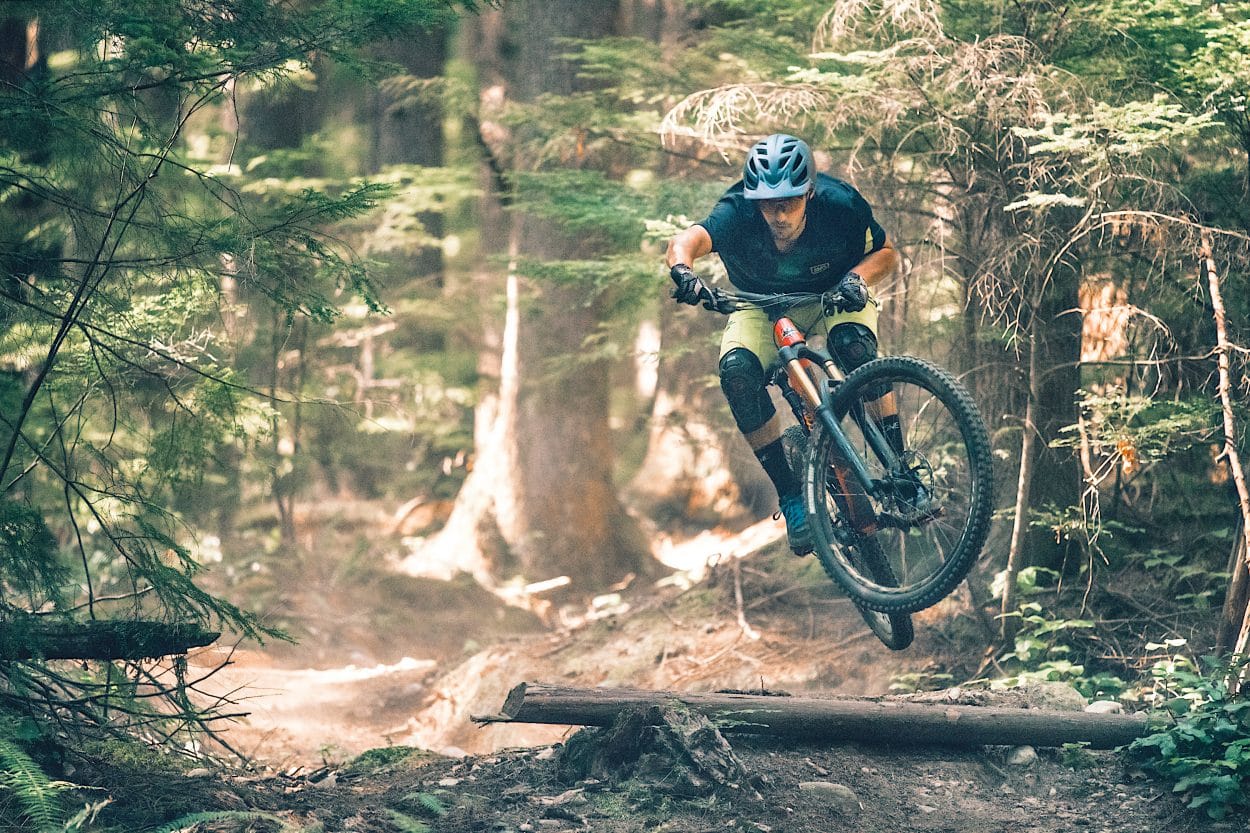 “I thought I was a great mountain biker until—I rode with people who really are great mountain bikers,” I muttered to myself during a recent trip to Vancouver, Canada. Surrounded by legends, heroes and rising stars, I knew from the start I was in for a big day. This story began when I received an invitation to visit Rocky Mountain’s R&D and marketing office located in North Vancouver. Although my schedule was tight and deadlines needed to be met, I couldn’t turn down the opportunity to ride a location I had dreamed of shredding since the first time I tossed a leg over a mountain bike. Just a week or so later, I was driving my truck to the airport, ready to embark on a thrilling adventure.

I arrived at Rocky Mountain’s office eager to learn all about the bike they had hidden behind the curtain. On the way in, I spotted a chalkboard with words written above a drawing of a hockey mask that read, “It’s coming,” in the same font as the 1980s horror flick Friday the 13th. A tip of the hat to slasher movie icon Jason immediately told me what bike Rocky Mountain would be unveiling. That bike, of course, was the newest version of the Slayer—a bike with freeride roots but updated to meet enduro and bike park needs…essentially a downhill bike that could climb.

Our group included a list of media friends, along with the “Godfather of Freeriding” himself, Wade Simmons. Professional mountain biker and local Thomas Vanderham, along with soon-to-be Queen of Crankworx Vaea Verbeeck, joined in on the fun. Oh, and of course, the ripper employees at Rocky Mountain were there to show off their favorite trails.

The North Shore is packed with world-class riding. “Rough and raw” would be a great way to describe much of what we rode. The word “steep” would work well, too. The Shore builds great mountain bikers due to its amazing terrain and culture that revolve around bikes. I suddenly found myself challenged by a trail network, unlike anything I had ridden before. Although I’ve been to British Columbia nearly a dozen times, the North Shore required a unique style of riding—one that took me out of my element. Learning brake control down a large rock face or balancing narrow ladder bridges requires a certain set of skills that are hard to master.

Before I knew it, I was “slayed” by the Shore, chewed up and spit out. I found myself rolling in the loamy dirt more than a few times. As soon as I wanted to blame the bike for my mistakes, I saw the stars in our crew approaching more difficult lines with ease. I bit my tongue, knowing there was nothing wrong with my bike. The new Slayer I was riding was actually wildly impressive. Later, I came to realize that I might be a good mountain biker, but I was surrounded by great ones.

I’m often humbled when I attempt to ride with the pros, but this trip especially put me in my place. And you know what? I’m happy it did. Any time I have the chance to ride with a group of great riders, I jump at the opportunity. There is so much to learn from them.

If you’re ever lucky enough to ride with a top-level mountain biker, try to pick up on everything he or she is willing to teach you. Study the way they look at the trails, apex through a turn or what lines they take through difficult sections. It doesn’t matter if you’re a professional or a first-timer, there will always be someone faster, stronger and more talented than you. But, if you’re willing to learn what sets them apart and match their commitment, you, too, can become a great mountain biker.