Cane Creek Cycling Components has announced the release of their critically acclaimed DB Air CS and DB Coil CS shocks in trunnion-mount versions. Both shocks include the same four-way independent adjustability, exceptional performance and revolutionary climb-switch technology of their standard-mount counterparts and are available in sizes ranging from 185 mm x 50mm to 225mm x 75mm. 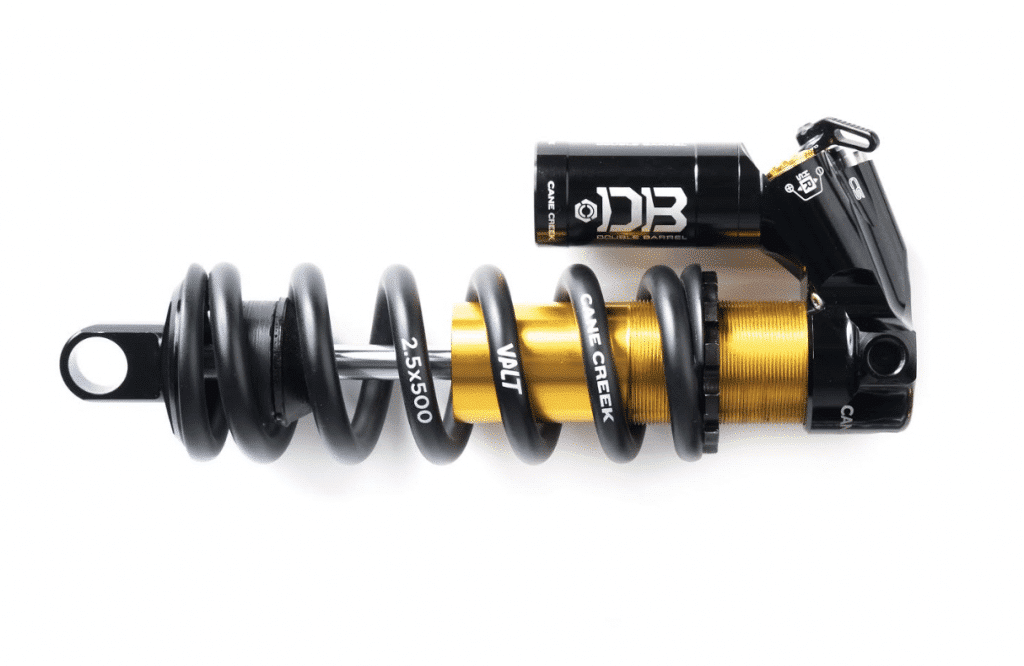 “Trunnion-mount has really taken off in the past few years with many great frame manufacturers going exclusively to that standard,” said Sam Anderson, product manager for Cane Creek. “We want riders on trunnion-mount bikes to be able to experience the same world-class performance, adjustability and hand-built quality they would on a non-trunnion bike. The DB Air CS and DB Coil CS in trunnion-mount gives riders more choice on how to pair their favorite suspension with their favorite bike.”

Cane Creek’s release of the DB Air CS and DB Coil CS in trunnion-mount comes on the heels of several new product announcements for the company in 2018 including the release of their HELM 29 fork, eeWings titanium cranks, eeBarKeep premium bar-end plugs and ultralight eeSilk suspension seatpost for all-road and gravel bikes.

DB Coil CS and DB Air CS in trunnion-mount are available now through Cane Creek retailers and distributors or factory direct through the company’s website at www.canecreek.com. Pricing for the shocks remains the same as their non-trunnion-mount counterparts – $695 for the DB Air CS and $620 – $680 for the DB Coil CS depending on the choice of spring.

Cane Creek Cycling Components is a manufacturer of premium cycling products headquartered in Fletcher, NC. The company was founded in 1974 as the North American headquarters of Japanese brake manufacturer Dia-Compe. In the early 1990’s the company was renamed Cane Creek Cycling Components and was subsequently purchased by its employees. Over the years, Cane Creek has introduced several groundbreaking products – including the original AheadSet threadless headset and the revolutionary Double Barrel Shock.

The company remains employee owned by cyclists passionate about developing and manufacturing innovative products – many of which are hand assembled in their facility in the mountains of North Carolina.