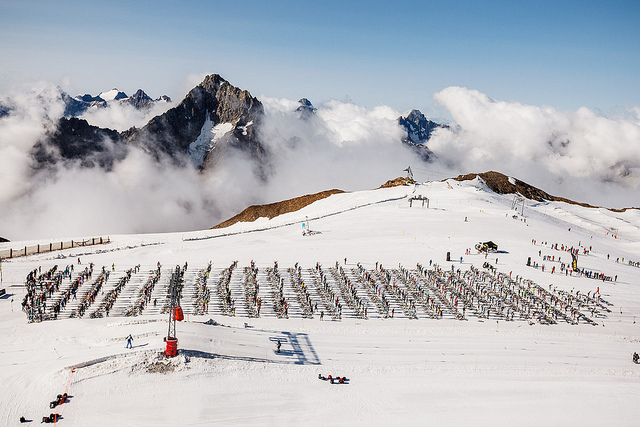 To end the week of Crankworx Les 2 Alpes’ mountain bike action, the infamous GT MOH, fueled by Kali, took place. The biggest names in enduro and downhill racing joined a field of 700 hardcore riders in a snowy mass start on the glacier at 11,154 feet. The entire course at Les 2 Alpes descends over 12 miles and has a vertical drop of 8,530 feet. 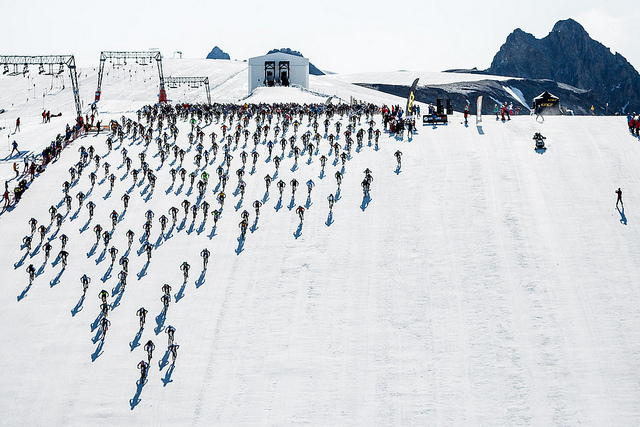 And they’re off! Speeds up 60 mph were recorded on the descent down the glacier. Photo: Stef Cand | stefcande.blogspot.com
The fastest man was France’s Jerome Clementz, making the entire journey in just 32:49.815, with second place rider Rene Wildhaber of Switzerland just behind at 33:01.114. Damien Oton of France came in third with a time of 33:14.974. 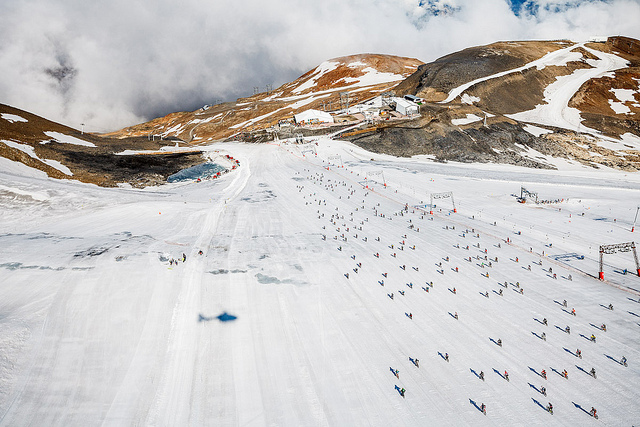 An upset for the race was Nicholas Vouilloz who had a good start on the glacier, clocking 61.5 mph on his bike’s GPS, before a crash took him out of the running for the
podium. The race, organized by the Choucas Bikers, is in its 13th year, and has been a mainstay in the Les 2 Alpes’ calendar of events. The GT MOH, fueled by Kali, is a departure from the typical line-up of Crankworx events, but was an epic way to end a week of incredible mountain bike action at the inaugural Crankworx Les 2 Alpes. 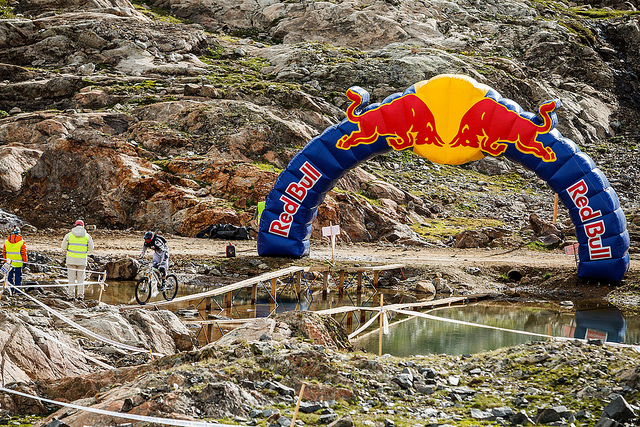 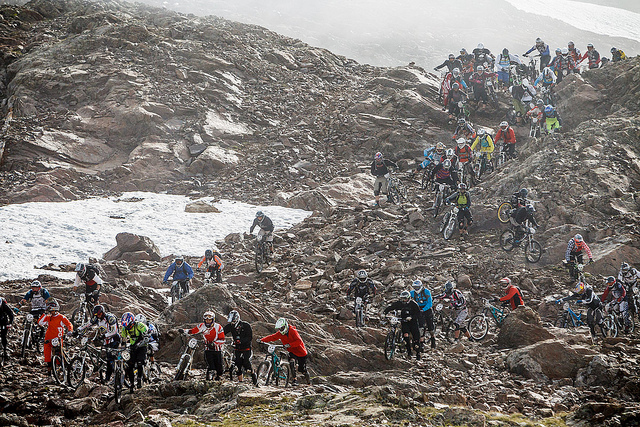 Another distinction awarded on the last day was the crowning of the King Of Crankworx Les 2 Alpes. Bernard Kerr of the UK took home the crown for his solid performances during the week. Next up is Crankworx Whistler August 10-19. Check back for day to day coverage here on Mountain Bike Action.

Which Maxxis Tire is Right for You?