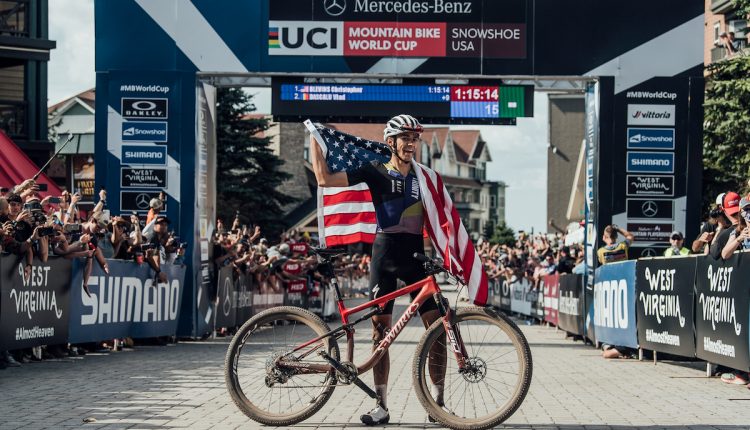 Evie Richards continued her run of scintillating form to double up in Snowshoe and add the UCI Mountain Bike World Cup XCO win to her Friday XCC one as Christopher Blevins lifted the home fans with America’s first XCO men’s victory since 1994. 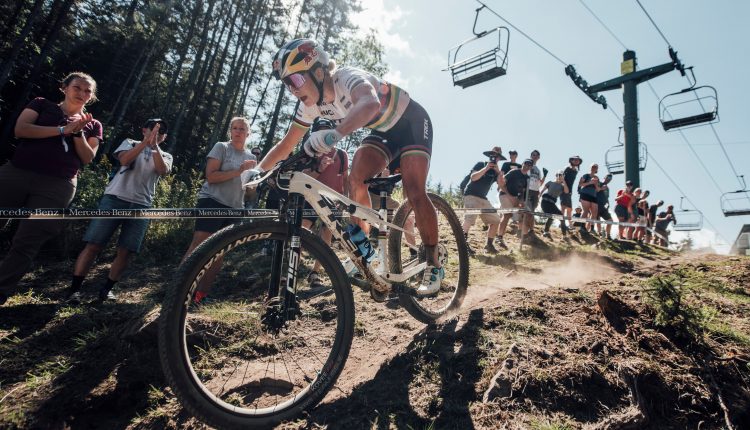 – Australian McConnell upped the pace and pulled clear, splitting the group in the process; however, a front flat saw her enter the pits with Richards taking a lead that she never relinquished.

– Behind the Briton, the battles were fierce with McConnell moving back up to second, riding alone but with pressure from Anne Tauber and Frei who were locked together in third and fourth.

– Richards barely looked like she had broken a sweat as she enjoyed the final lap acclaim to win by one minute and 31 seconds with McConnell second and Netherlands’ Tauber holding off Switzerland’s Frei for third.

– France’s Loana Lecomte did not race in Snowshoe, citing fatigue, but she had done enough already to tie up the 2021 World Cup title with Richards’ win seeing her finish a brilliant second overall.

– Richards, 24, said: “I was quite stressed. It was really hard to hear the splits as the crowd was so noisy. I was just trying to do consistent laps, but also save some until the end.” 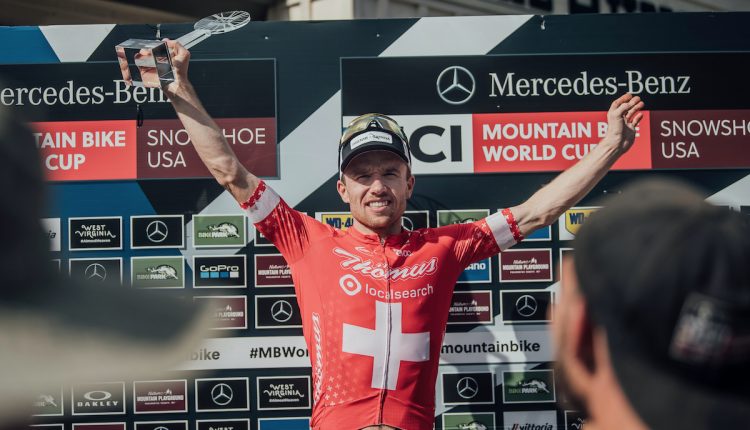 (Switzerland’s Mathias Flueckiger celebrates his win of the men’s overall World Cup XCO title, which he locked up on Friday in the Short Track race. Photo by Bartek Wolinski/Red Bull Content Pool)

– In the men’s race there was drama on lap one as World Cup leader Mathias Flueckiger punctured, putting him right to the back of the race however, luckily, his 2021 title had already been wrapped up.

– At the front, Frenchman Victor Koretzky – fresh off his win in the XCC – went to the front on lap two and applied the pressure but he punctured on lap three to dash his win hopes.

– Brazilian Henrique Avancini was the man to close Swiss legend Nino Schurter down and show his strength with Blevins and Italian Luca Braidot staying safely tucked in the wheels, not giving much away.

– Czech rider Ondrej Cink was next to hit the front with Romanian Vlad Dascalu also moving up but late punctures for Avancini and Schurter wrecked their chances as Blevins duly sailed through the rock garden to put the USA back on top for the first time in 27 years. 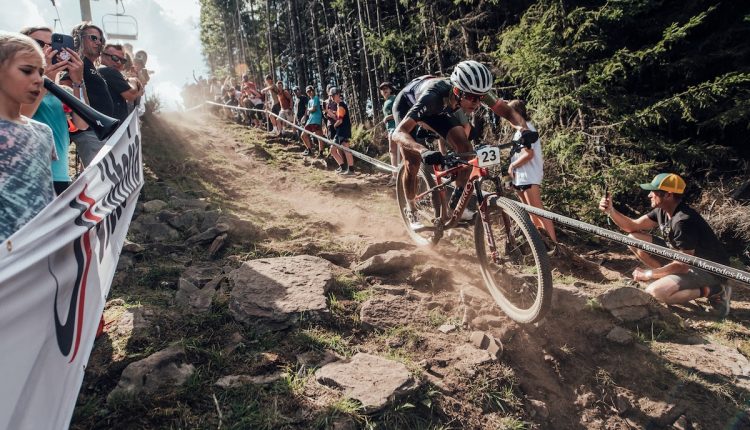 – Blevins, 23, said: “This meant absolutely everything. I would be lying if I said I expected anything close to this or even really dreamed of it. There is so much magic in sport. The streak is over.”