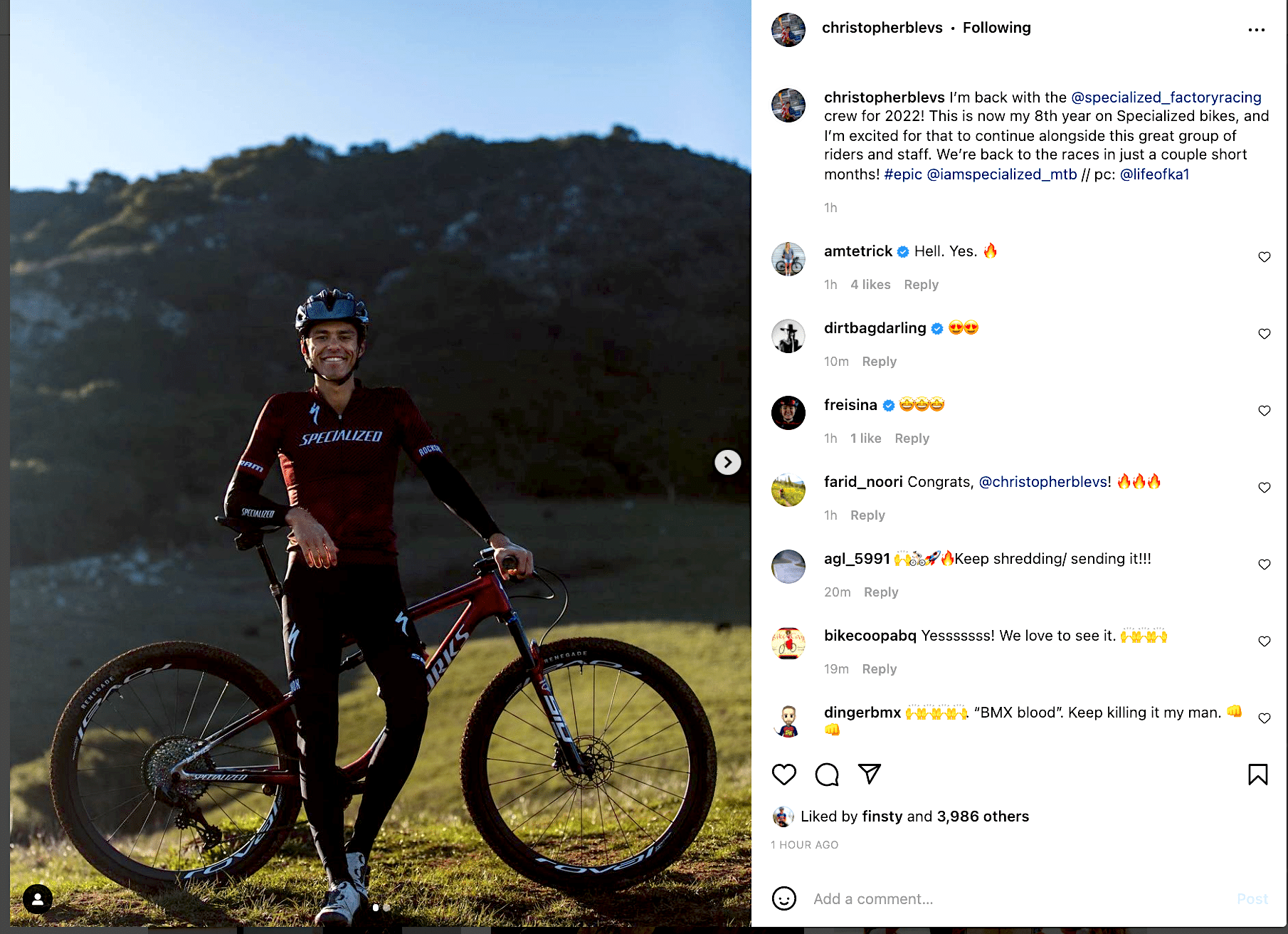 Christopher Blevins has announced that he’ll be joining the Specialized Factory Racing team for 2022, along with America’s Haley Batten. Blevins had been racing Specialized bikes on the Trinity racing team when he won the Elite Men’s Short Track title at last year’s World Championships and then followed it up by winning the final World Cup XC race of 2021. Blevins was the first American to win an Elite Men’s World Cup XC race since Tinker Juarez did so in Canada in 1994. Blevins was also the first American to win any kind of World Championship title in Elite Men’s cross-country racing since John Tomac did so in 1991.

BEHIND THE SCENES WITH OLYMPIC GOLD MEDALIST JOLANDA NEFF

SPECIALIZED UNVEILS ITS FULL FACTORY XC TEAM FOR 2022 AND BEYOND