This year’s racing season got off to a fast start in the U.S. with Southridge Racing’s cross-country, enduro and downhill competitions in Fontana, California. The popular race venue had to stop holding its cross-country races for a few months last year because of some land-usage issues, but those races got up and running again. Fontana won’t be hosting a USA Cycling National Series event this year, but its racers still showed up in good numbers to take part in the Southridge Cycling winter racing season. 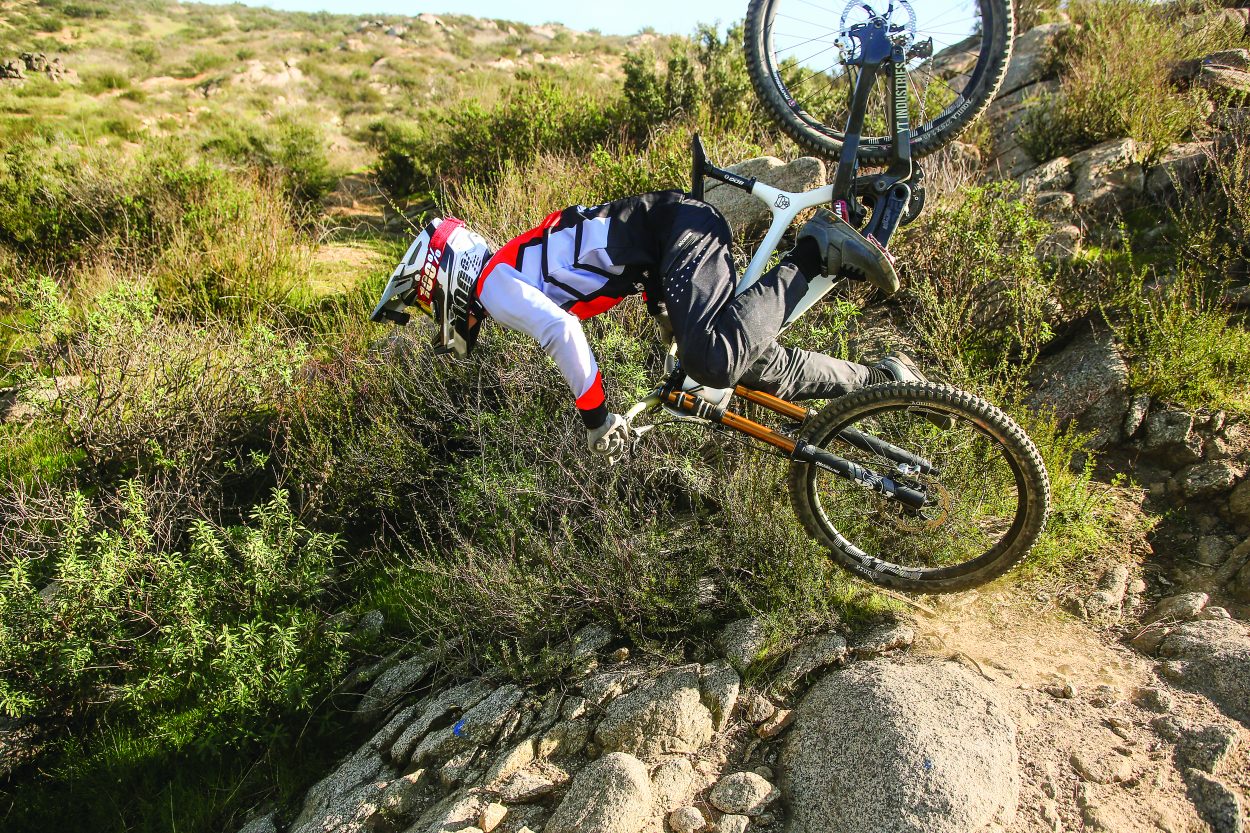 There’s nothing quite as scary as going over the bars in a place like this. Fortunately, the rider wasn’t badly hurt and was able to get up and ride away afterwards. 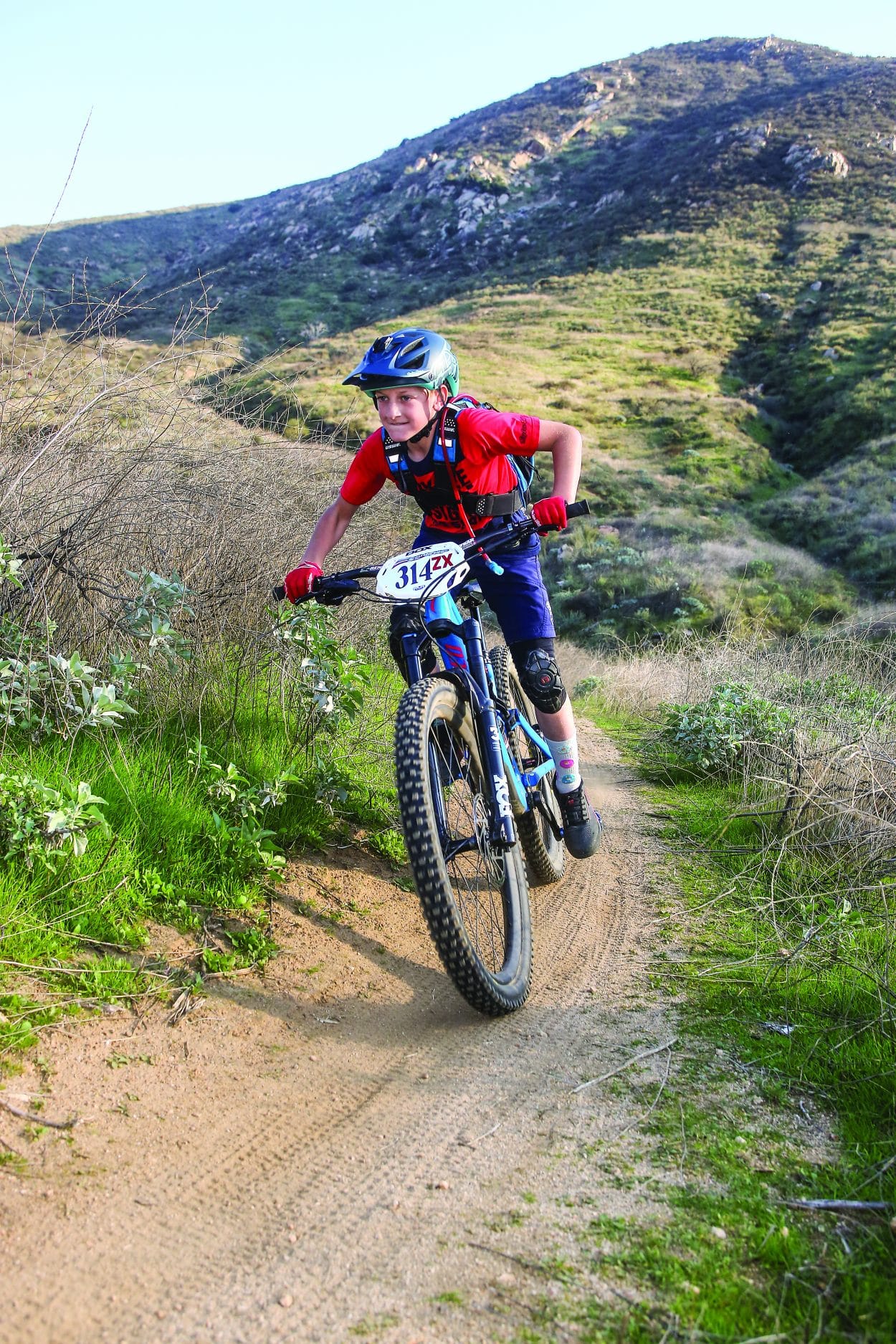 Brady Dickman powers through one of the lower sections of the Fontana racecourse. The Beginner and Sport classes race on less intimidating trails in their races than the Experts and Pros.

Basketball legend Reggie Miller showed up at Fontana’s first weekend to take home a win in the 50–59 Sport XC class. There were six other racers battling Reggie for the win, making it the biggest XC class of the day, but it looks like he’s still getting faster and still stoked to be racing every chance he gets. We wouldn’t be surprised if he makes it to the national championships one year to race for a national title. If Reggie can win at Fontana, he’s likely to be a serious contender. 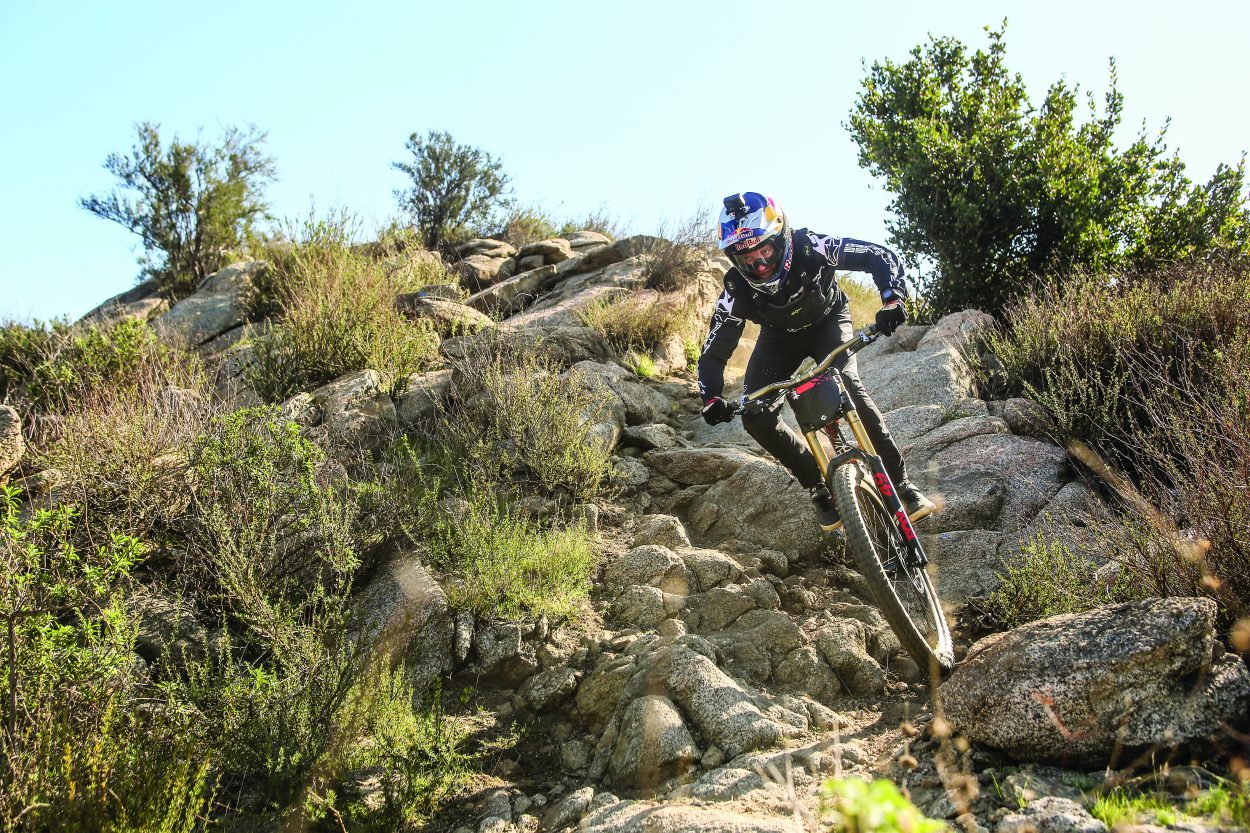 Aaron Gwin came out to Fontana to ride his new Intense downhill bike with the “staggered” 29/27.5″ wheel combo.

Aaron Gwin showed up for the Saturday practice session at Fontana’s second downhill event this year, and returned again in the weeks to follow to get more practice time in on his prototype Intense downhill bike with the mixed-wheel-size 29/27.5 combination.

Aaron Gwin, of course, has his sights set on the World Cup Series and the UCI World Championships which may or may not be coming up in the months ahead. Although Gwin didn’t compete in the first few races this year at Fontana, he did race some of the later events in the Fontana Winter Series.

Gwin has the second-most Elite Men’s World Cup Downhill wins in UCI history, with 20 wins to date—only one win behind Greg Minnaar. 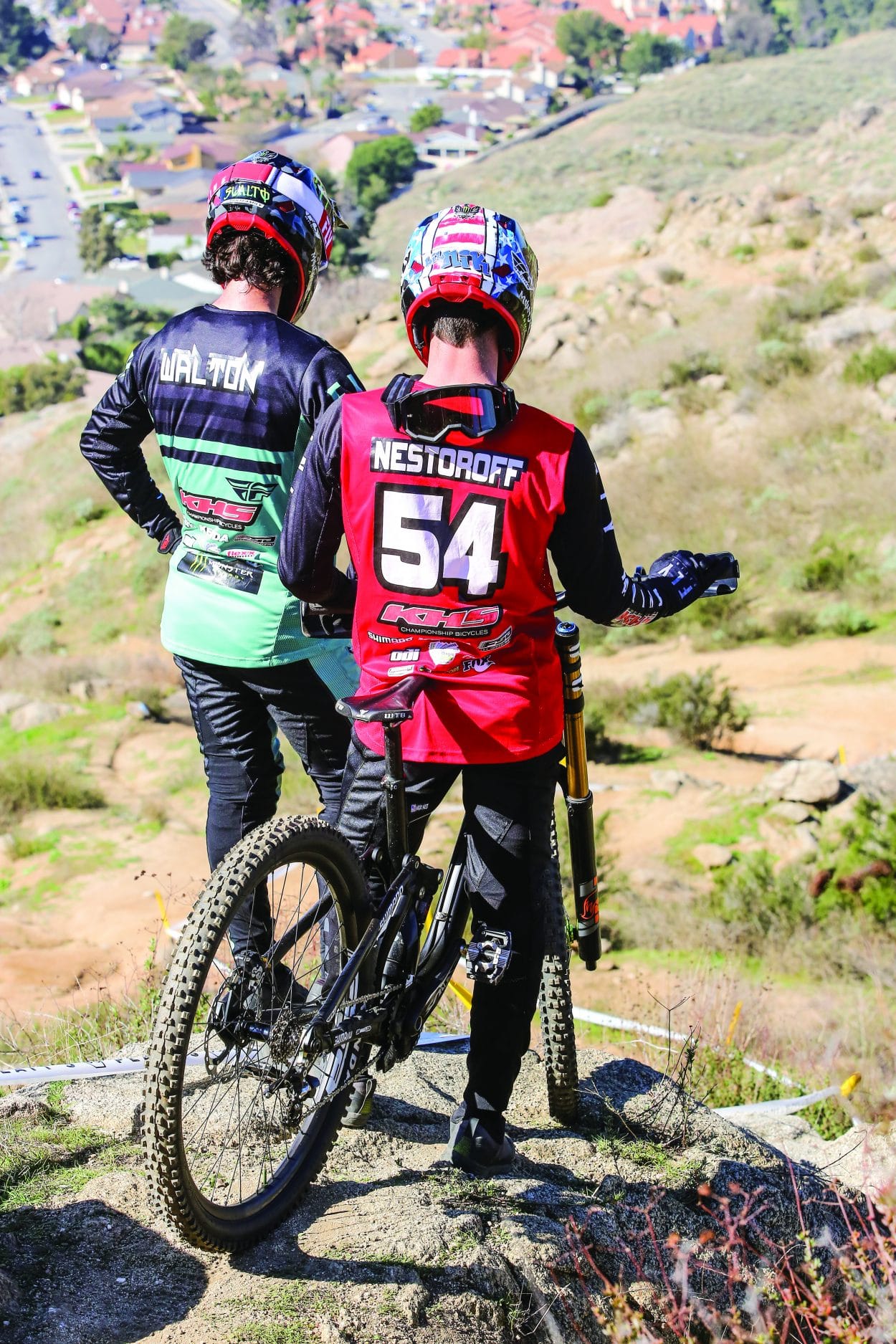 KHS teammates Steve Walton and Nikolas Nestoroff take a moment to check out some of the steeper parts of Fontana’s downhill course.

For more details about Southridge USA check them out here.