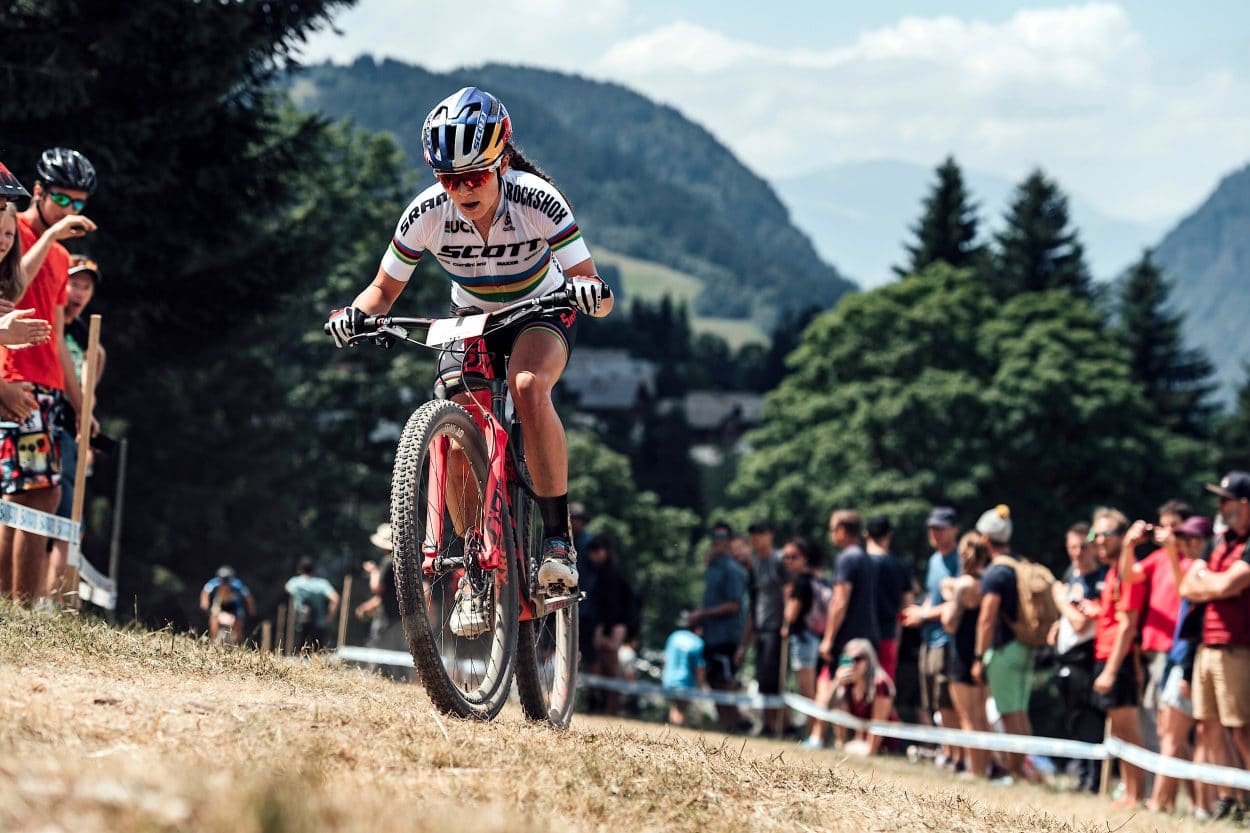 Kate Courtney and Nino Schurter continued their great recent form to claim UCI MTB World Cup XCO victories at the French Alps stop of Les Gets to boost their overall leads in the standings.

– World champion Courtney was imperious and the American moved clear on lap two to forge a gap to the field that never looked in danger of being closed.

– Reigning World Cup champion Jolanda Neff suffered a horror start, however dug in to fight back to seal second place that keeps her 175 points behind Courtney.

– Courtney, 23, said: “Today I rode my own race, focused on my objectives and I am really happy it worked out. Race within myself and not let the pressure get to me. Of course having a rider like Jolanda – who is so strong on the climbs but also a maniac on the descents – behind you puts some pressure on but I just tried to stay focused and keep on the gas.”

– Neff, 26, added: “The first lap cost me a lot. I am super happy I kept it together until the finish. We still have three races to go and I am starting to feel better the longer the season goes on.”

– In the men’s race, it was nip and tuck with six-time World Cup champion Schurter unable to drop Brazilian Henrique Avancini and Italian Gerhard Kerschbaumer until the last lap when he pulled clear late on.

– His 32nd World Cup victory leaves him one short of Frenchman Julien Absalon’s record of 33 with Avancini matching his best ever result with third place again.

– Mathieu van der Poel could only finish 16th, leaving Schurter over 200 points clear of both the Dutchman and Avancini whose consistency is rewarded in second.

– Schurter, 33, said: “Tough course, really physical. Gerhard was super strong. Second to last lap I was surprised that I dropped him. It is hard to get gaps and, for a long time, it was an open race. This victory today was a big step towards overall victory. I really like the Val di Sole track and it would be awesome to catch up Julien’s record.” 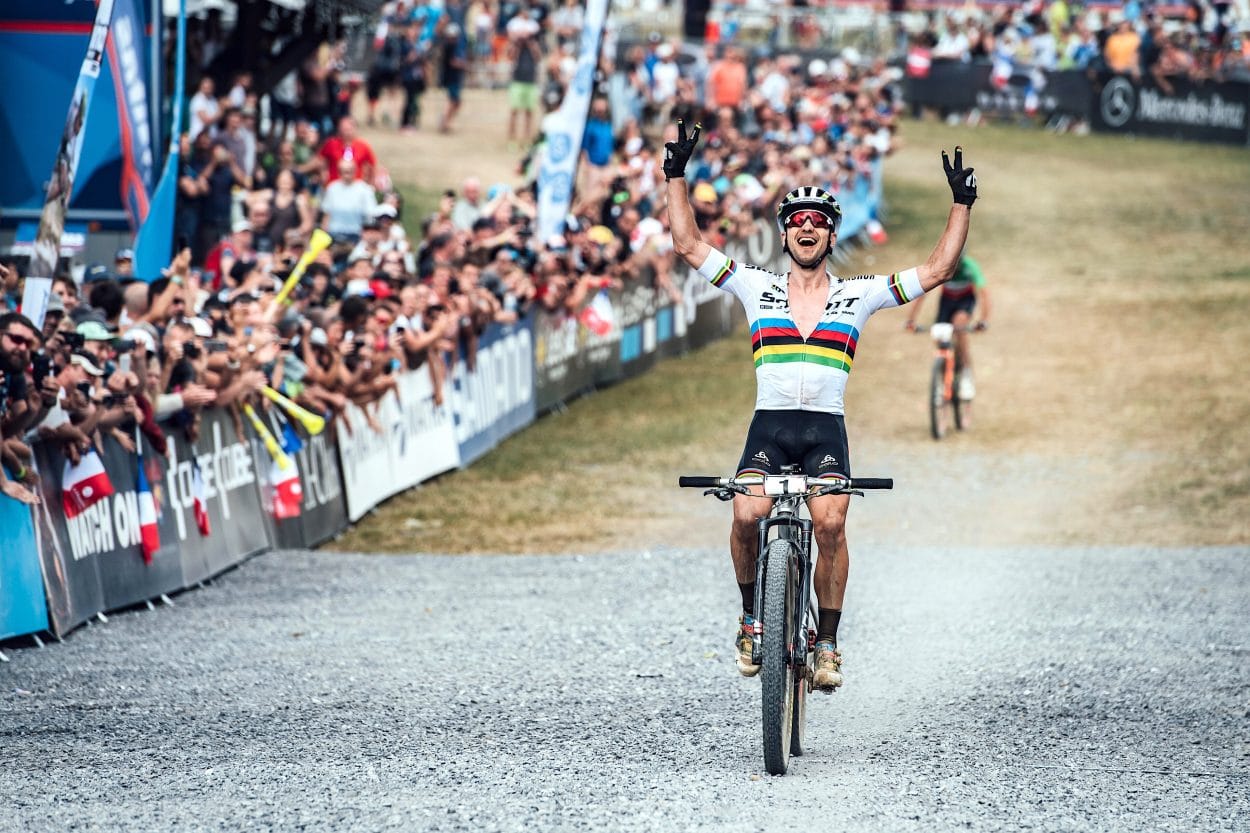