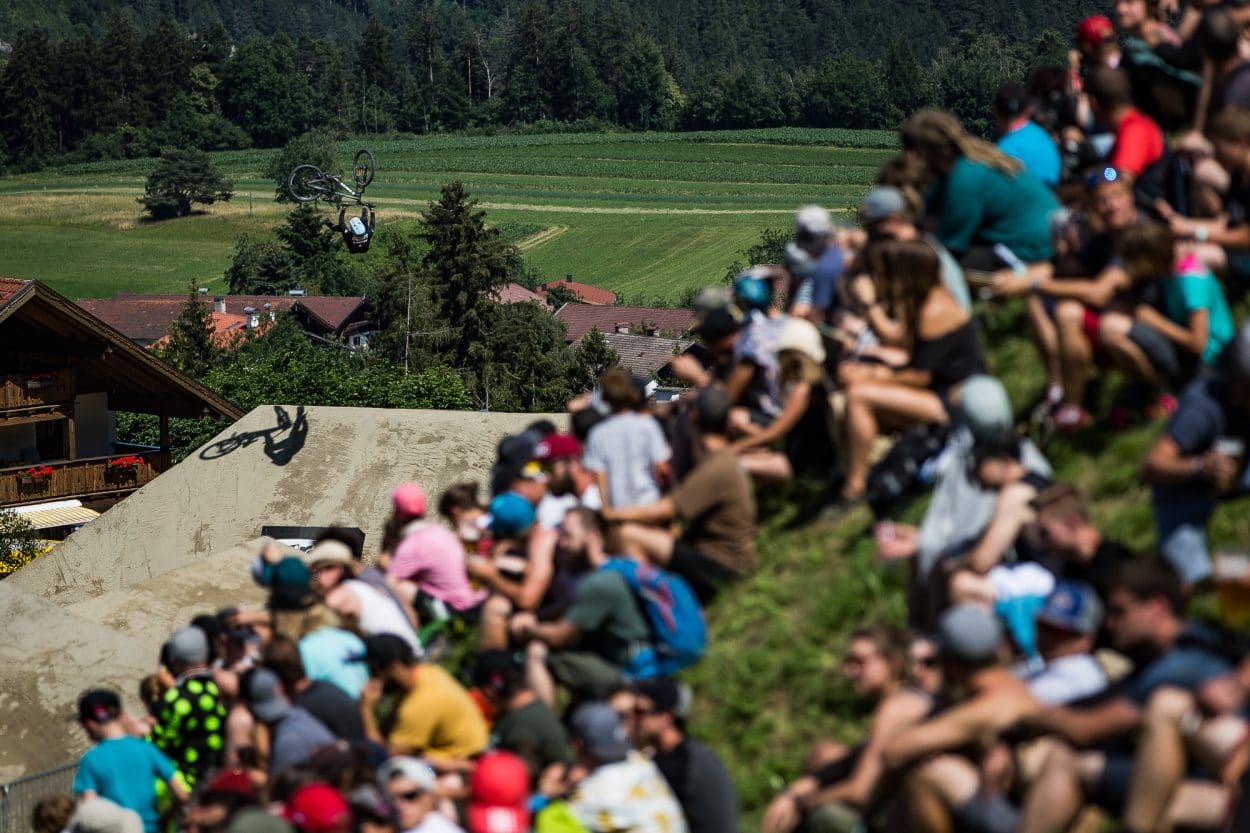 Mountain bike season is hitting its stride for 2019 as rubber gets ready to hit dirt in Europe. June will feature four weekends of the best of the best across all disciplines of gravity-fueled mountain biking. Top downhillers will face off twice. Enduro experts will get their fourth test of the season. And the best of all worlds will join with the global mountain bike community, converging for the second stop of the Crankworx World Tour.

Here are some tops contenders who’re heading to Europe and will be on lining up at the start gate June 12-16 at Crankworx Innsbruck, a venue that’s become known for raw and rowdy downhill racing, courses perfectly sculpted to showcase skill and style, and one of the most epic backdrops on the planet.

Battle Royale Rolls on to Austria

One of the unique features of Crankworx is the diversity and depth of talent on display. Athletes vying for the elusive titles of King and Queen of Crankworx (fought over the course of season, and with a $20,000 prize attached to each) must master the hustle required to shift between disciplines, training, seeding and competition, sometimes all within a day. They’re pioneers of the sport who’re setting the benchmark of what a competitive mountain bike athlete is capable of. 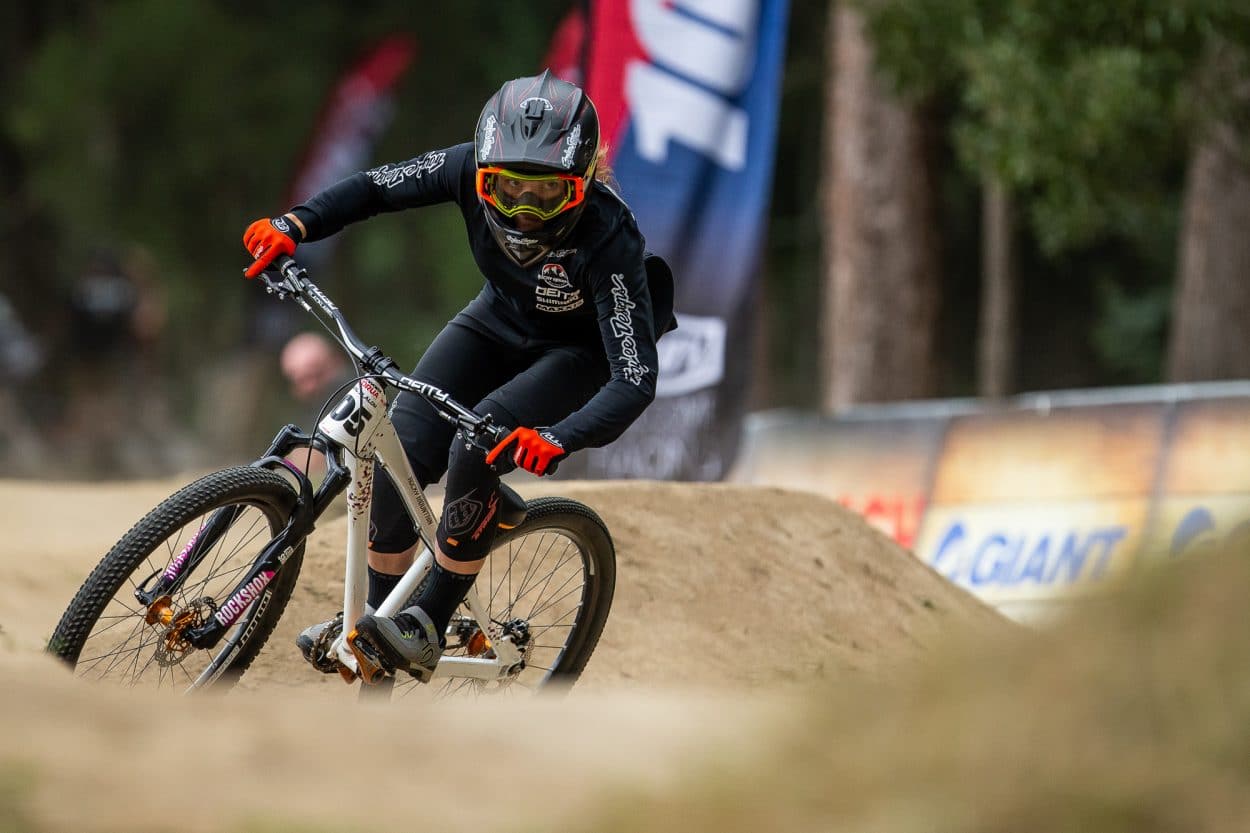 Vaea Verbeeck (CAN) burst out of the gate in Rotorua with a vengeance, taking two wins in as many days, leaving the Southern Hemisphere at the pointy end in the battle for Queen. Over the course of the five days of Crankworx Innsbruck, she’s on deck to take on four events. 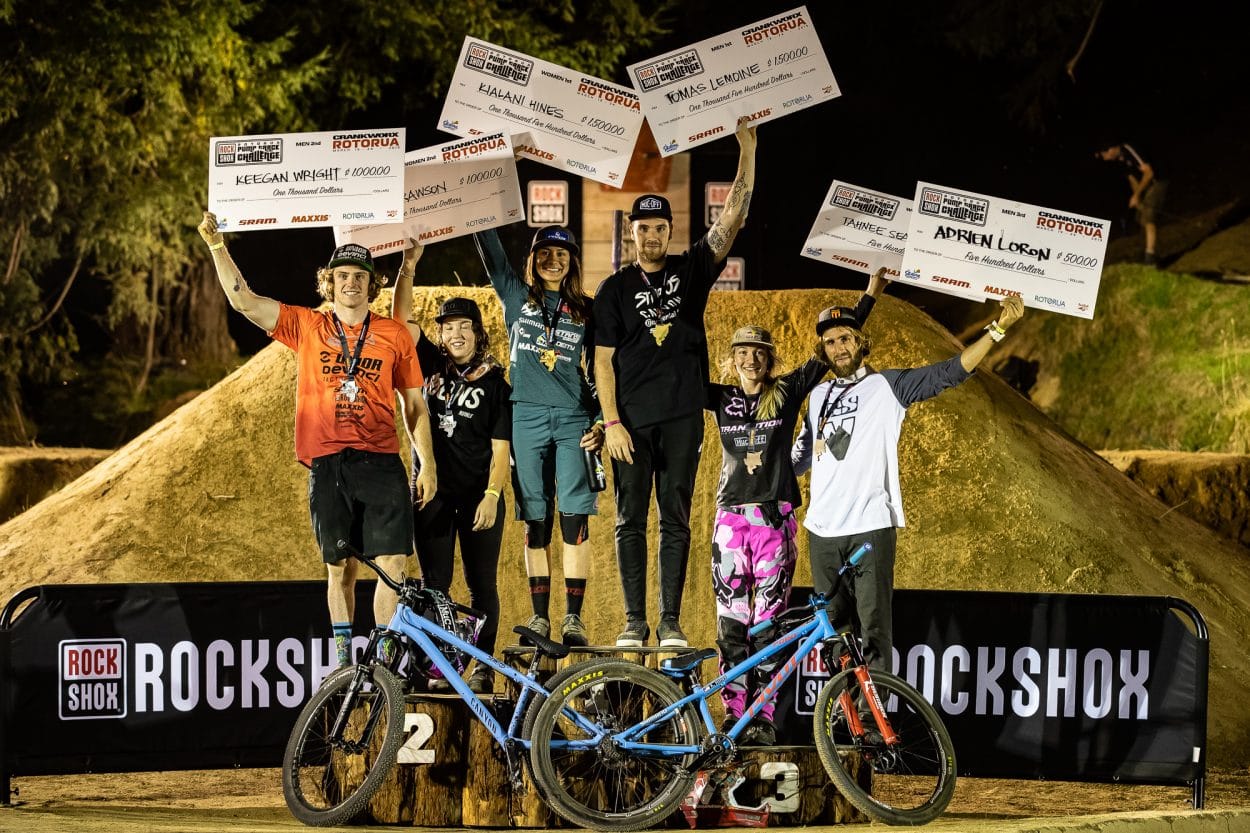 Official European Whip-Off Championships presented by SPANK (not counted toward Queen points, but another example of her diverse talents and dedication to progression) 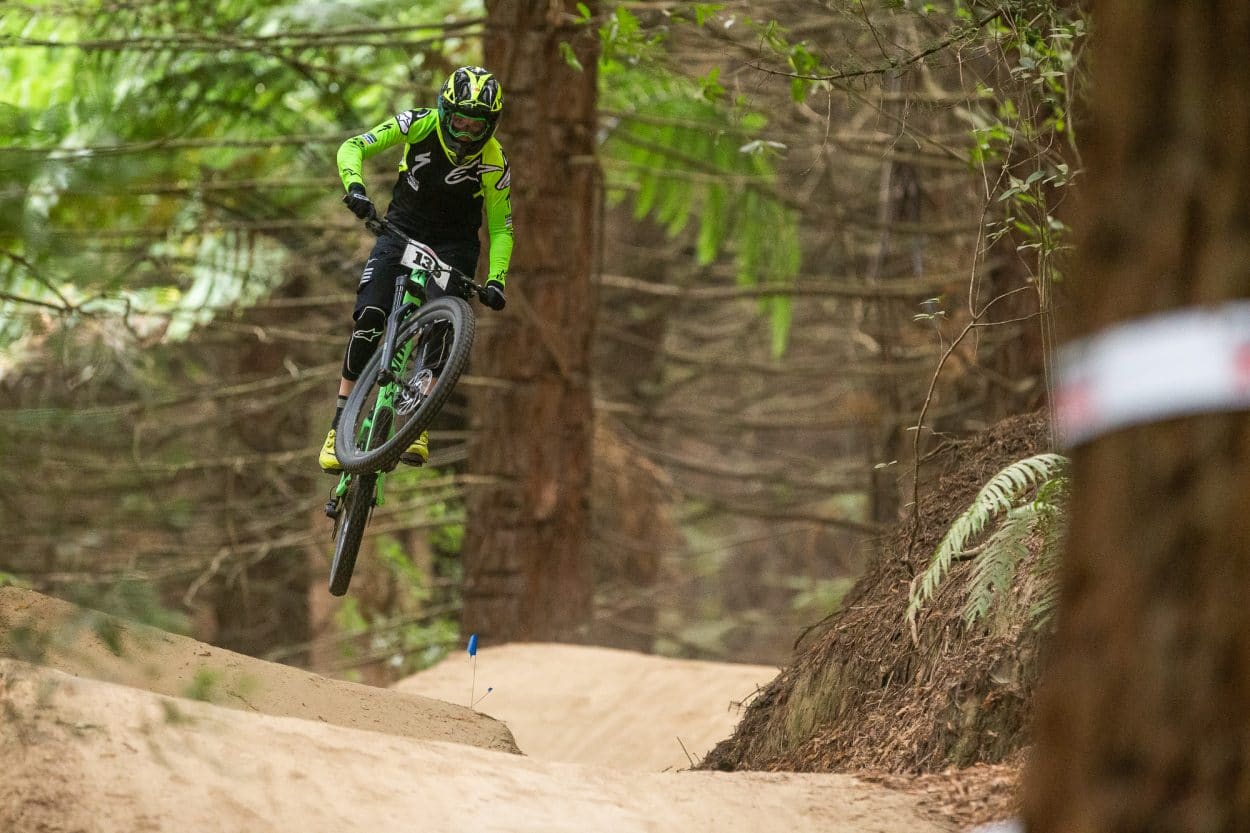 Anneke Beerten (NED) has been crowned Queen before (in 2015) and is hot on the heels of the leader heading into the second stop of the season. Beerten finished second behind Verbeeck in two events in New Zealand.

Kialani Hines’ (USA) Crankworx star has been steadily rising over the past two years. At Crankworx Rotorua, she stepped up to the top of her first Crankworx podium, taking the win on the pump track. She currently sits in fifth in the race for Queen.

Fans should also watch for young Austrian shredder Valentina ‘Vali’ Höll (AUT). In 2018 she stepped up to her first elite podium, coming in third in the pro women’s category on the Crankworx Innsbruck pump track. This year, she’ll be taking on the 100% Dual Slalom Innsbruck, RockShox Innsbruck Pump Track Challenge, iXS Innsbruck Downhill presented by Raiffeisen Club, and the Official European Whip-Off Championships presented by SPANK.

Tomas Lemoine (FRA) is a force to be reckoned with  – one of the few riders whose focus is Slopestyle, but who also dominates elsewhere. The past two years he’s taken wins in Speed & Style and on the Pump Track, while also pulling in consistent Slope results. Most recently he followed up a win in the RockShox Rotorua Pump Track Challenge with a second place Slopestyle finish the next day. He currently leads the King race. 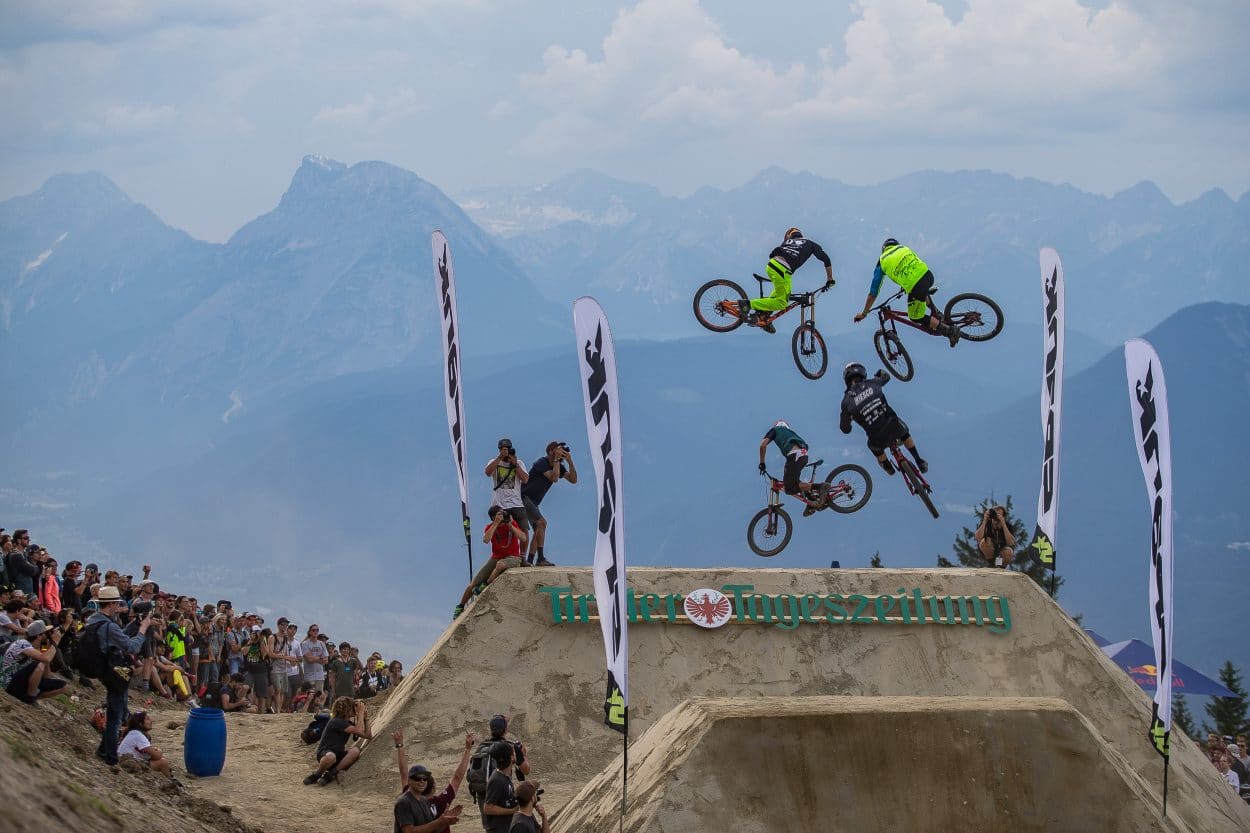 Keegan Wright (NZL) has proved himself to be a tireless competitor. In Rotorua, he took on five events over the festival’s six days, bookending with a win in the 100% Dual Slalom Rotorua, and a second place finish in the Giant Toa Enduro presented by CamelBak. He now sits just six points behind Lemoine in the running for King. 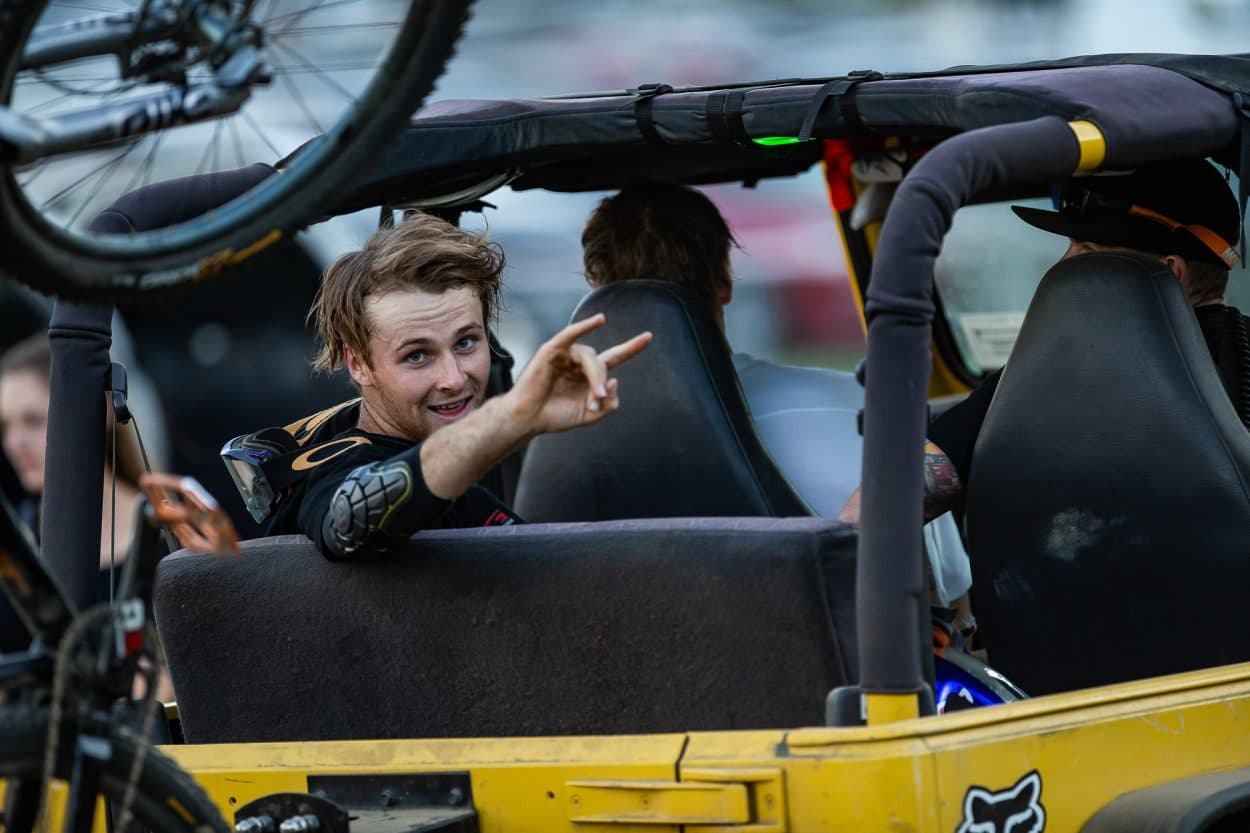 Billy Meaclem (NZL) stormed onto the scene in Rotorua, capturing the admiration of fans, and commanding the respect of fellow riders. “It feels like a fairytale story for him,” said Martin Söderström after his defeat at the hands of “Billy the Kid.” “This could be a big start for a big career.” Meaclem now sits in third in King race, thanks to four top-five results in Rotorua.

Some of the loudest cheers are likely to be heard when the announcers welcome a local legend to the start gate, riding high after winning the Whip-Off in Rotorua. No matter what language you speak, you’ll quickly learn to listen for “PETER KAISER” (AUT) from the announcers, a name sure to be a rallying cry for Austrian fans. Kaiser will be competing in the Mons Royale Speed & Style Innsbruck and the Official European Whip-Off Championships presented by SPANK.

Two years of Crankworx Innsbruck Slopestyle have brought back-to-back years of progression, drama, agony and ecstasy. Seemingly unbeatable runs have been bested, and commanding scores have been conquered. Two years running, Nicholi Rogatkin (USA) has stepped up to the top of the podium, while Brett Rheeder (CAN) has taken second.

Heading into the second stop of the 2019 Crankworx FMBA Slopestyle World Championship (SWC), Rheeder carries the momentum. The Canadian is coming off a win at the season’s first contest in Rotorua. Last year this was also the case, with Rogatkin finishing fifth in New Zealand. His off-kilter start didn’t slow his determination, as he went on to win the final three contests of the season, a feat never before completed in the history of Slopestyle.

This year Rogatkin is coming off a ninth place finish in Rotorua.

Will the battle once again be between Rheeder and Rogatkin? And who will step up to the third place on the podium? After a string of fourth place finishes in 2018, Lemoine bagged a second place finish in Rotorua, while Alex Alanko (SWE) took his first Crankworx medal, competing in just his second Crankworx Slopestyle competition. 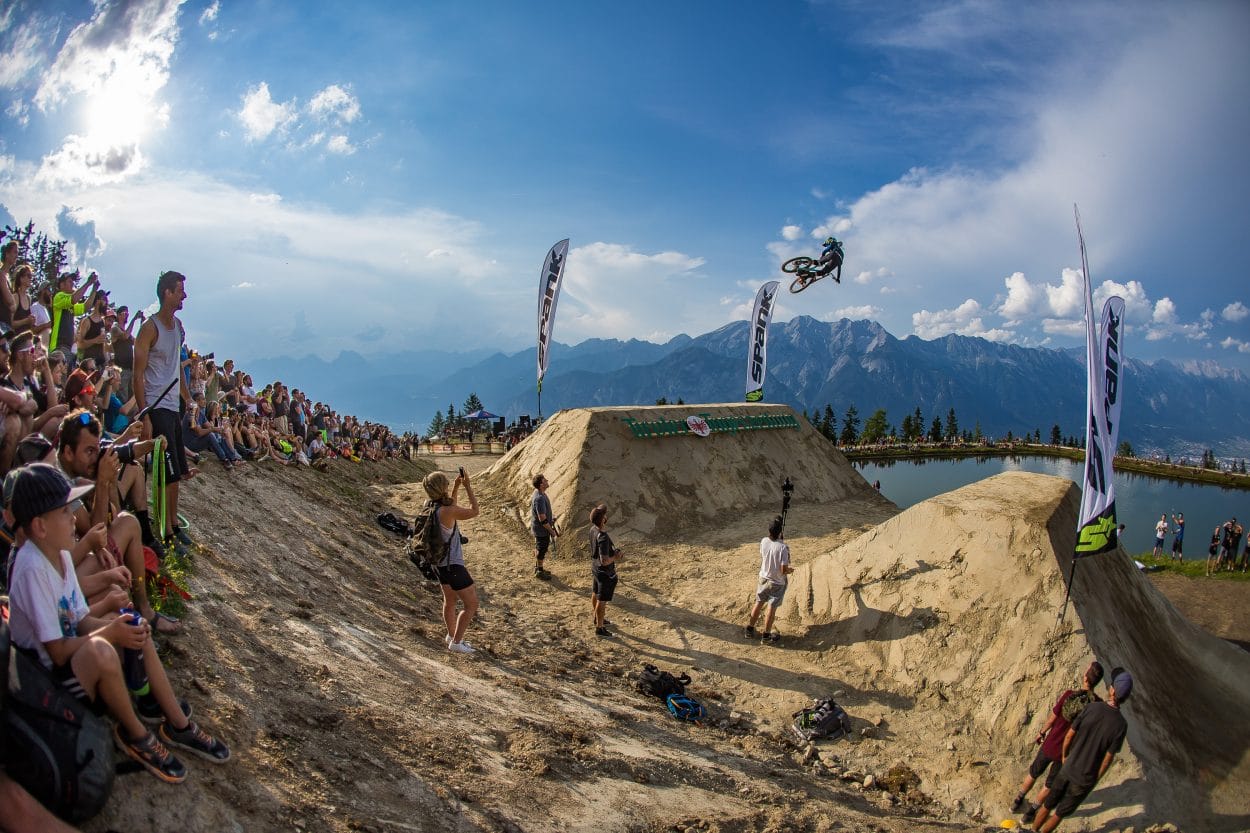 Come June, downhill season will be going gangbusters. The month’s third week will see some of the world’s best teams and riders flock to Innsbruck to take on the iXS Innsbruck Downhill presented by Raiffeisen Club. This year a new track will see the action descend into the heart of Crankworx Innsbruck’s festival site in Mutters.Danny Hart (GBR) has owned this race two years running, and has shown he’s in fine form in 2019, having clocked the second fastest time of the season in Maribor in April. 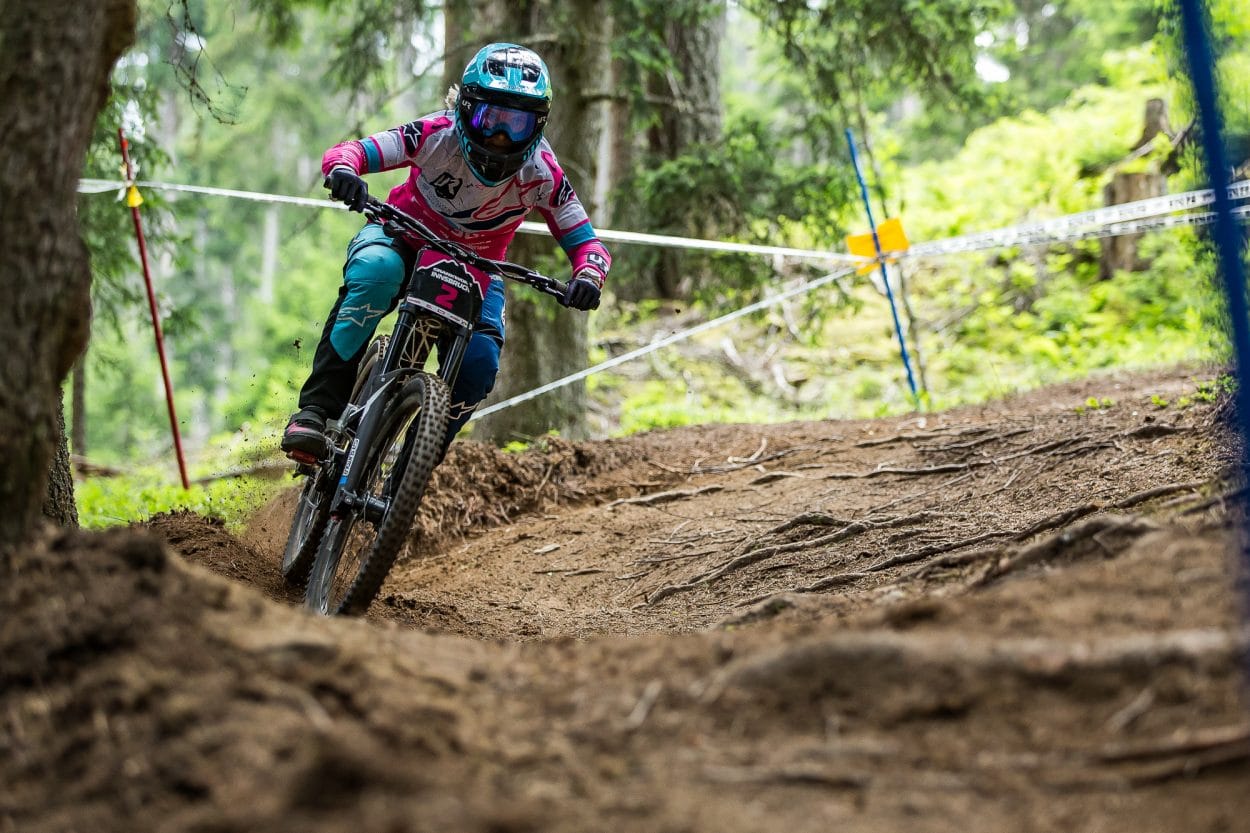 Tracey Hannah (AUS), like Hart, is undefeated on the Crankworx Innsbruck downhill track. The reining Crankworx Downhill Champion kicked off international racing season with a win in the Crankworx Rotorua Downhill presented by the Professionals, then rolled onto Maribor where she charged her way onto the third step on the podium. 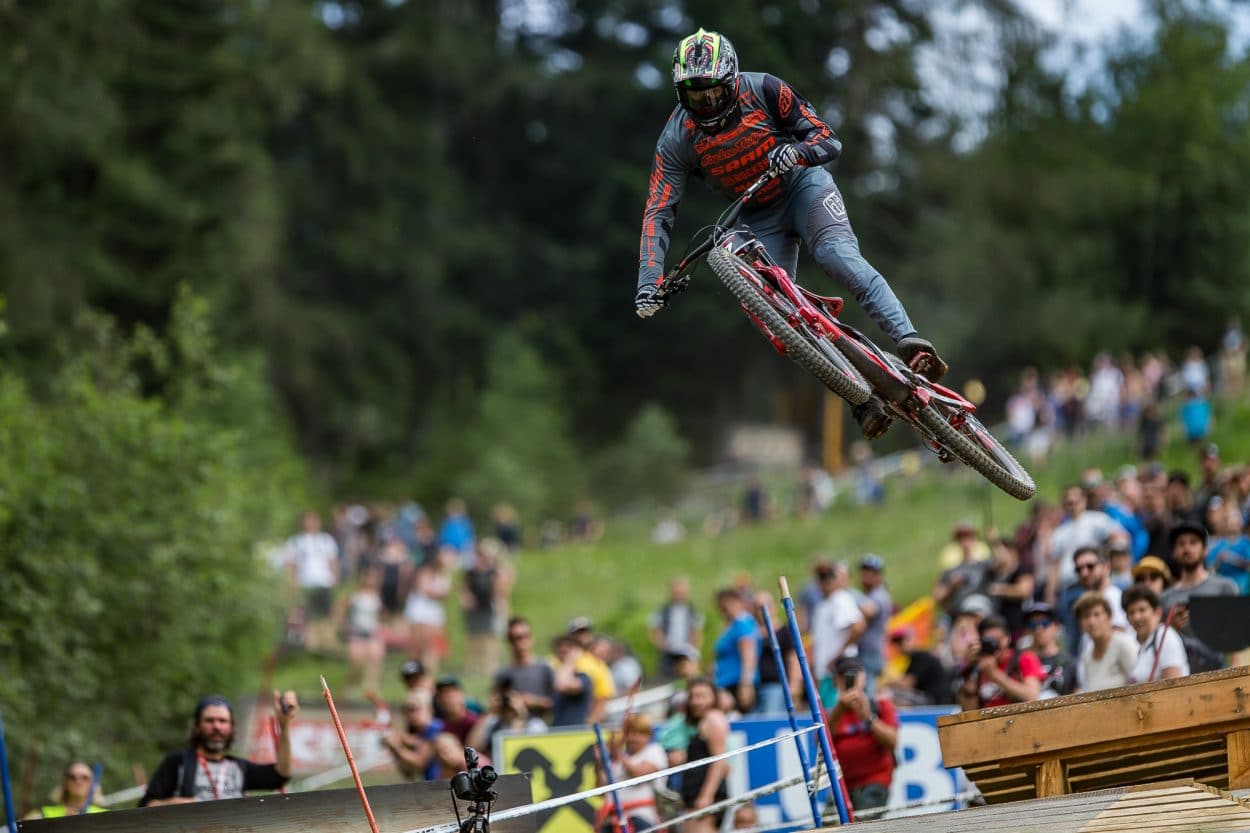 Charlie Harrison (USA) earned his first elite podium outside the USA at Crankworx Innsbruck last year, coming in third behind Hart and 2018 King of Crankworx Sam Blenkinsop. He started his season off with his highest World Cup finish to date, taking fourth in Maribor.

Tahnée Seagrave (GBR) has become a fixture on the Crankworx circuit in recent years, expanding her downhill focus and consistently taking on, and pulling in results, in Dual Slalom and on the pump track. She heads into June with a third place finish in the Rotorua DH, and a commanding win in Maribor ahead of Rachel Atherton and Hannah.

Here are some of the key athletes who will be noticeably absent in Innsbruck. 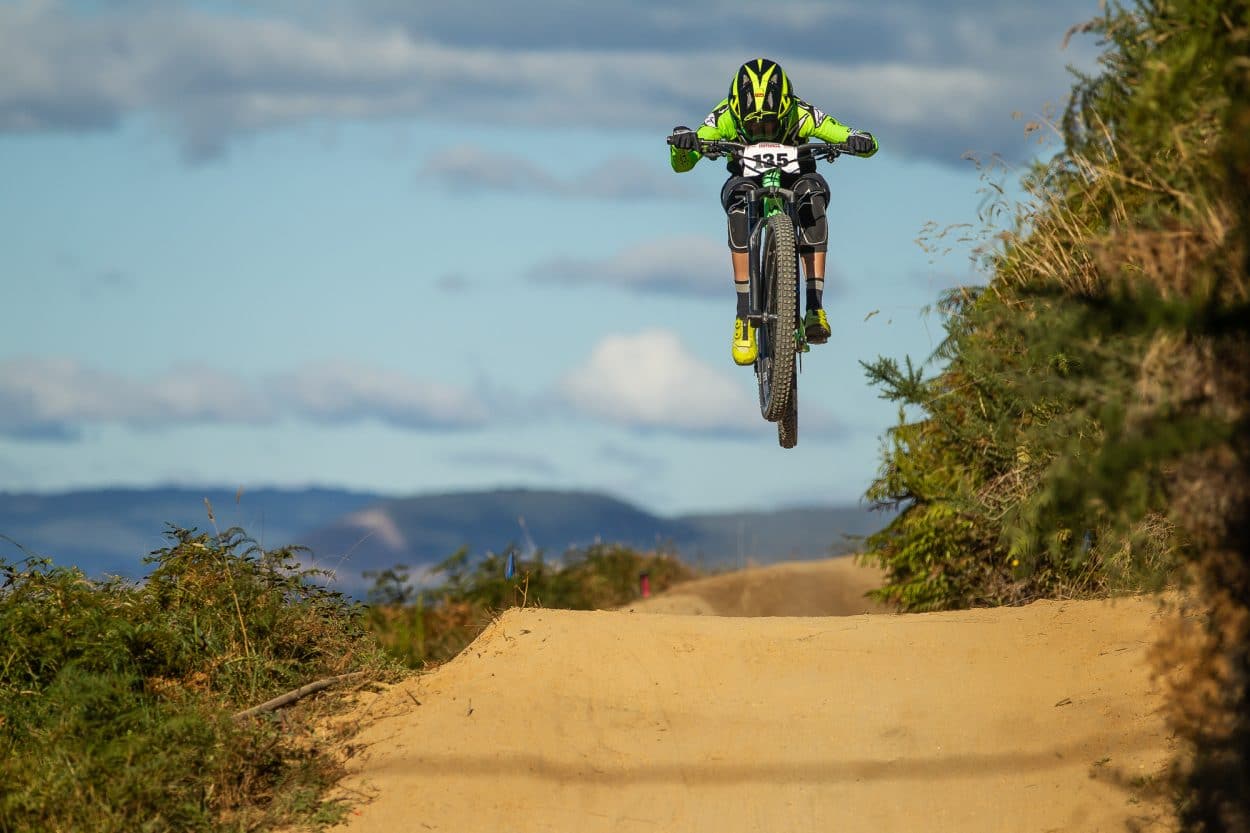 Action from the Crankworx FMBA Slopestyle World Championship, as well as the Mons Royale Speed & Style Innsbruck will be broadcast LIVE on all your devices on Red Bull TV and crankworx.com.