A collection of our favorite photos from last week's event

The official photographers at Rotorua captured some great photos of last week’s action. MBA’s John Ker went through hundreds of shots and picked out some of his favorites to create this selection. 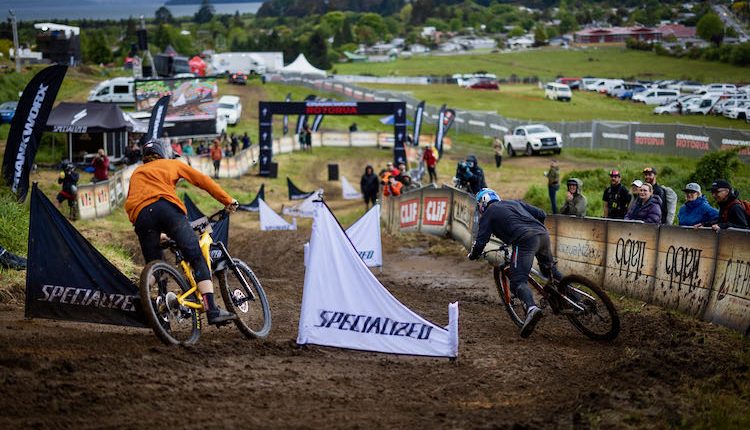 Dan Booker (left) and Brook MacDonald battle each other in the Dual Slalom event, where MacDonald took the win in the finals, his first major win since his devastating crash in a training run at Mont-Sainte-Anne in 2019. Photo by Clint Trahan 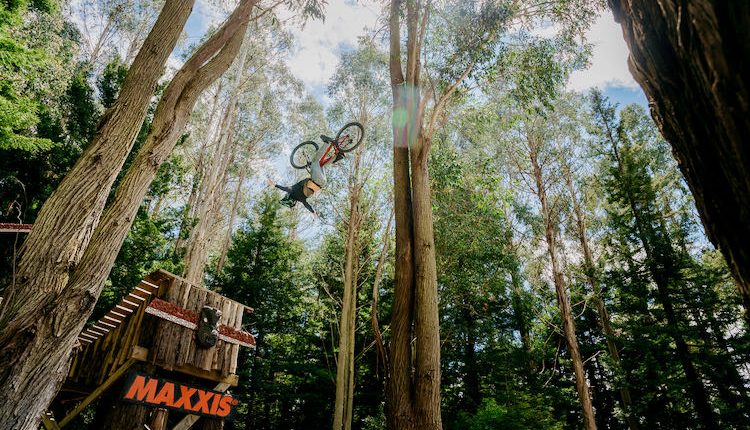 A rider does a no-handed backflip during a Slopestyle practice session. Photo by Joel McDowell 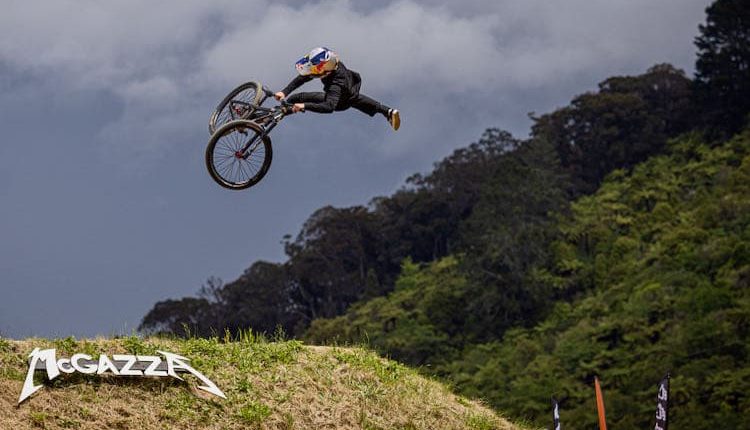 Eric Fedko showed his skills and flexibility in the Speed and Style event. Photo by Clint Trahan 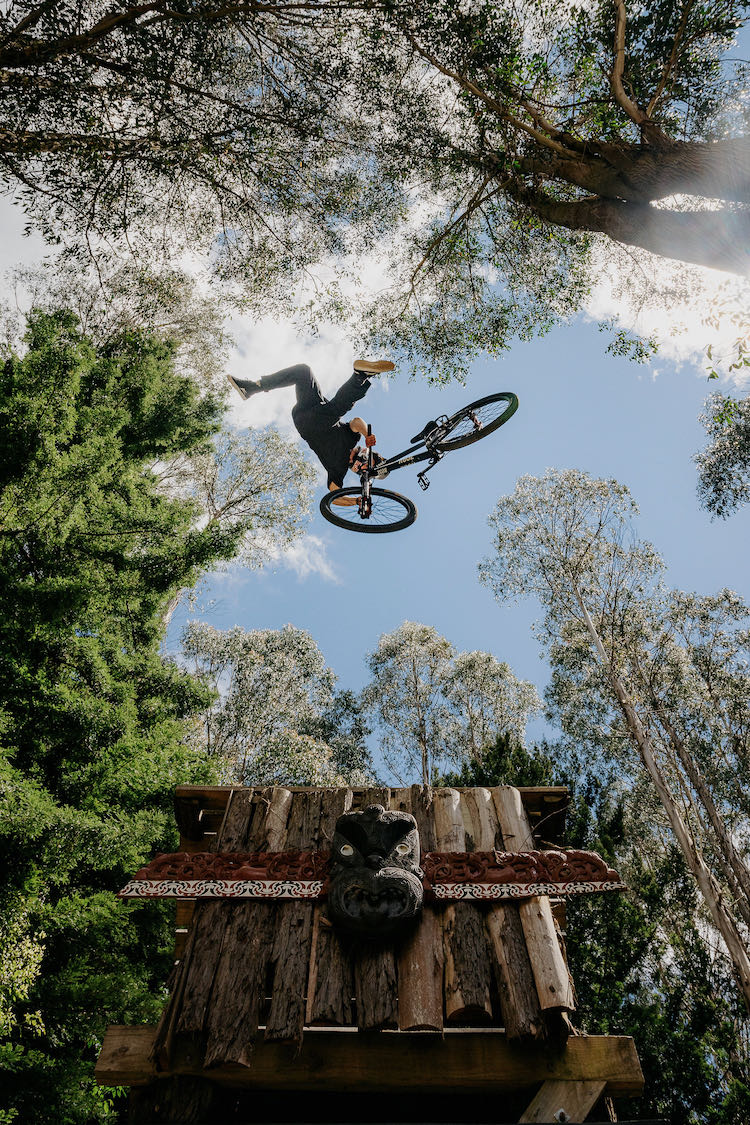 The view from the ground gave some idea of how high the riders were during the Slopestyle event. Photo by Joel McDowell 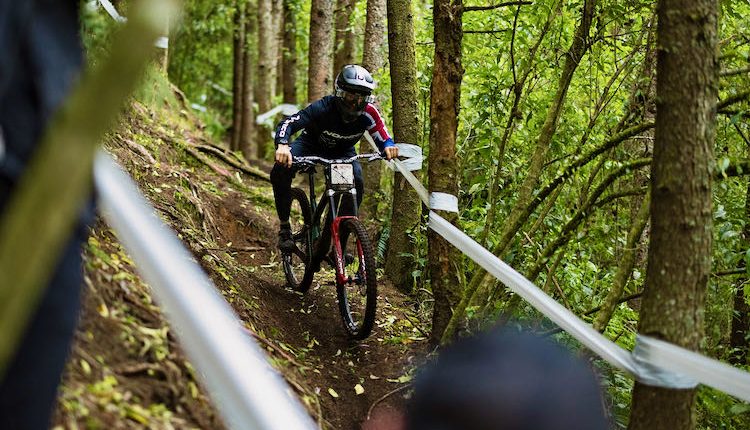 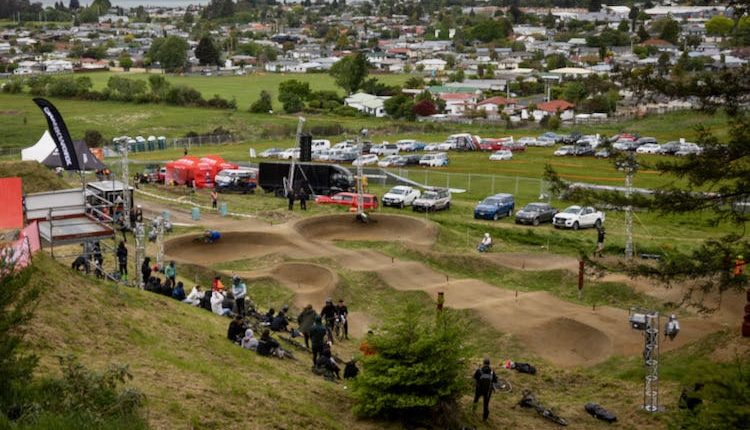 The Pump Track Challenge course at Rotorua was beautiful. No spectators were allowed at any of the events other than the competing riders, their support teams, and other key personnel. Photo by Clint Trahan 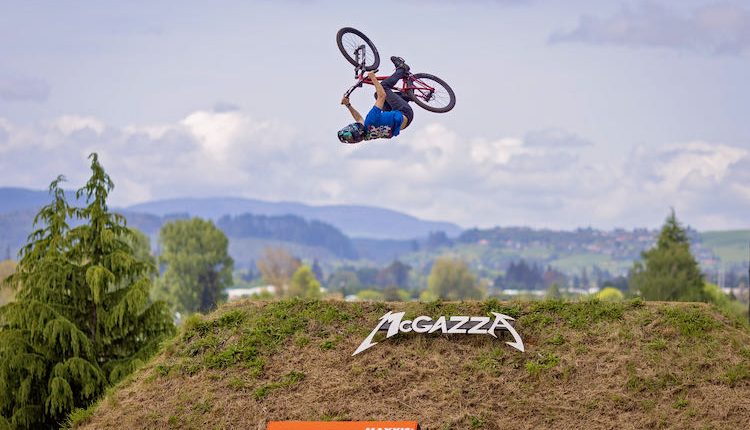 Tom Isted gets upside down during a Speed and Style practice session. Photo by Clint Trahan 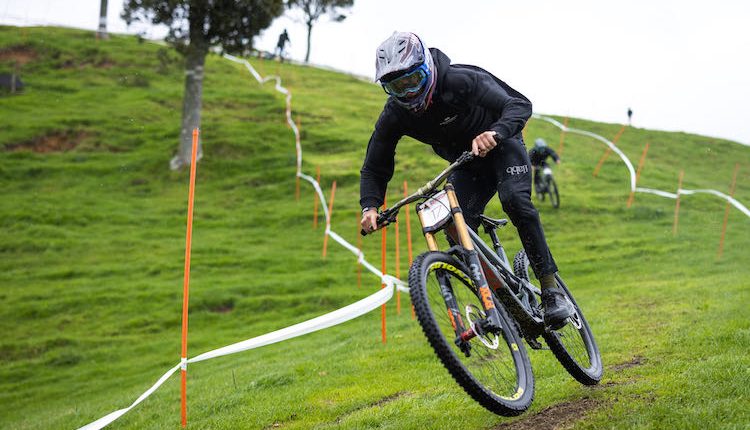 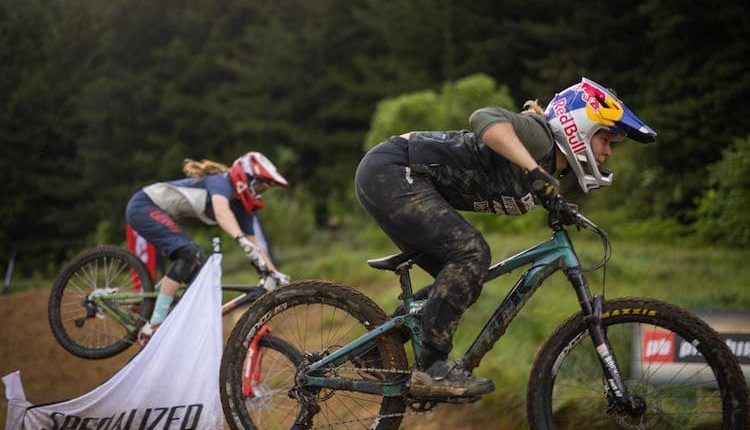 Martha Gill and Harriet Burbidge-Smith battle for the advantage in Dual Slalom. Photo by Clint Trahan 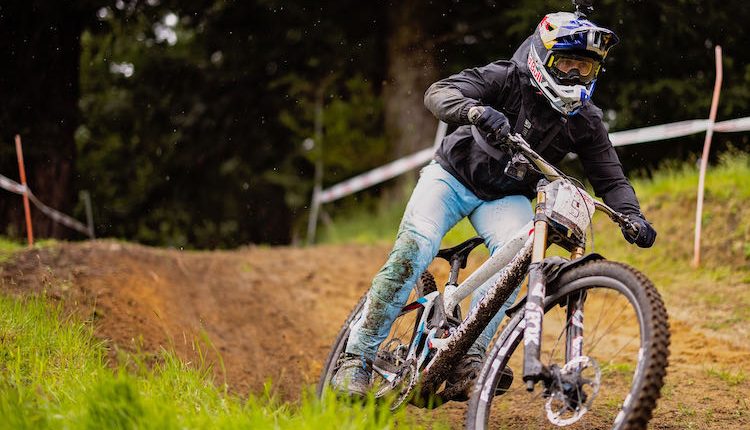 Racing both downhill (shown here) and dual slalom, Brook MacDonald looks to have made a full recovery from the two broken vertebrae that he suffered at Mont-Sainte-Anne in 2019. At last week’s Crankworx Rotorua event, Brook scored his first major win since that crash. Photo by Clint Trahan 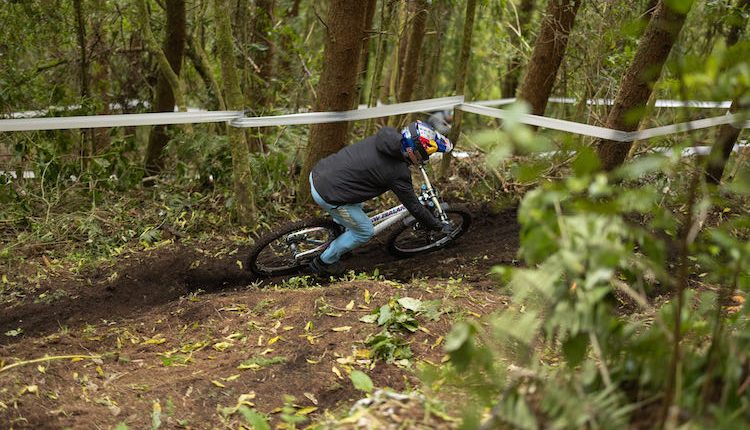 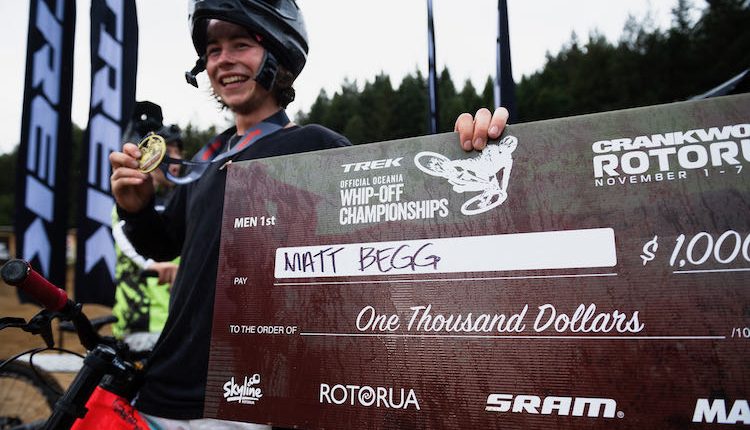 An ecstatic Matt Begg picked up $1000 for his win in the Whip-Off Championships. Photo by Jay French 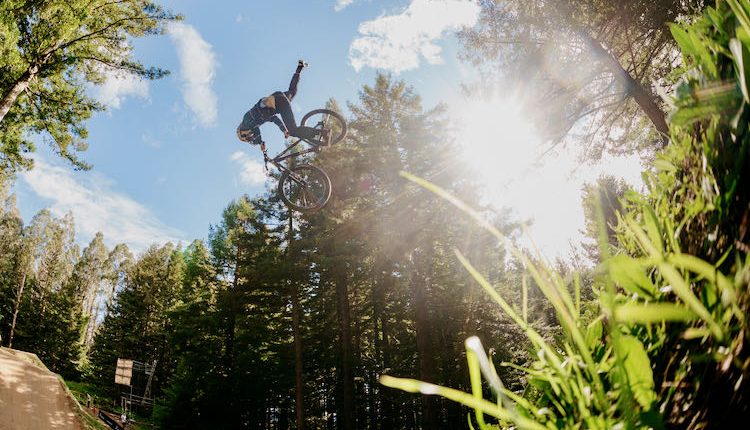 Eric Fedko, showing his stuff in the Rotorua Slopestyle. Photo by Joel McDowell 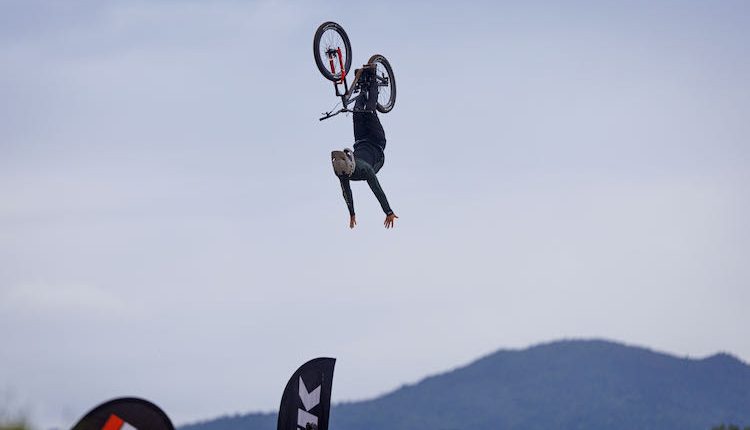