Giant Factory Off-Road Team rider Danny Hart is currently recovering from shoulder surgery and will miss the 2012 World Championships and the final World Cup race of the season. The 2011 Downhill World Champion dislocated his shoulder in a training crash in France on July 12, the day after the Air DH event at Crankworx Les Deux Alpes. 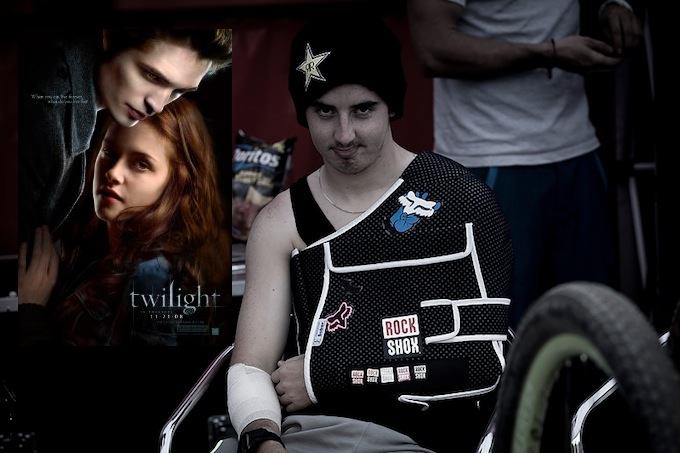 Danny looks ready to star in the next Twilight movie, but the champ is reportedly making great progress since his injury. See you back in action in ’13.

Following the crash, Danny immediately returned home to Great Britain, where he underwent surgery to repair torn ligaments in his left shoulder. He started physical therapy a few weeks ago and it appears he has already regained 70 percent range of motion.

Photo of the Day: Back on Catalina