I was only kidding around when I wrote the Mac Attack for our May issue, explains Mountain Bike Action’s Editor, Jimmy Mac, “But when I saw this report about a rash of flat tires at Sunday’s stage of the Tour de France, I got a bad feeling. I hope some knucklehead didn’t take it seriously.”

From Yahoo! Sports, UK:
The battle for the GC was put on hold in bizarre scenes on the descent of the last of three climbs, the Cat.1 Mur de Peguere, just under 40km from the finish in Foix.
A series of punctures – including three for defending champion Cadel Evans – brought about a truce on the front of the main peloton from the Sky team of race leader Bradley Wiggins.

Race commissaires later confirmed that a number of thumb tacks and pins had been found on the road. “One or two spectators had thrown nails onto the road. We don’t know why, but there were around 30 punctures altogether,” said race director Jean-Francois Pescheux, who confirmed that the sharp carpet tacks had been thrown onto the ground around 200m from the summit. 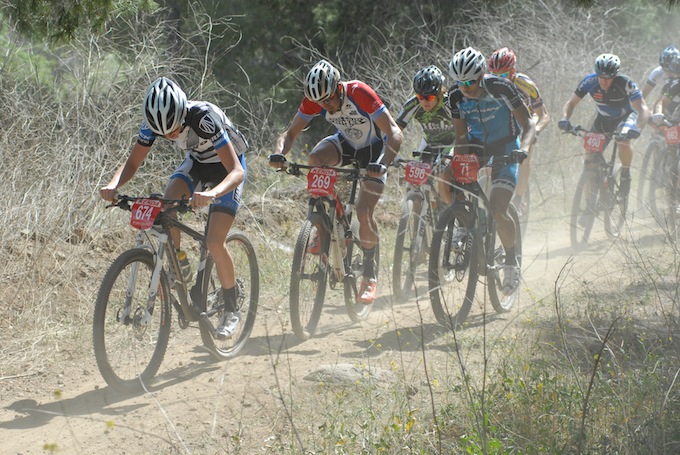 The May Mac Attack:

High Stakes Bring Out The Snakes

The manila envelope arrived at my desk and there was no return address. Pouring the contents onto the desktop revealed a micro cassette and a handwritten note. The note read, “Mac, you have to listen to this. It was secretly recorded at our team meeting before last year’s finals. Things have gotten out of hand. I hope you’ll know what to do. And, Mr. Mac, be careful.”

The last line gave me the creeps; I considered throwing the envelope and its contents into the trash. Ultimately, curiosity beat out logic. I had to hear what was on that tape. In this digital age it was impossible to find anyone who still had an analog tape player, so I had to go buy one. It was late by the time I made it home. I headed to the living room, put the tape into the new micro cassette recorder and slipped in the earbuds. Sitting in my favorite chair in the dark, I hit the play button.

The recording had a lot of ambient noise, but it wasn’t hard to interpret what the team manager was saying to his riders. I could say that I was surprised, but honestly, I wasn’t. I’ve always suspected that this stuff goes on. Only now I had the proof to back up my suspicions.

“Okay guys, settle down and let’s get this meeting going so we can all get out of here and to bed. The championship is less than 12 hours away, and I want you guys rested and ready.

“I don’t have to tell any of you that we’ve had a marginal season at best. A few podiums but not a single victory. A lot of closes, but no cigars. Our sponsors are on the fence about next season. It really all comes down to tomorrow, guys. We need this win in a big way.

“Maybe it is my fault. I’ve been the nice guy all season. Well, no more Mr. Nice Guy. Starting tomorrow, I don’t want to see parents, relatives, wives, girlfriends, kids or hangers-on inside the team area. I’m serious, guys. No outside distractions. Leave it to me to corral the sponsor VIPs and the press in the hospitality area. You can kiss your loved ones and get quoted for the story [after] you win the race. Only mechanics, masseuses, doctors, nutritionists, acupuncturists, chiropractors, riders and the shaman are allowed in the team area tomorrow. No exceptions.

“Next, I don’t want any of you guys adding weight to your race bikes by carrying a spares kit. Tomorrow, it is win or go down in flames trying. Now you didn’t hear this from me, but a source has told me that spare tubes, multi-tools and CO2 inflators have been seen strategically located around the course. Coincidently, these items were placed to the right of the bright yellow ribbons that mark the course.

“Okay, I want you guys to meet a new temporary team member. Let’s just call him Roadblock. Roadblock will be wearing the same ugly pink jersey tomorrow that you see him in right now. Now listen up. This is crucial. George, are you texting somebody? Really? Shut that thing off before I rip it out of your hands and smash it. Next guy caught texting gets fined. Guys, this is serious stuff. Okay, where was I? Yeah, Roadblock. You want to be in front of Roadblock before the course heads off the road onto the singletrack climb at the 1.8-mile mark. If you are behind Roadblock when he hits the singletrack, your day is over. Maybe your career. Let’s just say that I think there is a good chance for a giant bottleneck at the beginning of the first climb tomorrow. Don’t get caught behind it.

“The promoters have done an admirable job laying out this course on such a small parcel of land. To do that, they had to add a lot of twists and turns. If a rider were to mistakenly turn left where the course veers right, he could end up on the course again, cutting two or three minutes off his lap times. In one section, such a [mistake] eliminates a tough little climb. I’m passing out a map that clearly marks where these [mistakes] could be made. We will have team personnel at each of these areas during the race, and if nobody else is in the area, they will point out the wrong turn to make sure you don’t make it. If they don’t point, that means somebody else is watching. Get it, fellas? If he doesn’t point, somebody else could alert you of your mistake.

“Okay, a couple more important items and we’re done. I expect a few of you to be in the lead group, or near it, on the last lap. Do not take the favored line to the left of the rain rut the last time up the climb. There is a good chance that riders who take that left line will suffer punctures from metal shavings and glass shards.

“Finally, we’ve got to win this thing. If it comes down to you and another rider, be aware that the team has been able to put aside a little slush fund of $1800 for just this type of scenario. If you find yourself in a two-up situation, you have my permission to negotiate for the team with the other rider. And for Pete’s sake, don’t start with the $1800 amount. Start with $500 and work your way up if necessary.

“Guys, nobody likes resorting to these tactics, but our team is at stake here. We have to win this thing or you’ll all be on your own next season. So go hit the hay and be rested for tomorrow’s big day. It’s been great working with you guys this year, and I’m confident that by tomorrow night we can have this all behind us while we celebrate the winning of the Masters 55-59 District Championships. Now go hurt their legs!”

Which Maxxis Tire is Right for You?