Hard-core mountain bikers in the ’90s tended to thumb their noses at downhill riders. Mountain bikers bragged that they were self-contained, efficient, backcountry travelers, while the downhillers needed gravity to get down the hill, transportation to get up the hill and full-time mechanics to keep their complicated machines in one piece. That’s hardly true today, as the downhill racers on the World Cup circuit are some of the most finely tuned athletes we know of; however, 20 years ago, downhill bikes were essentially engine-less motocrossers that could barely be pedaled on level ground. These are the gravity machines of that era that ruled the chairlifts. 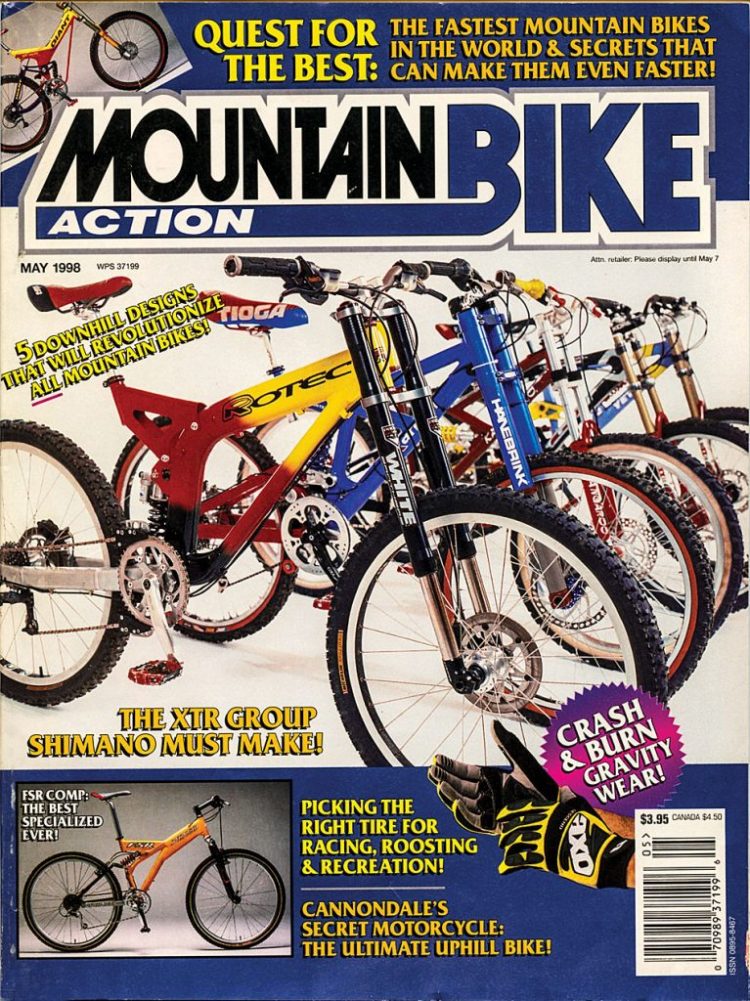 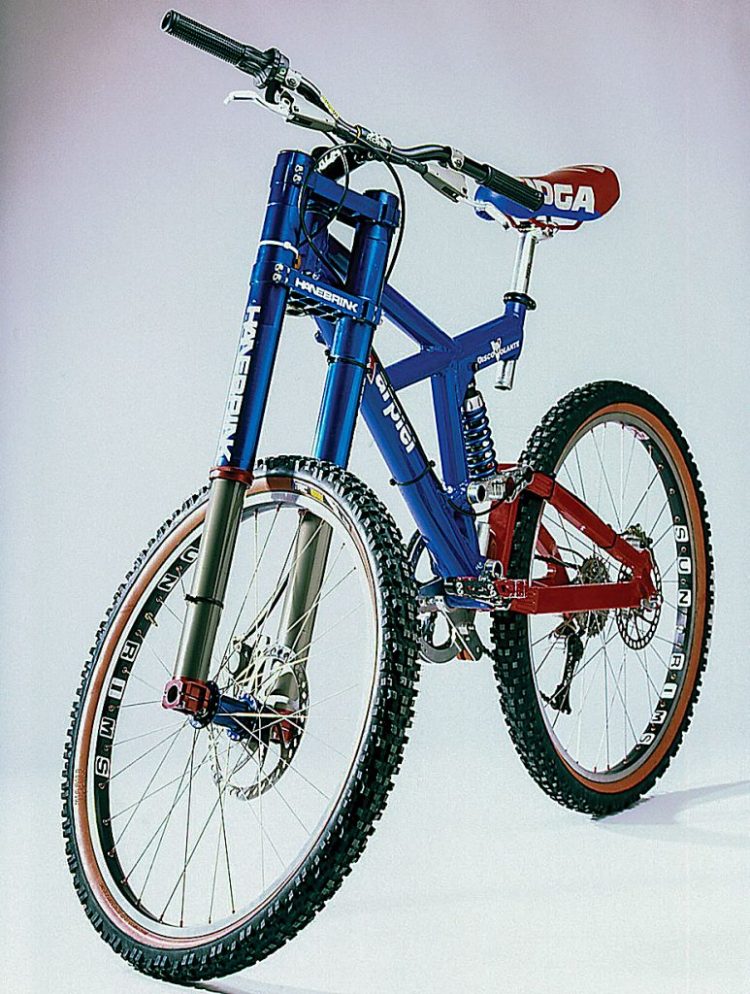 Karpiel Disco Volante: Jan Karpiel was an eccentric designer with a taste for the bizarre. His Disco Volante was likely his biggest hit and came with tons of travel via a dual-sus- pension linkage and a Hanebrink fork. The bike also came with a Stratos air shock, Sun Rhino Lite wheels, IRC Missile tires and Kooka downhill cranks. If you don’t recognize any of those parts, you don’t know MTB history as well as you think. 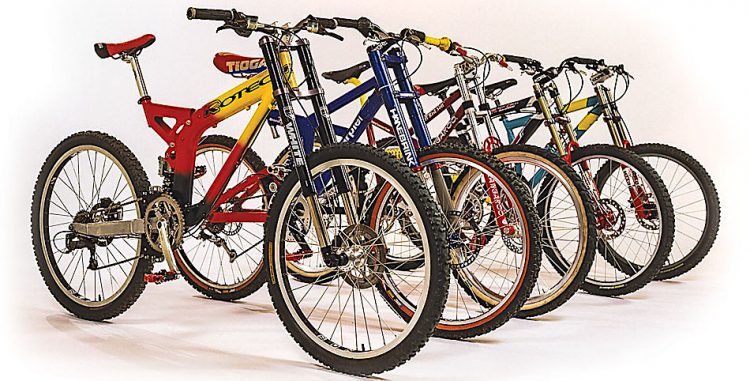 The 1998 Downhill Special: What the bad boys ride and why it affects us all. 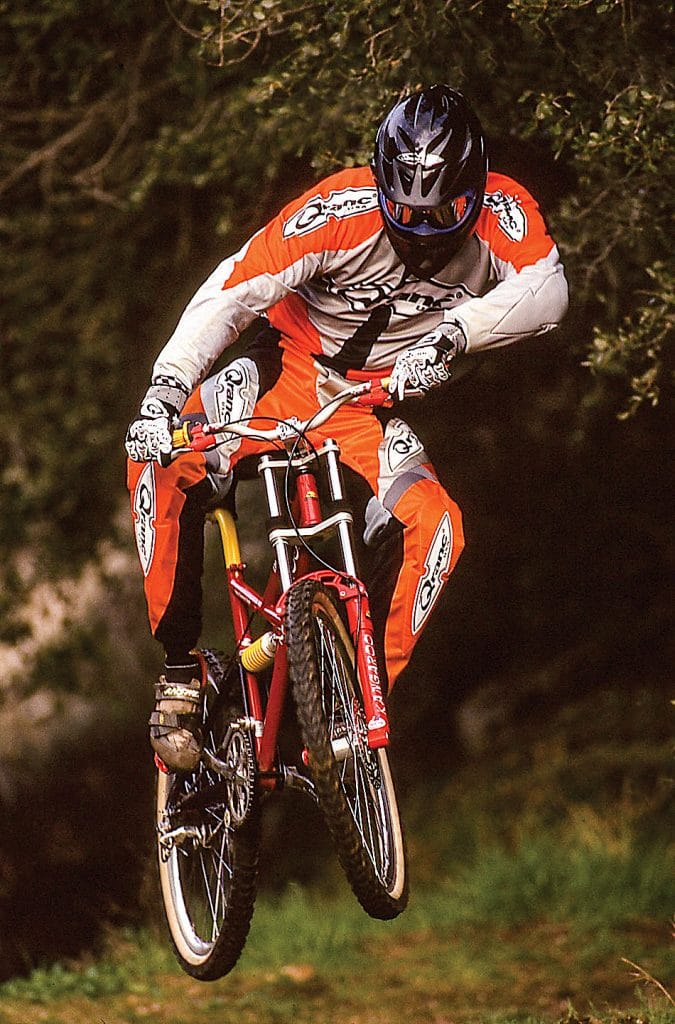 Kangaroo Red Soil: This was the perfect bike for the privateer who could not afford to miss a race. It was simple and reliable, with a single-pivot suspension design sporting a whopping 4 inches of travel. It also came with a 68-degree head angle and a roomy cockpit that we said could “bob, weave and whang all over to negotiate a downhill course.” Test pilot Sean McCoy. 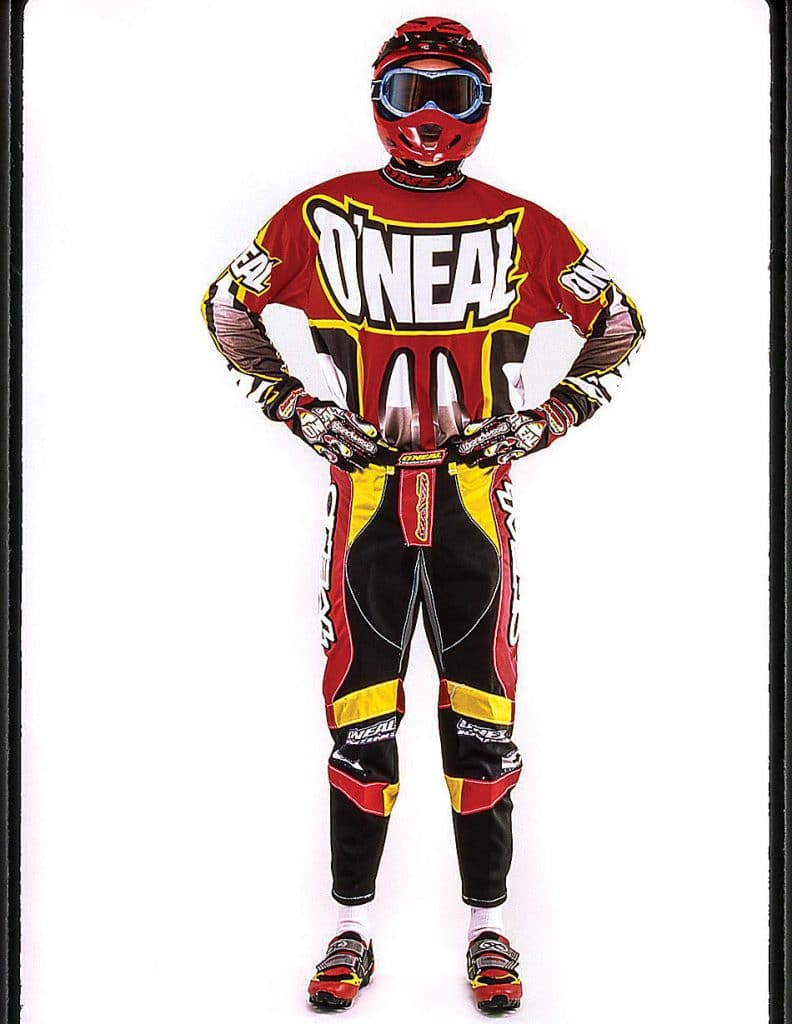 The gear: O’Neal outfitted our riders with the gear for our downhill testing. It included plenty of padded garb that would soften the impact of the inevitable get-off. The kit included a Qranc QamaQaze helmet, Zeal Rapt goggles and Answer Accelerator shoes.