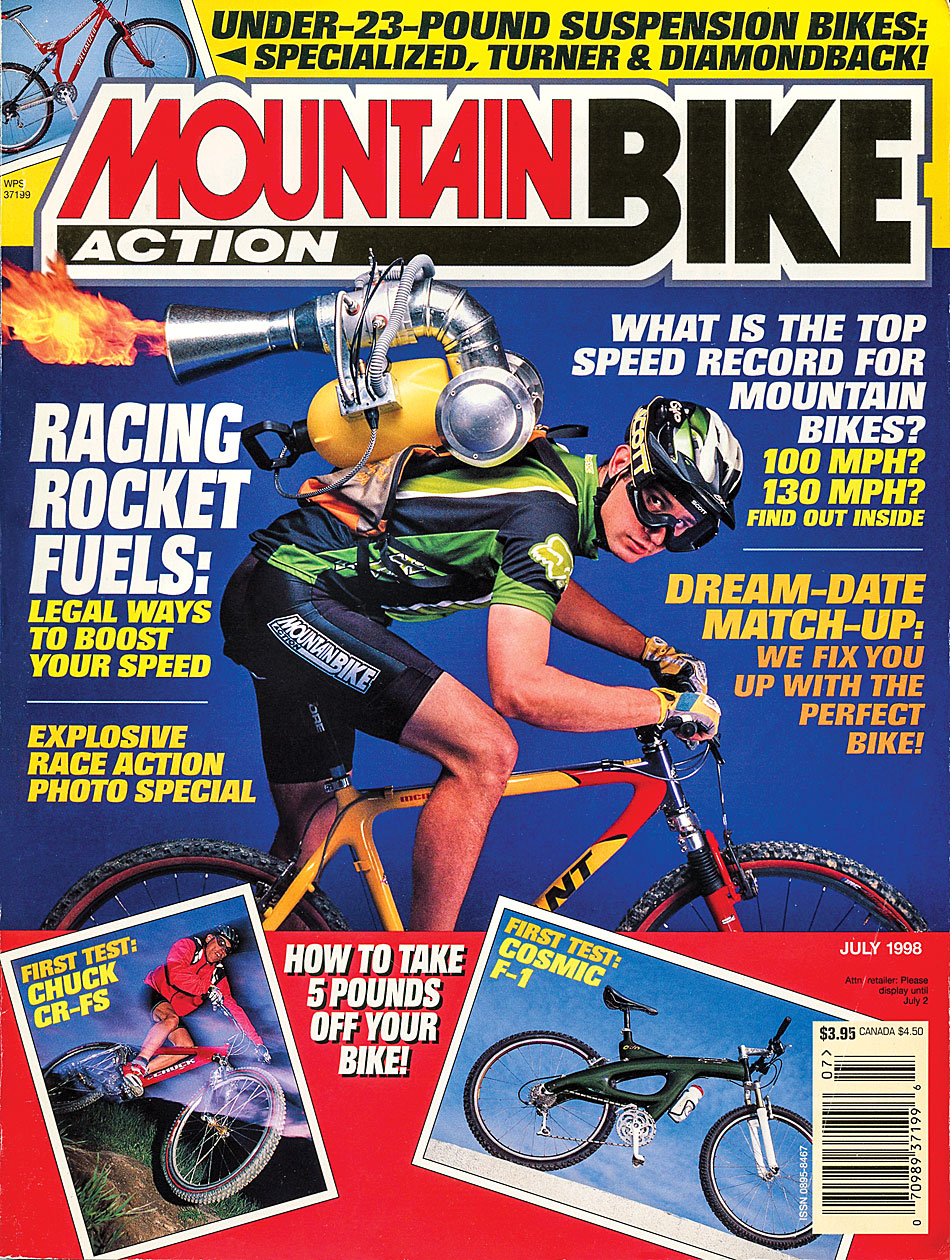 Our July 1998 issue featured one of our most unusual covers. Tim Olson wore the rocket engine that editor Richard Cunningham created in his workshop. Richard said he built the contraption so that it would actually work. We never tested his claim. If anything went wrong, we didn’t want to risk the chance of having it burn down the building.

To pull off the shot, we had Tim Olson hold his position steady in our downstairs studio for the two stages of the photo. Then, we turned off all the lights and MBA’s John Ker fired the camera, triggering the studio flashes. Then, for the second part of the exposure on the same frame of film, Richard stepped in behind Tim (with the lights still turned off) and fired a home-made flamethrower to produce the flames that would complete the picture. Once we got the roll of film back from the lab, we showed it to publisher Roland Hinz, who liked the shot so much that he selected it for that month’s cover to go along with an article on “Racing Rocket Fuels,” which dealt with the possible benefits and potential risks of using natural health supplements to fuel one’s mountain bike racing efforts. 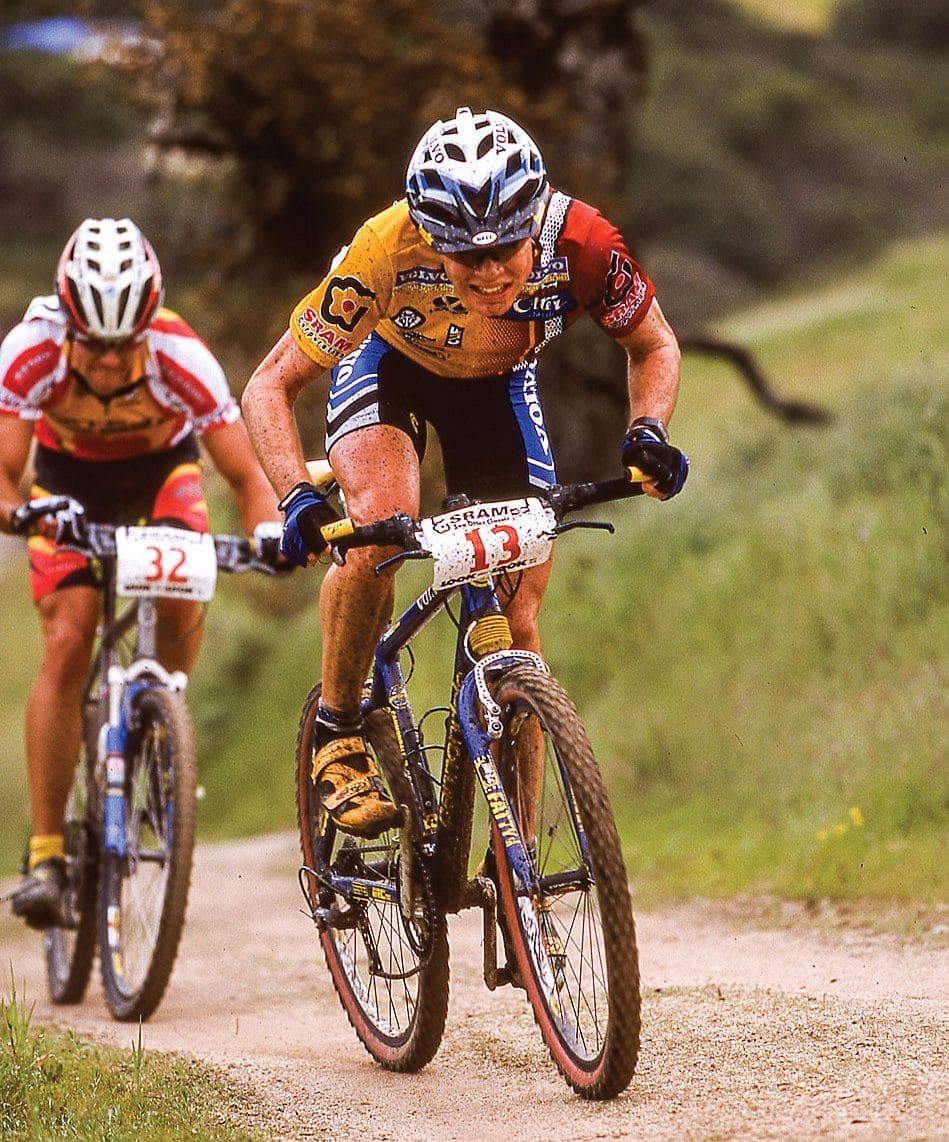 On the way up: Australia’s Cadel Evans raced the Sea Otter Classic in 1998. After winning the World Cup cross-country titles for 1998 and 1999, he moved on to racing road bikes, going on to win the Tour de France in 2011. 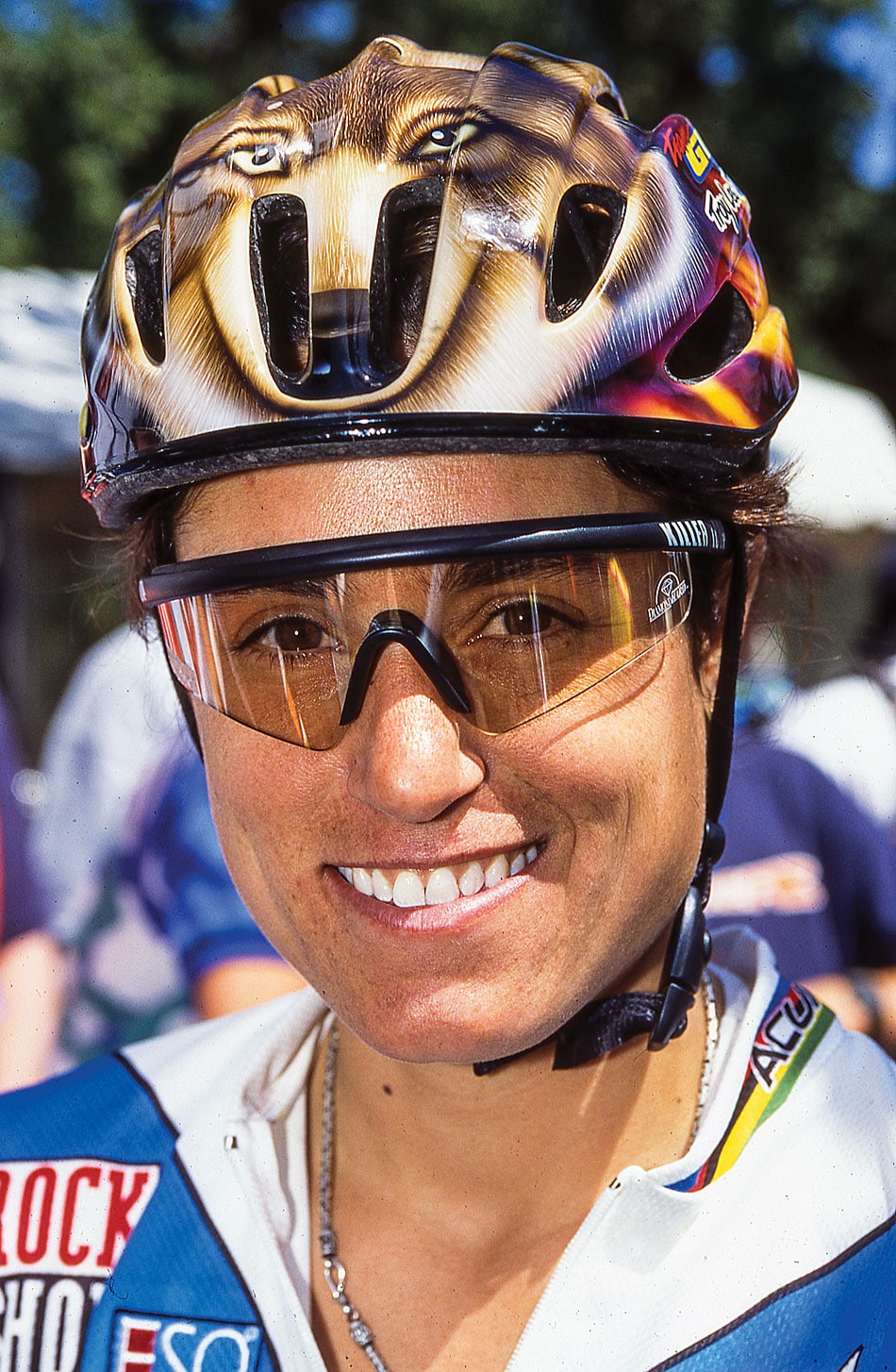 Juli Furtado: Santa Cruz Bicycles named its Juliana bicycle line after her. She won the UCI World Championship titles in both cross-country (1990) and downhill (1992) and is the only rider in history, male or female, to do that. Juli also won three straight UCI World Cup cross-country titles from 1993 through 1995. 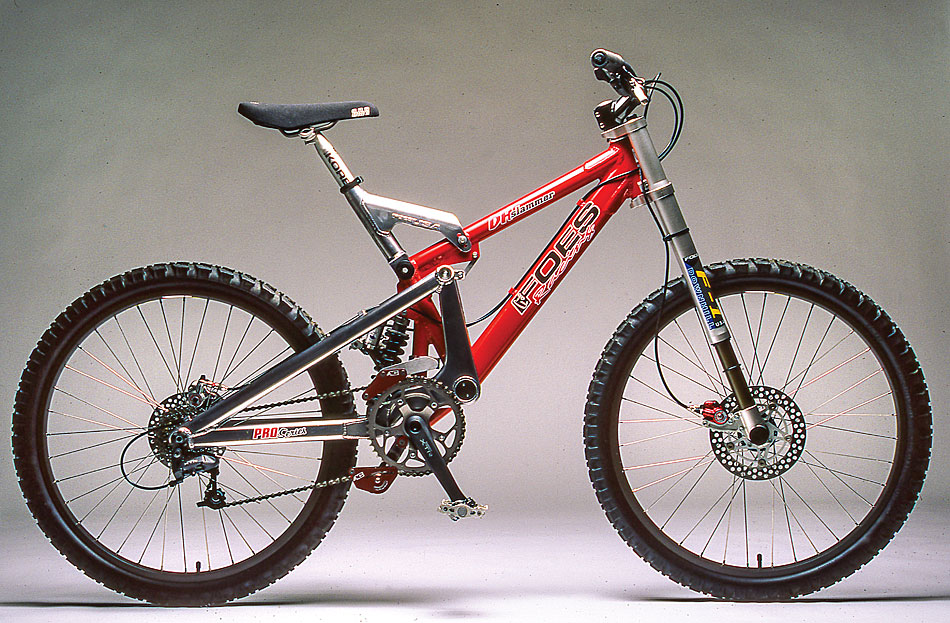 Long-travel: The Foes DH Slammer was considered one of the top downhill bikes of the era. It boasted 6.5 inches of travel in the front and 8 inches in the rear. 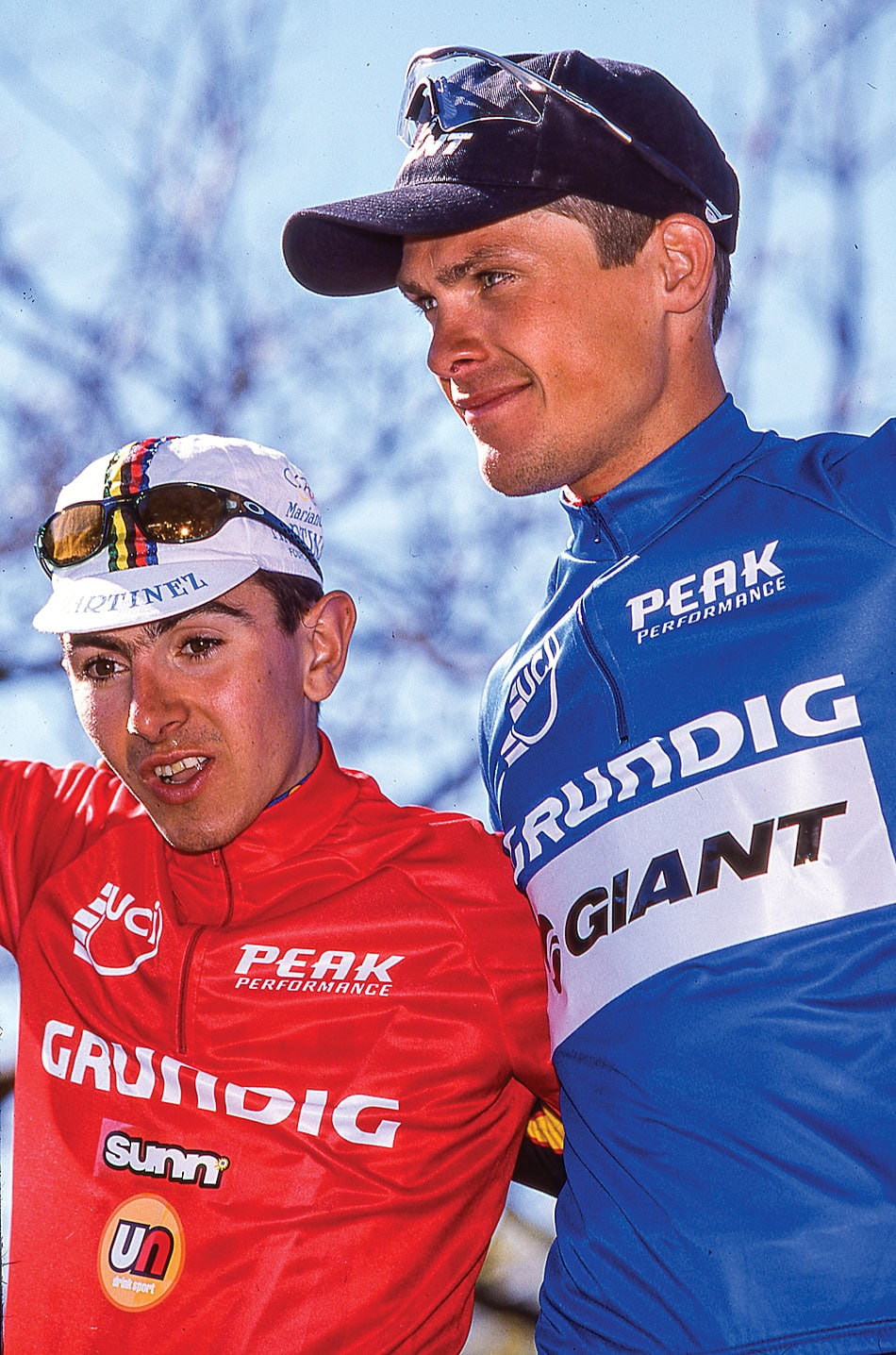 Top men: Miguel Martinez (left) and Rune Hoydahl (right) were two of the top stars of cross-country mountain biking in 1998. Martinez won the men’s XC World Cup titles in both 1997 and 2000, as well as the Olympic gold medal for 2000. Hoydahl won five straight World Cup cross-country races in 1995, but never took the title. Hoydahl is the only elite-level rider besides John Tomac to score World Cup race wins in both downhill and cross-country. 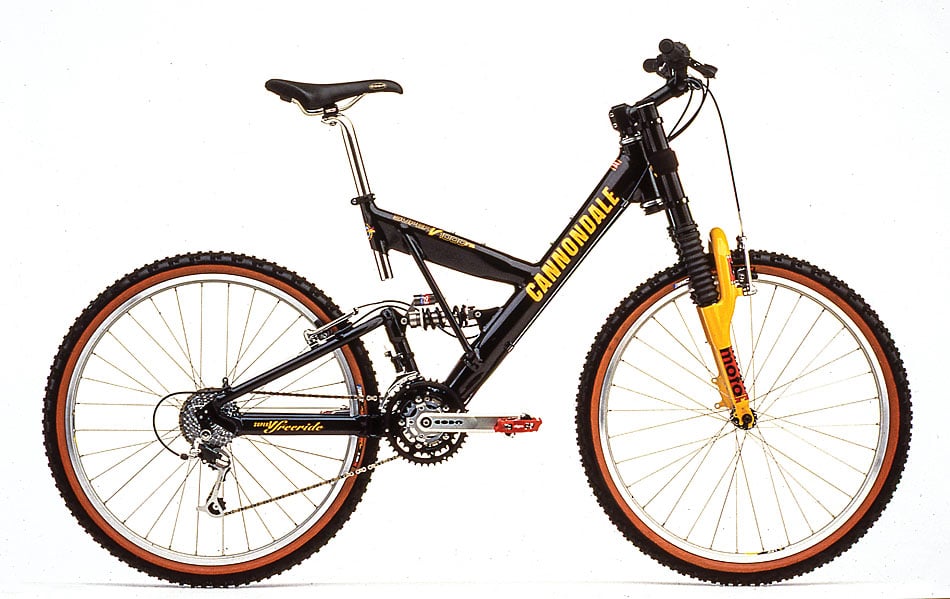 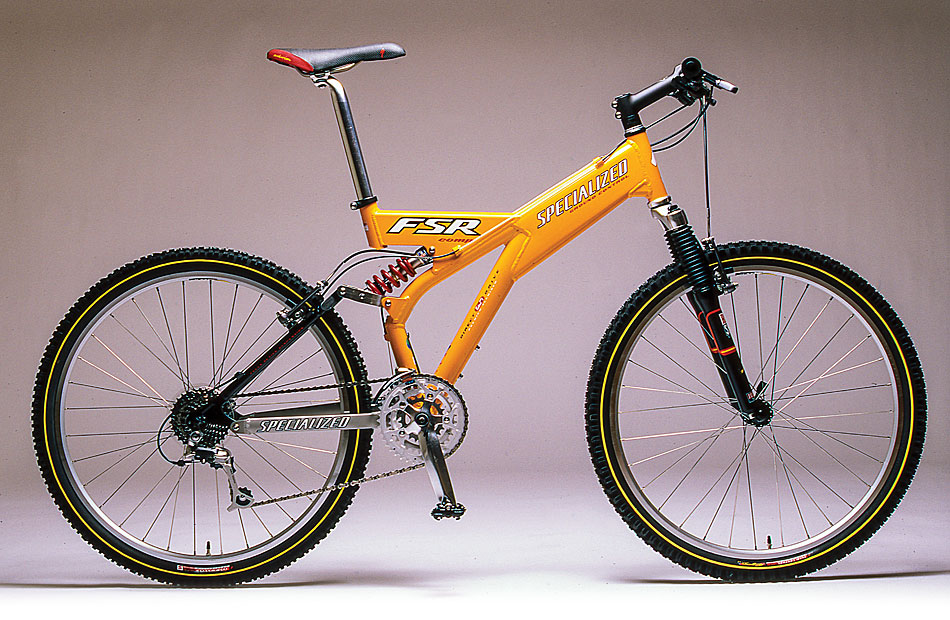 Specialized FSR Comp: It would take 10 more years before a top male cross-country rider—namely, Christoph Sauser— would win the UCI World Championship on a full-suspension mountain bike (a Specialized Epic). Nevertheless, Specialized was already working towards that goal in 1998. Their top-of-the-line FSR bike weighed just under 24 pounds in 1998. 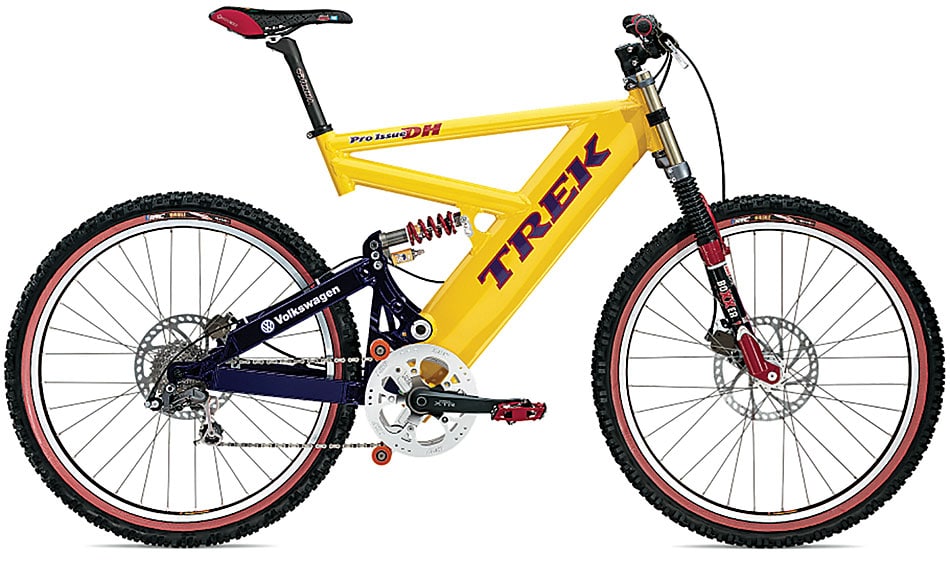 The Y-bike era: Trek’s Pro Issue DH bike was one of the most unusual-looking downhill bikes of 1998. They’re collector’s items now. Trek reportedly only made 100 of them. Australia’s Scott Sharples raced his on the UCI downhill circuit. Though he didn’t win any World Cup gold medals on the bike, he did earn a silver medal in Big Bear, California, and a couple of bronze medals elsewhere. 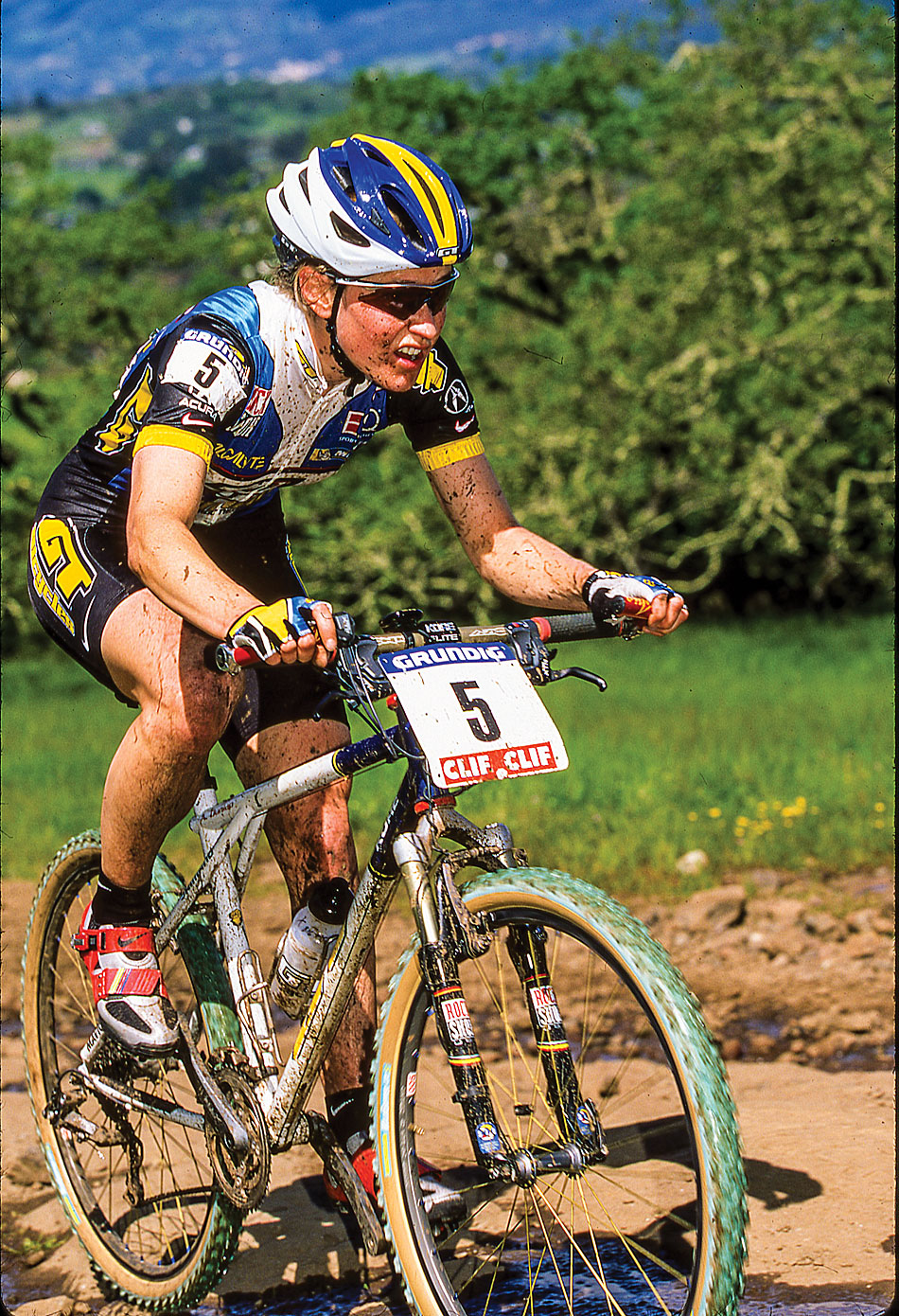 America’s best: Alison Dunlap was one of America’s top cross-country stars in 1998. She’d win the UCI World Championship in 2001 and the World Cup series title for 2002. She is the last elite-level cross-country rider from America, man or woman, to earn either of those honors.