Down The Trail: An American Shootout

In the February 1996 issue we chose to feature a “Shootout Special” that took a look at two bikes that tout- ed the coveted made-in-the-USA label. The MBA crew decided it was time to wave the American flag and gather up Schwinn’s and GT’s high-end, full-suspension bikes and hammer them in a head-to-head shootout. The bikes we chose were the Schwinn Homegrown XT and the GT LTS-1, both of which performed flawlessly throughout our testing period, proving that off-the-shelf, fully suspended mountain bikes had finally come into their own. 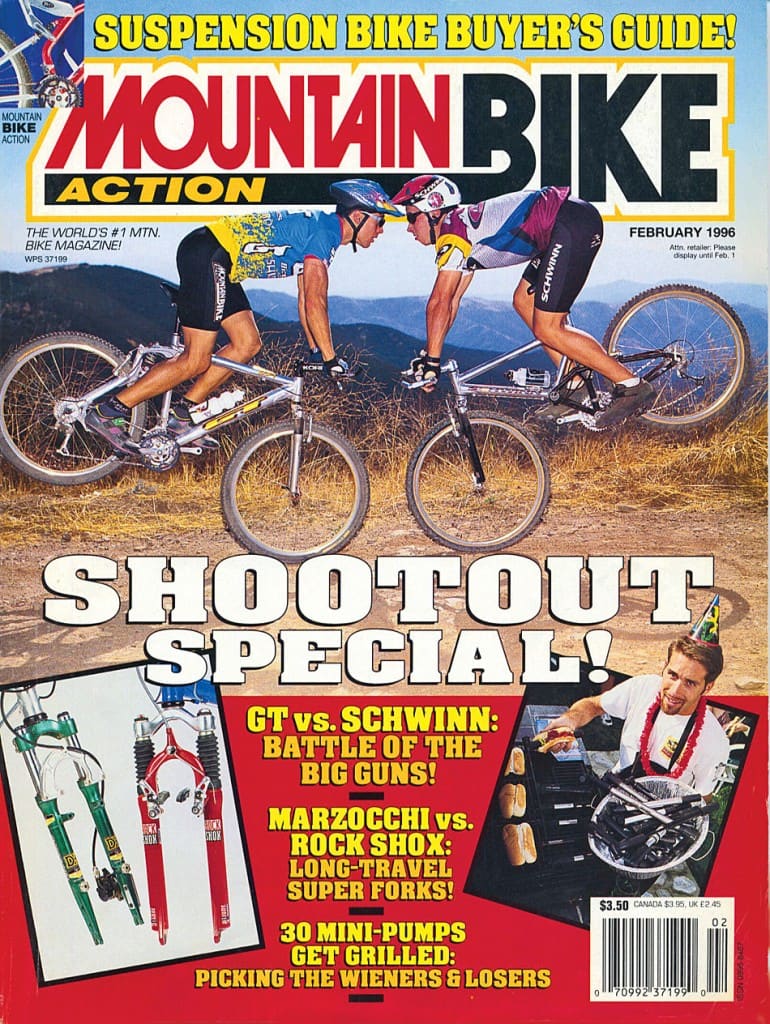 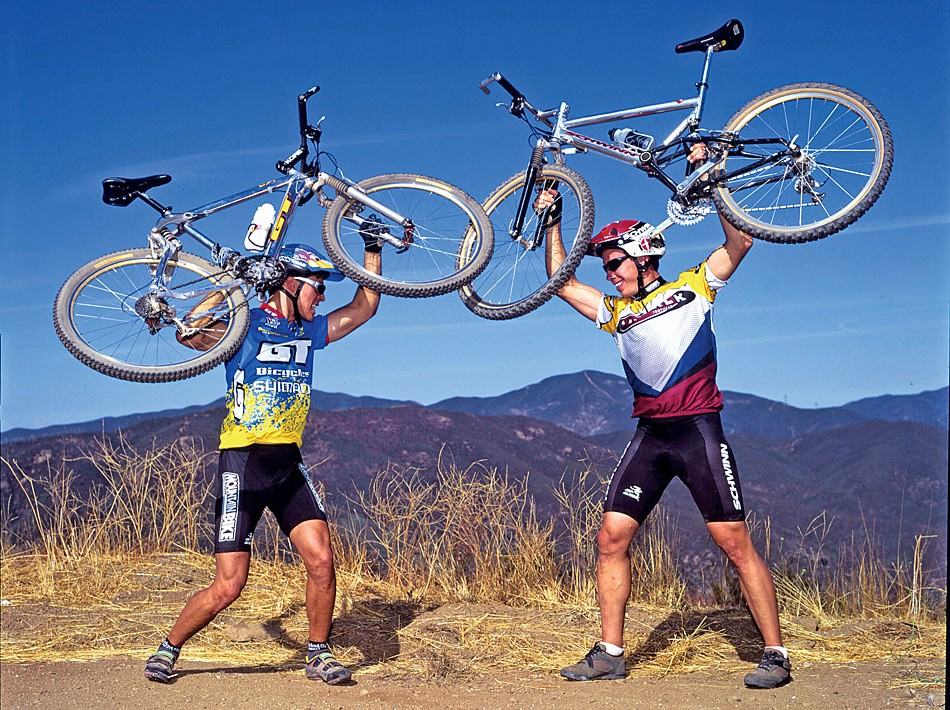 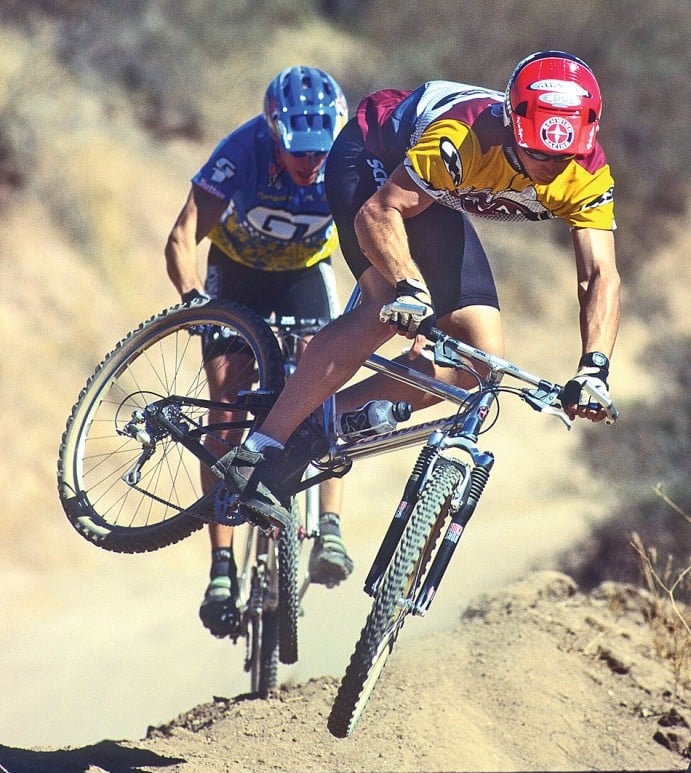 Into the valley of death: Schwinn’s Homegrown was easy to ride down steep and rough descents. Its centrally located swingarm pivot caused the rear suspension to activate when the fork was overtaxed. The Homegrown could level some gnarly terrain, as long as the rider could keep a light touch on the bars. 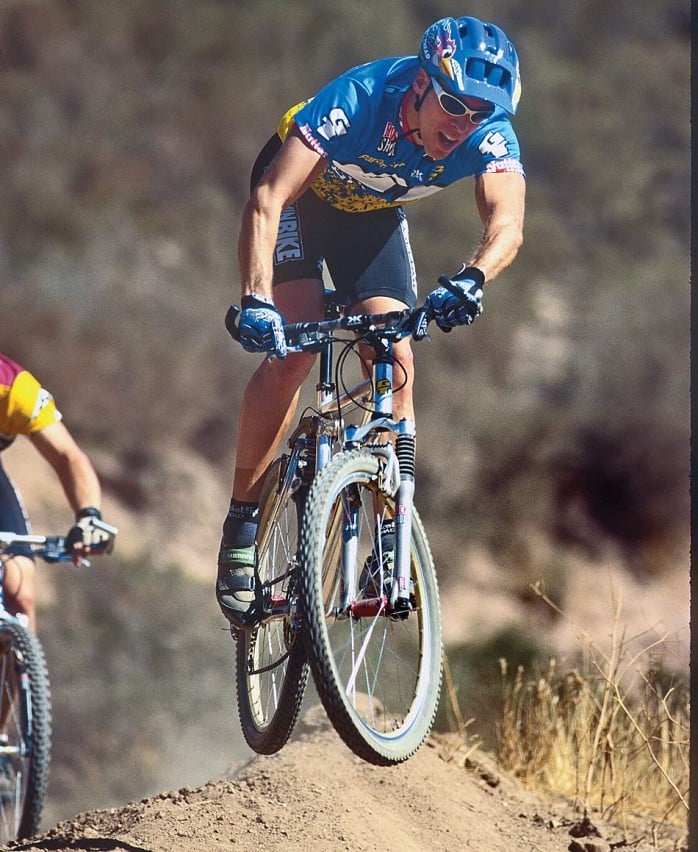 Attack style required: GT’s hardtail roots were reflected in the LTS’ handling, which placed most of the rider’s weight over the front end. To keep the bike’s “tail from wagging” on rough descents, the test riders had to compensate with a decidedly rearward body-weight shift. 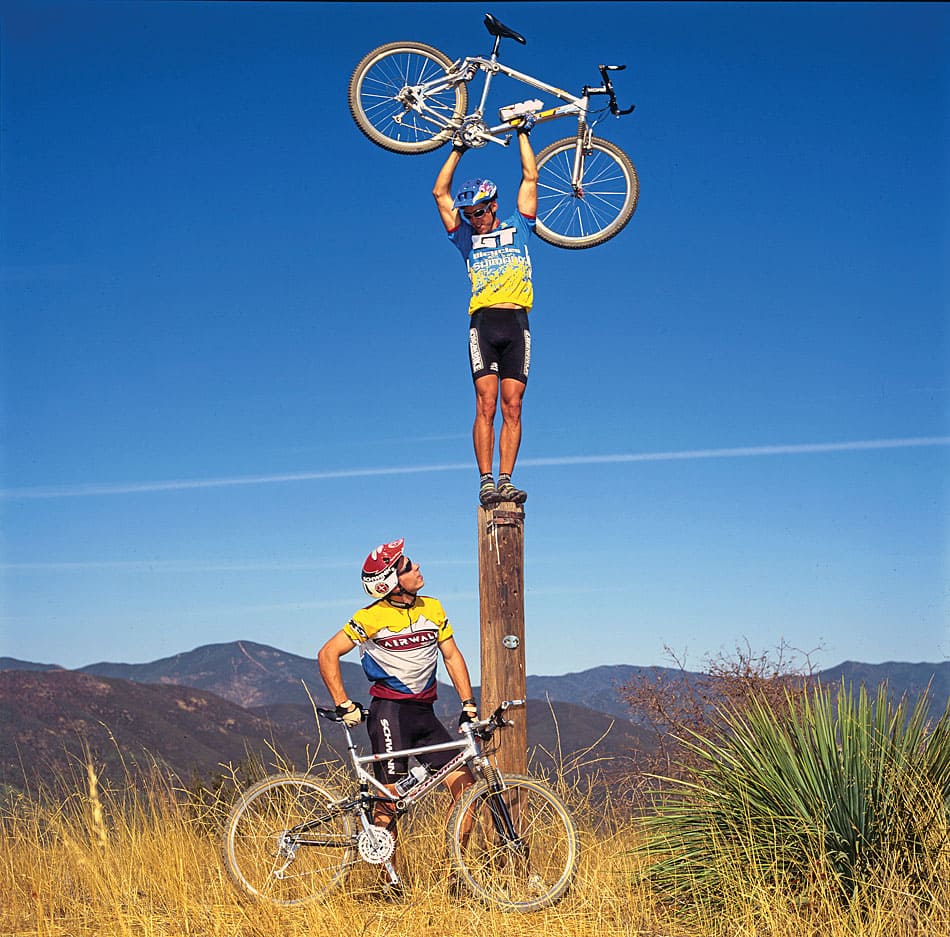 The winner is declared: The MBA test put the GT’s linkage ahead of the Schwinn’s, but not by much. Both the Schwinn and GT delivered truly race-worthy performance for the time, but the MBA crew chose to give the nod to the GT for its more balanced and aggressive ride.

“Fruit-Booting” On The North Shore? Really?

McCoy
Mountain Bike Action is a monthly magazine about mountain biking that includes in-depth tests of mountain bikes…
Prev Next 1 of 2,229