DOWN THE TRAIL – GETTING “RAD” FOR THE CAMERA

GETTING “RAD” FOR THE CAMERA

Mountain Bike Action has been in the game longer than any other mountain bike publication out there. We invented the bike test, and it’s one of the ingredients in our recipe that’s endeared us to our readers. We’ve tested thousands of bikes over the years and photographed each one along the way. Our resident photographer, John Ker, knows how to get the most from our test riders, even if he doesn’t get it on the first try. There’s a reason we call him John “One more time” Ker. He’s always after the most “radical” moment of action when photographing any of our bike tests and, for better or worse, has created the unique MBA style we’ve come to know and love. These are a few outtakes from the bike photos that appeared in our December 1996 issue. 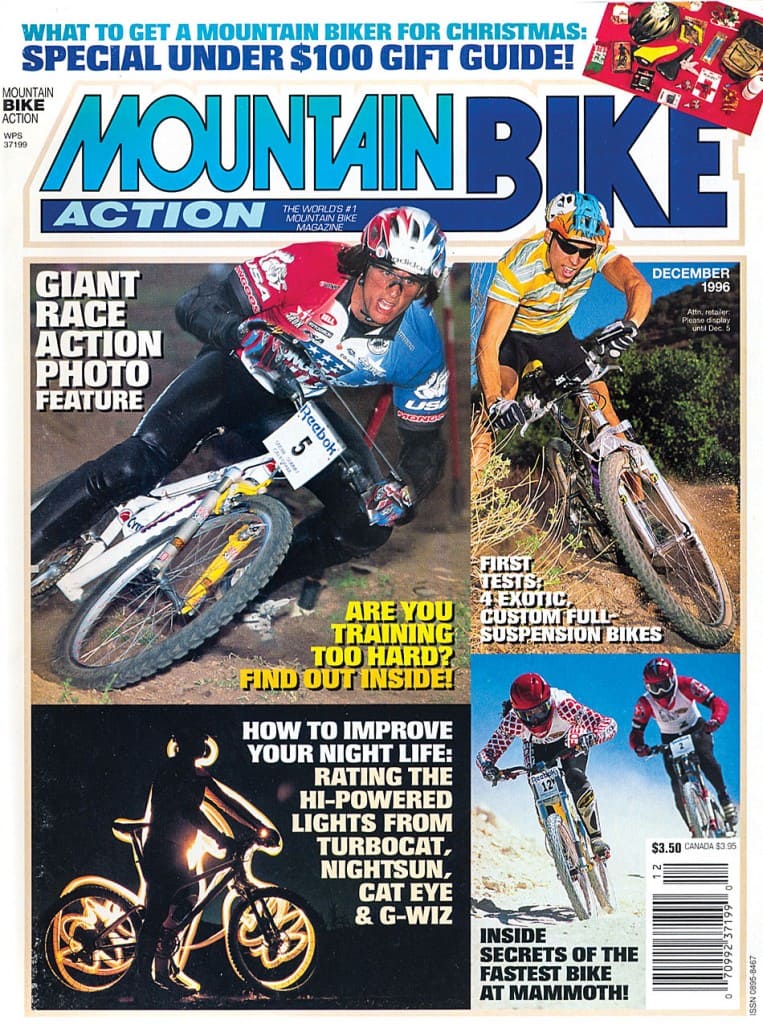 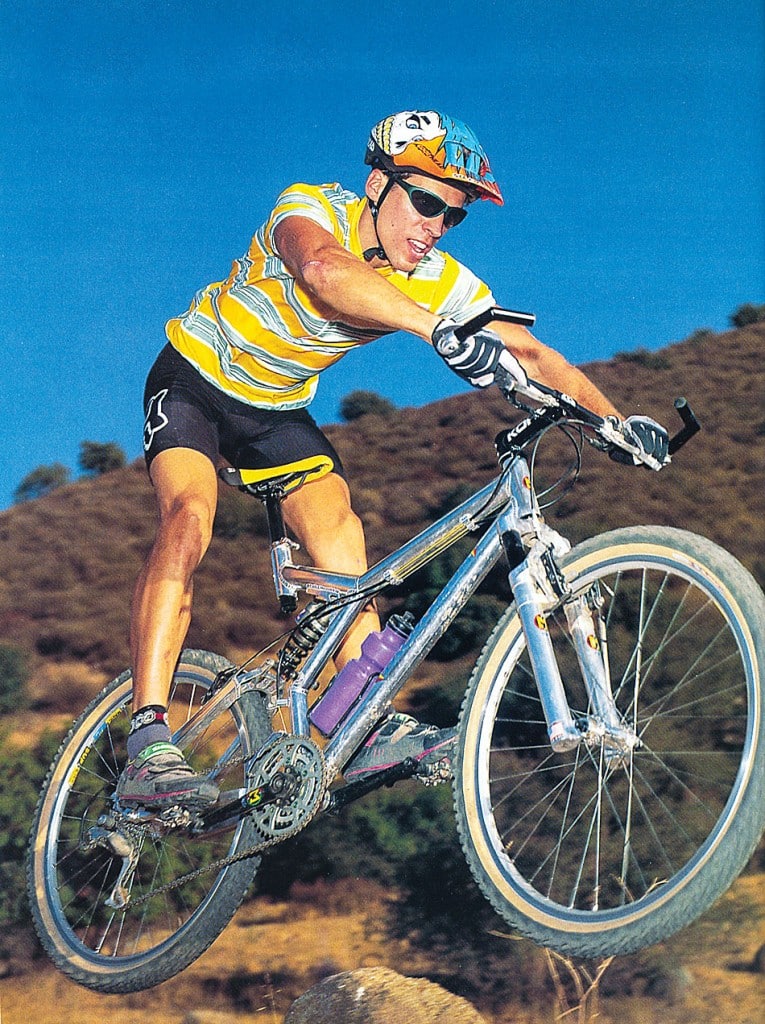 McMahon Boomshaka swing link: McMahon Cycles was always surfing the technological mountain bike wave. When titanium bikes reigned supreme, Steve McMahon’s frames were among the best you could buy. When CNC components emerged, McMahon offered a full lineup of whittled brakes and other anodized must- haves. In 1996 it was suspension bikes McMahon focused his energy on. The Boomshaka sported 2.75 inches of rear-wheel travel with a swing-link suspension design. The aluminum frame used beefy aluminum tubes that made it look futuristic for its time. 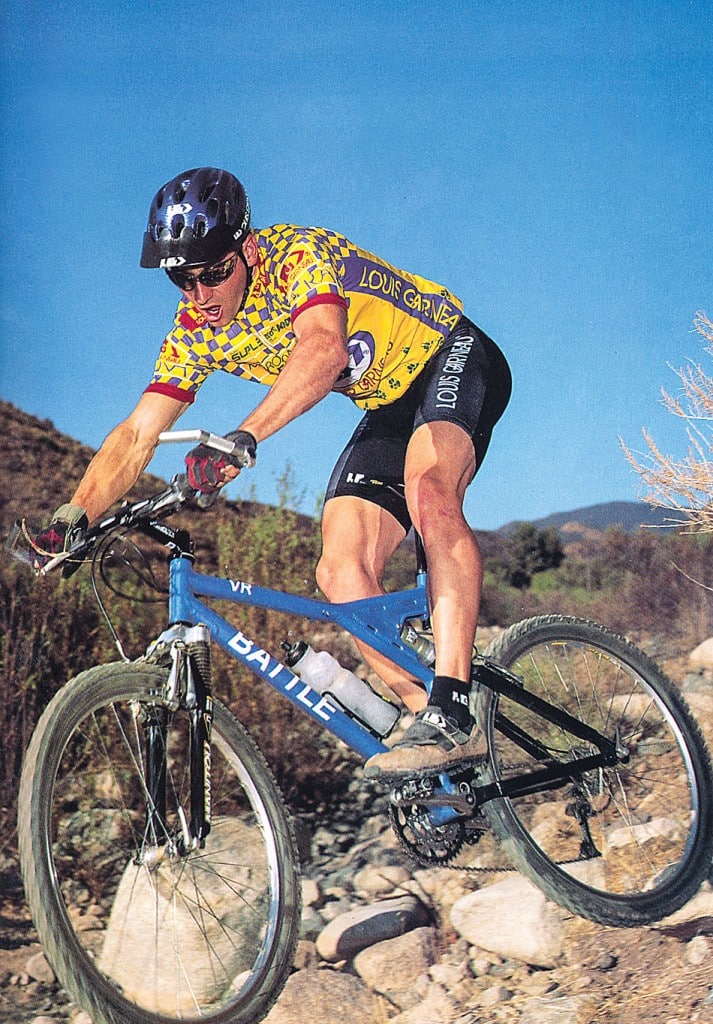 Battle VR Mac strut: In 1996 full-suspension bikes were starting to be available complete for about the same price as a boutique hand-made frame. But, the Battle VR wasn’t one of those bikes. This bike was hand-built from hand-welded aluminum with a MacPherson-strut suspension design that included elegantly machined components. The suspension details were handled by a 1.5-inch stroke Fox Alps shock and Manitou Mach 5 fork. The bike was also available in a wide array of colors to, as we said, “give it soul.” 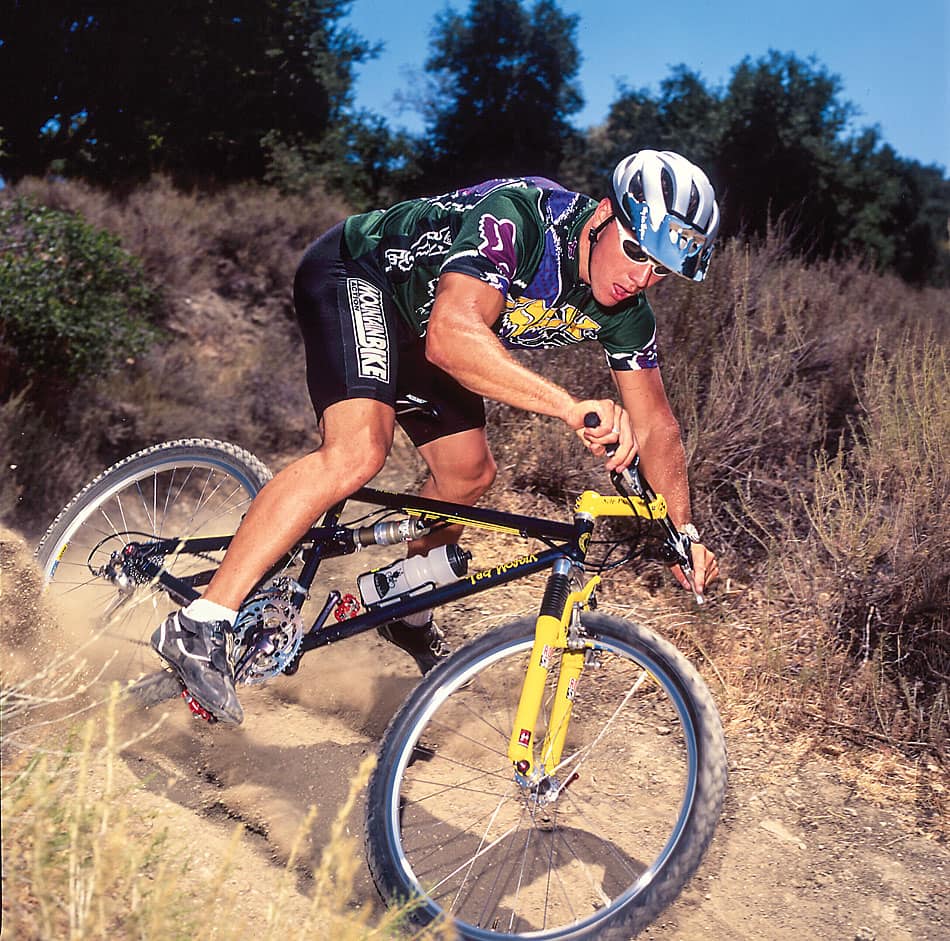 Ted Wojcik’s Mac strut: You may not be familiar with the Wojcik name, but Ted was one of the world’s finest frame builders in the ’90s, known for the neat-as-a-pin welds on his beautiful hardtails. In 1996 he ventured into the suspension world by making steel front triangles and mating them to aluminum rear ends built by Battle bikes. The MacPherson-strut design sported 3 inches of rear-wheel travel that felt slightly harsh for lighter riders, but the bike pedaled remarkably well. The razor-sharp handling was better suited to the finesse riders in the MBA test group, and the bike was hard to beat on fast-paced, long-distance treks. 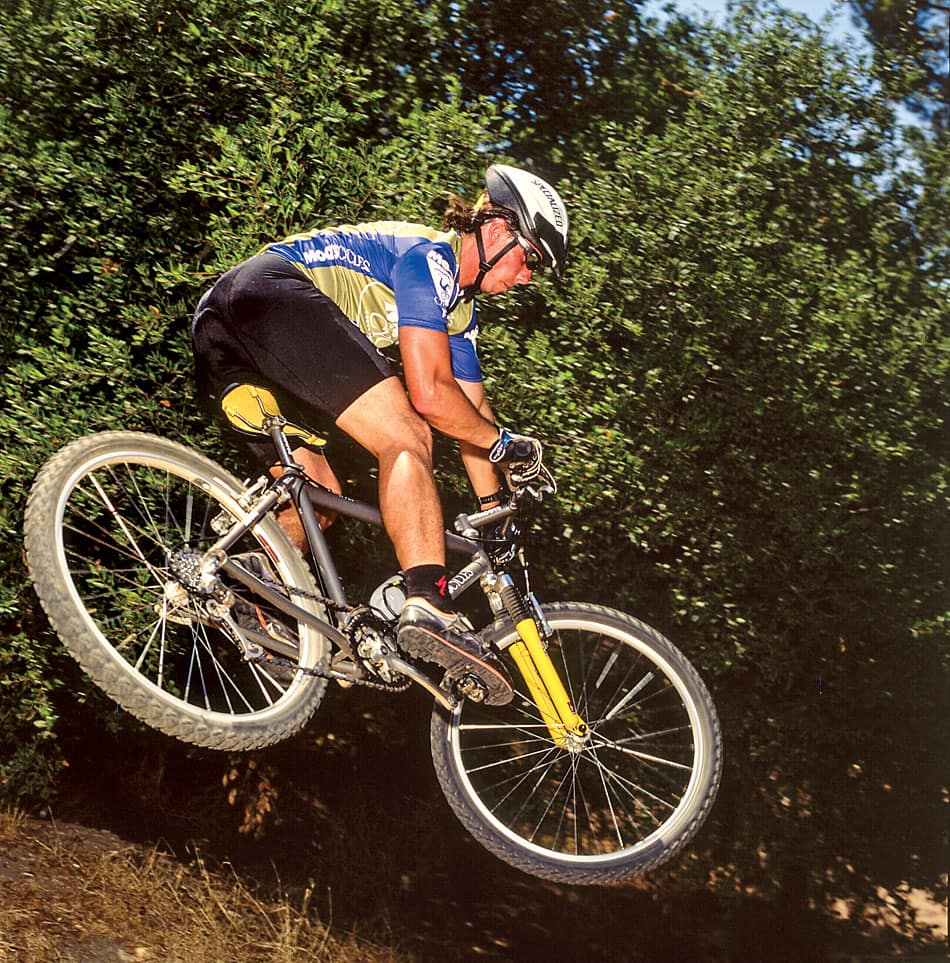 Moot’s YBB Micro rear suspension: Moots mountain bikes are true Colorado natives, welded in Steamboat Springs to this day. The YBB was a very unique design that used a small spring in the wishbone seatstays to eke out less than an inch of travel. The design also used a small “high-tech copper spacer” to hold the spring in place. If you ever took the spring apart, you’d find out that the spacer was actually just a penny.

Photo of the Day: Short Track Racing at Mammoth

The Power of a Bicycle