Down The Trail: Looking Back 20 Years

Twenty years ago the mountain bike world was preparing for its second Olympic event, coming up in Australia in September of 2000. Photographer Tom Moran had been to the preview race held in the fall of 1999, and he said the course was even better than the one in Helen, Georgia, used in the sport’s U.S. Olympic debut.

Among the favorites heading into the 2000 Olympics were Australia’s Cadel Evans, who got ninth at the 1996 Olympics; France’s Miguel Martinez, who had taken the bronze medal at the same race; Switzerland’s Thomas Frischknecht, who’d picked up the silver medal in Georgia; and Bart Brentjens, who had won the gold medal in the ’96 Olympics.

Among the women, Paola Pezzo looked like one of the best prospects, since she had won gold before. Alison Sydor, who’d scored the silver in 1996, was looking to move up a step this time. America’s Alison Dunlap was hoping to be a spoiler.

Of course, as we’d find out later, when the Sydney Olympics were complete, Martinez and Pezzo would ride off with the gold medals. 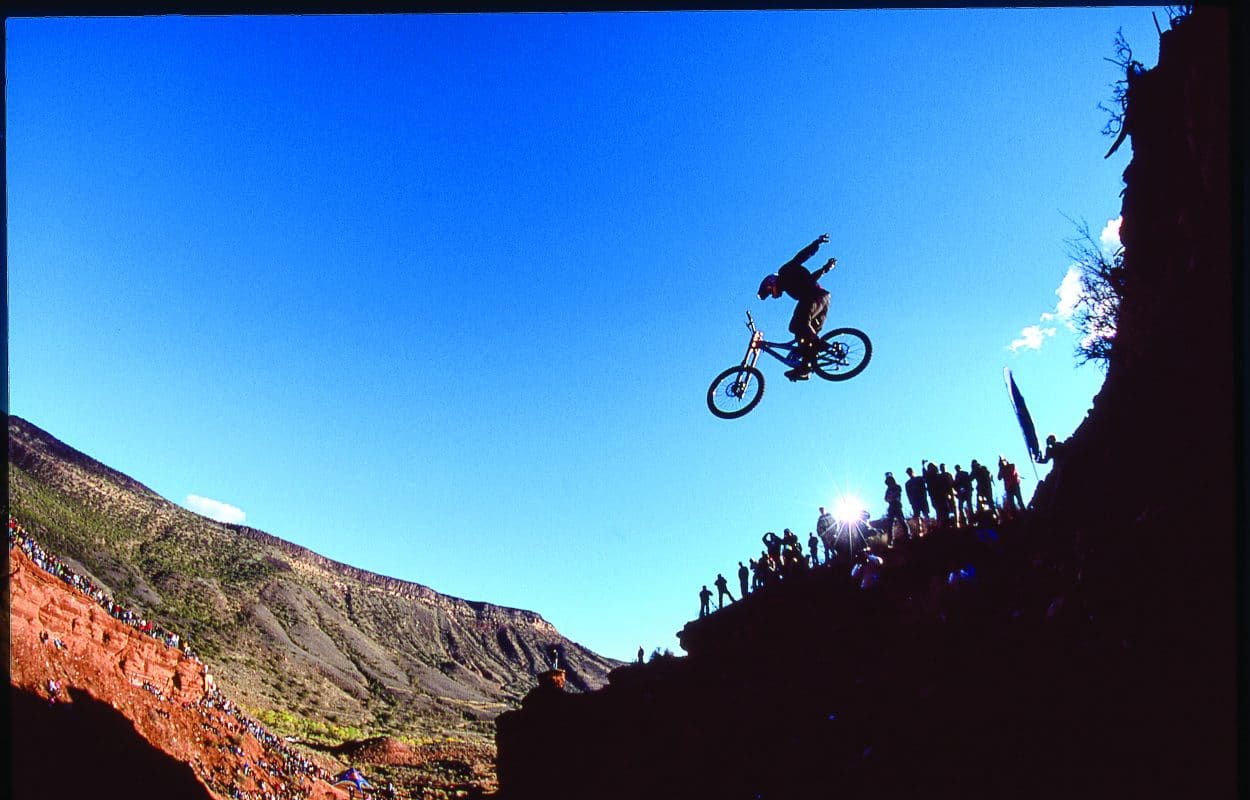 Kyle Strait soared to victory in the Red Bull Rampage in the fall of 2004. Strait has competed in all 14 Rampages held until now, scoring his second win in 2013.

As we head into the year 2020, the quality of the full-suspension bikes on the market has far surpassed the quality of the bikes from 20 years ago, which makes us wonder what the bikes of 2040 will look like. How many gears will those bikes have? How much suspension will they offer? Will they be made of carbon fiber or something else? What wheel sizes will we be using then? One can only guess. 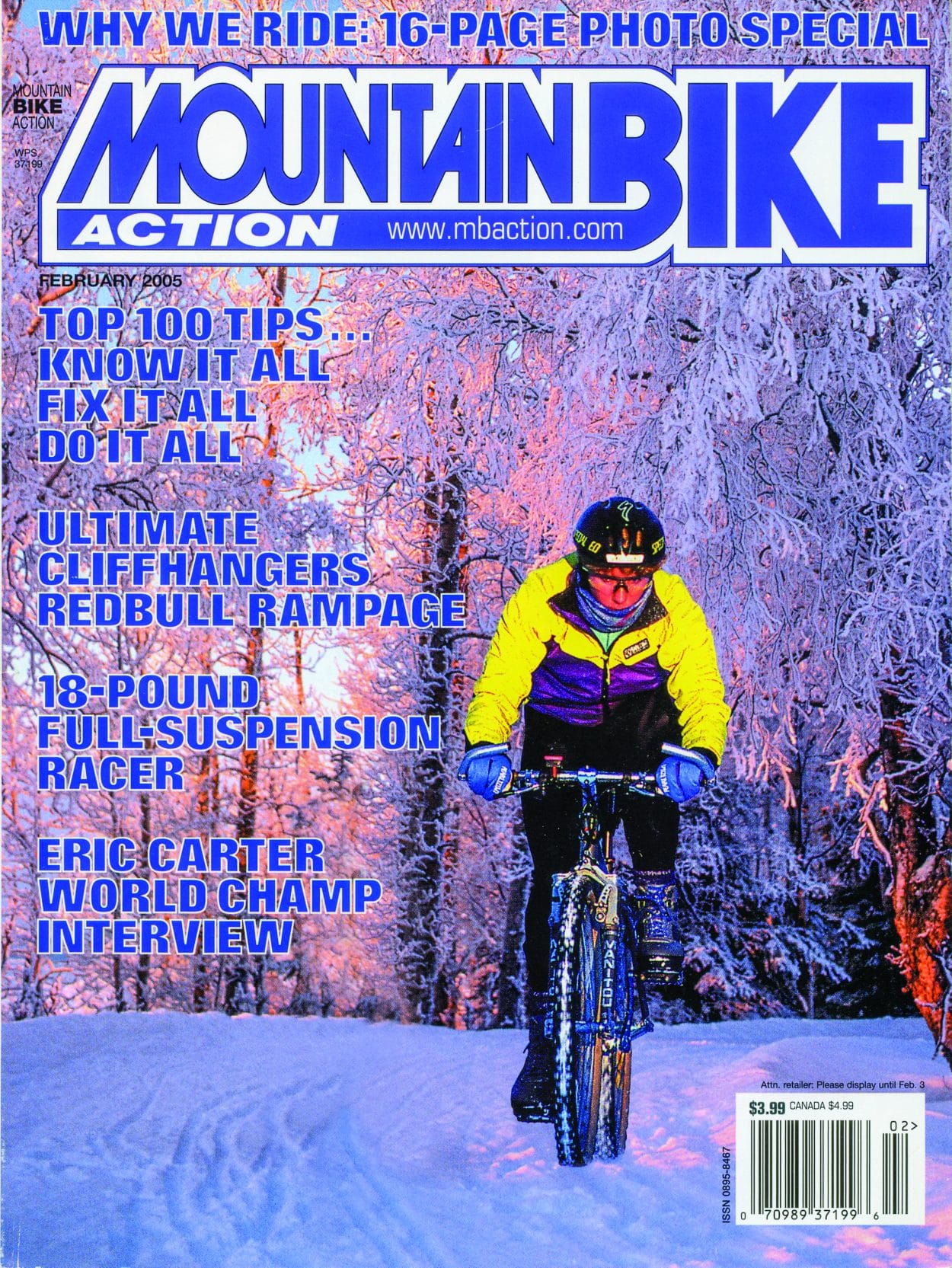 Our February 2005 issue included our coverage of the fourth Red Bull Rampage, held in late 2004. It was the fourth running of the iconic event, which had debuted in 2001. It also marked the fourth time Kyle Strait, 17, had competed in the event; he had been 14 when he competed in the first Rampage. Strait won the event with a nearly 70-foot suicide-no hander off a cliff. Second place went to future Downhill World champion Gee Atherton, who was 19.