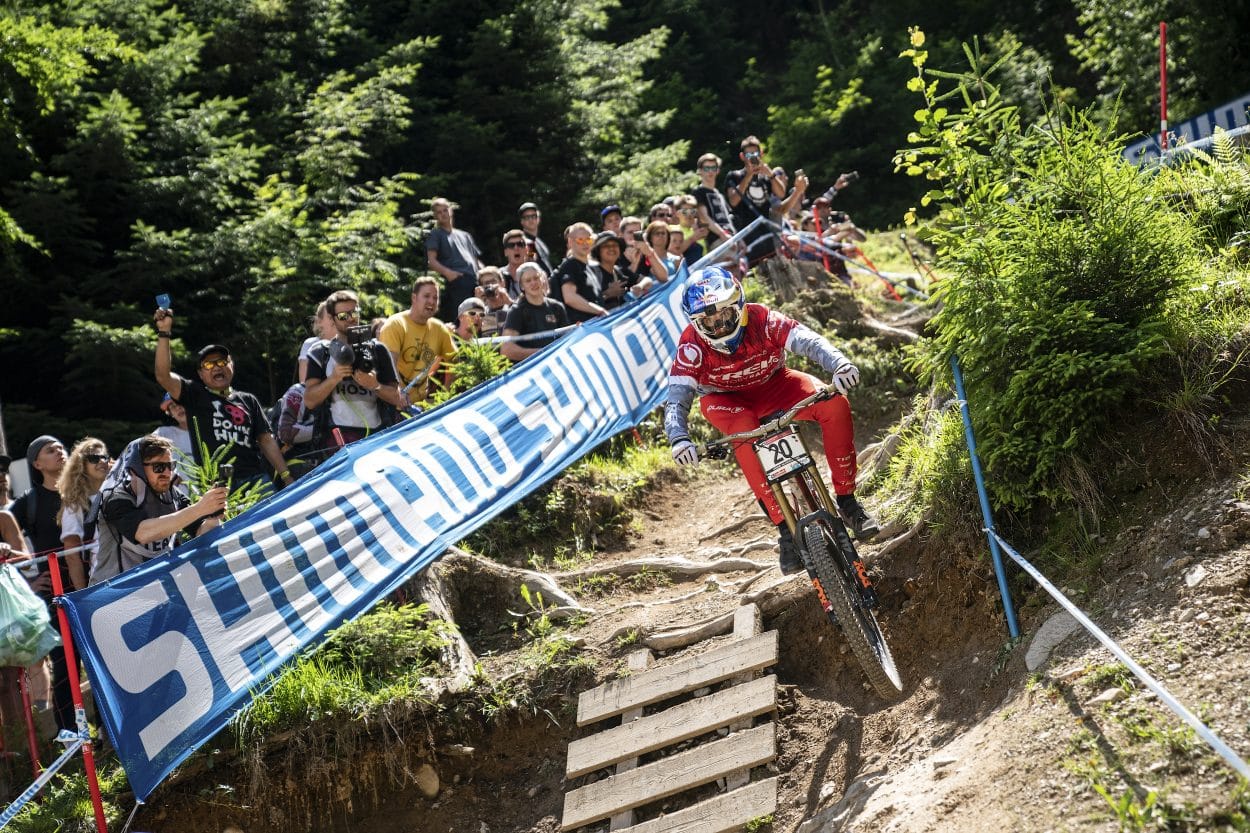 The World Cup track in Saalfelden Leogang has its own unique characteristic. Nestled within The Epic Bikepark Leogang, the 2.5km-long “Speedster” delivers extremely tight races year after year. The smallest mistake on the “Speedster” is instantly punished with a severe loss of speed and with lost time extremely hard to make up. One small mistake can make the difference between a winning run and a Top 30 result. Only those who manage to master the track perfectly have a shot at a win in Leogang. The tight and exciting racing and remarkable stories, like Aaron Gwin’s (USA) victory with a snapped chain in 2015, regularly create a spectacular atmosphere, which is why the World Cup in Leogang draws some of the largest crowds on the circuit. 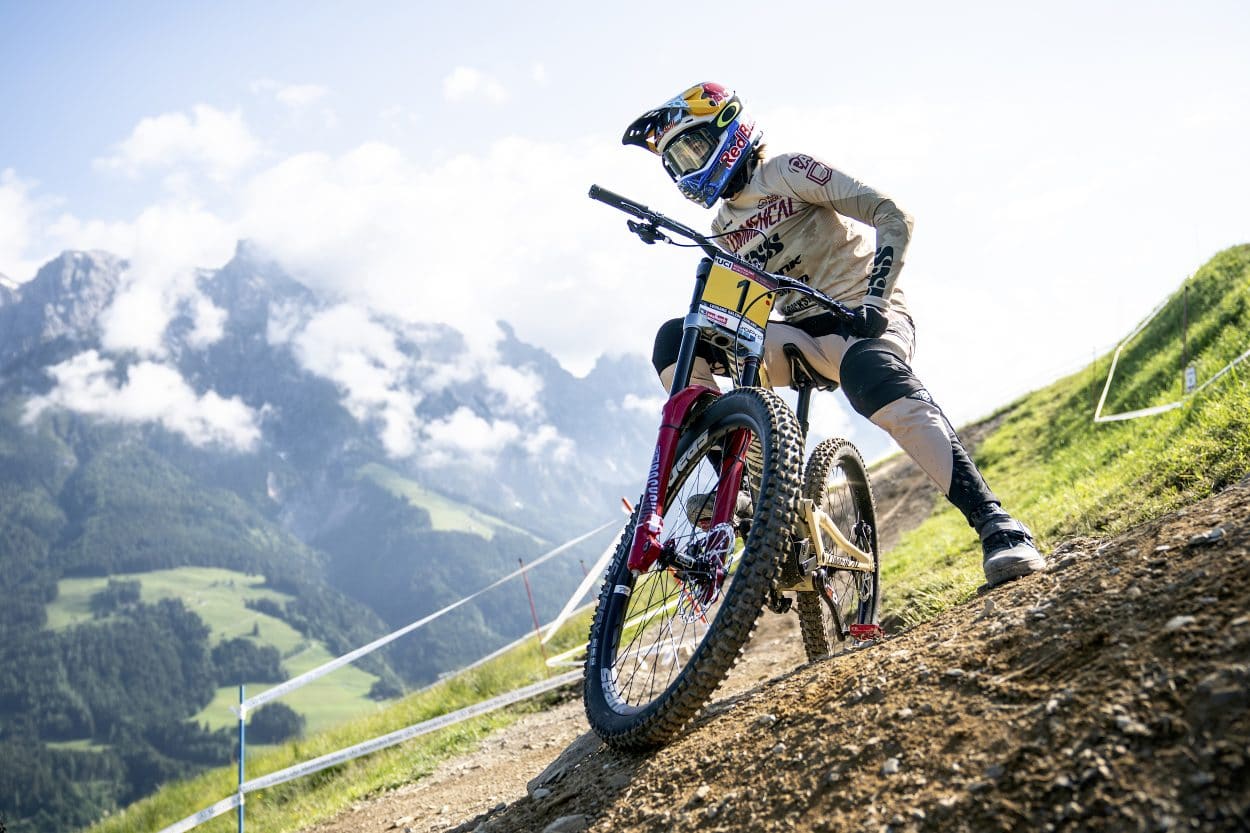 Between April and September, eight races are held in the battle for the title of Overall World Cup Champion. The race in Leogang will be the third of the season and simultaneously acts as the dress rehearsal for the 2020 UCI Downhill World Championships, which will be held in Saalfelden Leogang on September 4-6, 2020.

The 2019 World Cup season got under way at the end of April in Maribor, Slovenia. The comeback of the popular track into the World Cup calendar after a nine-year hiatus was won by reigning World Champion Loic Bruni (FRA) and young British rider Tahnée Seagrave. As a result, both currently lead the Overall World Cup Ranking and are considered amongst the favorites in Leogang. Despite the fact that – unlike Bruni – Seagrave has already proven that she can win on the ‘Speedster’, the young British rider will most likely travel to Leogang with mixed feelings.

In 2017, Seagrave celebrated her first World Cup victory on the ‘Speedster’, her greatest career triumph at the time. A year later, she won the qualifying but was disqualified in the finals mid-way through a podium-pace run due to accidentally leaving the track. The lost points on account of the disqualification ended up costing Seagrave dearly as at the end of the season, only a few points separated her from winning her first Overall World Cup title. In the end, the Overall Title went to Rachel Atherton (GBR), who also emerged victorious in Leogang for the third time following Seagrave’s mistake. Atherton and Seagrave will be heading to Leogang as the big favorites, but a British victory in Leogang is far from certain as fast riders like Tracey Hannah (AUS), Marine Cabirou (FRA), Monika Hrastnik (SLO) and Nina Hoffmann (GER) are all waiting for their chance to topple the pair at the top.

On the men’s side of racing, the field is stacked with talent like never before. At the season opener in Maribor, the Top 10 were separated by a mere three seconds, whilst the Top 3 all finished within just one second. Next to the strong contingency of young French riders like defending UCI World Champion and Maribor winner Loic Bruni, defending Leogang Champion and 2018 Overall World Cup winner Amaury Pierron and lightning-fast youngster Loris Vergier, the favorites in Leogang also include four-time Leogang Champion Aaron Gwin. Besides Gwin and the Frenchies, riders like veteran Greg Minnaar (RSA), Troy Brosnan (AUS), Mark Wallace (CAN), Danny Hart (GBR), Brook MacDonald (NZL) and Laurie Greenland (GBR), will all be eyeing up the win in the Austrian mountain bike Mecca. With such a stacked field of talent, an exciting, close and action-packed race is the only thing that can be guaranteed.

The ‘Speedster’ itself will once again see some smaller changes this year. Former World Cup racer Markus Pekoll has already inspected the track and as a result some sections will be altered to create additional excitement for the fans and riders. “We are currently working on various highlights for the fans and riders and preparations are already in full swing. After the record number of 23,000 visitors in 2018, we are looking forward to see how many fans we can welcome to the action-packed Out of Bounds Festival weekend this year”, says Kornel Grundner, Head of the Leoganger Bergbahnen.

Next to the Mercedes-Benz UCI Downhill Mountain Bike World Cup, Saalfelden Leogang has plenty more exciting events, action and fun to offer during the Out of Bounds Festival: several spectacular Motocross shows, a large open-air concert with Californian band “John Diva & the Rockets of Love”, an open night in the Team & Expo Area, several parties and much more. The full event program of the Out of Bounds Festival can be found at www.mtb-weltcup.at.

For all those, who can’t make it to Austria in person, Red Bull TV will broadcast the Mercedes-Benz UCI Downhill Mountain Bike World Cup in Leogang live, on-demand and free of charge on redbull.tv with commentary in various languages.

Followed by the awards ceremony for all categories

The Team- and Expo-Area will be open to the public during the following times:

Out of Bounds Festival Event Highlights: 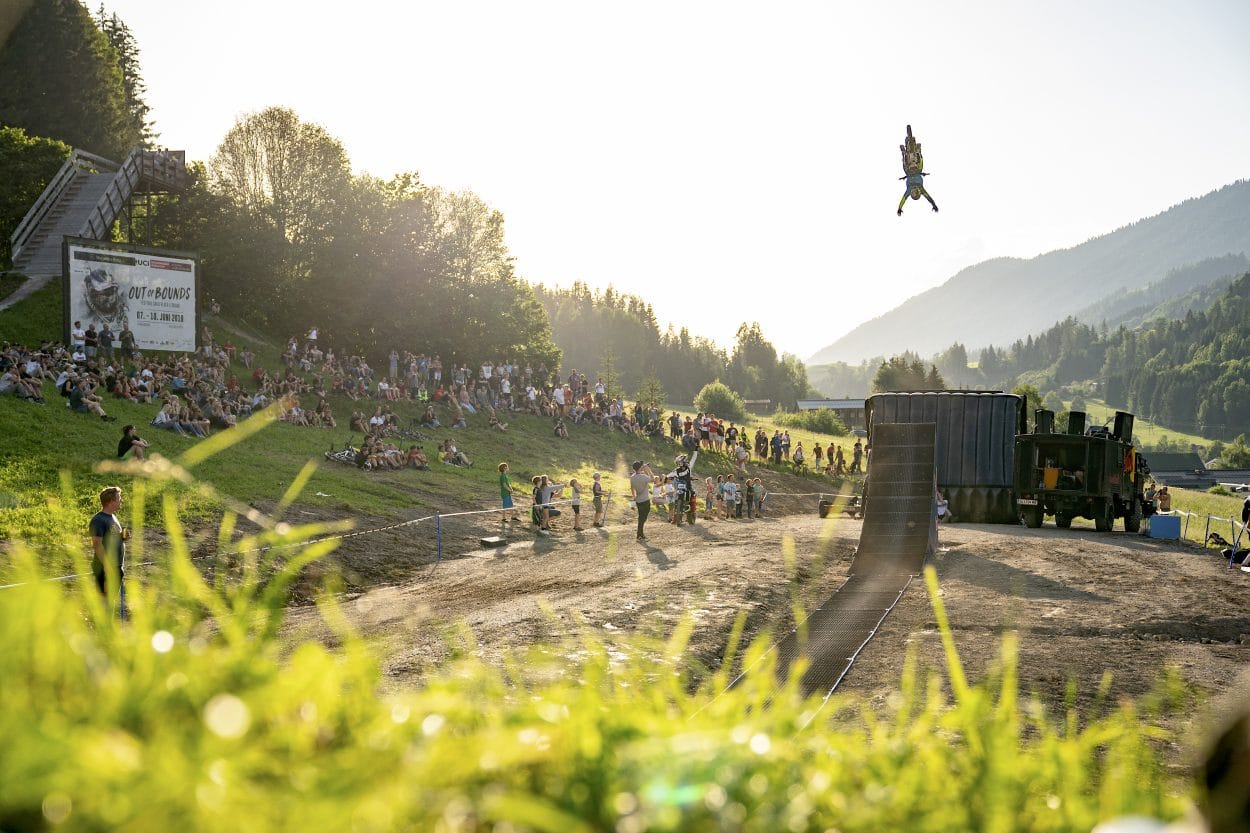 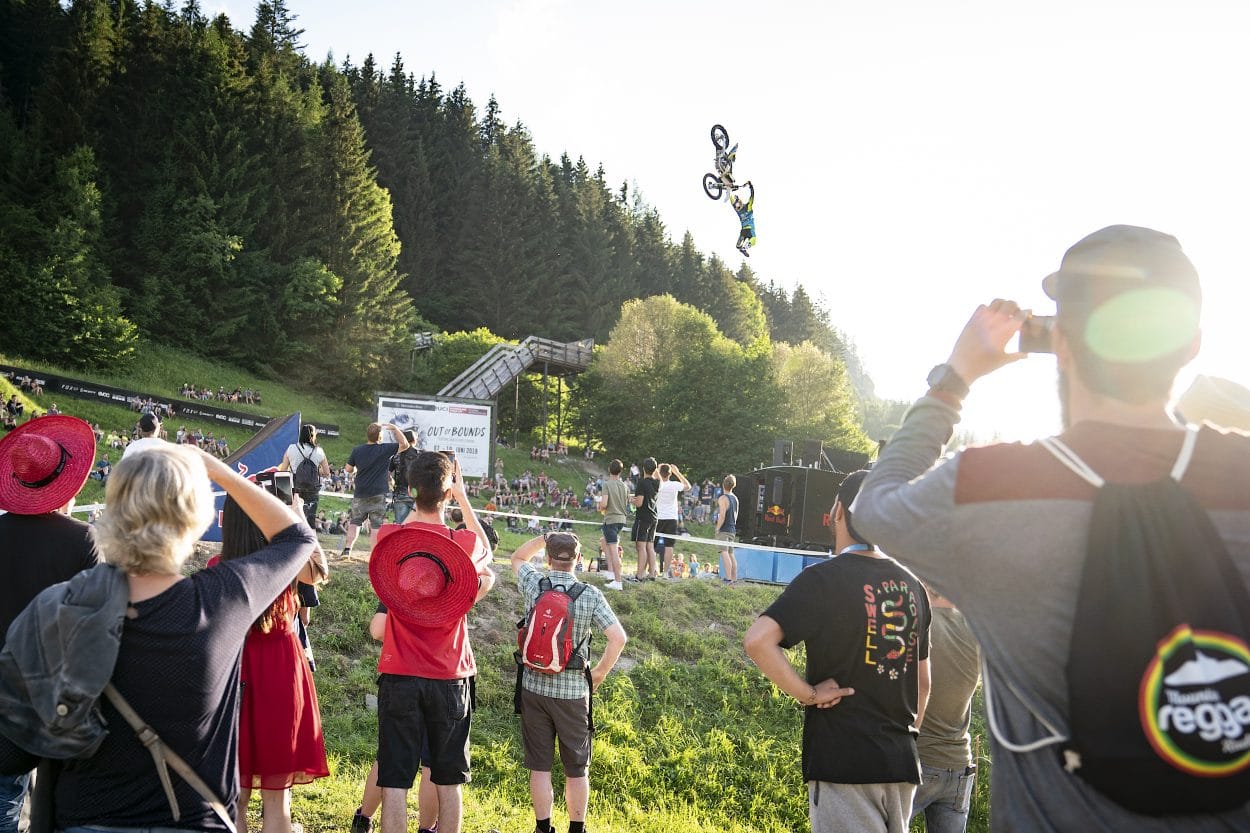 Visitors can take advantage of a special package including tickets and accommodation:

3 overnight stays incl. 2 day tickets to the event area, all side-events and the Saalfelden Leogang Card (guest card for Saalfelden Leogang) starting from € 113,– per person. The various packages can be booked at [email protected]leogang.at or + 43 / (0) 6582 / 70660.

News about the Mercedes-Benz UCI Downhill Mountain Bike World Cup and biking in the Saalfelden Leogang region in general can be found on www.mtb-weltcup.at.

News and information about Saalfelden Leogang can be found on:

8 Reasons to Ditch Your Derailleur According To Zerode Bikes