Check out his statement below 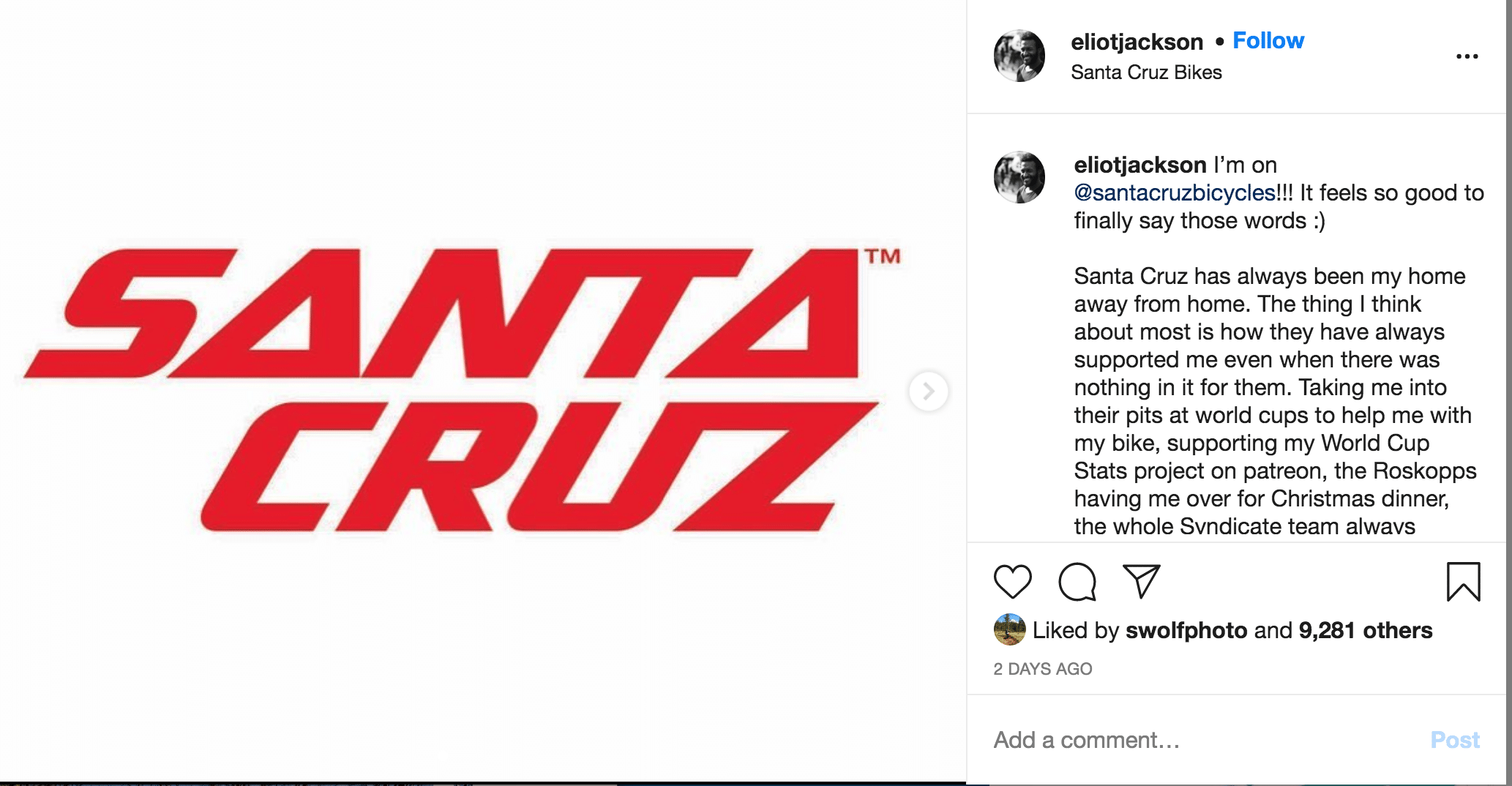 Eliot Jackson used Instagram to share the news about his joining the Santa Cruz Team. He had recently announced that he was leaving Giant, but it was only this weekend that he revealed where he was going. It sounds like he has a great and long-standing relationship with the people at Santa Cruz, including having Christmas dinner at Santa Cruz founder/CEO Rob Roskopp’s house.

Below is what Jackson shared on his Instagram page, followed by the comments from Santa Cruz Bicycles: