The first round of the Maribor World Cup in Slovenia is complete; round two will take place on Sunday

The first round of the Maribor World Cup in Slovenia has been completed.  French riders dominated the top places on the podium, with the top three Elite Men and the top two Elite Women all being from France.

The Elite Men’s top qualifier in timed runs this week at Maribor—newly crowned 2020 Downhill World Champion Reece Wilson of Great Britain—was not able to race today due to a bad crash in practice when he flew over a berm and crashed hard. He said on Instagram later in the day: “ I had the scariest crash I’ve ever had today, my front wheel hit a soft spot on a berm and the rest was history. Hit my head super hard on a tree, went into shock and had a little lie down. Thankfully I’m all good, nursing a bit of a headache but nothing major. You can only take things day by day when it comes to your head so I’ll see what tomorrow brings 😊 Thanks to EVERYONE for the kind messages, makes me feel special….” His team did not think it was advisable for him to race after the crash. We’ll see if he can participate in the timed qualifiers on Saturday prior to Sunday’s second round of racing at Maribor.  Today’s race was streamed live on Red Bull TV this morning in the U.S. Here are the Elite Men’s and Women’s results: 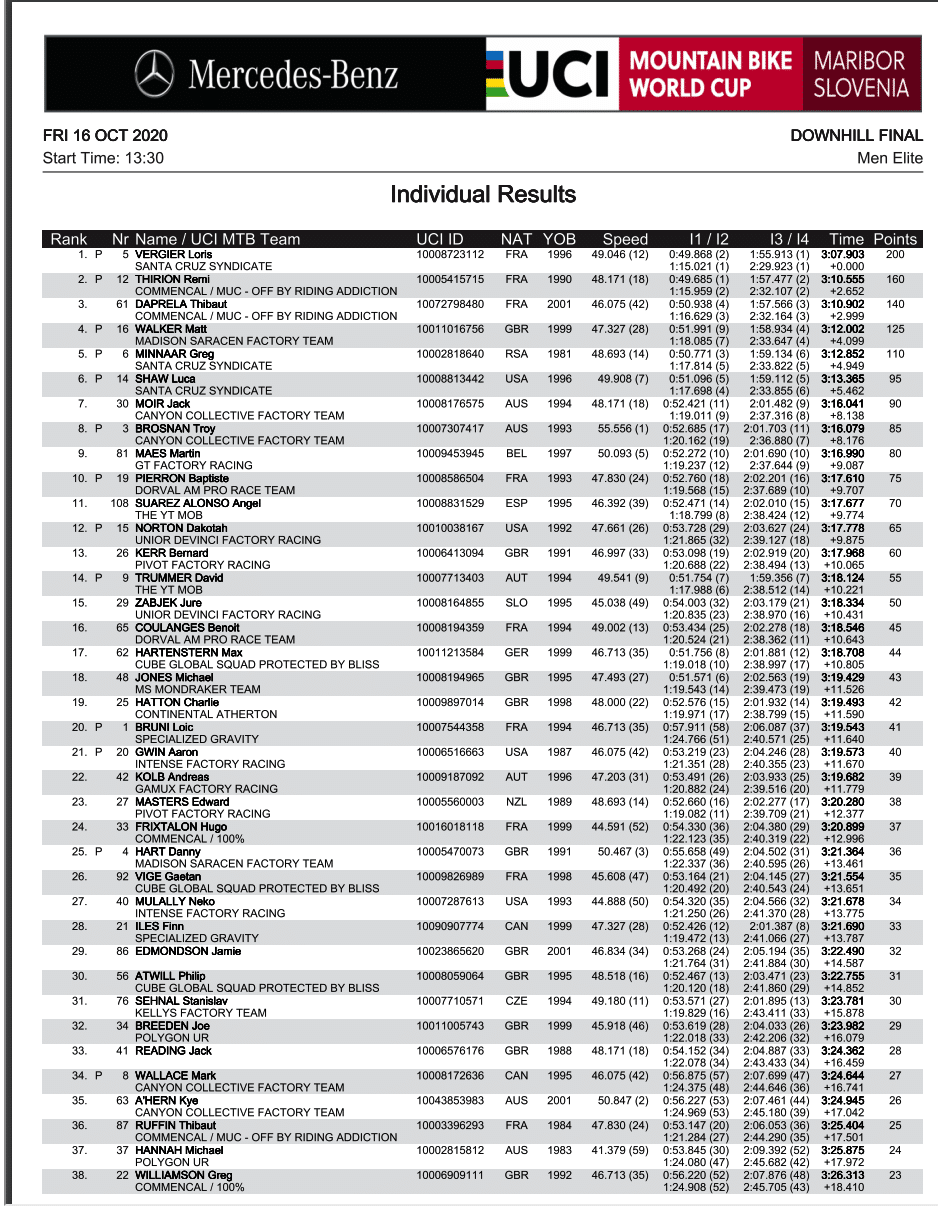 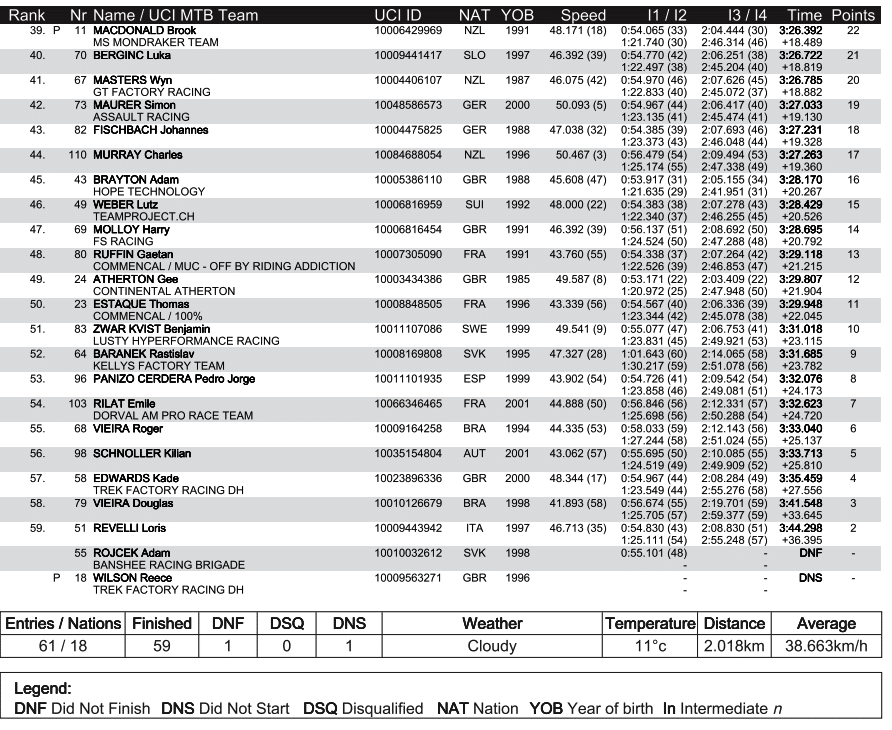 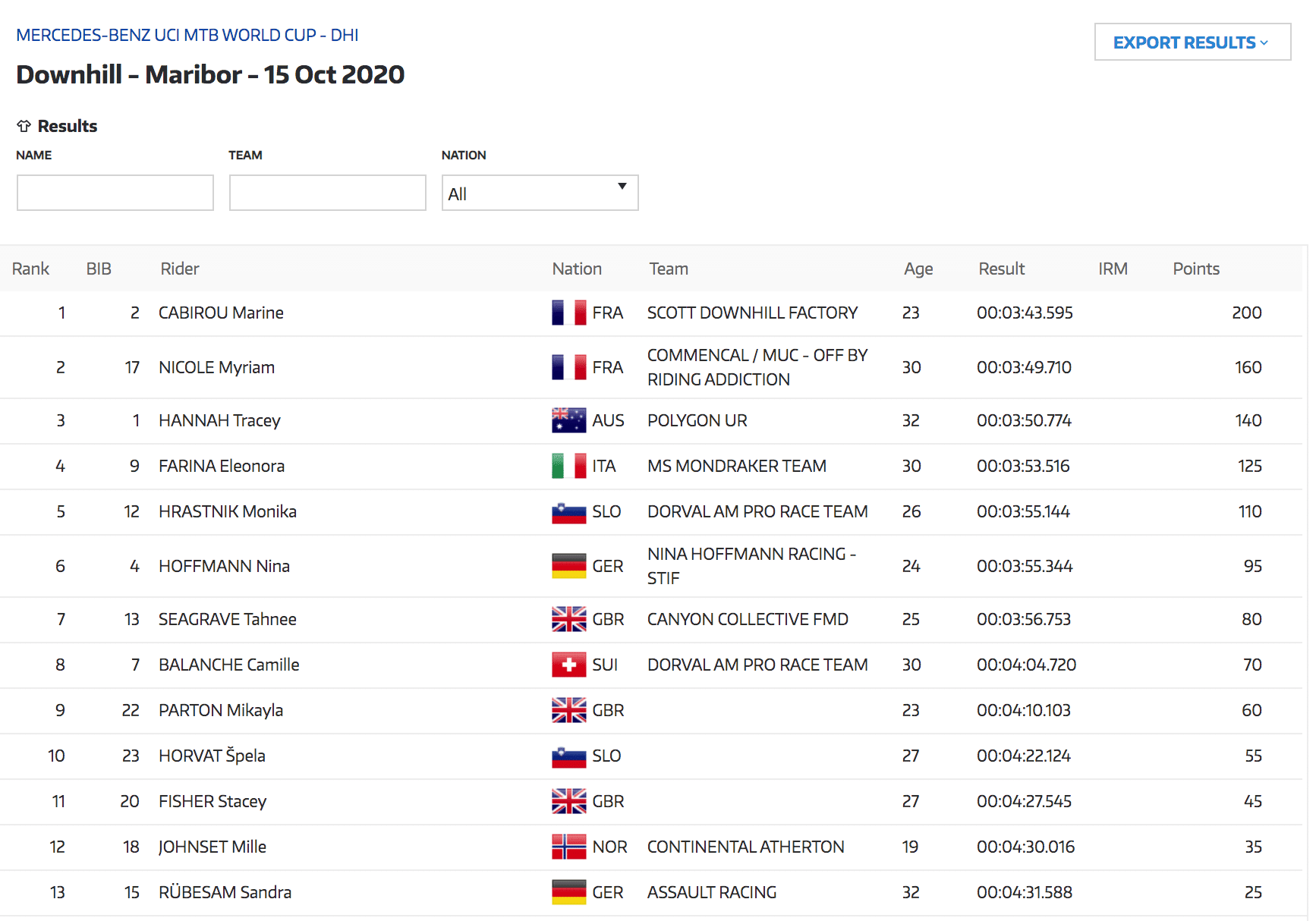