Emil Johansson starts the 2020 season just like he ended the 2019 season, with back-to-back wins. Johansson wants to make this Crankworx season unforgettable. With the 2019 Red Bull Joyride win, all eyes were on the Swede to witness an outrageous run. Watch his winning run: https://youtu.be/F6yNhy6J_hs 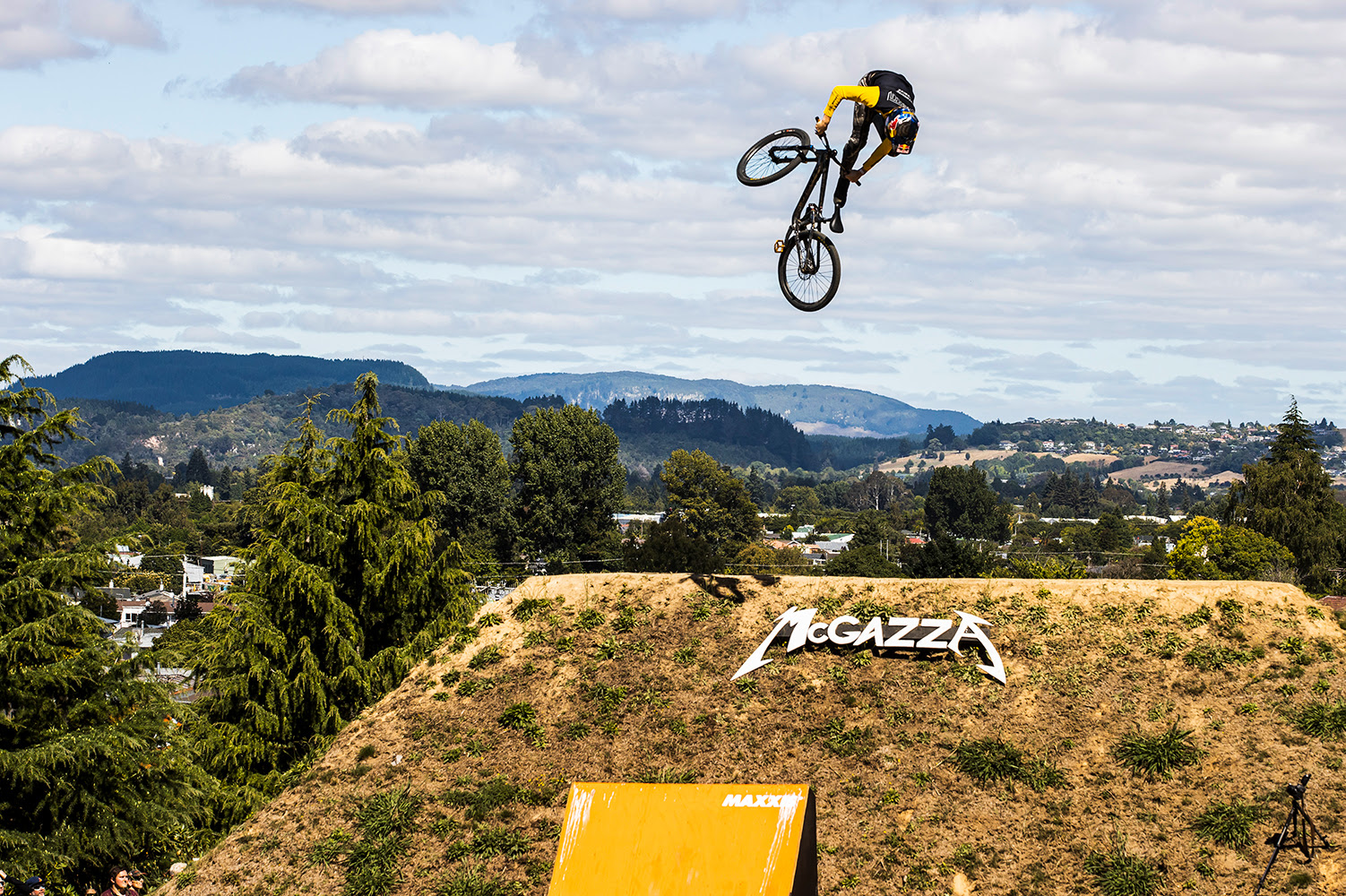 As an announcer stated, we are now in ‘the era of Emil’ and it’s not difficult to see why. Coming off of a Red Bull Joyride win, the young competitor came into this year’s season with his a positive outlook. Determined to keep the momentum going and not letting his battle with an auto-immune disease get in the way, his eyes are set on the Slopestyle World Championship title.

“It’s been three years since I’ve done a run here during finals, so it just feels like redemption on the tough stuff that’s in my past. To be able to get that run together with new tricks that I’ve worked on in the off-season just feels amazing,” said Johansson.

As one of the last riders to drop in, Johansson put down a massive trick-filled run, featuring two tricks never performed in a contest before. The run started things off with a 360 Tailwhip to Unturndown on the stepdown, continuing with a Truckdriver to Opposite Downside Tailwhip on the first hip, followed by an Opposite Triple Tailwhip and a Double Tailwhip. BONKERS!

Making the most of the new feature debut at this years event, Emil added some serious point gains with a Fastplant 360 and a Nolly 360 on the up box. With an Opposite 360 to Opposite Barspin and a 360 Unturndown to Barspin, Emil set himself up perfectly for the final two features, warming up the crowd with a Frontflip before finishing his run with a huge 360 Windshield Wiper (Tailwhip to Opposite Tailwhip).

Now, Emil is the only rider eligible to win the Triple Crown of Slopestyle in 2020. To achieve that, he will need to win in Innsbruck, Austria as well as in Whistler, Canada. If completed, he would be only the second rider to ever achieve this feat, following up Nicholi Rogatkin’s monstrous 2018 season.

To Relive all of the action by watching the replay of the first stop of the Crankworx FMBA Slopestyle World Championship in Rotorua, New Zealand on Red Bull TV

One of the Biggest Mistakes in Mountain Bike History