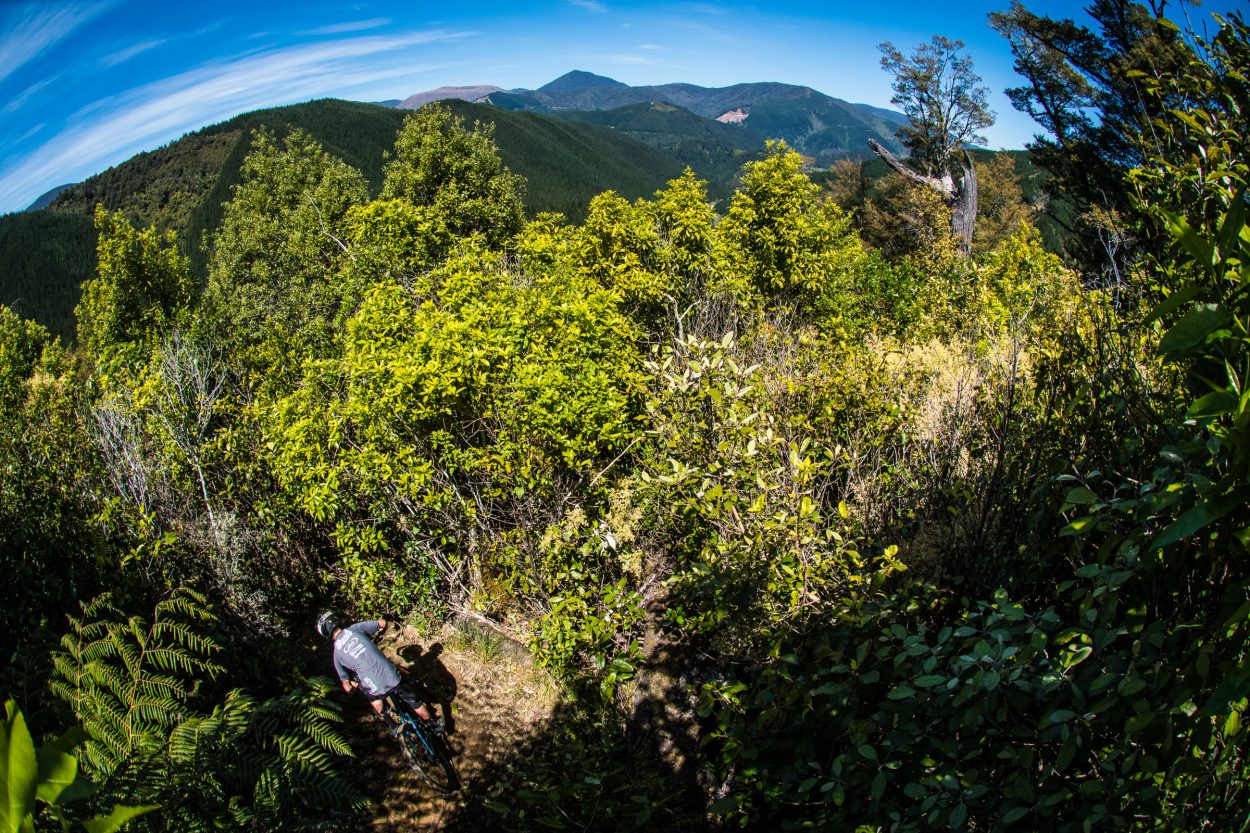 The Aorere Enduro will kick off the 2021 EWS Season in Nelson, New Zealand.

The season will get underway in New Zealand in April, visiting Nelson for the first time in the series’ history. Situated on the Northern tip of the South Island, this small city is famous for clocking up the most sunshine hours in the country, but also its steep, natural and burly trails. 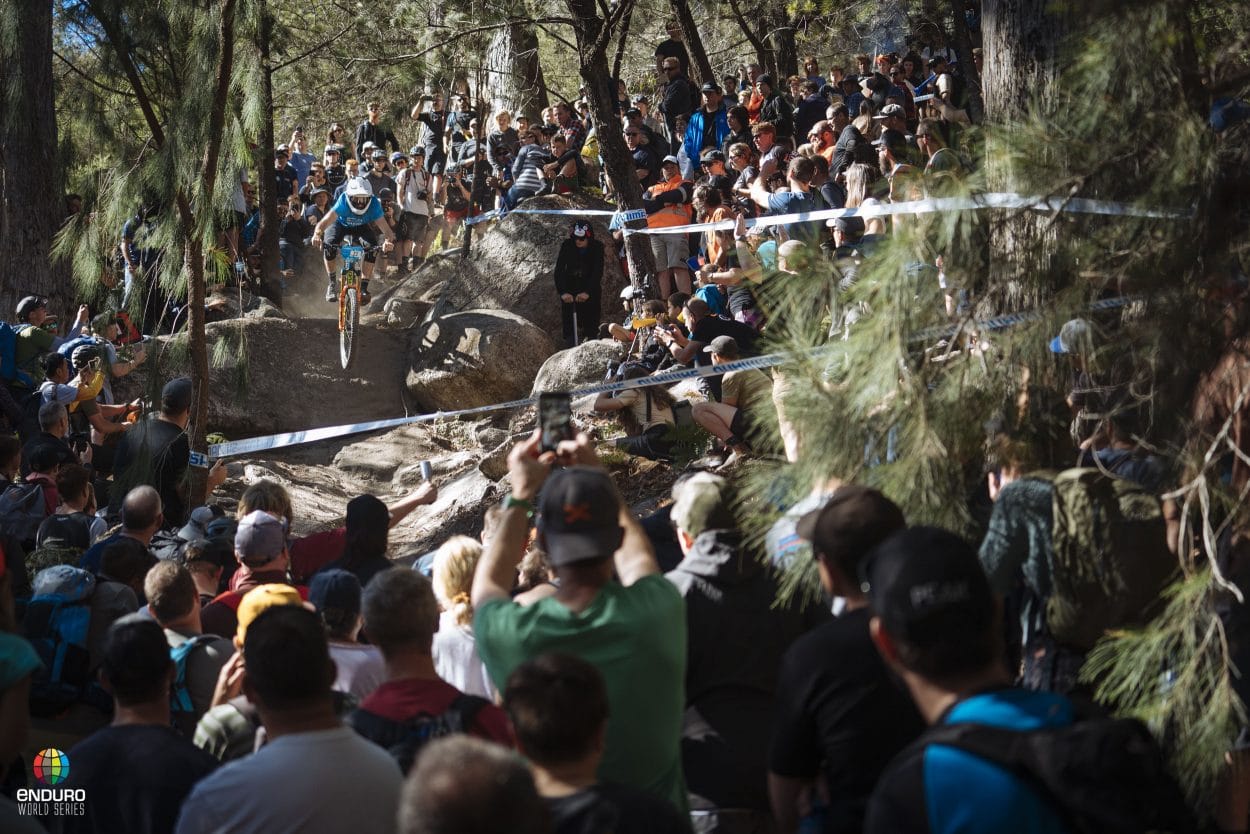 It’s back to Derby for round two for rowdy tracks and even rowdier crowds.

Round two heads back to the inimitable Derby, Tasmania. This tiny town has embraced mountain biking and in just a few years created one of the most iconic riding destinations in all of Australia. It’ll be the third time the series has visited Derby and with good reason – their ever-expanding trail network has twice been voted the Specialized Trail of the Year. 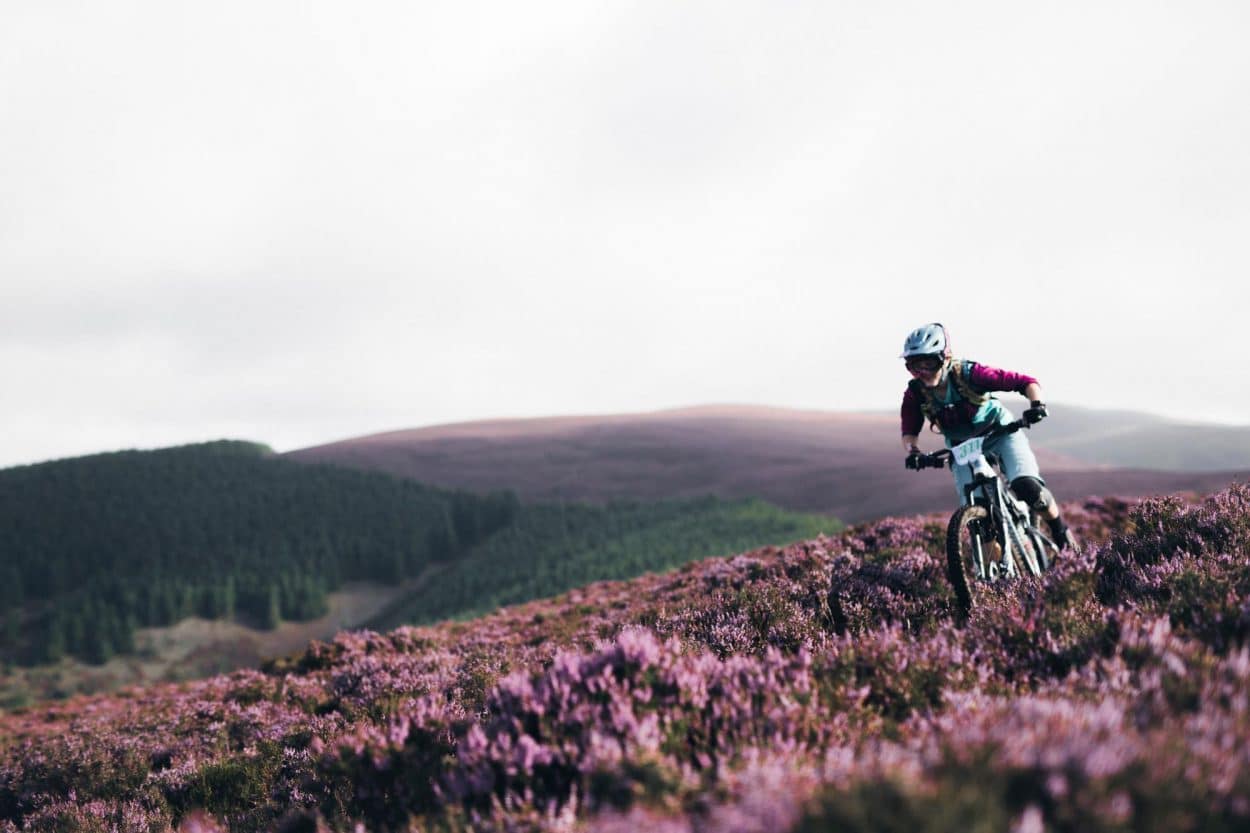 The Tweed Valley in Scotland is one of the UK’s most famous race venues with a rich mountain biking history. Pic: Trev Worsey

For round three it’s back to one of the UK’s most famous venues, the Tweed Valley in Scotland. After a six-year hiatus the series will return to the hallowed trails of Innerleithen and the surrounding hills, which for the last three decades have acted as the proving grounds for some of the biggest names in the sport. The Tweed Valley will also act as the first round of the 2021 EWS-E Series, putting e-bikes through their paces on some of Britain’s most challenging terrain. 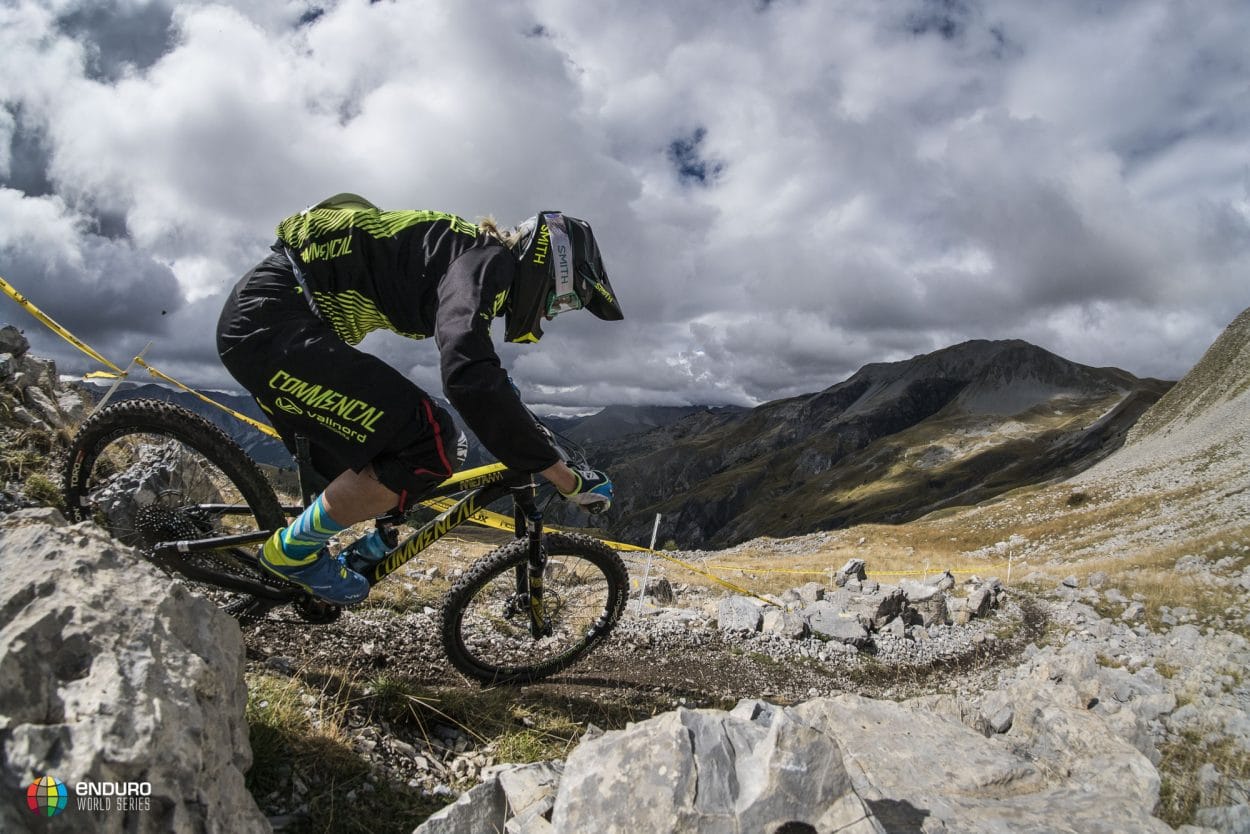 Valberg last hosted an EWS in 2016 and in 2021 it will welcome the second round of the EWS-E. Pic: Matt Wragg

The second round of EWS-E will head back to Valberg in France, to take on the region’s infamous grey earth in the Southern Alps. 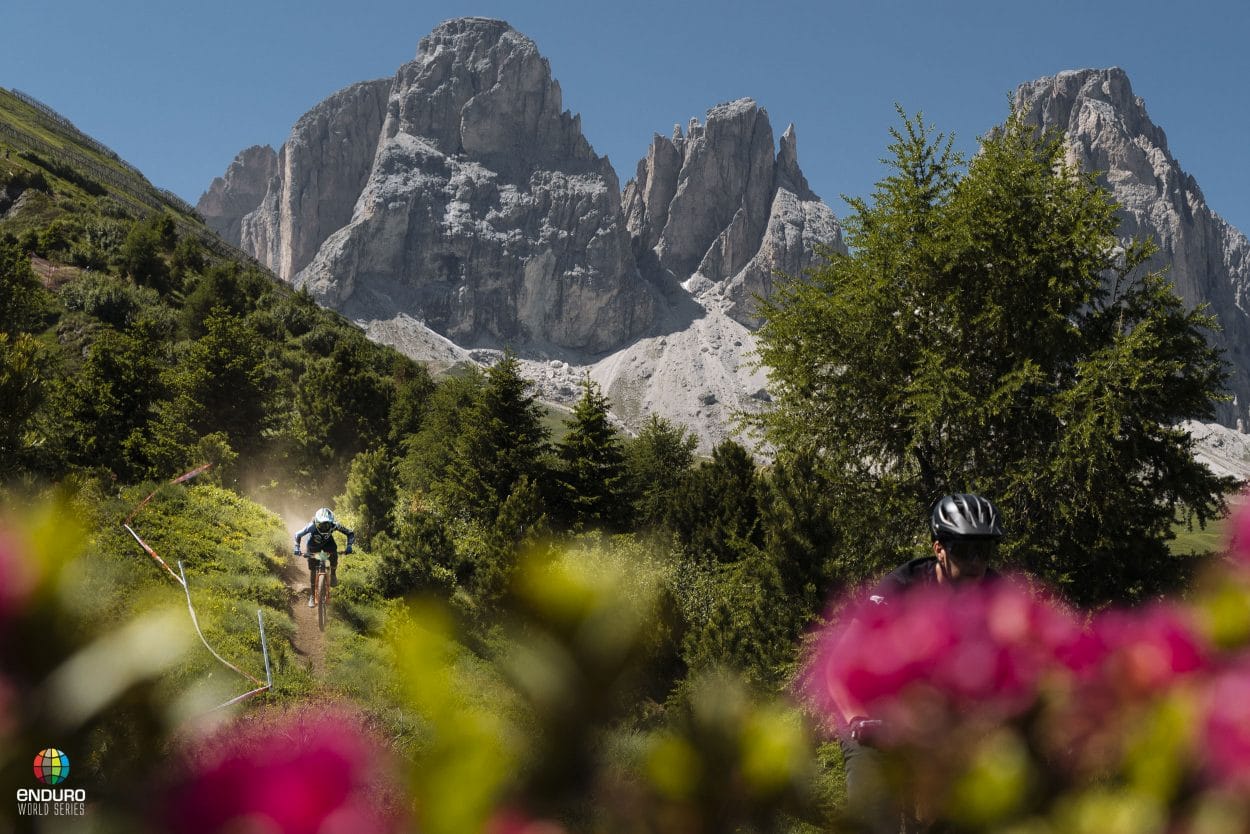 2021 will see rider favorite Val Di Fassa appear on the calendar for the third consecutive year.

Val Di Fassa in Italy will play host to EWS round four. This stunning venue nestled high in the Italian Dolomites became an instant rider favorite when it first appeared on the calendar in 2019, featuring long, physical stages amongst some of Europe’s most dramatic terrain. 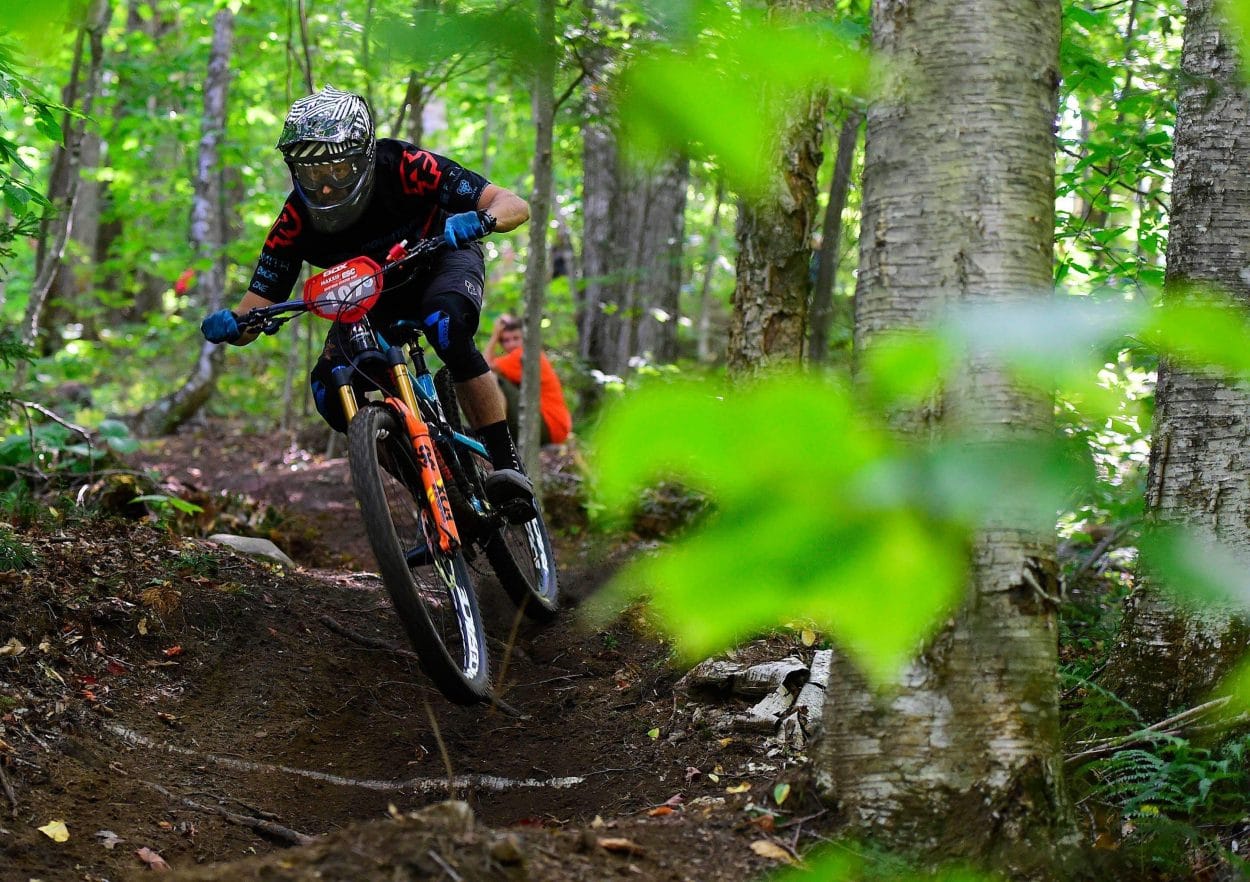 Burke Mountain is one of the East Coast’s most famous riding destinations.

It’s across the pond to the USA for round five, for the series’ second visit to Burke Mountain in Vermont. Serving up some classic East Coast riding, Burke’s trails will make their EWS debut later this season when they host round six. Famed for its raw and technical terrain, Burke will offer up a challenge to even the most experienced of racers. 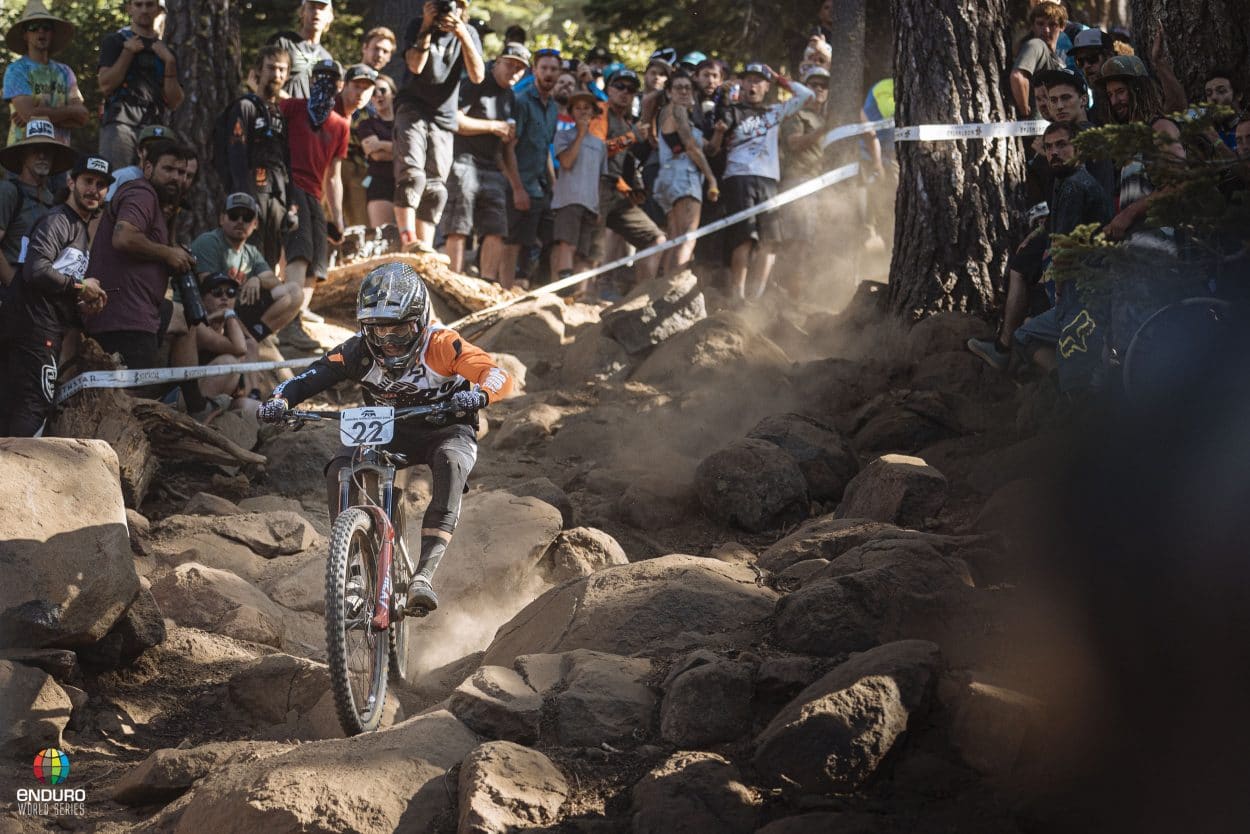 And for the first time in the series history, there will be a second USA stop, as round six heads to the West Coast and one of California’s most talked-about mountain bike destinations, Northstar.  The resort’s dry and rocky trails pushed riders to the limit when they were featured in the 2019 calendar – and in 2020 they’ll expand the offering to e-bikes to form round three of the EWS-E Series. 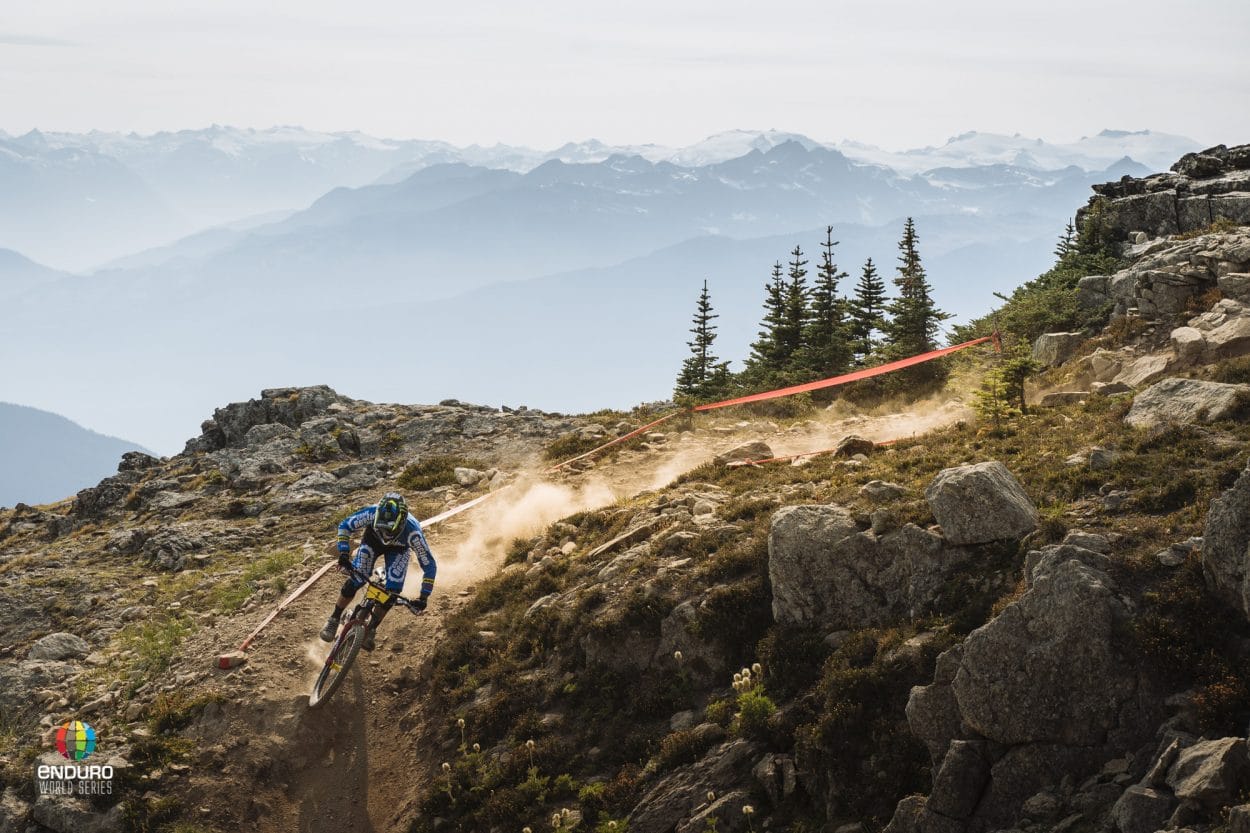 It’s back to Whistler for round seven

Round seven needs little introduction, as the series heads north to Whistler for its annual pilgrimage to Crankworx. This firm fan and rider favorite has appeared on every EWS calendar since its inception in 2013 and it’s not hard to guess why – Whistler is home to one of the most iconic trail networks in the world. 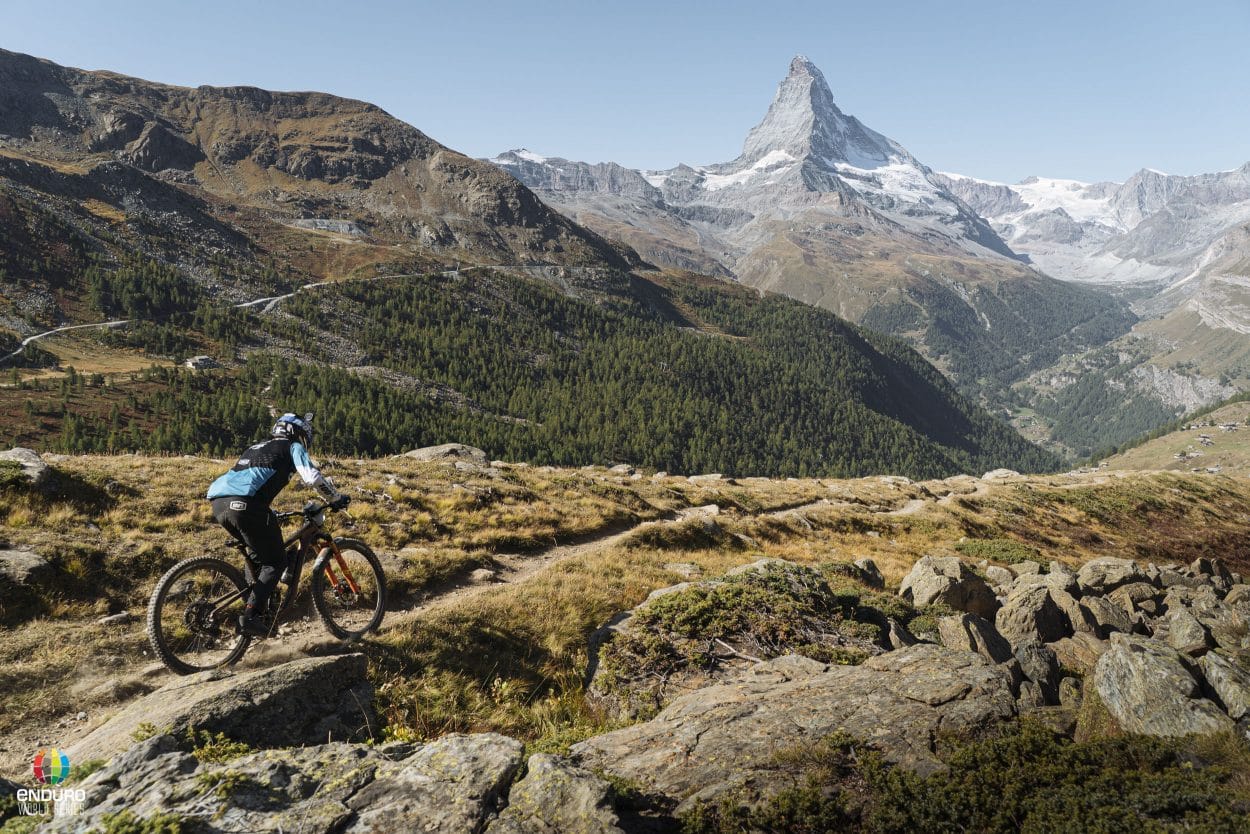 Zermatt in Switzerland will host round four of EWS-E

The EWS-E then heads back to Europe for the penultimate round in that most dramatic of settings, beneath the Matterhorn in Zermatt, Switzerland. 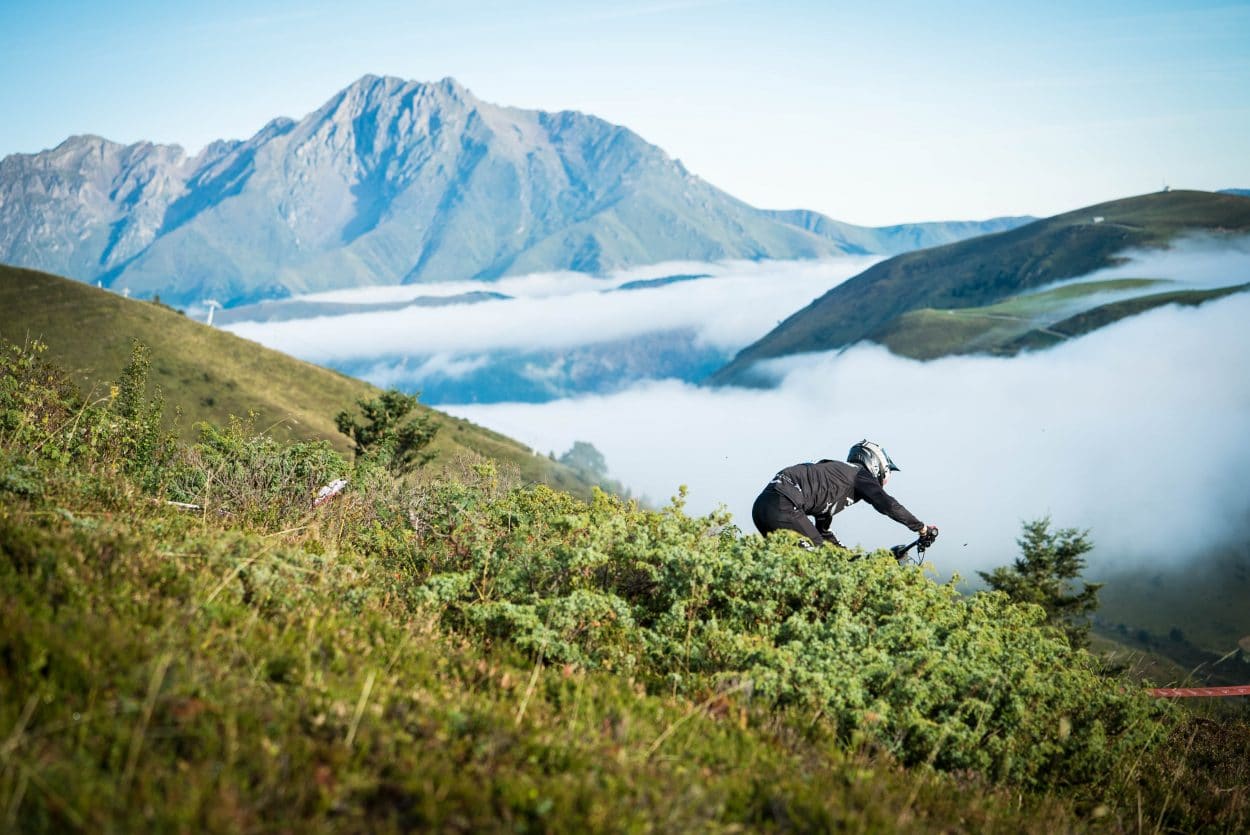 For the final round of the EWS the series will crown its series champions in the sport’s spiritual home of France for the first time. Loudenvielle in the Vallee Du Louron in the French Pyrenees of the country offers up a slice of classic French enduro – steep and natural trails and of course, some of those infamous French switchbacks. 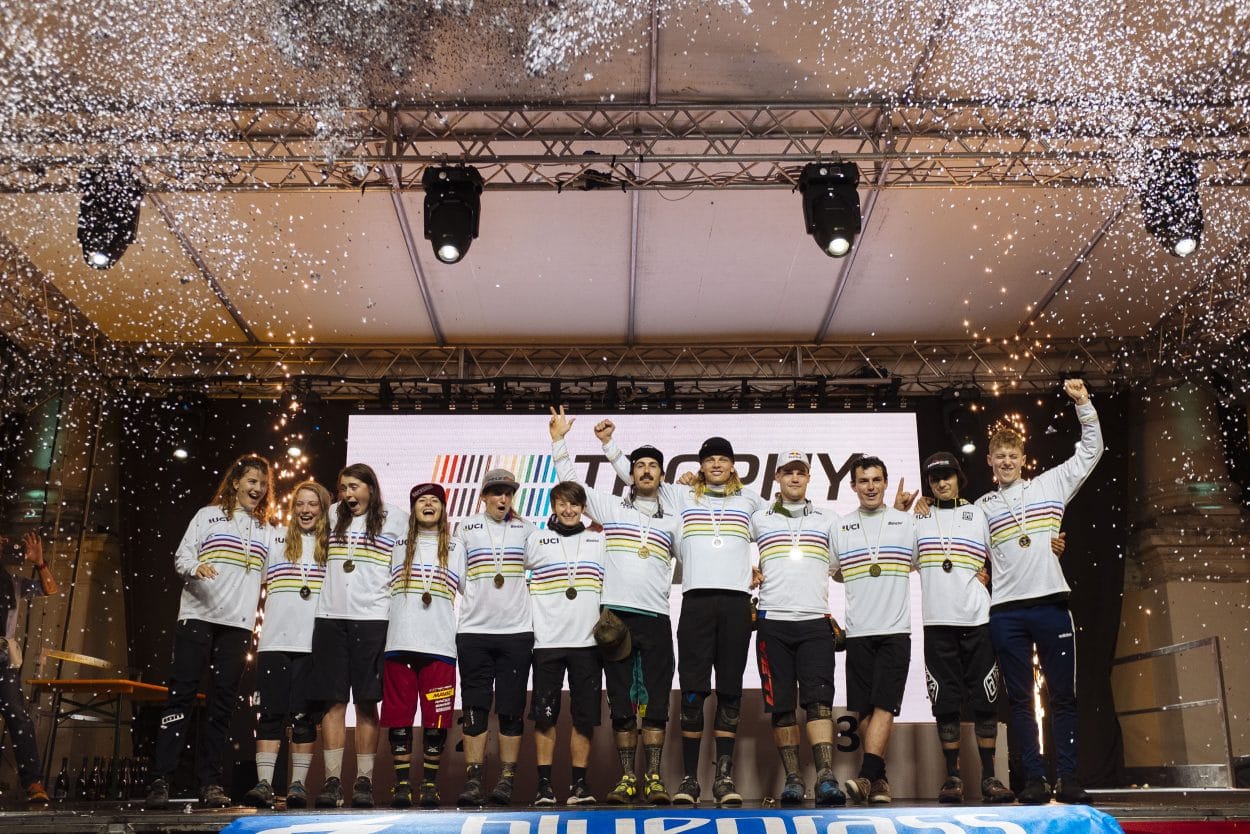 The Trophy of Nations and the final round of EWS-E will take place in Finale Ligure, Italy this September

And whilst the series champions may be decided in France, there’s still one of the largest events of the year to go – the Trophy of Nations in Finale Ligure, Italy. This celebration of the sport sees Industry, Rider and Nation trophies up for grabs at the biggest race of the year, all set against the stunning backdrop of the Italian Riviera. It’s also the location for the final EWS-E round, and where the EWS-E Champions will be decided.

“We’re all really excited by the 2021 calendar – it’s a great mix of established and new venues.

“We’re especially excited to offer two USA rounds for the first time and expand the EWS-E to
five rounds.” 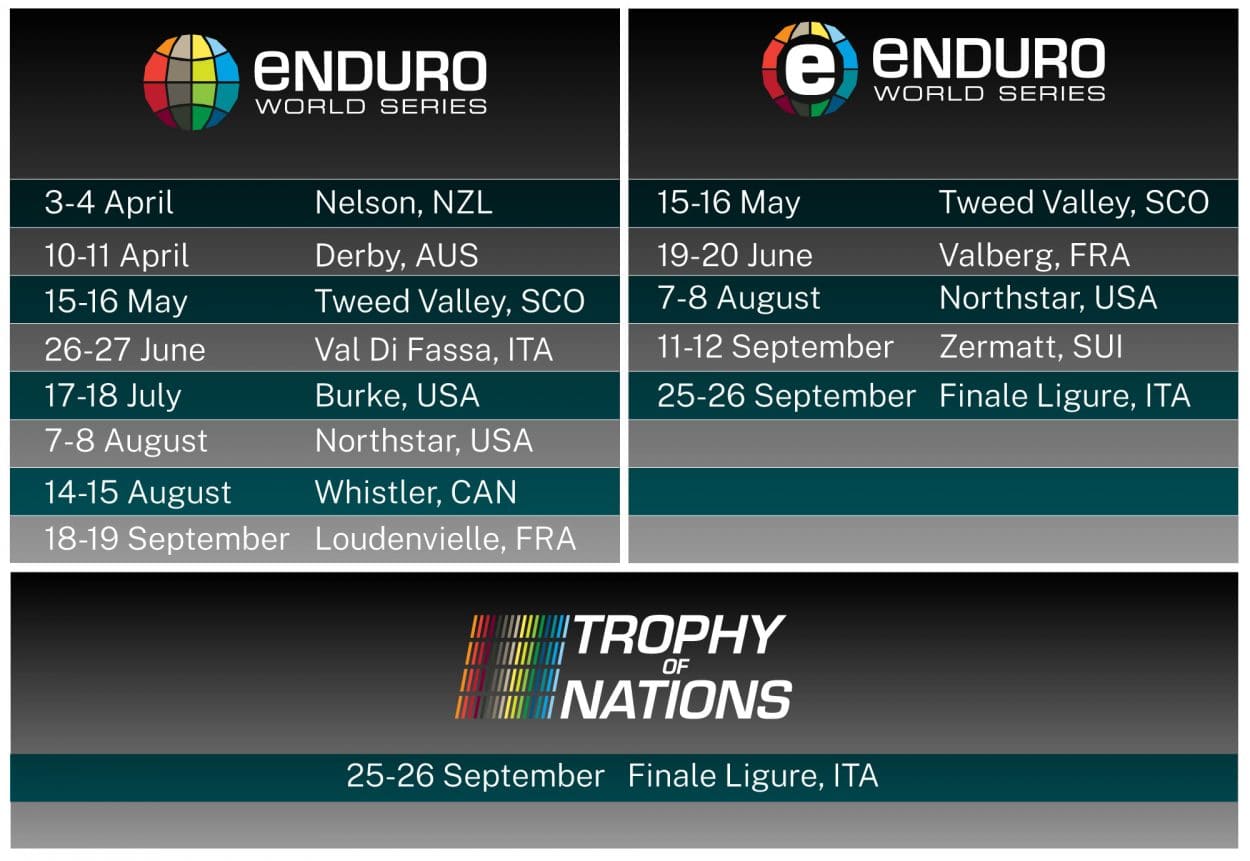