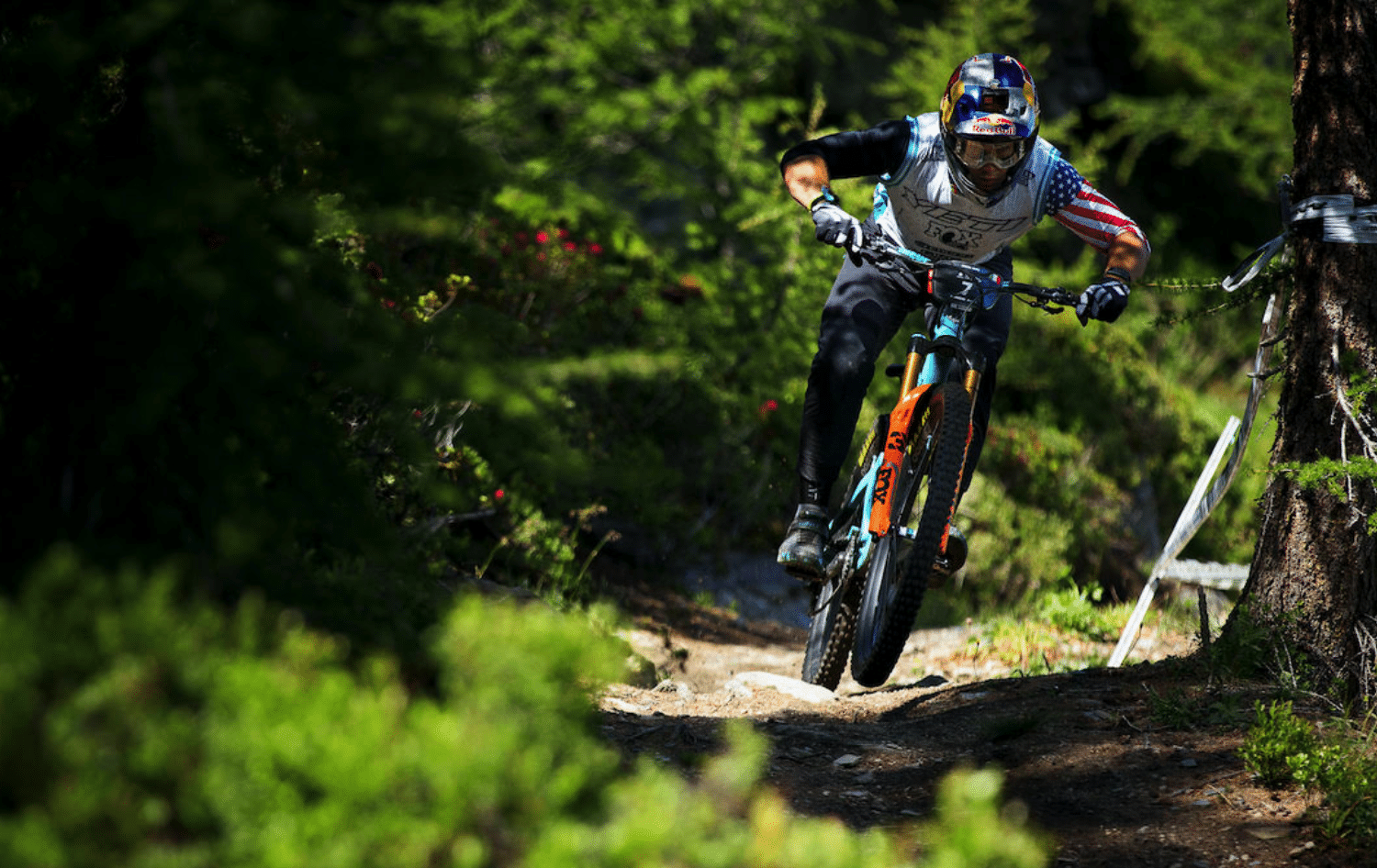 Richie Rude, on his way to the win.

In a season where the racing only seems to get closer, Vittoria EWS La Thuile continued the theme by serving up a race that went down to the wire.

The third round of the series saw both the men’s and women’s races head into the fourth and final stage of the day with less than a second separating the race leaders from their nearest rivals. It was a suitably dramatic ending for a race that proved electrifying from the start, with racing that came down to tenths of seconds. 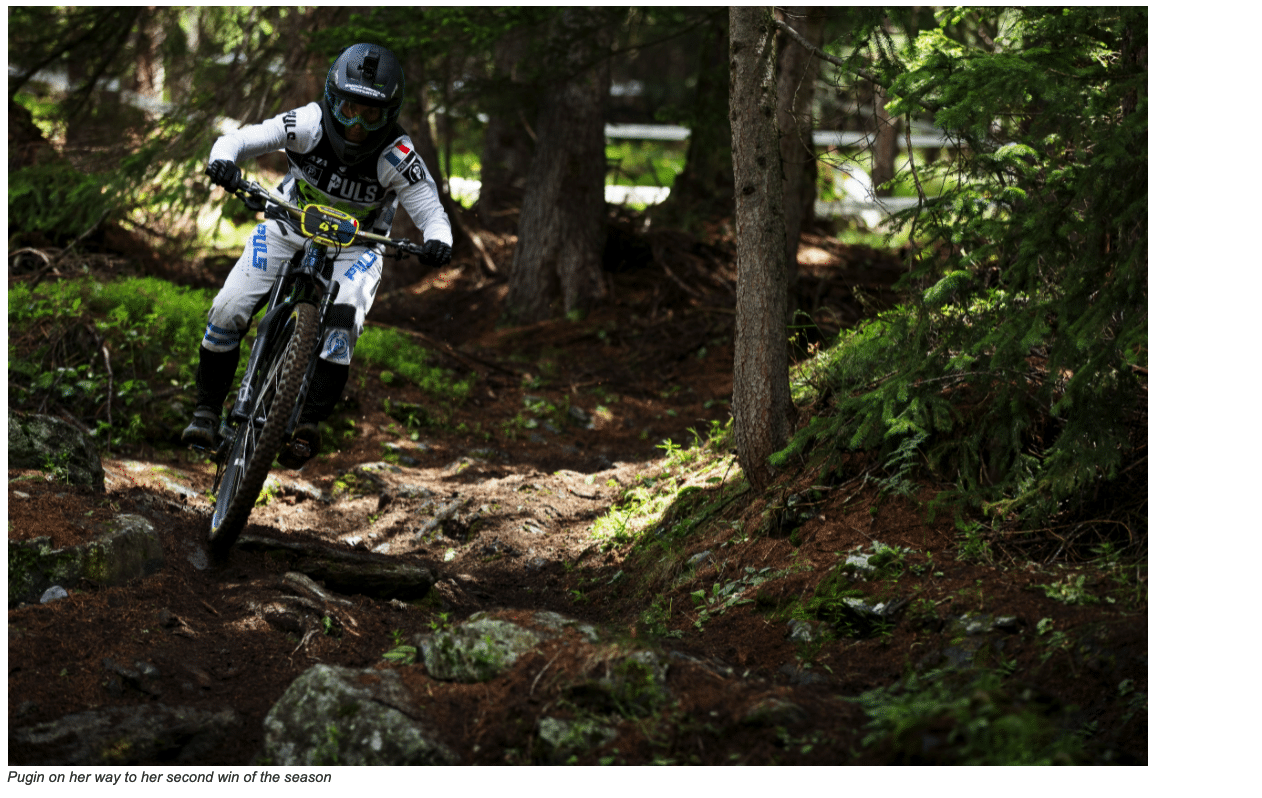 In the women’s race Isabeau Courdurier (Lapierre Zipp Collective) took the early lead after winning stage one, leaving series leader Melanie Pugin two seconds back in second place, only for Pugin to win stage two with a three-second margin. Courdurier would then take stage three, culminating in the tightest margin in the women’s race to date as they prepared to battle the Queen Stage; with Courdurier ahead by less than half a second.

Enter the arena Harriet Harnden (Trek Factory Racing), who went on to win the Queen Stage by an incredible ten seconds ahead of Pugin. A fall just ahead of the climb on stage four put Courdurier’s podium dreams to bed and Pugin went on to claim her second win of the season. Harnden’s Queen Stage heroics propelled her into second place and a consistent day’s riding rewarded Andreane Lanthier Nadeau (Rocky Mountain/Race Face Enduro Team) with third place.

Things were no less dramatic in the men’s race, with race one winner Richie Rude (Yeti/Fox Factory Racing) beating series leader Jack Moir (Canyon Collective) on the first stage of the day by less than a second. Rude made it two for two on the next stage – this time only holding off Moir by under three-tenths of a second. Martin Maes (GT Factory Racing) broke up the party on stage three, but heading into the fourth and final stage of the day it was still Rude leading out the overall by less than a second over Moir.

Rude put the power down on the Queen Stage and it showed, extending his lead to two seconds and forcing Moir to settle for second place. Maes had held third place throughout but a disappointing Queen Stage saw him drop to ninth and Adrien Dailly (Lapierre Zipp Collective) climb the ranks to finish the race in third.

In the U21 Men, Luke Meier-Smith of Australia took a clean sweep of the stages to win the race, with round one and two winner Jamie Edmondson in second and Jackson Goldstone rounding out the podium in his first full EWS. Simonka Kuchynkova took U21 Women, with round two winner Sophie Rive in second and Helen Weber in third.

Canyon Collective was Team of the Day, followed by Rocky Mountain Race Face in second and Orbea FOX Enduro Team in third. Canyon now leads the team overall by 90 points ahead of Pivot Factory Racing.

The series kicks back into action with round four on Saturday, with the Pro Stage first on the agenda, followed by four more stages on Sunday. In the men’s race, Richie Rude will take to the start line with a 65 point lead ahead of Jack Moir who lies second with Jesse Melamed (Rocky Mountain Race Face) in third.

In the women’s category, Pugin has extended her series lead to 205 points, with Morgane Charre (PIvot Factory Racing) now in second place and Isabeau Courdurier dropping back to third.

Complete results from today’s race can be found here and updated series rankings are available here.