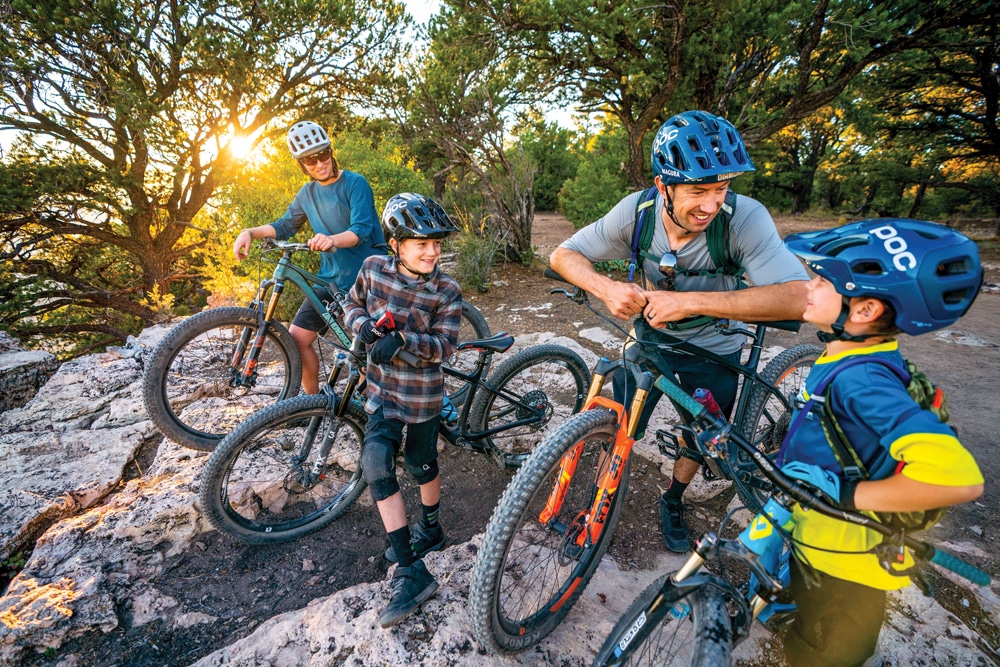 Owen is basically a 7-year-old stand-up comedian, keeping the whole crew in stitches at every stop.

“Are we there yet?” Everyone reading this has either said this phrase as a kid or has heard it as a parent. It’s an American tradition, passed down from generation to generation. Most of us have memories of jumping in the family station wagon, asking if we’re there yet, sitting in traffic, asking again, fighting with a brother or sister and, of course, having an amazing time in between. Having made a career out of riding bikes in cool places, I wanted to share the experiences I’ve had with my family. My boys are 7 and 9 years old, and even though they’ve lived their whole lives in Utah, they have never been to the Grand Canyon. My wife Megan grew up in Alaska, and she still hadn’t been to the “Big Ditch,” either. 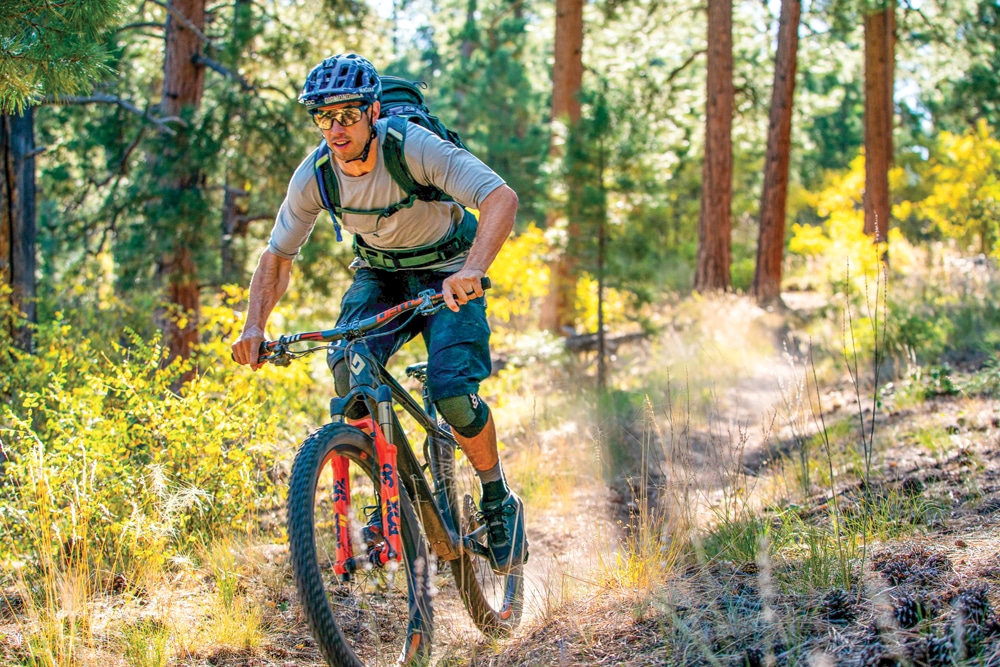 Camping allowed for plenty of time for dad-only fast rides as well, and Porter took full advantage of that!

When planning trips, I try to pick the best location, as well as timing, to ensure a great experience. With the overcrowding of national parks these days, we’ve been choosing more low-key areas for family trips, but with some planning I figured I could pull off a Grand Canyon trip and make it special. Part of me wanted to wait until my kids were old enough to remember a trip like this. The other part just simply didn’t want to deal with all of the crowds the Grand Canyon is known for, but my wife and I decided now was the time to do this.

With that in mind, I did a lot of research trying to find somewhere we could have the canyon to ourselves, but also somewhere with great mountain biking! Since you can’t ride singletrack in most national parks, that narrowed it down to the North Rim and the Rainbow Rim trails. The Rainbow Rim trail sits in the Kaibab National Forest, and is built and maintained through volunteer work and close partnerships among the National Forest, local trail groups and, of course, IMBA. Ninety percent of its users are mountain bikers, but it is also used by hikers and horseback riders. Access to the trail isn’t easy; it’s a couple of hours on mostly dirt roads from the closest town, and four-wheel drive is strongly recommended. There is plenty of dispersed camping in the area, but there are no actual campsites with hosts. And if you are going to ride the trail, you’re likely going to be camping there as well. 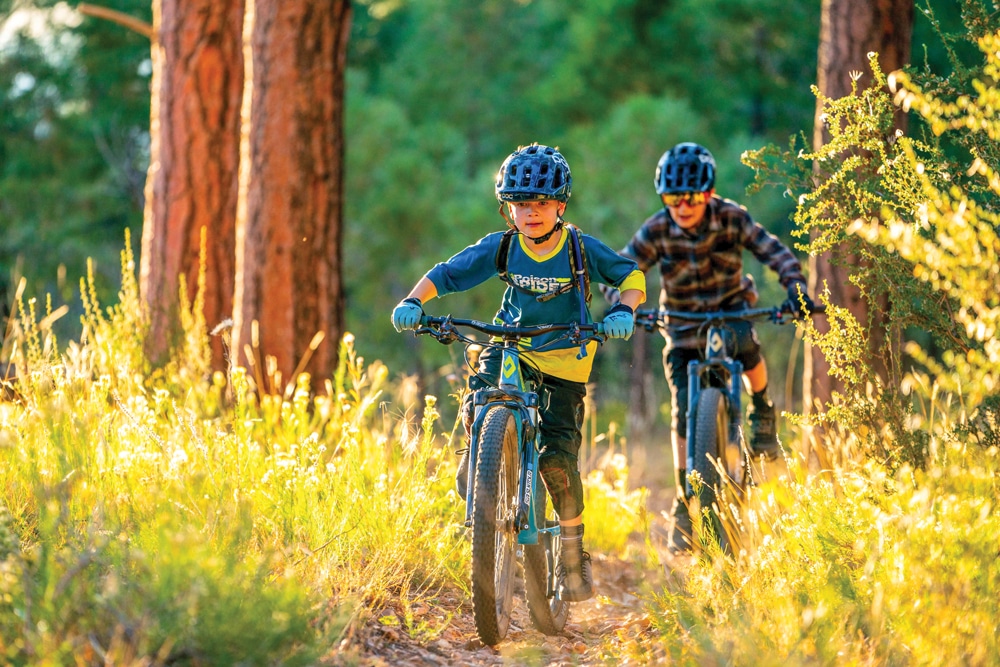 Owen leading the way for his older brother Milo, excited to be in front for once!

Our original plan was to embark on this journey after the last day of school for the year in June, but my 9-year-old Milo, unfortunately, broke…