Pushing the boundaries of cross-country weight and capability

Canyon’s Lux has been its cross-country model for several years now, with the previous iteration introduced in 2018 followed by the Lux Trail just last year. Canyon ups the ante once again with an all-new Lux World Cup. As the name implies, this new Lux is a more narrowly focused race bike designed to compete at the highest levels – something the old version has done quite well under Mathieu van der Poel and Pauline Ferrand-Prévot as recently as 2020. The Lux World Cup is claimed to be the lightest in the world with the frame weighing in at just 1,535 grams. And Canyon claims to have done this while making it stiffer and stronger as well as more capable with aggressive geometry.

Weight is a massive factor for cross-country racers who count every gram. Canyon’s Lux World Cup is claimed to be 127 grams lighter than its predecessor without sacrificing strength or stiffness. In fact, Canyon says that it’s not just stiffer but passes the same Category 3 testing standards as its Neuron trail bike. There are two levels of Lux World Cup frames. The CFR weighs in at 1,535 grams for a size medium without shock, and the CF comes in at a still very lightweight 1,926 grams. Material and layup changes account for the weight difference, but Canyon says durability and core features are the same between the two versions.

Geometry has evolved quickly with World Cup-level race bikes getting longer and slacker, just like their longer-travel counterparts. The new Lux sees a whopping 1.5-degree slacker head angle that now comes in at 68.5 degrees while the seat angle steepens by a half degree to 75 degrees. Reach has lengthened by 15mm, coming in at 470mm on our size large test bike, but this is paired with a shorter stem to keep fit relatively unchanged. Chainstays get 5mm shorter to keep the bike snappy and quick handling too.

Hydration matters more with cross-country riding and racing than just about any form of riding, so Canyon gives the Lux World Cup not just one but two water bottle cage mounts that hold large bottles on all frame sizes – even extra small! Another racy detail on CFR models comes in the form of CeramicSpeed SLT bearings in the bottom bracket, headset, and linkage pivots. These high-end bearings feature an oil-encapsulated solid plastic polymer and stainless steel materials and they come with a lifetime guarantee. Cables are internally routed from the headset all the way back to the stays with internal guides making service a snap.

One of the reasons the Lux is so lightweight is because of its suspension design. The 100mm travel design uses flex stays instead of traditional bearings to shave grams. Canyon says that slight tweaks to the shock position and rocker link as well as the anti-squat and general kinematics have resulted in the most efficient Lux yet. Canyon also improved the Lux’s rocker, which is hidden beneath the improved shock extension, and made both lighter and stronger through carbon-injection-molding in the shock extension and carbon-compression-molding the CFR’s frame rocker. 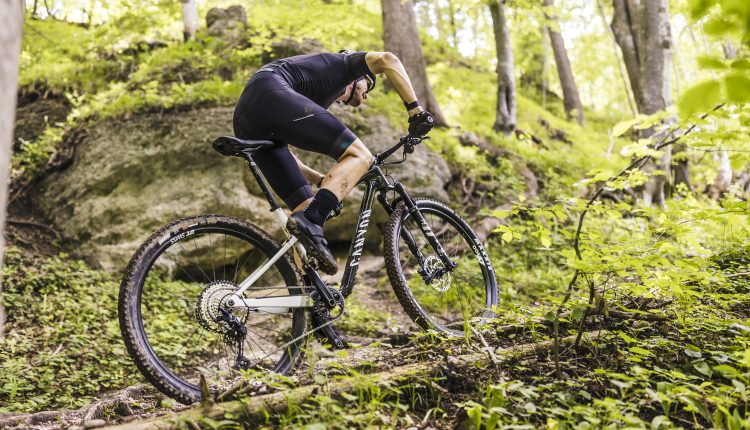 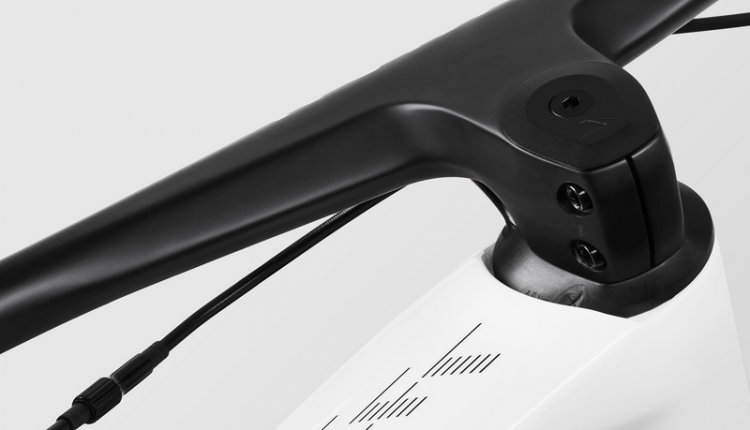 Circumstances and test bike arrival meant that this is a true first ride impression – as in one ride. After a quick setup and sag adjustment, it was off to a race that most of us have participated in: racing darkness. Few things will make you pedal harder or with a greater sense of urgency than the fear of riding home in the dark without a light. In a way, it was the perfect first ride test.

The first thing you’ll notice about the Lux is how light it is just picking it up, at 23.3 pounds, and this carries over to the trail. It has that hardly-there feel that comes with lightweight race bikes like these. It is also an incredibly efficient pedaler, wasting little to no energy while smashing away at the pedals. There is a dual remote lockout switch, but it is most useful for preventing excessive movement from the fork while charging out of the saddle on smoother terrain.

We figured it would be light feeling and efficient, but what probably caught us by surprise the most is how strong and sturdy-feeling the Lux is. We have tested heavier frames that didn’t feel this solid. Handling with the new geometry delivered a few surprises. It’s in line with most modern XC race bikes and far more capable than its predecessor, which some of our wrecking crew felt was a bit twitchy and nervous at times. Now the Lux is seemingly quite predictable, especially while riding the trail by feel in the darkness. We would like to install a dropper post and really give it the beans before drawing any solid conclusions. Look for a long-term review in the pages of Mountain Bike Action and here on the website after we get more rides and test riders on the bike.